What is OpenSea: The Peer-To-Peer NFT Marketplace

OpenSea is a rare unicorn in the NFT ecosystem that is valued at $1.5 billion. This peer-to-peer marketplace is one of the most widely used globally and has seen a dramatic rise in 2021. Record revenues in June were remarkable, especially considering the market downturn for the last two months. After a $100 million funding round in July, OpenSea now joins NBA Topshot as one of the NFT ecosystem’s billion-dollar unicorns. 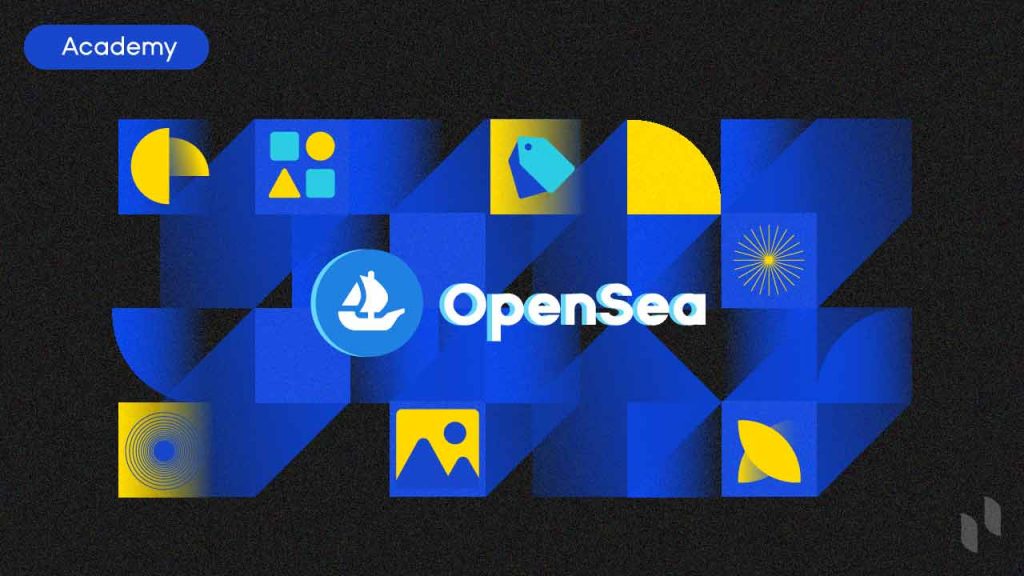 OpenSea is a marketplace for buyers and sellers of non-fungible tokens (NFTs). The NFT landscape has evolved rapidly since 2017, and now NFTs are most commonly used to represent audio, video, and images. Their digital ownership properties are suitable for the creation and sale of digital artwork, collectibles, game items, and event tickets, with ever more sophisticated applications still to come.

On OpenSea, every type of NFT can be bought and sold. Think eBay for digital art and collectibles. What separates OpenSea from its main rivals – NiftyGateway and Superrare – is its simplicity. The average user can easily create NFTs to sell. This has proved to be an attraction to the platform and has been a key driver of user adoption.

Not only can people buy and sell art, but they can also see how their personal creations fare on the open market. NFT marketplaces provide a very immediate way to have a relationship between the buyer and the seller. An artist can experiment with their work and see if it has value on the market. Buyers may purchase these NFT products because they like the artwork, see investment potential, or because they want to support the artist, among other uses.

In addition, OpenSea’s interface is clear, which is not always the case with many NFT sites. Minting your own NFTs is sufficiently intuitive, and there are a number of parameters you can play around with. Variable royalty fees on subsequent sales in the secondary market provide the potential for passive income. As the creator of an NFT, you can choose to receive a percentage fee for any further sales. An overly greedy creator, though, may stifle sales.

Another feature is unlockable content, essentially hidden data, for the buyer’s eyes only. There are certain gaming applications for this, but its potential mostly remains untapped.

Another positive aspect of OpenSea is its willingness to go multi-crypto and multichain. It is possible to price your items in whichever cryptocurrency you wish, provided it’s on the Ethereum blockchain. In the future, OpenSea will make it possible to trade NFTs on the Flow and Tezos blockchains. Speaking on the Unchained podcast, OpenSea’s CEO Devin Finzer said, “some things are not immediately interoperable. We can support everything eventually, but we evaluate things on how much demand there is from users.” He added, “our belief is that we are going to live in a very multi-chain world over the coming years. It’s not going to be just a single chain that dominates everything. It will be a bit messy for a while.”

What Is Available on OpenSea?

OpenSea has a number of different categories, which shows how diverse the NFT space is. OpenSea is a major NFT player, particularly because it contains: OpenSea’s clear, user-friendly interface makes for an easy experience for beginners, even when it comes to creating NFTs. (Source: OpenSea)

How Does OpenSea Make Money?

OpenSea makes its money from a standard transaction of 2.5% placed on all sales on its platform. Unlike other platforms, there is no additional charge on buyers. OpenSea is generally cheaper than other platforms, some of which charge as much as 7.5% per sale.

OpenSea vs. Superrare: What’s The Difference?

Technically speaking, any NFT that you can buy or sell on Superrare can also be bought and sold on OpenSea, but there are some differences between the two.

While OpenSea is a catch-all for NFTs, attracting all comers, Superrare has built a reputation as a marketplace for a more sophisticated digital art scene that also focuses on exclusive collections. If you are selling an NFT, Superrare will charge you to list, whereas OpenSea will only charge you upon a sale. Both are built on the Ethereum network, and Opensea allows you to pass on the gas fee to the first buyer if you wish.

Devin Finzer, OpenSea’s CEO, has said that they are not gatekeepers and they do not wish to censor peer-to-peer transactions on their marketplace. Despite this, the marketplace clearly maintains its authority in a centralized manner. Fraudulent Cryptokitties and Cypherpunks will be taken down along with all other copyrighted materials. Finzer has spoken of a Silk Road type of marketplace being a possibility in the future, but it is not a road his team wants to go down.

Their policies were tested this year when Matthew Hickey of security firm Hacker House raised questions about how much freedom to buy and sell users should have. Hickey posted information, backed by an NFT, about a vulnerability in the Quake 3 first-person shooter engine. The buyer of the NFT would have been able to cause a denial-of-service to the gaming network. Perhaps unsurprisingly, OpenSea stepped in and took the NFT down, denying any sale on their platform. OpenSea’s move caused a controversy of its own. The blockchain community does not take well to censorship, and the indication of centralization on NFT marketplaces was, once again, discussed. Hickey responded to the takedown by saying, “I don’t think there should be any restrictions on the type of digital asset someone should be able to sell, I believe that the current centralized exchange model of NFT should become decentralized to allow direct peer-to-peer transfer of such assets if the technology is intended to really change the concepts of IP, copyright, digital rights management, and other digital rights as it has the potential to disrupt.” If OpenSea has the ability to step in and control sales and purchases on the site, is it really the decentralized protocol that many in the blockchain community are aiming for? The Hickey NFT also came on the back of the March 2021 NiftyGateway hack. The NFT marketplace accessed its users’ NiftyGateway wallets to track some of the stolen NFT artworks and restored them to their rightful owners. This was good news for the owners, but another wake-up call to those who want decentralization. It remains to be seen whether we will ever see a truly decentralized marketplace. There is a question about whether it’s possible, especially considering these marketplaces have responsibilities to many different actors in the NFT ecosystem.

What Is the Future of OpenSea?

OpenSea’s recent round of funding was led by venture capital firm Andreessen Horowitz and included investment from the likes of Kevin Durant and Ashton Kutcher. There is a lot of support and usage – OpenSea is consistently in the top five in DApp marketplaces on DappRadar. But there is also a great deal of competition in the industry, which is only just getting started. Devin Finzer himself, shows no concern about the competition, commenting on Unchained that the current NFT buzz is “a rising tide lifting all boats.” The future of NFTs really is wide open, and there is no saying who will prove successful over time.

Expanding to other blockchain networks like Tezos, Klaytn, and Flow over the coming months may bring in new users and have OpenSea leading the way in NFT cross-chain interoperability. It may also ensure OpenSea will be involved, whatever direction NFTs go in. “It’s getting much more interesting than one-off art sales,” Devin Finzer said. “The art is still really cool, but crypto gaming, event ticketing, domain names, those sorts of use cases I’m excited about.”

OpenSea is a good place to start for beginners who want to create their own NFTs at a low cost and with very little difficulty. People are continuing to use the site and transacting despite high gas fees and market ups and downs. OpenSea is in a good position as a leading marketplace and is positioning itself as a platform for a multi-chain world.