What is Penguin Finance (PEFI): Combining DeFi with Gaming Elements

Launched on April 1, 2021, Penguin Finance (PEFI) is a third-generation yield farming project that is building a set of decentralized applications (DApps) and decentralized finance (DeFi) products on Avalanche (AVAX). PEFI trades at $2 per token with a capped supply of 21 million, for a fully diluted market cap of $42 million. The total PEFI in circulation is around 17 million, giving it a market cap of $34 million. 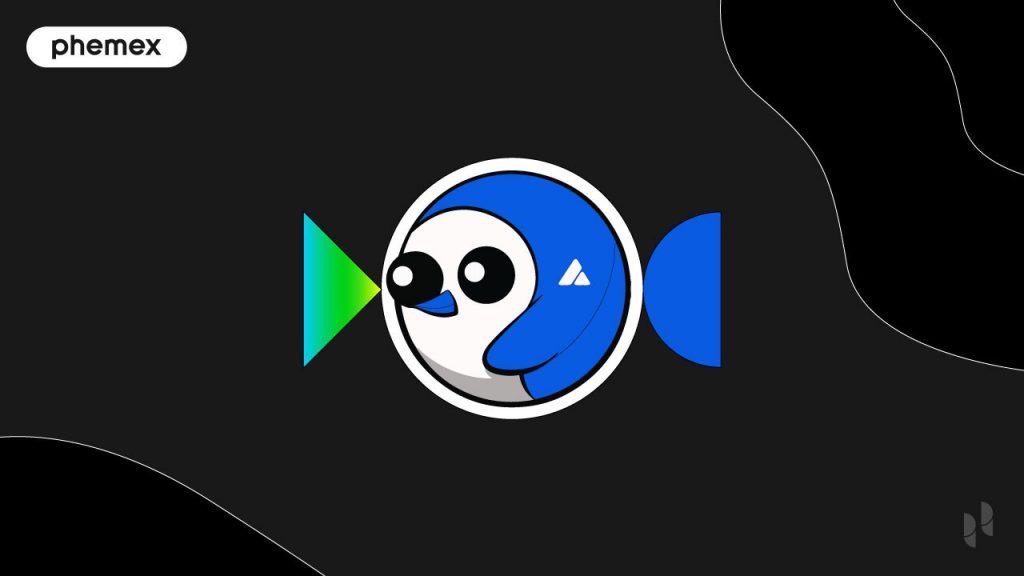 What Is Penguin Finance?

Penguin Finance is one of the DeFi hubs on Avalanche. It leverages the Avalanche Network’s sub-second transaction finality, low fees, and decentralization to provide services such as staking, yield farming, and gaming. Transactions are finalized within one to two seconds compared to Bitcoin’s (BTC) average time of 10 minutes. Moreover, the transaction fees cost only a fraction of the gas fees required on Ethereum’s (ETH) network.

One core principle of Penguin Finance is decentralization. It claims that it is built for users (called Penguins) by users. The project believes that the common token distribution methods such as initial DEX (decentralized exchange) offerings (IDO) and initial coin offerings (ICO) are centralized and contradict the nature of decentralization. Thus, as firm believers in decentralization, Penguin Finance states that there will never be a pre-mine, ICO, or IDO and that no venture capitalists will be involved in token distribution. Instead, the platform will fund development with its own funds and distribute its token (PEFI) to the community through airdrops and incentives for participation in the platform. 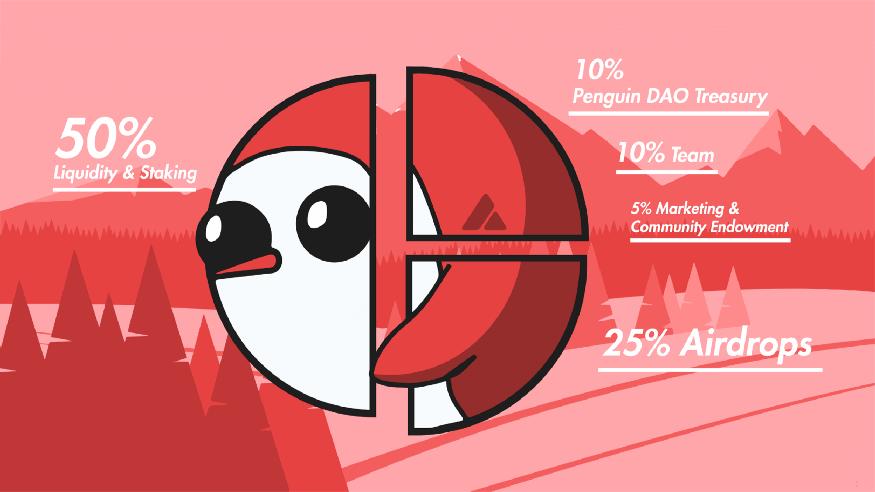 What Does Penguin Finance Offer?

Penguin Finance offers DeFi services such as yield farming (Igloos or Farms), staking (Nest), and an auto-compounder, and games such as Penguin Emperor and the upcoming Penguin Arena. Details of Penguin Finance’s products are as follows:

Penguin Finance plans to offer more products. For example, it plans to release the Penguin Launchpad for new projects looking to distribute their tokens and an interactive game called Penguin Arena that utilizes non-fungible tokens (NFTs) within 2021. There are also plans to release a new staking protocol called Club Penguin where users can stake iPEFI to earn tokens from other popular Avalanche projects.

What Is Penguin Finance’s Native Token?

PEFI is Penguin Finance’s native token. The token powers the platform and is used for the services mentioned above: yield farming, staking, games, and fees in other DApps. Penguin Finance has plans for a governance system called Penguin DAO (decentralized autonomous organization). In the Penguin DAO, users staking PEFI will propose and vote for changes to fees, token mechanisms, and DeFi parameters, thereby creating a truly decentralized ecosystem. According to their roadmap, the Penguin Finance team expects to launch the Penguin DAO in the third or fourth quarter of 2021.

Penguin Finance has implemented a deflationary burning mechanism. PEFI tokens are destroyed and removed from the supply, thereby increasing the scarcity of the tokens and ultimately increasing the token’s value in the long run. 1.69 million PEFI have been burned, which is around 10% of the current circulating supply.

This burning mechanism triggers when users withdraw their tokens from the liquidity pools (or Igloos), users are charged a 4% fee. The protocol then takes 75% of that fee (3%) to buy back a particular amount of PEFI tokens and burn them. There is also a withdrawal fee decay for the initial five pools (such as PEFI/AVAX, PEFI/PNG, and AVAX/ETH) on the platform, where the fee decreases once every two weeks until it reaches 1%. The burning of the withdrawal fee may be removed in the future as Penguin Finance plans to redistribute 100% of the withdrawal fee among the PEFI token stakers.

Who Is Behind Penguin Finance?

Frostbyte is Penguin Finance’s co-founder and project manager. He handles the hiring process, accounting, and other administrative activities. In addition, Frostbyte is a part of the development team and takes part in developing the front-end and back-end applications needed by the project.

On April 4, 2021, Penguin Finance launched the Penguin Nest, which is the staking protocol where users can stake PEFI and receive iPEFI in return. The launch of this protocol boosted the price from $4.50 to an all-time high of $6.50. However, the price plummeted afterward to under $0.50, down around 8% from the historical peak.

However, on May 2, PEFI’s price rose to almost $3.50 following the launch of Penguin Emperor on April 30. Nonetheless, a price correction saw PEFI’s price return to a range of $0.40 to $0.80. The sideways movement continued until August 18 when Avalanche announced its $180 million DeFi incentive scheme, which boosted PEFI’s price to $3.60. After that, however, the price dropped again as interest waned. Currently, PEFI trades at $2 per token, which is around 30% of the all-time high. 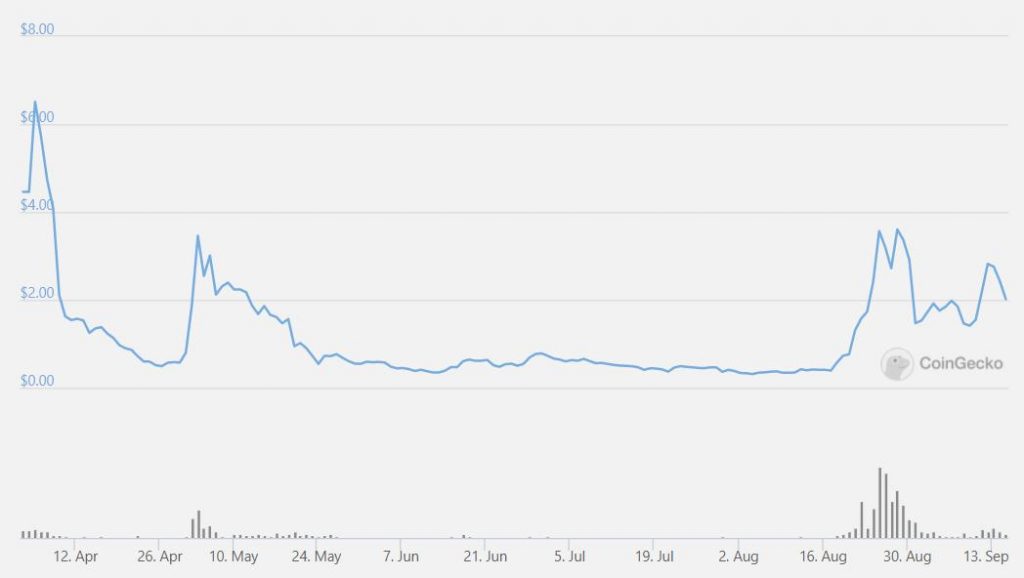 What Is the Outlook for Penguin Finance?

As a newcomer, Penguin Finance has many competitors, both outside of and within the Avalanche Network. Its competitors outside of Avalanche include the top liquidity mining platforms Uniswap (UNI) and Sushiswap (SUSHI). These platforms have billions of dollars in Total Value Locked (TVL) and thousands of pools compared to Penguin Finance, which has less than $1 million in TVL and less than 20 pools. In addition, Penguin Finance’s limited number of pools and poor pool diversification also cause it to lose against other platforms in the Avalanche ecosystem, such as Yield Yak (YAK), which has almost $250 million in TVL.

Nonetheless, compared to its competitors, Penguin Finance combines gaming elements and NFTs to the world of DeFi with Penguin Emperor and the upcoming Penguin Arena. By making iPEFI a requirement to participate in such games, the platform may attract more users to provide liquidity and stake LP tokens at the liquidity pools. Additionally, Penguin Finance plans to bridge to other blockchains, making the platform more convenient. The convenience may attract more users to provide liquidity, thereby boosting the platform’s TVL.

Penguin Finance is also looking to list its PEFI on top-tier centralized exchanges (CEXs). According to their roadmap, the platform is negotiating with various parties to provide CEX support without compromising the token price and their vision of decentralized token distribution. The listing of the PEFI token on major cryptocurrency exchanges in the future may give the token price a boost and allow more users to buy the tokens and participate in the Penguin Finance ecosystem.

Penguin Finance is a new liquidity mining project built on Avalanche, and its native token is PEFI. Users can stake LP tokens in the liquidity pools and receive additional LP tokens and PEFI as rewards for providing liquidity. Other than yield farming, the project also offers staking and games. For example, users can stake PEFI to receive iPEFI, which users can then use to participate in the Penguin Emperor game and other future activities. As a newcomer, Penguin Finance lacks TVL and pool diversification compared to Uniswap and SushiSwap, and other Avalanche platforms such as Yield Yak. Nonetheless, Penguin Finance plans to launch an NFT-based game called Penguin Arena and list its PEFI token on CEXs, which will hopefully attract more people to participate in the ecosystem.