What is The Dual Token Model: Staying Out of Trouble in ICOs

The 2017 wave of Initial Coin Offerings (ICOs) gave rise to the previously inconspicuous dual token model. Under this model, a blockchain project issues a utility token to fuel transactions on the platform, as well as a second token to secure funding from the public for the project.

The rise of the dual token model was largely a response to the higher scrutiny paid to ICOs by the US government. However, the model is not exclusive to ICO-fueled projects. For example, the best-known dual token platform — MakerDAO (MKR and DAI) — has never held an ICO. What Is a Dual Token Model?

The dual token model occurs when a blockchain project issues two tokens – one for fundraising and the other for utility. In 2017, the large number of ICOs attracted the attention of the US Securities and Exchange Commission (SEC). The commission’s position was that the tokens offered in these ICOs had to be treated as securities under US law. In essence, this meant that tokens used in the ICOs had to provide a clearly-defined ownership stake in the platform, including the right to future dividends and interest from the project’s profits.

Treating transactional utility tokens as securities could lead to legal compliance requirements that would be too inflexible for the entire platform’s operation. Additionally, ICO issuers would be at risk for potential violations of securities law.

To avoid these complications, many projects started following the dual token model for ICOs. One token, the security token, is issued at the ICO stage to obtain investor funding for the project. To comply with securities law, this token gives its holder the rights to an ownership stake in the project, as well as potential rights to future dividends and profits.

The second token, the utility token, may be issued at any stage – before, during, or after the ICO. It acts as a normal transactional token on the platform. It is used similarly to other blockchain tokens such as Ethereum (ETH) or Bitcoin (BTC).

Under the bundled format, an ICO issued with both thesecurity token and the utility token released.

Though ICOs were a major driver of dual token projects, a project using the dual model does not necessarily need to be ICO-based. In the non-ICO format, a security token is unrelated to the ICO securities law compliance requirements. In fact, it may not necessarily be termed a “security token”. The role of both tokens in such a project may be somewhat different.

The most obvious example of the non-ICO format is Maker DAO, the largest dual token Distributed Finance (DeFi) project in the world. Maker’s DAI token is used to provide loans to the users of the platform. The loans are collateralized using ETH that users pay into a “vault” on the system. DAI is a stablecoin that maintains a 1:1 peg to the USD.

Maker’s second token — MKR, is used to give its holders governance rights on the platform. MKR owners can vote on important decisions affecting the operations of the platform.

Maker’s example shows that the security vs utility token differentiation might not always apply to non-ICO dual token projects. In Maker, DAI can be described as a utility token enabling the platform’s key functionality — lending. On the other hand, MKR is a utility token that features mostly governance rights. 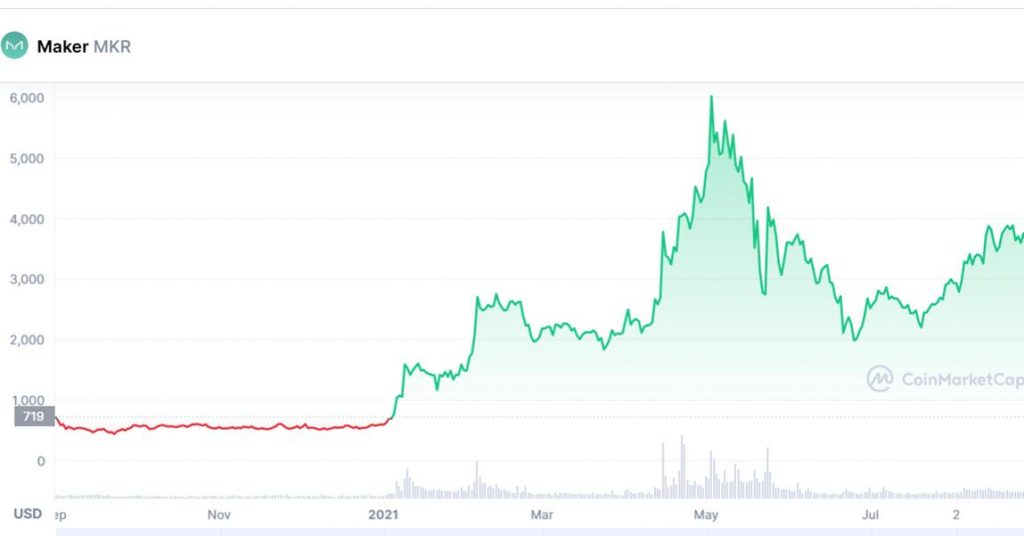 Advantages of the Dual Token Model

The most obvious advantage of the dual token model is legal compliance with the SEC regulations. By issuing a security token that guarantees ownership rights on the platform, project founders will minimize any regulatory risk.

Another advantage is raising trust and interest in the project from more cautious investors. Many blockchain projects and ICOs still suffer from an aura of instability. Issuing SEC-compliant security tokens is a key to project a more stable and legally-compliant image.

Disadvantages of the Dual Token Model

While the dual token model has a number of advantages, there are a couple of potential disadvantages. First, the model might be confusing to investors who are not well-versed in the mechanisms of blockchain or of the new platform.

Another disadvantage is the ever-present potential for conflict of interest between holders of the two tokens. Those who hold security tokens and those who hold utility tokens are often different, so their goals and incentives may also differ.

In September 2020, a conflict of interest problem occurred on Maker. After DAI holders lost around $2,500,000 USD from their vaults on the system, the platform users decided against compensating them during a governance vote. Since MKR, not DAI, is the governance token, only MKR holders had a say in how to deal with the lost funds.

Although dual token projects represent a minority of all new blockchain startups, the number of projects is likely to increase due to increasing scrutiny from the US government on ICOs.

The model is also well-suited for stablecoin projects. While one utility token is used to enable common transactions and might see volatility based on user demand, the second token can be a stablecoin with a pegged rate.

Stablecoin projects are expected to grow, fueled by the potential of wider use in digital payments. This could also mean an increase in dual token platforms.

Since 2017, dual token blockchain platforms have experienced significant growth. Fueled by ICO regulations, the security and utility token model has become the most common case.

Given that both ICOs and stablecoin projects are expected to increase, we will likely see further increases in dual token projects.