What is Splinterlands: A Promising Strategic NFT Game for Web 3.0

Splinterlands is a strategic NFT card game with 260,000 daily users, operating on the Hive blockchain. Splinterlands players battle other players using cards. There are 500+ cards in the game. The Splinterlands crypto token “SPS” currently trades at $0.13 with a market cap of $48 million.

Splinters refer to the 7 elements in the game: fire, water, earth, life, death, dragon, and neutral (mercenary).  Each NFT card has a unique power with stats and abilities that help players win against competitors. 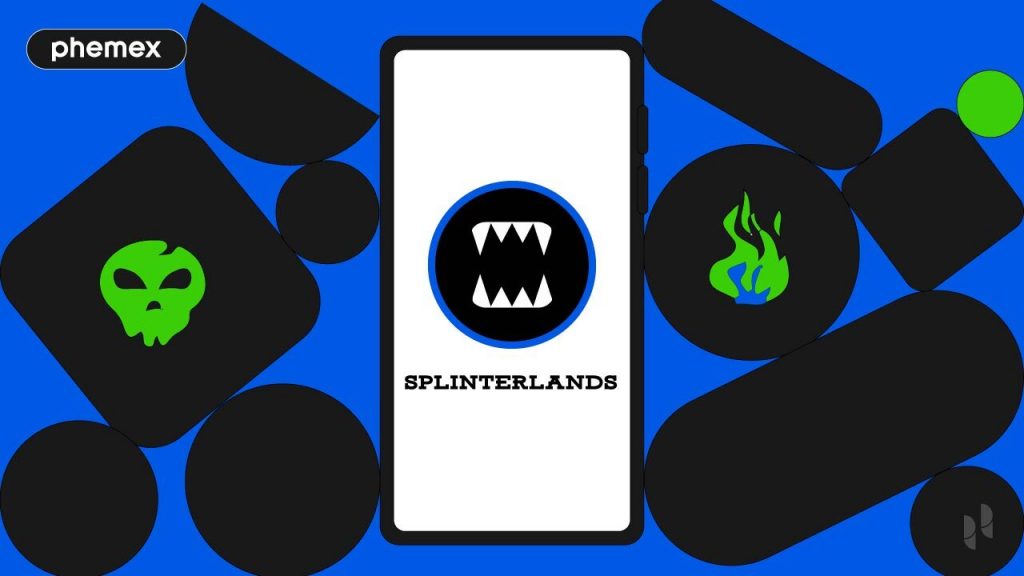 Sprinterlands vs Other Crypto Games

Similar to Metaverse games like Decentraland (MANA) and Axie Infinity (AXIE), the game allows players to buy, sell, and trade game cards on the NFT market. Splinterlands is not be confused with the Borderlands 3 Splinterlands, which is a popular map in a non-crypto game.

The difference between Splinterlands and other NFT games is that balance and NFTs are not tied to the user’s account in the game, but they are tied to their MetaMask wallet. They can withdraw and sell their NFTs on 3rd party marketplaces at any time.

Splinterlands cards can be combined for more powers and accessing different levels in the game. Users can play against other users, trade cards/land NFTs, earn rewards from battling, and participate in tournaments.

How to Play Splinterlands Crypto Game

Splinterlands is a card game that is played using NFTs (non-fungible tokens). Registration is free, and users can register by using decentralized wallets such as MetaMask or by using email.

Users can practice-play for free without affecting their ranking. However, to play the game for profit, a user has to deposit at least $10, which allows them to access the “Summoner’s Spellbook”.

The Spellbook is mandatory before players are allowed to battle for profit, trade on the market, earn rewards, or participate in tournaments. This fee is lower than other competitors, such as Axie, where users must deposit the equivalent of $500-600 to start playing.

The game’s built-in reward token is the “Dark Energy Crystals” (DEC) token. This token can be purchased on decentralized exchanges such as Pancakeswap and deposited in the game.

Once a user has access to the Summoner’s Spellbook, they can start playing and earning rewards that are paid out in DEC. The SPS token is merely the governance token that users can use to vote on game changes, but it is not used inside the actual game.

According to Dappradar, Splinterlands is one of the most-played NFT games in the world with over 260,000 daily players.

Splinterlands has hundreds of cards and land parcels. The land parcels were one of the most limited NFTs, and they all sold out in October 2021.

Splinterlands stands out from other games by allowing instant withdrawal of NFTs. If a user obtains or mints an NFT during gameplay, they can withdraw it to their MetaMask and sell it on the open market.

Dark Energy Crystals (DEC) is the main currency used in Splinterlands to pay rewards. Players can only win DEC if they have access to the Spellbook and they paid the $10 registration fee. If a player wins against another player, they are rewarded in DEC.

DEC can be purchased off the game on decentralized exchanges such as Uniswap and  Pancakeswap. They can use native currencies such as Ethereum and Tron to swap their balance for DEC and deposit it as balance in the game.

To win DEC inside the game, players can do the following:

Note: All of these for-profit features are only available to users after they purchase the $10 Spellbook.

Most players on Splinterlands join a “guild.” Guilds are teams of players that assemble to win battles and split the DEC rewards of playing.

If a player wants to stand a better chance at winning the game, they can invite their friends and form a guild. Winning more games means extra DEC bonuses and discounts in the game.

Splinterlands has bridges for the world’s largest blockchains, making it easy to onboard new users. The most used bridge is Ethereum. Users can purchase DEC on Uniswap and fill up their account balance directly to participate in games.

DEC can be converted to ETH, TRX, HIVE, and WAX. For example, if a user wanted to convert their DEC balance to TRX, they would need a Tron Network wallet such as TronLink and they can then transfer their balance to Tron. This helps them save money compared to higher Ethereum fees.

Users can also convert their Splinterlands cards to ERC-721 and sell them on OpenSea and other NFT marketplaces such as Rarible. New users can purchase more powerful cards on NFT marketplaces and stand a better chance at winning tournaments.

The token is used for purposes such as voting on changes in the game, changing card balances, inflation pools, DEC updates, tournaments, and other technical upgrades. The more SPS a user holds, the higher the power they wield over these decisions.

Investors who are in it for a profit and do not intend to play the game will likely be interested in the performance of the SPS token over the gaming NFTs. The SPS token is currently trading at $0.13 with a circulating supply of 389 million tokens and a maximum supply of 3 billion tokens. Most tokens are currently staked.

The SPS token is highly volatile. It peaked above the $1 range in three occasions in 2021 and then depreciated to the $.20 range, an 80% decrease from all-time-high.

SPS is currently trading near its all-time-low. However, it managed to rebound during the last crashes and it could possibly recover again if history is an indicator.

The SPS distribution at launch was the following:

Splinterlands is the largest project on Hive, it also had an effect on the price of the Hive token, causing it to rally nearly 250% in the summer when SPS peaked.

For Splinterlands farming, traders can read the official staking guide. Gamers who only wish to play Splinterlands will have no use for the SPS token.

The game can be played online on the website or on a mobile app; the desktop version has more features, however. In either case, users won’t be able to play for a profit unless they pay the $10 fee to purchase the Spellbook which is basically a wallet initializer for the game.

The low entry fee, access to multiple blockchains, and early-stage development mean that this could potentially be one of the best-performers with the rise of Metaverse projects. However, whether the SPS token picks back up to its all-time-high again remains to be seen.