What is Smooth Love Potion (SLP): Is It Still Worth Buying?

Blockchain-based gaming is a growing industry. Starting with the launch of the simple breeding game, CryptoKitties, in 2017, it has now evolved and caught up to become gaming as we recognize it — addictive, complex, and adventure or mission-based. As it is addictive, gaming guarantees a big audience, but some of today’s blockchain-based games introduce a whole new incentive to play — they are play-to-earn games. One of the most well-known and successful is the Ethereum-based game, Axie Infinity, which uses its Smooth Love Potion (SLP) token to run its earning function. The Smooth Love Potion price is currently $0.02 a token, with a market cap of $760 million and a circulating supply of 3.59 billion tokens (which is also its current total supply). What Is Smooth Love Potion (SLP)?

Smooth love potion crypto, known as SLP, is an ERC-20 utility token that can be earned and spent in the blockchain-based game, Axie Infinity. The token, which was previously called Small Love Potion (SLP) is one of two main tokens utilized by the game, these being SLP and Axie Infinity Shards (AXS). These two Axie crypto tokens have their own functionality within the game: 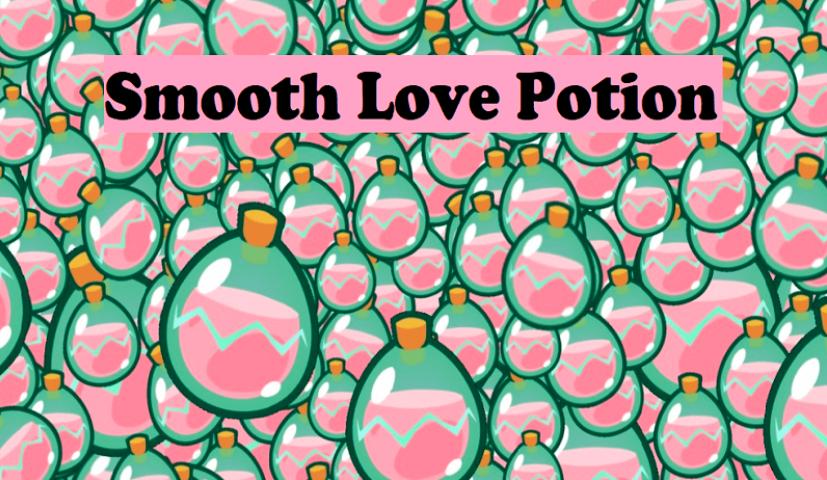 Outside of the game, SLP can be traded for other cryptocurrencies, such as ETH or BTC, meaning that it can then be traded for real-world fiat currencies. SLP is therefore the backbone of Axie Infinity’s play-to-earn design. 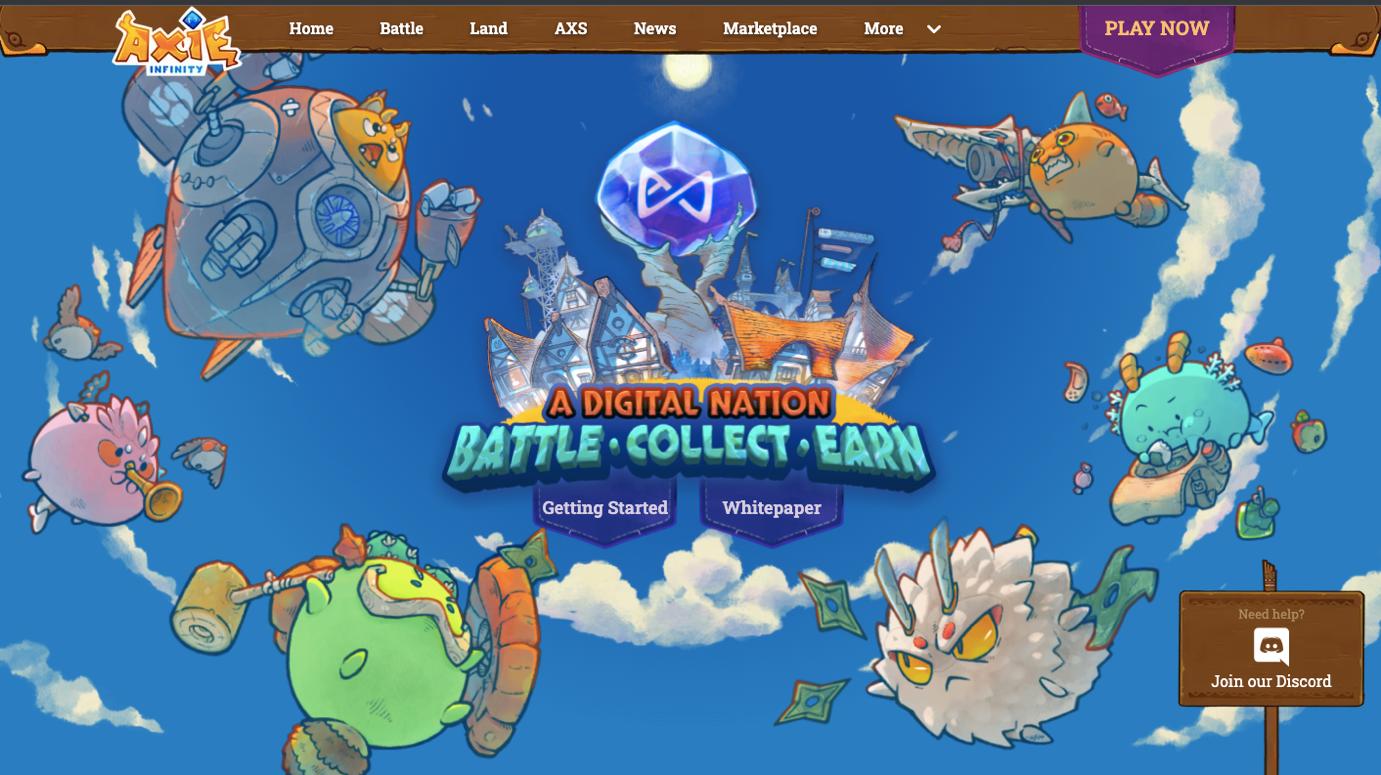 Is SLP An Inflationary Token?

SLP crypto could be considered an inflationary token, but it depends on the demand for the game at different times. The loop generally works in the following way:

The value of SLP therefore relies on a fine balance which is dictated by supply and demand. This means that despite some calling it inflationary, it cannot truly be considered either inflationary or deflationary since SLP is continuously being burnt and created in the Axie Infinity game.

Non-fungible tokens (NFTs) remain the blockchain trend of the day, with the Metaverse, Metaverse real estate, and Metaverse NFTs all seeing an increase in consumer interest — albeit somewhat diminished in recent months due to the crashing of the crypto market. Axie Infinity has not missed this opportunity, with NFTs including Axie characters, land, and in-game items. The most important of these, however, are the Axies.

Axies are created through breeding, with each Axie taking on random attributes from both parents. An Axie is formed up of six different components, each of which grant the Axie different attributes and abilities — these are mouth, eyes, ears, horn, back, and tail. Additionally, an Axie can have one of eight cosmetic body types — these being BigYak, Curly, Frosty, Fuzzy, Normal, Spiky, Sumo, or WetDog. This means that there are near-endless possibilities of Axie NFTs.

This is where the game has been clever. Not only do so many possible combinations of body parts mean that a player can collect forever without ever having them all, but it also means that some Axies will be more rare and more powerful than others. This then creates a market for Axie NFTs, with players paying a premium for the Axies they want. Additionally, it creates an economy, with players trading their NFTs, breeding their NFTs for profit, and more.

The Axie NFTs ensure that players remain hooked in the game, whether to collect them, breed to earn, or simply win battles with the most powerful Axies. In addition, the constant breeding and trading of Axies means a constant creation and burning of SLP, meaning that the value is constantly in flux and increasing as the game attracts more players. 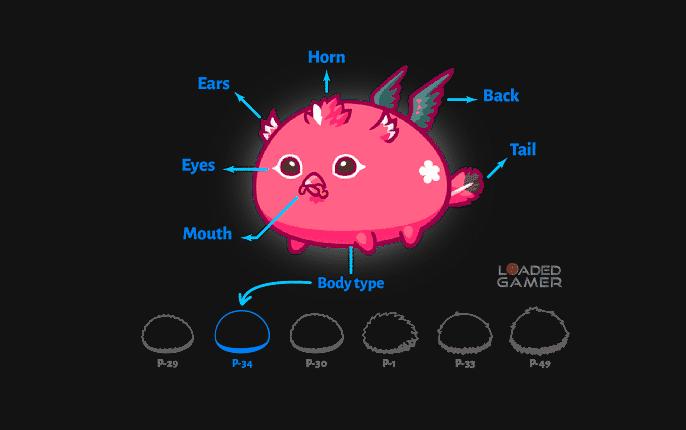 An Axie’s body parts mean that there are near-endless possible combinations. (Source: loadedgamer.com)

Who Is Behind Axie Infinity and SLP?

Though the name behind Axie Infinity is often published as Sky Mavis, this is in fact the name of the company behind the game. The true founder of Axie Infinity is Trung Nguyen, a Vietnamese software engineer who became fascinated by CryptoKitties and the crypto economy that took shape within it.

After investing $600 in CryptoKitties and amassing over 1,000 kitties, he saw that although CryptoKitties was fun, after breeding and collecting them there seemed to be no next stage or direction. Nguyen thus began to see the potential of a blockchain-based game that explored true ownership, as in CryptoKitties, but also maintained the competitive and addictive qualities of traditional gaming. Nguyen saw how his idea could flourish into a profitable game for both founders and players.

Gathering a group of coder friends, Nguyen was able to launch the Beta version of Axie Infinity in mid-2018 and by February 2020, Axie Infinity was already one of the highest-grossing blockchain games in the world. 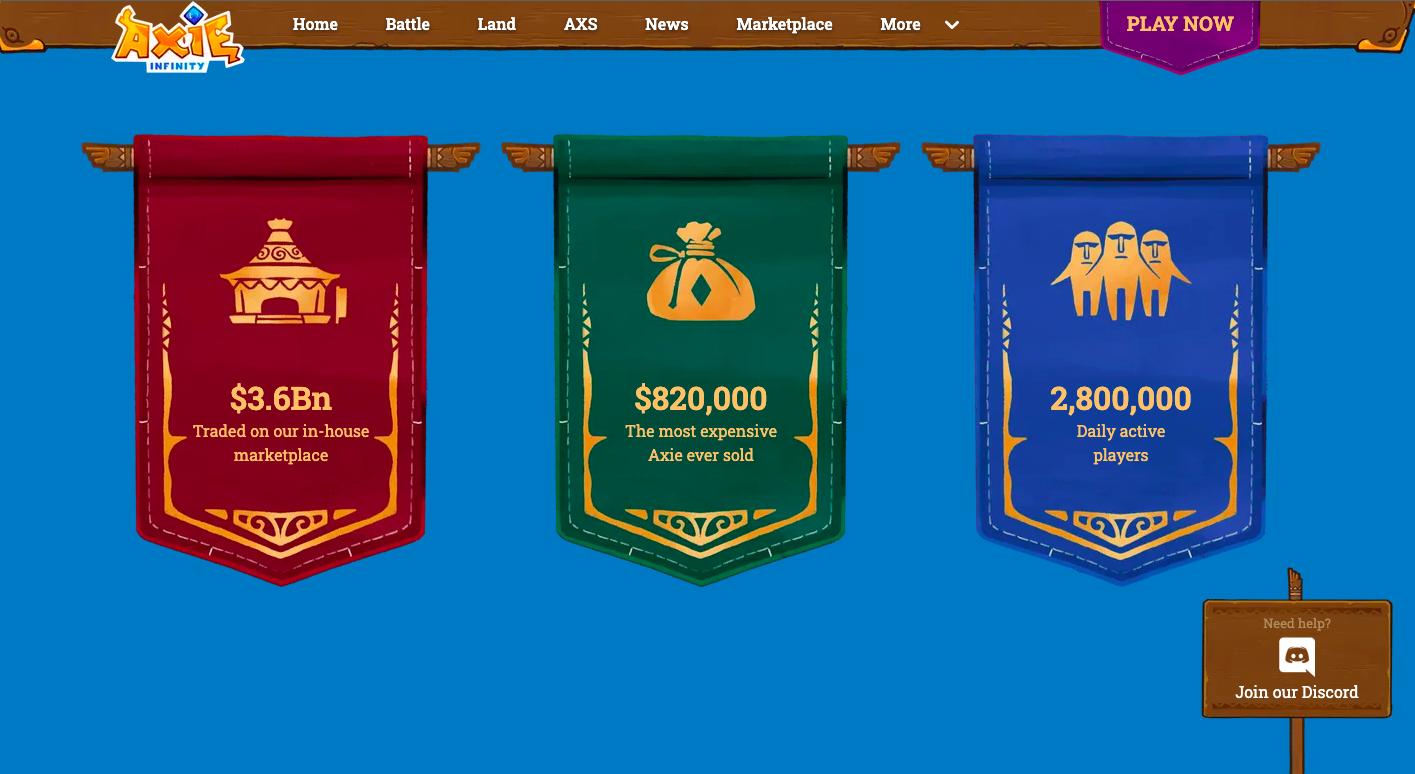 SLP is a highly volatile cryptocurrency, but as with all crypto it tends to follow the King, Bitcoin (BTC). Thus, despite its initial success, SLP soon saw a bearish turn with the 2021 crypto crash. Due to its loyal userbase, however, Axie infinity was able to avoid the fate of many cryptos during that period and stayed very much alive, though rarely surpassing $0.05.

Sky Mavis then accomplished some major steps in Axie Infinity’s roadmap, the biggest being the development and transfer of its Axie Infinity lands, in-game items, and Axies to the Ronin sidechain in April 2021. This made all interactions and transactions in Axie Infinity faster and cheaper than they had previously been on Ethereum’s increasingly congested and high gas fee blockchain. These developments led to increased usership, pushing its growth to reach new highs of $0.36 in May 2021 — a time when BTC’s value was still slipping.

Today, SLP has suffered from the effects of the latest market crash, which has wiped $1 trillion from the overall crypto market since November 2021. However, some Smooth Love Potion price predictions seem to indicate that following the first quarter of 2022, SLP and other cryptocurrencies may see some stability. SLP’s market cap still stands at a reasonable $760 million and with Sky Mavis’ roadmap for 2022 including the launch of the $AXS ecosystem and the launch of Axie infinity onto Android and iOS devices, SLP may well see some increases later this year.

What Is The Future For SLP and Axie Infinity?

SLP and Axie Infinity have tapped into the psyche of the market, from addictive gaming and earning capabilities to trending NFTs in the shape of Axie lands and near-endless Axie forms. Despite this not being obvious by its current low value of $0.02, Axie infinity’s 2.8 million daily users and its persistence in the market argue that it is here to stay.

Due to the popularity of its parent game, SLP has a good opportunity to increase in value. However, due to its constant burning and creating of tokens it is very likely to remain volatile, unless it strikes the perfect balance — which is unlikely. This is something that is backed up by its listing on “Innovation Zone” — a trading category reserved for assets considered likely to have higher volatility and to pose a higher risk than other tokens.

Having said that, Sky Mavis’ plans to develop the AXS governance token may help to stabilize SLP somewhat by further separating the two coins. In addition, by introducing an Android- and iOS-friendly platform, Axie Infinity may find a more stable balance in usership — since it will be easily accessible on mobile devices. This stabilization, combined with the faster and cheaper Ronin sidechain, may lead to SLP regaining some of its original value. However, until the market as a whole sees some stabilization and Sky Mavis implements Axie Infinity’s 2022 roadmap, SLP’s value may remain in its current lows.