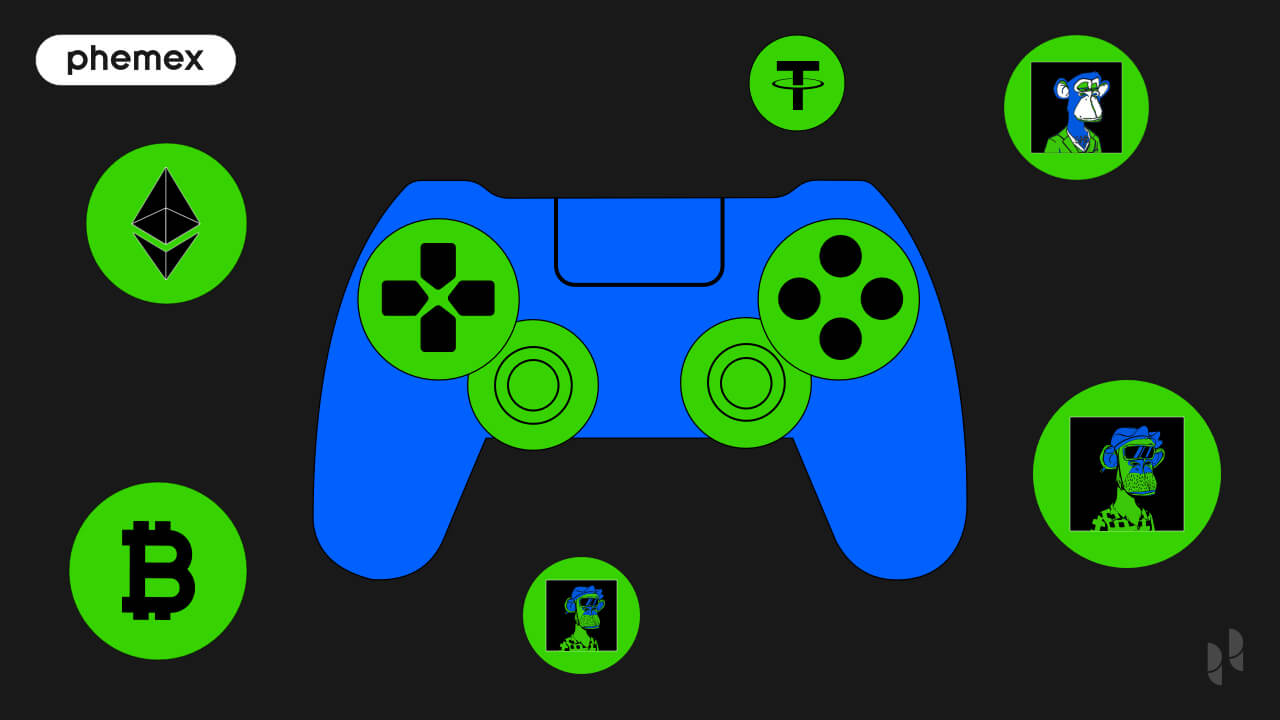 How Do Play-To-Earn NFT Games Work?

Play-to-earn games (P2E) games are games where players can earn real income from playing by earning cryptocurrency, such as native game tokens, or even Bitcoin (BTC) and Ethereum, as well as NFT (non-fungible tokens).

Players earn in-game rewards like tokens, native crypto coins or NFTs when they complete a level, battle against other players/non-player characters (NPC), explore the game metaverse, and many more (some games even enable players to create and sell NFTs.)

Yet other games work by having players buy and develop virtual land or businesses. The players then get paid a commission or recurring monthly income, based on the total number of players in the game.

The digital assets obtained can be used in-game to enhance their capabilities or buy tools/weapons that give them an advantage over their enemies or other players in the game. Just like crypto, these NFTs reside on a blockchain and prove a player’s ownership of a unique digital item such as avatars or rare items.

How Do You Make Money on Play-to-Earn NFT Games?

These digital assets generate income for the player when traded on secondary open markets. Some games even enable passive income-generating opportunities through staking–the staked assets earn interest in the form of more tokens, which can in turn be traded for more fiat.

This is how P2E games have simultaneously become a source of entertainment for crypto enthusiasts and a viable income stream. P2E games have really picked up in popularity and now are one of the main applications of blockchain technology.

Play-to-earn games follow different business models, and not all of them are free to play. Some require you to pre-invest in certain assets such as buying character NFTs before starting to play. However, there are P2E crypto games that let you start for free, like the following seven popular NFT games. 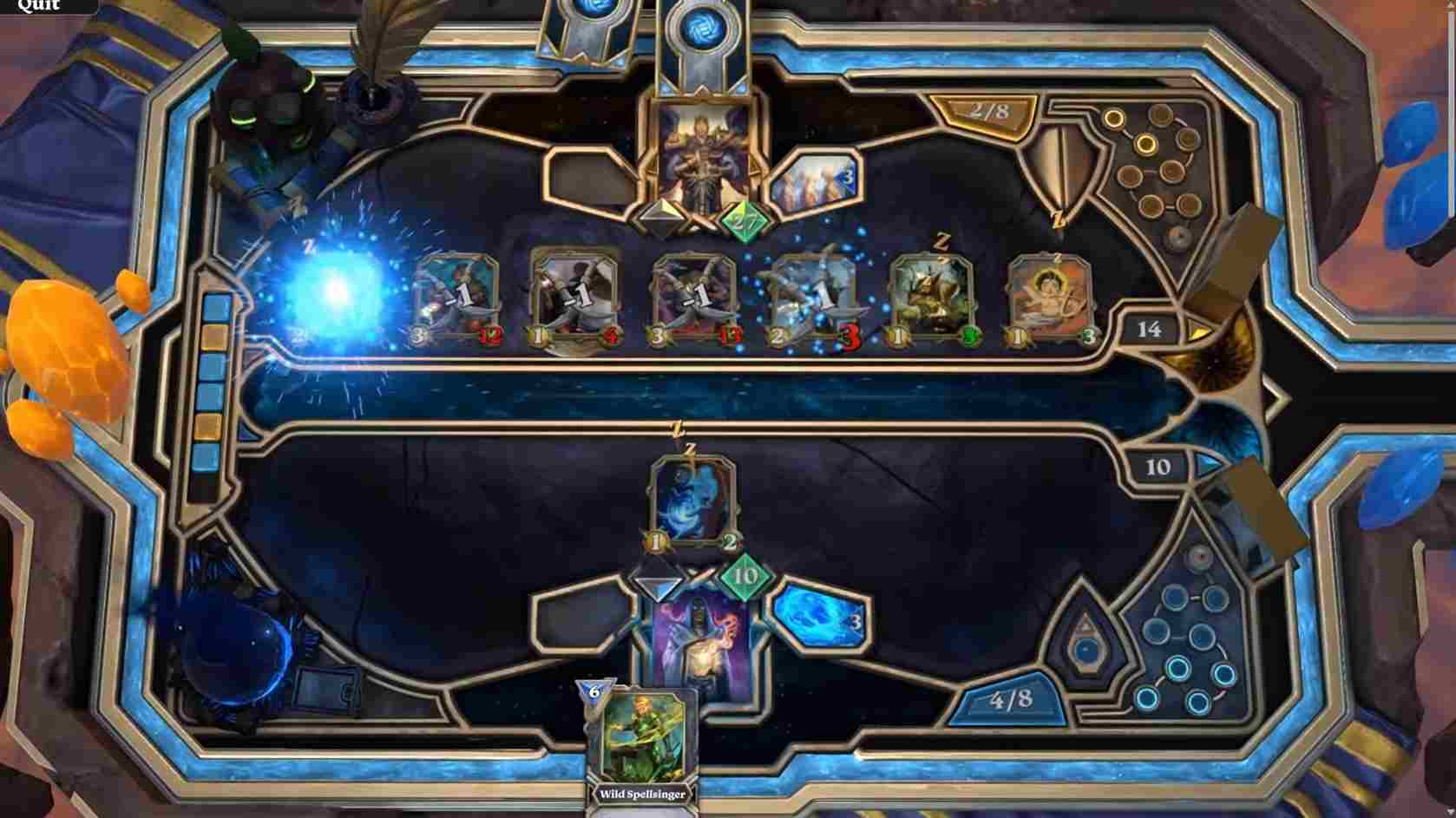 Gods Unchained – start out with free cards and win better ones along the way.

In Gods Unchained, players participate in card battles with other players, with the simple premise that the more wins you achieve, the better cards you collect. The great thing about this game is that all new players receive a free set of cards so they can start playing for free. As you progress within the game, you can create an even stronger deck by trading cards with other players on the in-game NFT marketplace. In addition, the game offers rewards in the form of its native GODS token, which, like with many other gaming coins, can be exchanged for fiat money. 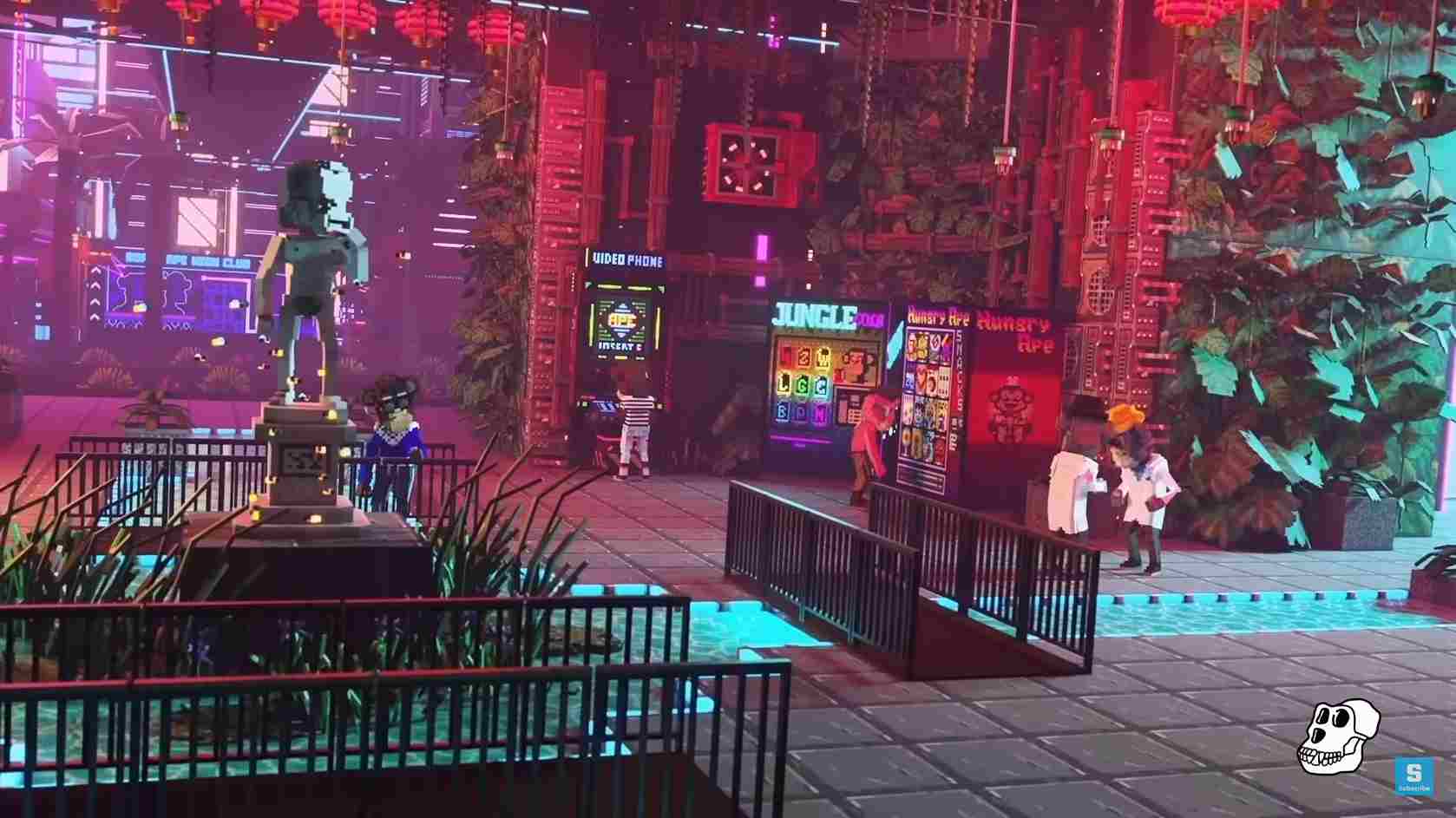 The SandBox: one of the most popular P2E games where even celebrities hang out

The SandBox is a free Minecraft-like Metaverse where players use building blocks to create tradeable virtual environments. SandBox players can build whatever they want and shape their environment, while large organizations have used the game to boost their online presence into the virtual world.

As a matter of fact, The SandBox has achieved such success that it is now even partnering with Time magazine. The media outlet will have a virtual cultural center called “TIME Square” in SandBox’s Metaverse. There are many celebrities as well that are involved with SandBox like Justin Timberlake, Katy Perry, and Kevin Durant, among others. This popular crypto game has players explore alien worlds where they can mine the game’s native crypto called trillium (TLM). Players can also capture aliens and have them help in mining the game’s crypto as well as do other income-generating tasks. There are several ways to make money with Alien Worlds besides mining TLM. Apart from mining, you can also battle with other players, trade NFTs, and stake your tokens, which gives you voting rights.

Illuvium is an open-world Metaverse game where players capture and battle alien creatures.

Adventure seekers will be intrigued by Illuvium, an open-world game built on the Ethereum blockchain. In it, players collect NFT battling creatures—Illuvials—for use in conquering the seven in-game worlds. Illuvium users can earn ILV tokens in several ways, such as completing missions and winning tournaments, and there is even an option to bet on matches. Players can trade game assets on the game’s internal market.

In early June 2022, Illuvium organized a successful campaign to sell virtual NFT plots of land, and according to the developers, nearly 20,000 plots were sold for the equivalent of $72 million.

Genopets is a crypto game like no other because it has players live more active lives to progress in the game.

Genopets is a truly unique game in the crypto space. In it, players perform real-world activities to raise a spirit animal that evolves alongside the user. What distinguishes the game is that the virtual animal’s growth depends on the player’s physical activity.

Genopets is a move-to-earn game in which players develop their wellbeing in the real world, which in turn grows their digital pet. Gamers can fight battles that are decided by their unique skills to solve challenges. Notably, Samsung Next, the innovation investment division of tech giant Samsung, recently invested in the game. League of Kingdoms is a blockchain-based representative of the hugely popular MMO genre.

Massively multiplayer online role-playing games (MMO) games have always been a hit within the gaming community, and League of Kingdoms offers just that kind of blockchain-powered entertainment with a blockbuster feel. In the game’s virtual world, gamers use their strategic skills alone or in a coalition to develop, win battles and conquer territory.

In-game assets exist in the form of tradable NFTs. The game also offers governance tokens in line with the increasingly popular DAO model. A couple of months ago, the game’s developers released an update to the earning potential for players, introducing several new features, including a fairer reward system for landowners. League of Kingdoms is supported by a number of partner organizations, including the aforementioned The Sandbox. 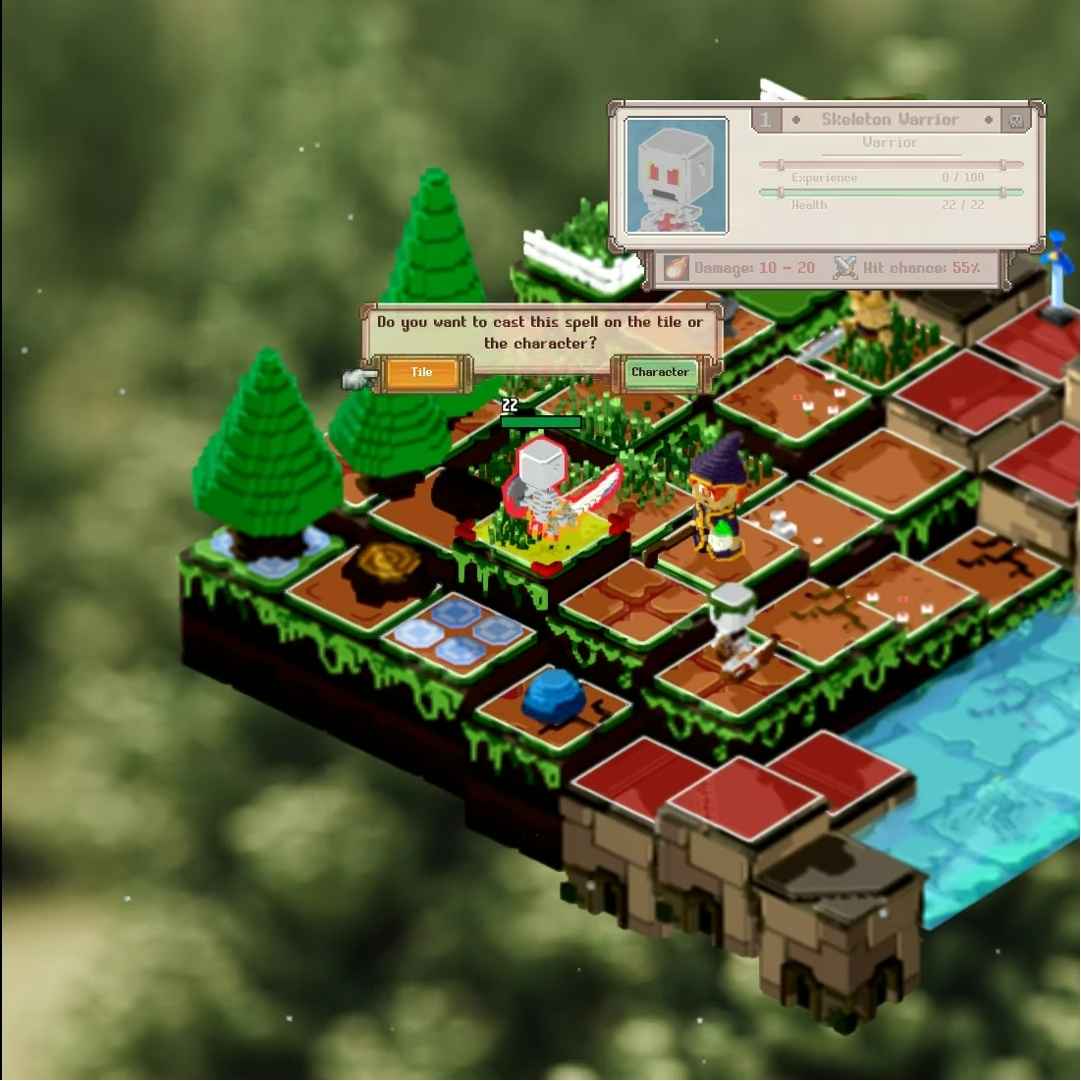 Voxie’s developers have worked at some of the best AAA game studios in the world.

Simply put, Voxie can be described as an RPG game with a retro feel. In it, players complete missions and engage in battles with NFT game characters called Voxies. Naturally, with this game, users can earn and trade a variety of assets, while the Voxies themselves are limited to 10,000 units. Each Voxie is completely unique, and they are split into “rarity” categories based on how many unique features they have. The rarest category consists of only 10 Voxies. Voxies was created by an experienced team who have worked at top studios such as EA Games, Warner Bros. Games, and Ubisoft.

The Risks of Play-to-Earn Games

Play-to-earn games, however, are not without risks. For example, Axie Infinity was one of the most popular crypto games and for some time, it was generating generous profits for players and investors. As more and more players joined, it continuously minted new in-game tokens.

However, this uncontrolled supply of tokens eventually resulted in their devaluation. The token crashed at the beginning of 2022, losing almost 100% of its highest value. Attempts by the developers to salvage the asset were unsuccessful, leading to a spiraling effect where Axie Infinity lost many of its users.

To make matters worse, about a month later, the chain on which Axie Infinity was built was hacked. The hackers stole $620 million in Ether (ETH), the largest crypto hack to date. This is not meant to scare you away from play-to-earn games. It is just a reminder that, like anything on the internet, they are not 100% fail-proof.

Crypto gives many income-generating benefits even without any initial investment. One such way is to play free play-to-earn games, which reward players for spending time in the game. Coins, tokens, and NFT are some of the tools game developers use as awards for players who keep active with their games.

Naturally, not all play-to-earn crypto games are the same. They differ in genre, rules, business model, rewards system, and how much it costs to get started. Fortunately, some of the most popular crypto games are free to play, such as those listed above.