Launched on April 30, 2021 by Yuga Labs, Bored Ape Yacht Club (BAYC) is a collection of 10,000 Bored Ape NFTs. Each Bored Ape is a unique avatar and membership card to the BAYC’s Yacht Club. Residing on the Ethereum (ETH) blockchain using ETH’s ERC-721 non-fungible token standard, BAYC is one of the latest NFT art collections to generate interest. 101 Bored Apes were recently auctioned at Sotheby’s for over $24 million, which values each Bored Ape at about $241,000. 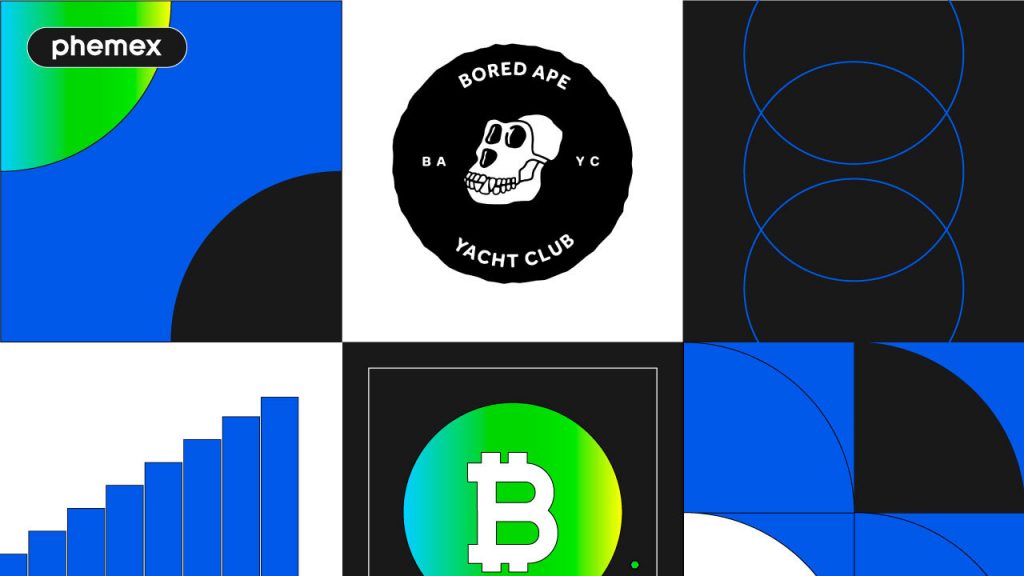 What Is Bored Ape Yacht Club?

The concept of an NFT art collection was arguably invented by CryptoPunks in 2017. This craze gained significant momentum in early 2021, and BAYC is one of numerous NFT collections to have been released since then.

Each Bored Ape is unique and generated programmatically from 170 possible traits, such as facial hair, accessories, headwear, and clothing. Since each ape was programmatically generated, some traits are considered rare and can increase the Bored Ape’s value. On May 5, Bored Ape Yacht Club launched its NFT20 liquidity pool — a permissionless NFT DEX that serves to provide liquidity for NFT projects. Owners can deposit their Bored Ape NFT and in return get 95 $BAYC20 — the ERC-20 derivative for a Bored Ape NFT. This allows owners to provide liquidity in the BAYC/ETH Uniswap pool. Owners can deposit 100 $BAYC20 back into the pool to redeem any Bored Ape that is currently staked in the liquidity pool. Some, such as Elon Musk, have criticized this aspect of the system since it means owners can redeem a Bored Ape that is different from the one they deposited.

How much does a bored ape cost? 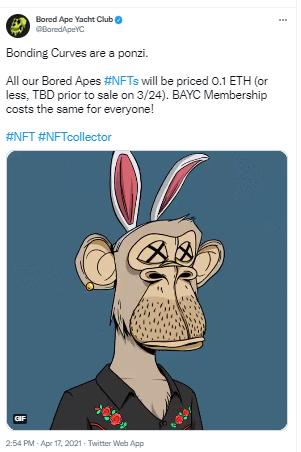 BAYC members are granted commercial ownership of their Bored Apes in perpetuity. This gives owners the right to do anything they would like with their Bored Apes. As a result, many owners have created merchandise portraying their bored apes as well as artistic variations such as the one below. What Has Driven BAYC’s Popularity?

Like many other NFT art collections, BAYC received attention from notable individuals that boosted its popularity. BAYC’s flat price attracted the attention of two notable NFT collectors known by the Twitter handles @Pranksy and @J1mmy.eth. They are credited with driving the initial momentum with a joint purchase of 250 Bored Apes on April 24. This set off a chain of events between several individuals, including the DJ known as 3LAU who held two Bored Ape giveaways on his Discord server.

How long did it take for bored apes to sell out?

Several NBA players are BAYC members, including Josh Hart from the New Orleans Pelicans, Tyrese Halliburton from the Sacramento Kings, LaMelo Ball from the Charlotte Hornets, and two-time MVP Stephen Curry from the Golden State Warriors. Curry’s purchase of a Bored Ape in early September for 55 ETH ($180,000) is credited with boosting the demand for BAYC and subsequently the Sotheby’s auction closing price.

BAYC differentiates itself from some other NFT collections since the ownership of a Bored Ape also doubles as membership to the Bored Ape Yacht Club. Club membership provides several exclusive benefits such as access to a private Discord server and “THE BATHROOM” — an online collaborative graffiti board where members can interact and leave notes. The Discord server sees some participation from its notable members, such as Stephen Curry who sent a picture of himself hanging out in late August.

BAYC also randomly airdropped five Apes to existing owners once, and opened an exclusive merch store that carried limited edition clothing. Another benefit on BAYC’s roadmap is something the team refers to as the Mysterious Note. This Mysterious Note is the first clue in a treasure hunt for BAYC members that ends in a reward of 5 ETH and a Bored Ape.

Two additional NFT art collections were launched by the BAYC team, which are the Bored Ape Kennel Club (BAKC) and the Bored Ape Mutant Club (BAMC). The Yuga Labs team is promising additional unannounced benefits in the future.

What Is Bored Ape Kennel Club?

Bored Ape Kennel Club (BAKC) was launched on June 18, 2021. Similar to BAYC, BAKC is an NFT collection of 10,000 dog avatars that are meant to be companions for each Bored Ape. These NFTs were offered for free to all interested BAYC members. Just like their Bored Ape owners, each dog is programmatically generated with its own unique traits and background environment.

What Is Bored Ape Mutant Club?

Bored Ape Mutant Club (BAMC) was launched on August 28. It includes 20,000 possible Mutant Apes, of which 10,000 are created by existing owners who were each airdropped a mutant serum. This mutant serum comes in three forms, which each mutate an existing ape in a different way. The third serum mutation is being kept secret until the remaining 10,000 Mutant Apes are sold. Each Bored Ape can only be mutated once, so a market has emerged in which owners try to trade for a different form of the serum. The BAMC opened up the opportunity for 10,000 people to become Yacht Club members by purchasing a Mutant Ape. An additional 10,000 people could also gain membership this way if original Bored Ape members sell their Mutant Apes. This is a lower-tier membership than the original BAYC one. Development of exclusive benefits for members who only own a Mutant Ape all come after the Bored Apes, and some benefits may remain exclusive to full members.

Who Is Behind Bored Ape Yacht Club?

The Yuga Labs team describes BAYC as being “created by four friends who set out to make some dope apes, test our skills, and try to build something (ridiculous).” Each founder is currently only known by their aliases, which are respectively Gargamel, Gordon Goner, Emperor Tomato Ketchup, and No Sass. Not much is known about these founders beyond the playful descriptions they gave themselves, such as Gargamel, who is described as “STARCRAFT OBSESSED. EATS SMURFS.”

What Is the Future for Bored Ape Yacht Club?

Much of BAYC’s value comes from the exclusivity of being an owner and having access to the BAYC’s member areas. Many Bored Ape owners have changed their Twitter avatars to their Bored Ape and interact with each other as part of their exclusive club. One crypto entrepreneur described ownership of a Bored Ape as “a status symbol of sorts, kind of like wearing a fancy watch or rare sneakers.”

Every NFT launched by the BAYC team has the potential to generate its own market. This is because owners have been given additional value from the BAYC team. For example, owners who received a particular mutant serum may try to trade for a different serum. Owners can also trade their pet dogs from the BAKC (although this will not provide any membership). This will also be true for Mutant Apes and any other new NFTs that the BAYC launches and gives to members.

For these reasons, part of every BAYC membership’s value will depend on any future developments by the BAYC team. Owners will also be given a say in how the project is developed, which can drive further value into the project. This is especially true since so many notable figures are members. It is not every day that the average person can hang out with Stephen Curry on Discord. As long as the BAYC team continues to develop new NFT assets for members or develop more member-exclusive perks, owners will continue to benefit. This leaves some potential for people who may want to become members themselves, even if that is a lower-tier membership with a Mutant Ape.

Exclusivity means that as long as owners see a benefit in their membership, the price of Bored Apes will go up. The limited supply of 10,000 Bored Ape owners adds to this exclusivity.

The early 2021 interest in NFT art collections had been slowing down until BAYC’s launch, which has ignited a flurry of new NFT art collection launches. What will set BAYC apart from these other NFT art collections is its exclusivity factor. As a luxury collector’s item and membership, BAYC has strong potential to continue demanding interest. This will require the Yuga Labs team to maintain its current momentum by continuing to release new NFT assets or member-exclusive features. BAYC’s ability to revive the NFT craze has shown that the team is more than capable.