What Are Meebits: The Next Generation of CryptoPunks

Launched in May 2021, Meebits are the next in a series of digital collectibles designed by Larva Labs. Meebits take the form of 3D voxel characters in a style similar to Roblox or Minecraft. As with many other NFT projects, the built-in scarcity to Meebits has driven large volumes of sales, wild speculation, and eye-watering sales figures. 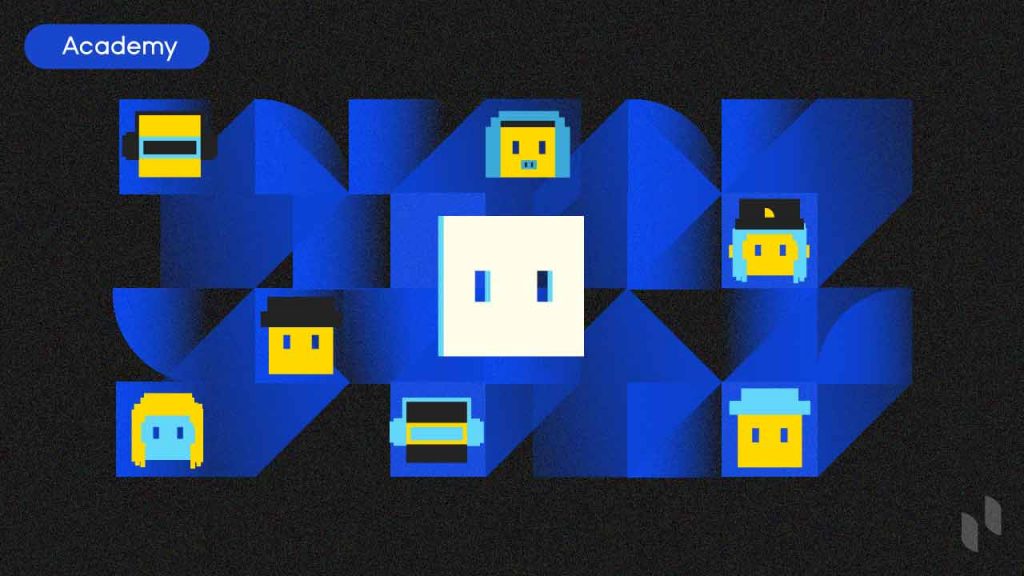 While the volume of non-fungible token (NFT) sales has started to significantly wane since the 2021 crypto crash, the hype around new projects has still managed to capture huge amounts of interest. Designed by NFT veterans Larva Labs, Meebits is looking to replicate the success of their previous projects, namely Autoglyphs (launched in June 2017) and the wildly popular CryptoPunks (launched in April 2019). Different from their other projects, Larva Labs has stated that they “hope that the Meebits will be the 3D avatar for virtual worlds, games, and VR,” though no supporting infrastructure is currently in place.

Much like CryptoPunks, the smart contract that governs the ownership of Meebit NFTs is based on the Ethereum (ETH) ERC-721 standard, which ensures compatibility with any Ethereum-based service or exchange. With the principle that every NFT should be unique, Meebits are minted by algorithmically generating an unused set of attributes across varying levels of rarity. For instance, skeleton and visitor Meebits are much more valuable than humans, thereby commanding a higher price.

As with most digital collectibles, a core appeal to the Meebits is their scarcity. According to Larva Labs, Meebits were designed to be more accessible than their previous projects. The max supply of Autoglyphs is extremely rare at only 512, while CryptoPunks was a little higher at 10,000. Meebits doubles this figure for a total of 20,000 unique NFTs, each of which is minted onto the Ethereum blockchain with a special ID.

Of the 20,000 Meebits, 11,000 were distributed through a “community grant” that allowed CryptoPunks and Autoglyphs users to mint a certain number of Meebits for free, depending on how many Punks of Glyphs they owned. Shortly after the community minting period began, the remaining 9,000 Meebits were put up for sale in a Dutch auction, a method in which the price of an item is continuously lowered until it receives a bid.

The hype for Meebits received a significant boost from the incredible popularity of the record-breaking CryptoPunks collection, which had just recently announced that it would be featured in a Christie’s auction. Though the reserve price of each Meebit was set at 2.5 ETH ($8,400 during May 4, 2021), collectors chasing the incredible gains of early CryptoPunk investors snatched up the entire supply just hours after the sale began. No Meebit dropped below 2.4 ETH in price during the sale, which netted Larva Labs an impressive $80 million.

What Was the Meebits Exploit?

During the initial community minting period, a savvy user identified a flaw in the project’s smart contract that revealed the Interplanetary File System (IPFS) characteristics of each NFT’s ID. With this information, they were able to “reroll” the minting of low-rarity Meebits as many times as necessary until the ID showed one of high enough rarity.

According to Etherscan, the user initiated and canceled around 300 transactions in their search for a rare Meebit, stopping when they minted an ultra-rare visitor (the second highest rarity possible). The Meebit was immediately sold to infamous NFT whale Pranksy, who was apparently unaware of the exploit, for 200 ETH ($700,000). Though the user conceded that gas fees significantly ate into their profits (at a rate of roughly $20,000 an hour), they still managed to net around 50 ETH ($175,000) from the entire operation.

When the exploit became public, Larva Labs temporarily suspended mining and minting on their marketplace. It should be noted that the smart contract exploit did not threaten the assets of any Meebit holders, and did not seem to have any impact besides the minting of a few rare NFTs. Less than 12 hours after he bought the NFT, Pranksy managed to sell it off for 299 ETH ($1.05 million), making over $300,000 from the novelty of an exploited Meebit.

Larva Labs and Crypto Art: Who Is Behind the Meebits Collection?

The Meebits collection was launched by Larva Labs, a Brooklyn-based product studio and consulting company founded by Matt Hall and John Watkinson. In addition to its experimental digital art projects, the company develops large-scale web infrastructure, genomics analysis software, and a variety of other games and apps for clients such as Google and Microsoft. Through its partnership with Google Creative Lab, the company developed the Androidify app, which has since become the worldwide face of the Android brand.

In addition to an integrated no-fee marketplace designed to support trades of up to 100 NFTs per transaction, Meebits is primarily bought and sold on OpenSea, a major peer-to-peer NFT marketplace. Since the collection’s release, Meebits have sold for 4.76 ($15,600) ETH on average at a total volume of 44,097 ETH ($144.7 million). The average price of Meebits peaked several times over the month of its release, before crashing with the rest of the crypto market to an all-time low of 0.98 ETH ($2,380) during early June. Average prices have since stabilized to an average of 5 ETH ($16,400) in August, representing a 100% increase over the reserve price of the Dutch auction.

It should be noted that the price of any given Meebit varies heavily in accordance with the rarity of its type and properties. As human Meebits make up a large majority (94%) of the collection, they only sell for an average of 2.92 ETH ($9,580). In comparison, the ultra-rare visitor Meebits, of which only eighteen (0.89% of total supply) are in existence, sell for an average of 330 ETH ($1.08 million). On May 13, 2021, one of the five rarest dissected Meebits was sold for an average of 700 ETH ($2.3 million). This figure was beaten just two months later when a pig Meebit was sold for a whopping 1000 ETH ($3.27 million).

In early August, prestigious auction house Christie’s announced that an assortment of CryptoPunks, Bored Apes, and Meebits had been selected for its “No Time Like Present” auction of rare crypto collectibles, scheduled on September 17, 2021. In its announcement, the auction house highlighted Meebit #6337, described as a “skeleton with a Reservoir Dogs styled suit” as a particularly rare item that will be featured in the sale. The Meebit last sold for 44.1 ETH ($143,800) earlier on June 26, 2021, but is expected to fetch a far higher price in the auction.

Despite Larva Labs’ ambitions for metaverse applications similar to digital world assets such as Decentraland (MANA) in the future, it’s unlikely that anyone is buying into Meebits for any purpose other than speculation at the moment. As with Larva Labs’ previous projects, Meebits has been incredibly successful, showing that despite a general downturn in the market, there is sufficient market demand for digital collectibles. The novelty of NFTs has led to increased interest from the traditional art collection space, with a variety of prominent auction houses getting involved. The prestigious position that Larva Labs NFTs holds has also benefitted Meebits, both in terms of price and mainstream attention.

The NFT space offers investors a more accessible variant of art collection, which many wealthy people have started investing in to protect their portfolios against inflation, and it comes with all the same risks. Prospective investors should note that the true value of any collectible is ultimately determined by what someone else is willing to pay for it. As such, NFTs tend to be far more illiquid than other crypto assets such as utility and governance tokens, and carry the risk that no buyer is willing to meet the seller’s price.

As with all digital collectibles, the value of Meebits will ultimately follow the general trends of the NFT market and may benefit from increased accessibility over traditional art investment. When fractional NFT ownership sees further adoption in the market, Meebits may experience another surge in interest as accessibility is improved for smaller-scale investors. The Fractional.art platform, which has raised over 7.9 million in total seed funding, has already introduced the Meebit collection into its fractional ownership solution.