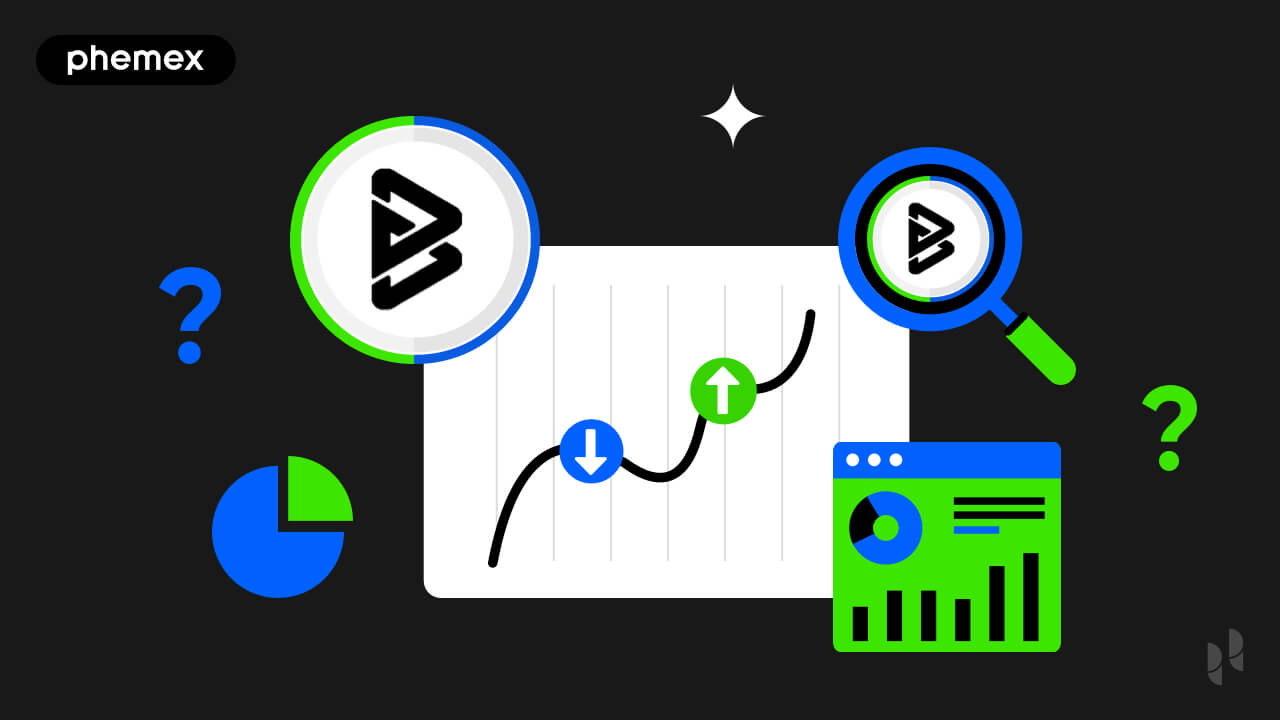 What Is Bitgert (BRISE)?

BRISE launched as a BEP-20 token in June 2021, but the Bitgert team developed its own blockchain and released it in February 2022. It is the native token of the Bitgert ecosystem, currently trading at $0.0000005 with a circulating supply of 400 billion tokens. The maximum supply is 1 trillion tokens.

The blockchain is based on the Proof-of-Authority (PoA) staking consensus which is environmentally friendly with fast settlement times. Similar to its predecessor, BNB, it also offers smart contracts and support for DeFi and NFT based applications.

Bitgert has recorded nearly 1 million transactions this year and has a growing user base of over 250,000 daily users, with hundreds of NFT projects running on the Miidas and Omniaverse marketplaces.

In the short term, not likely.

The current price of Bitgert is $0.0000005 with a $200 million market cap. If BRISE were to reach a 1 cent valuation, the token would have to go up 10,000x and have a valuation close to Bitcoin’s at nearly half a trillion dollars. This does not seem plausible at all, especially given that it is still lacking the network effects of Bitcoin.

In fact, the reason the BRISE token price is low is the high circulating supply. Comparatively, Bitcoin has a limited supply of 21 million making it worth thousands of dollars per coin.

As such, market cap is the only relevant metric for the future valuation of the coin. Bitgert, with its $200 million market cap seems undervalued compared to L1s like Solana (SOL) with a $10 billion market cap.

Again, while it may eventually reach a 10x or a 50x from its current valuation, reaching 1 cent per coin would require it to 10,000x and surpass Bitcoin itself which is rather unrealistic.

Numerous sources predict that BRISE will trend between $0.0000005-0.000004 in 2022. Sanjib Saga from CryptoBullsClub predicts it could reach a maximum of $0.00004 by the end of the year if the market recovers from bearish conditions.

The token has held its own during the turmoil of 2022 and made a sizable profit for investors since it first launched in 2021: 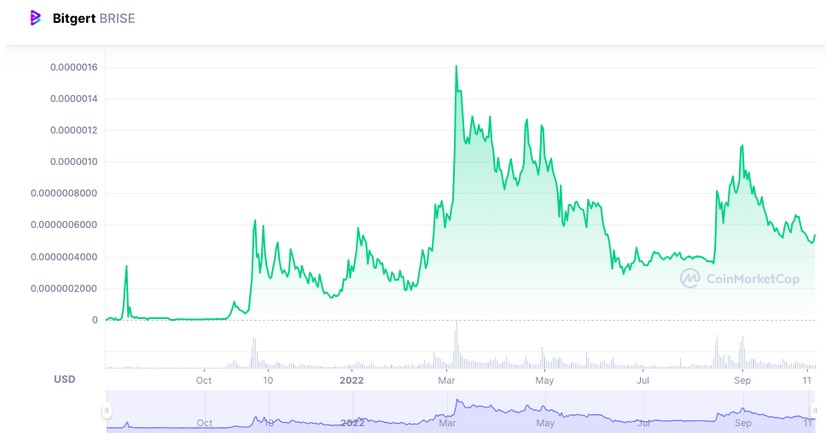 It reached an all-time high of $0.00000165 in March 2022 a month after it was released, and surprisingly managed to withstand the catastrophic crypto crashes of the following months.

The token price is now only 50% from the all-time high which indicates a bullish sentiment, considering many other altcoins are down 80 to 90% from peak value.

As it becomes increasingly harder to provide the same returns when a coin gains market cap in the hundreds of millions, many people predict the price will end up around 10x the current price by 2025.

According to CyberTech, the price per Bitgert token could reach $0.000005 by 2025, which is one zero less than the current price. That would provide a comfortable 10x for investors and BRISE would have a market cap of $2 billion.

This BRISE price prediction is more realistic as a $2 billion market cap is easily obtainable for an L1 blockchain with an active community; blockchains like Solana achieved a valuation over $50 billion at their peak.

The BRISE coin price prediction for 2030 is a lot more difficult to estimate compared to 2025. We’re now looking 8 years into the future and it’s hard to estimate if the coin will even exist at all by that time.

Very few coins have made it through the bear markets over the last 8 years, with the exception of blue chip coins such as Ethereum (ETH), Litecoin (LTC), and Ripple (XRP). Bitgert offers similar services which indicate it’s most likely going to survive, but the coin is lacking price history to measure how it will perform during the next market cycles.

For 2030, Sanjib Saha gives it a Brise price prediction of $0.0003 which is 10x more than his 2025 prediction. The 2030 prediction still seems semi-realistic given that it’s not going to value Brise at 1 cent and require it to appreciate another 10,000x from the current point to reach that in 10 years.

According to TechNewsLeader’s BRISE prediction, the price might reach $0.00003 by 2030. This is a conservative estimate compared to other predictions that estimate the token will reach that by 2025 or even faster.

How High Can Bitgert Go?

The future upside of the BRISE token will be determined by the team’s dedication to the project and the growth rate of the ecosystem. It will partially depend on the direction of the crypto market as a whole. The following things will have an impact on future prices:

One standout offering of Bitgert is its “Startup Studio” which helps developers create their own coins on their blockchain and even helps to raise funds for their projects. This initiative puts it ahead of other L1 blockchains that do not actively encourage individual growth on their platforms.

This is a strategic move–the more projects build on its blockchain, the higher its adoption rate. Growth of this kind could secure billions of dollars worth of liquidity for Bitgert. According to the founder of Omniaverse, “The Bitgert studio is the core center of the Bitgert ecosystem”.  Indeed, the Bitgert Studio has helped birth hundreds of DApps such as Omniaverse (NFT), 3D Twin Maps (Metaverse) and Spynx Labs (DEX).

If the supply of a coin goes down, its price goes up. This is inherently linked to tokenomics and is one of the driving forces of price appreciation for Bitgert in the future.

According to its roadmap, the Bitgert team aims to decrease the supply and remove a large portion from circulation, to be implemented via a 5% buyback tax.

When a user makes a transaction on the blockchain, they are taxed 5% and the money is sent to a smart contract and then burned. This gradually decreases the supply; which, coupled with a growing user base, is intended to boost coin value.

The overall sentiment of the crypto market has a significant bearing on crypto prices–if we are in a bear market, every bullish BRISE coin price prediction will be futile because there will be a lack of liquidity in the market.

Likewise, if the project remains on track and the development team is focused on improving it years down the line, their market cap is more likely to grow and be bigger in 2025 than it is today.

It will not be outlandish to suggest that one day BRISE could reach $0.01. If Bitcoin’s market cap ends up in multiple trillions and BRISE is among the top 10 altcoins by market cap, this may well happen in the future.

BRISE price predictions for the upcoming years are bullish overall, indicating the coin has potential for growth, given its relatively small market cap. While Bitgert is big on innovation, it remains to be seen how the team will deliver and grow. The initial momentum might propel the token to a multi-billion dollar market cap, but if the bearish trend continues, it may stagnate and remain at the current levels in a best case scenario.