What is Bonding Curve: The Developer’s Automated Crypto Valuation and Exchange Algorithm

Programs and platforms built on blockchains are continuously looking for ways to become more decentralized and automated. Currently, many protocol ecosystems still require external entities such as exchanges to carry out some of their functions. By employing smart contracts, blockchains have been able to move many functions into a more automated and decentralized sphere. Moreover, increased use of mathematical algorithms is allowing for a broader range of transactions to be carried out without any human or external interference. This progress is allowing for blockchain protocol ecosystems to become increasingly independent, decentralized, and automated. One mathematical concept that is starting to make waves in this space is an automated market maker (AMM) known as a bonding curve. 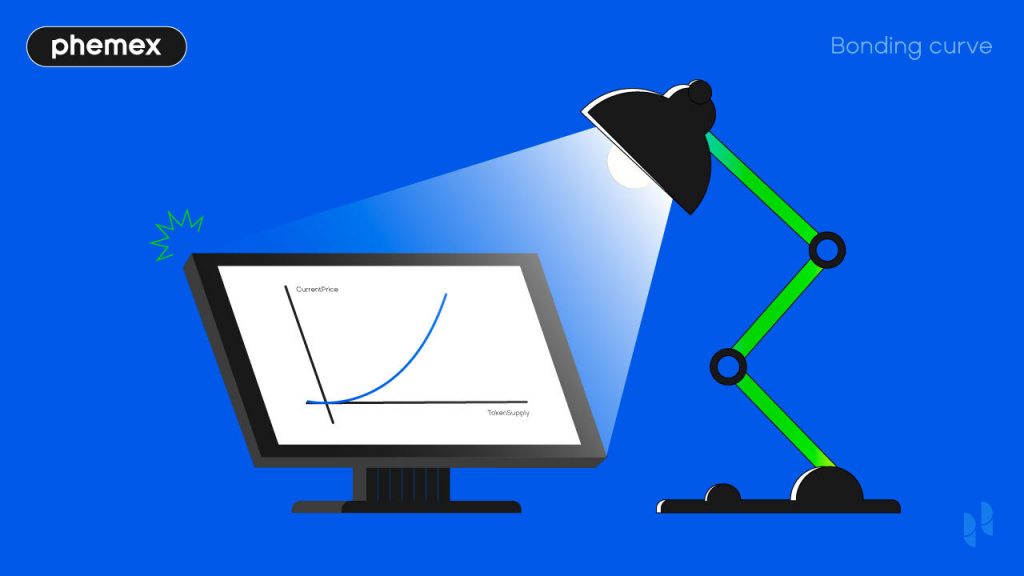 What Is a Bonding Curve?

Initially conceived by Simon de la Rouviere in 2017, a bonding curve is a mathematical concept that can be inbuilt into platforms and applications to calculate a token’s value as determined by its supply. Investors will buy tokens, according to the price listed on the bonding curve, in exchange for collateral in fiat currencies of other cryptos, such as Bitcoin (BTC) and Ethereum (ETH). The bonding curve’s value estimate of the token is taken when investors buy tokens (where they are minted) and when they sell tokens (where they are burned). As these bonding curve tokens are minted and burned, the supply changes, which will in turn be reflected in the value listed by the bonding curve.

How Does a Bonding Curve Work?

If these investors were to sell, the early investor would make a larger profit.

The early investor bought 10 tokens for $55, but with the subsequent investment from the second individual, the token value went up. This means that the first investor can sell at the new, higher value.

Once the first investor sells their tokens, these are burnt, which means that there are less tokens in circulation. The supply has therefore decreased, meaning that the value has too. The second investor who bought their 10 tokens for $155 would therefore lose money if they sold at this point.

What are the Types of Bonding Curves?

A linear bonding curve is perhaps the simplest, but depending on what the developer wants to accomplish, they might want to encourage early investment or discourage early selling, among other things. As a bonding curve is inbuilt into the blockchain and is unchangeable, the shape it takes will determine these aspects when investors buy and sell.

There are four most used bonging curves:

Different bonding curve shapes will be adopted based on what type of investment the developer is looking for (see above image for graphics of the below discussed bonding curves):

Bonding curves are a type of AMM. They use automated algorithmic trading to calculate the value of a token according to the pre-established bonding curve shape and the token supply. This means that an investor can buy tokens using collateral, and then sell their tokens whenever they want, all directly through the program. This reduces any human error, as it’s automated and uses math, creates a completely transparent trading process, and keeps it decentralized since it’s all carried out through smart contracts. Bonding curves are a way for developers to implement their own investment strategies in a transparent and error-free way, without the need for an exchange. In addition, bonding curves can help investors predict how much their assets could rise in value, and thus calculate their potential profits. It is important to note, however, that although a bonding curve can show how much an asset could rise, it cannot guarantee that the coins will be bought, and thus it does not guarantee that it will hit that value.