How to Mine Bitcoin at Home What Is Crypto Mining?

Mining Bitcoin (BTC) was one of the early draws of crypto–the idea that you could make money by simply leaving your computer running to mine Bitcoin at home, was akin to printing money.

However, Bitcoin mining was not designed to make people rich, it was simply the consequence of a need to secure a trustless network in the absence of the usual centralised authority like a bank.

The basic concept of mining is that miners, who are based all over the world, use computing power and hardware to solve complex cryptographic puzzles in exchange for Bitcoin rewards. The solving of these puzzles is essential for the continued decentralisation of any proof-of-work (PoW) network, such as Bitcoin.

However, as Bitcoin grew in popularity, so did the competition to mine it. More powerful and expensive equipment meaning miners with less funds have been cut out and those with more have begun to dominate Bitcoin mining—resulting in a real threat of centralization.

In the early days of Bitcoin mining, miners used normal CPUs. Satoshi Nakamoto, the founder of Bitcoin, may have mined his estimated 1 million BTC with a CPU. (Source: thegeekpub.com)

A Brief History of BTC Mining: From Home to Business

Today, many cryptos, such as Ethereum (ETH), Monero (XMR), and Vertcoin (VTC), are, or are fighting to be ASIC-resistant cryptos so that independent home miners will not be priced out of the market.

In addition, different hashing algorithms and consensus protocols are being implemented to bring back decentralization and re-encourage Bitcoin mining at home. 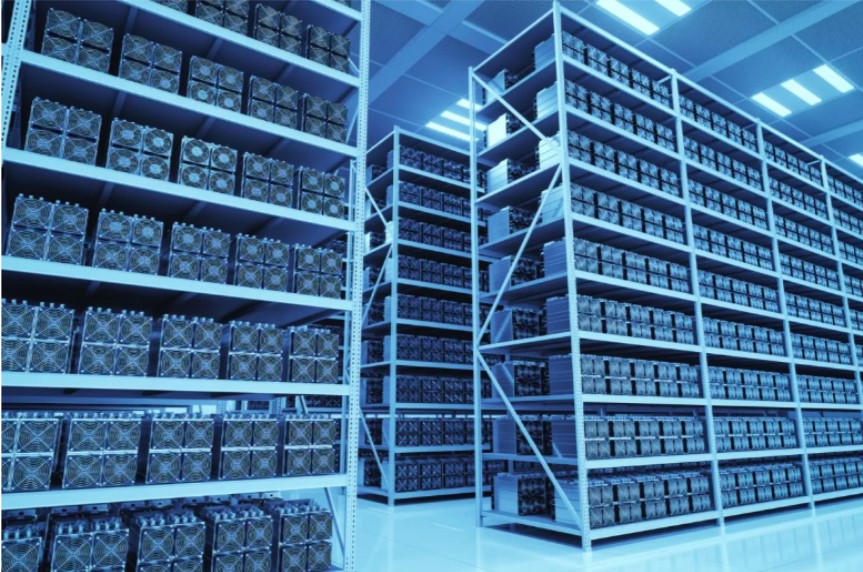 Bitcoin mining has changed a lot over the years. Today, Bitcoin mining with real profit comes in the form of warehouses filled with ASICs. (Source: Asiatimes.com)

Can you Still Mine Bitcoin at Home for a Profit?

Mining Bitcoins at home is not what it used to be. Today, two main factors need to be considered: time and cost.

After the initial (and substantial) investment in hardware, the next thing to consider when working out the cost of mining Bitcoin at home is the cost of electricity. Keeping mining equipment running at the necessary power 24 hours a day requires a lot of energy.

To mine one Bitcoin, a miner will consume the same energy as an average US household over 13 years, a lot of money for your average Joe looking to mine Bitcoin at home.

So, when answering how much does it cost to mine Bitcoin at home, the answer will vary depending on the country and its energy costs:

These costs could be enough to deter many miners when looking at the current crypto bear markets, with BTC not even reaching a price of $20,000 today. 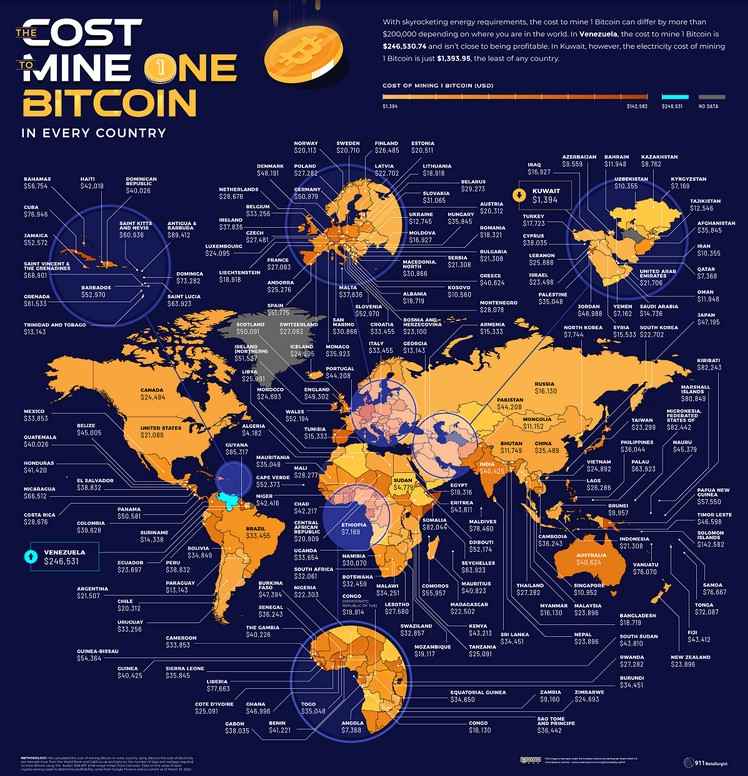 A map of BTC mining costs according to electricity costs from August 2022. To view a more high-res image, click here (Source: visualcapitalist.com)

Bitcoin mining at home means validating a whole block, not just mining 1 BTC. So, to work out how long to mine 1 Bitcoin at home, we must look at it in its entirety:

All this considered, mining one BTC under ideal circumstances and with enough computation power can take from 10 minutes to 30 days. Under less-than-ideal circumstances, say only having 5-10 ASIC miners, 1 BTC can take up to 100 days of mining.

Is It Still Possible to Mine BTC from Home for a Profit? How to Mine Bitcoin at Home

If you’re wondering if you can still mine Bitcoin at home, the truth is that although still possible, Bitcoin mining from home has taken on new forms. Today, to mine Bitcoin at home for a profit, you need to be able to compete with owners of warehouses full of ASICs that move region, or even country, according to energy prices. There are two main ways to do this: mining pools and mining altcoins in return for bitcoins.

Crypto mining at home through mining pools means pooling the resources of many miners together to compete with those who dominate the mining space through their ASIC warehouses. Of course, this sharing of resources means that any profits will be shared too.

It can therefore be a slower accumulation of wealth in one sense, but on the other hand, it can mean winning those BTCs that you would have lost without the additional computational power.

All things considered, however, even in a mining pool the rewards for Bitcoin mining at home are not large. The highest earners on the AntPool mining pool, which has a market share of 15.8%, only earn $10.06 profit per day. 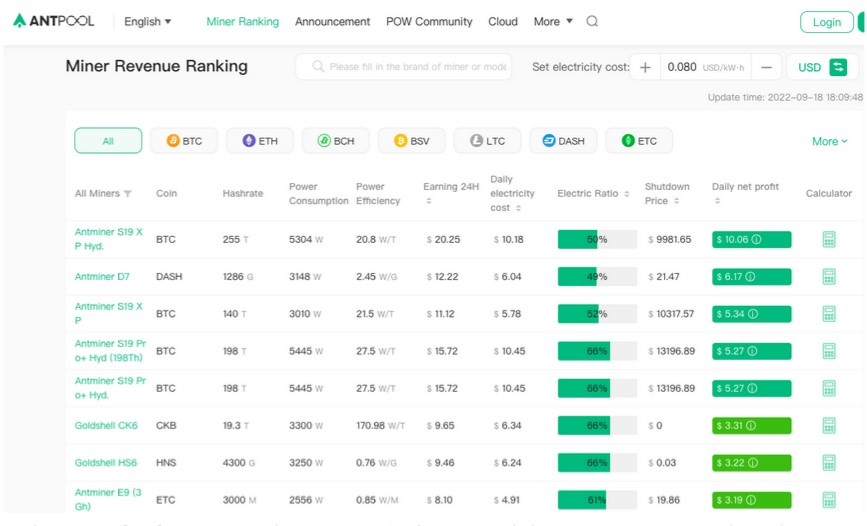 How to mine crypto at home: BTC rewards through altcoin mining

Some mining pools allow you to mine altcoins (cryptocurrencies other than Bitcoin) in exchange for BTC rewards. For example, using the Bitcoin Payout Feature, which is found on mining pools such as 2Miners, miners can mine crypto including Ethereum Classic (ETC), ERGO (ERG), and Raven (RVN) in exchange for rewards in BTC.

The process is simple, with miners just changing their payout wallet from the crypto in question to a BTC wallet.

With these cryptos receiving increased attention since Ethereum became un-minable, thanks to its merge and switch to a proof-of-stake (PoS) consensus protocol, now could be a good time to mine them. This is because increased attention will mean an increase in miners in the pool, meaning faster mining.

Mining Bitcoins at home is no longer as lucrative as it once was. Increases in energy needs alongside an energy crisis in the wake of war and general lessening of resources have meant that energy costs are soaring. Combine this with the current bear market and the investment hardly seems worth it.

However, if you are in for the long run and believe that Bitcoin will be on the up again soon, then Bitcoin mining could well be a good option for you. When the price of Bitcoin rises against the cost needed to mine, mining profit will rise as well.

So, what do you need to mine Bitcoin at home? If looking to get started in Bitcoin mining today, the safest option is to invest in the most powerful mining equipment available to you and to then join a mining pool, as well as mine altcoins for BTC alongside it. Mining pools may mean sharing rewards, but mining solo may mean no rewards at all.