Cloud mining is a relatively newer concept that has emerged as an alternative to the heavy upfront investments and maintenance costs associated with hardware mining. Cloud mining involves renting cloud computing power from remote data centers to mine cryptocurrencies instead of installing heavy hardware to do it. 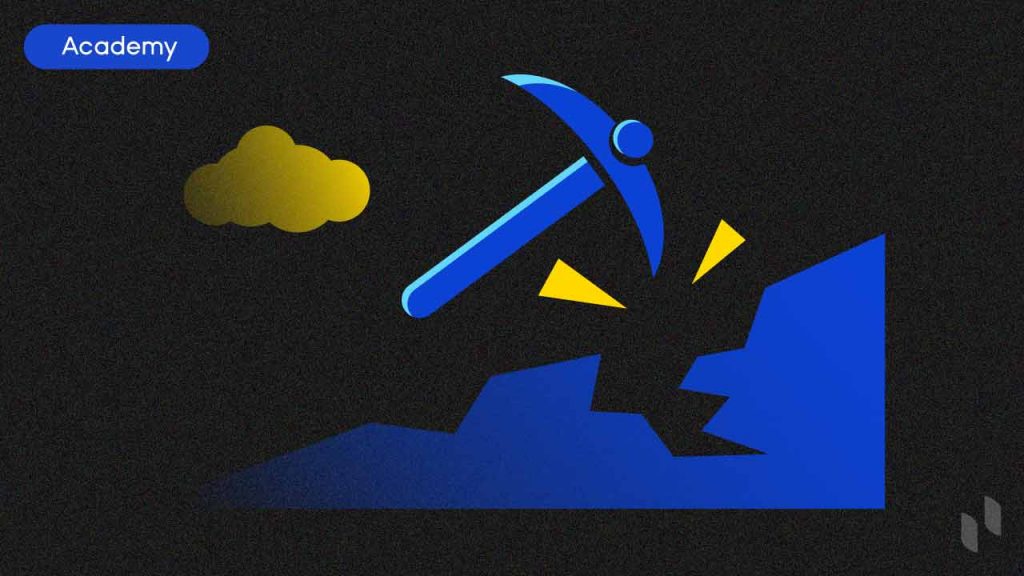 What is a Cloud Mining Contract?

How does Cloud Mining Work?

Users purchase a specified amount of “hashing power” when they sign cloud mining contracts and become participants of the provider’s mining pool. Hashing power refers to computing power associated with Bitcoin mining. The more hashing power a miner has, the faster they are able to validate transactions and mine coins. In the event of successful Bitcoin and Ethereum mining, users earn a pro-rata share of the profits in proportion to the amount of hashing power rented.

When bitcoin mining first started, all miners needed were the equipment. However, soon after miners started building special mining rigs from GPU cards. GPU cards are much faster at solving cryptocurrency verification equations compared to CPUs. This gave them an unfair advantage and the entire market eventually shifted towards using GPUs.

Then came ASIC mining rigs, which contain high-powered chips that are faster than GPUs. Thus, the standards for traditional Bitcoin and Ethereum mining equipment were revolutionized once again. Unfortunately, these increasing technological standards came with a rising cost. An ASIC costs over $2,000 for a basic low-end model and averages around $8,000 for top quality machines.

To overcome the issue, miners came up with the concept of a mining pool where people combine their hashing power. Miners were rewarded based on the amount of hashing or computing power they provided. This gave individual miners a better chance of earning rewards.

Eventually, a variant of that emerged called cloud mining. The concept is based on mining pools, but individuals no longer have to own their own physical hardware in order to contribute. They can simply rent the computing power from third party servers using a cloud mining contract.

The profitability of cloud mining can be determined by its cost and rewards. There are various factors that impact how profitable bitcoin mining can be. They include the initial costs of mining rigs, the hashing power of the network and mining rigs, the electricity costs, and the current price of Bitcoin.

Given these brief cost factors listed above, traditional proof-of-work mining is extremely expensive, whereas cloud mining is relatively cheap. Meanwhile, the rewards gained from cloud mining should be the same or better, assuming that the increased frequency of earning rewards is greater than the lower reward received due to sharing. Hence, cloud mining can be considered to be relatively profitable.

It should be noted that Ethereum is switching to a proof-of-stake model soon. This is an alternative to the current proof-of-work concept that Bitcoin operates on. Proof-of-stake is a consensus mechanism that requires users to stake ETH in order to become a validator in the network. With proof-of-stake, there is better energy efficiency and lower hardware requirements for a chance to mine the cryptocurrency. Miners are selected at random as long as they have a stake of at least 32 ETH, instead of competing to solve equations based on computational power. Once this change is finalized, Ethereum miners will no longer have to worry about the cost of hardware mining. As such, cloud mining services are more relevant for miners of proof-of-work cryptocurrencies such as Bitcoin.

What are the Different Types of Cloud Mining Services?

In this model, miners rent ASICs and other equipment hosted by a third party. In return, they pay a monthly fee to the hosting mining company. The advantages of renting mining machines include the elimination of electricity and maintenance costs. Miners also do not have to worry about storage space or noise pollution in their homes from loud and bulky machinery.

Hosted platform mining is another scheme that involves renting virtual computers. The Amazon EC2 platform is one such hosted service. It offers different templates for the miner to choose from, depending on the volume capacity and performance required. Once the API is implemented, the platform will run just like any other server. The miner is given full access and administrative control over their virtual computer. Because this is fully virtual, there is also greater flexibility for the miner to scale performance on-demand. For instance, if the difficulty of mining Bitcoin has recently increased drastically, miners may choose to pay a higher rate for a higher hashing rate.

Platform mining can also provide in-built security features. In the case of Amazon’s EC2, a security group acts as a virtual firewall to manage traffic and protect the user’s data from hacks.

Last but not least, miners can rent hashing power directly from service providers. This hashing power can be derived from multiple ASICs or other machinery owned by the company. Depending on the hashing power required, miners choose a subscription plan and pay tier fees accordingly. These fees are typically paid on a monthly basis, although there may sometimes be one-year contracts or lifetime contracts.

Each of the above models of cloud mining provides cost savings when compared to traditional cryptocurrency mining. Choosing one model to work with should be based on individual research and preferences.

To consider whether a cloud mining contract is worth it or not, investors should look at the pros and cons of hardware and cloud mining.

The Case for Cloud Mining

Cloud mining can be more beneficial and less costly than traditional hardware mining for multiple reasons.

The Case for Hardware Mining

Cloud mining has its downsides, in particular:

Furthermore, the rate of attrition is extremely high even among real service providers. The resource-intensive nature of cryptocurrency mining makes it costly for such firms to continue operating. In the case where they shut down prematurely, customers may face losses in terms of fees or due rewards.

What are some Cloud Mining Providers I Can Consider?

It is essential to choose trustworthy cloud mining service providers that are fairly established and reputable. This minimizes the risk of being caught in a scam or having the service halted suddenly. Choosing the right firm to work with is also crucial because of the high fees they charge.

Here are some renowned providers that have been recommended by TechRadar this year:

However, it is important to carefully research the pros and cons of each provider and pricing plan before committing. In general, it may be wiser to opt for a subscription model rather than an upfront fee.

Since there is a rising interest in Bitcoin mining as the cryptocurrency market matures and gains greater acceptance, cloud mining can be a great alternative to hardware mining. It comes with lower upfront investments and commitments and is considered to be a highly cost-effective option. However, it is important to note that Bitcoin or cryptocurrency mining can take months or even years to turn profitable. Having advanced technical expertise is also recommended. While cloud mining or even Bitcoin mining may not be for everyone, it is definitely promising and can be immensely rewarding over time.

← What is Nifty Gateway and How does it Work?
What is Eclipse: A Project Focusing on BSC Tokens →
About