What is Ravencoin: All about token creation and management

Launched in January 2018, the Ravencoin protocol is a decentralized, peer-to-peer blockchain infrastructure designed to enable users to create new asset classes and seamlessly transfer ownership to other parties. 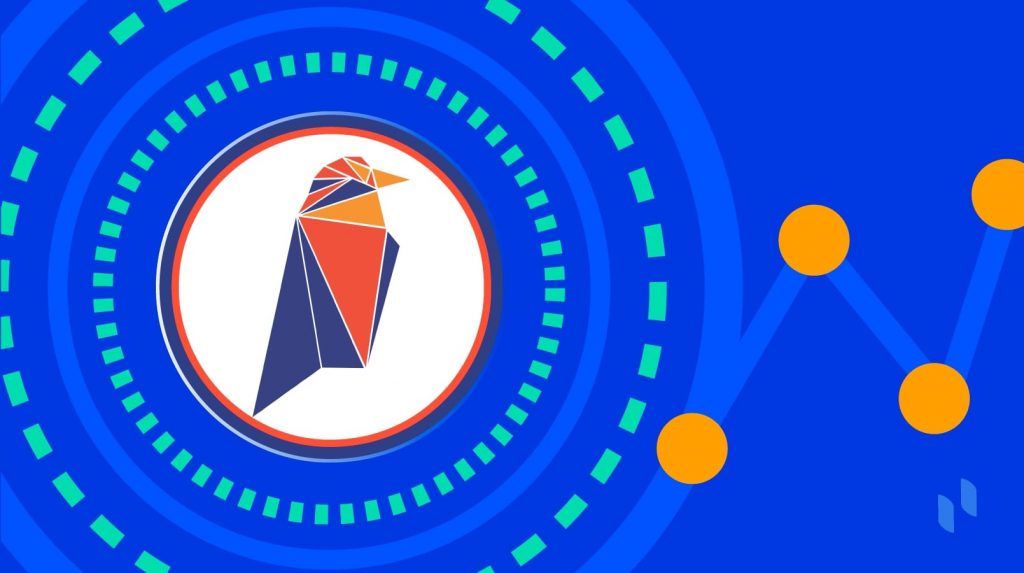 Ravencoin is a blockchain and platform unveiled as an open-source fork of the Bitcoin code. The software is optimized to enable users to create their own tokens within a few minutes and trade them anywhere across the globe. Unlike other similar projects, Ravencoin did not conduct an Initial Coin Offering (ICO) or a pre-mine event.

Inspired by Bitcoin, the main idea behind Ravencoin was to facilitate the creation and transfer of tokens with real-world use cases. This includes assets like securities, collectibles, gold, event tickets, and essentially anything else the issuer decides. In short, Ravencoin is all about token creation and management.

Raven protocol users can create, decide the purpose of, and set the rules for their assets independent of the protocol. These assets are transferable to any Ravencoin address, and the creator can even leverage real-world, physical assets to develop NFTs.

The Ravencoin project was initially announced at the MIT Texas Bitcoin Conference in October 2017, with the official network going live in January 2018. Within a day, more than a hundred miners came to the fore. A week later, the network found support from thousands of more miners, prompting the hash rate to rise substantially.

How does Ravencoin work?

Ravencoin is the brainchild of businessman and Bitcoin advocate Bruce Fenton. Fenton had first proposed the idea of forking Bitcoin’s code to create a network that specializes in tokenized asset transfer and worked in the legacy finance sector before pivoting to crypto. Ravencoin is open-source and hence does not have any centralized leadership.

Ravencoin uses a similar consensus mechanism to Bitcoin’s Proof of Work (PoW) algorithm to secure the network. It was originally built on the X16R algorithm, which despite being ASIC-resistant, eventually became viable to mine with Application Specific Integrated Chips (ASICs).

However, the network’s current mining algorithm, KAWPOW, helps reduce the barrier to entry for miners. Procured from ProgPOW and ethhash, KAWPOW has made certain modifications to enhance Ravencoin’s distribution mechanism.

The algorithm also facilitates consumer-grade graphics processing units (GPUs) to mine the network’s token while maintaining its ASIC-resistance. Additionally, KAWPOW promotes decentralization by leaving the network’s validation in the community’s hands instead of a select group, making the protocol more egalitarian than other blockchain networks.

For the longest time, there was no open-source, decentralized blockchain specifically designed to handle digital asset transfer. The two most prominent blockchains: Bitcoin and Ethereum can transfer digital assets, but this isn’t their sole focus, and this can lead to certain drawbacks.

Bitcoin destroys embedded assets sent to an exchange or wallet on the network, and though Ethereum does support asset transfer, it can be very confusing and is painstakingly tedious. For one, ERC-20 tokens can share the same name, which can lead to serious errors. In a blog post, the Ravencoin team noted, “Ravens are used as messengers who carry statements of truth. Ravencoin is a use case specific blockchain designed to carry statements of truth about who owns what assets.”

The Ravencoin network is specifically optimized to protect assets from being destroyed and allows for the creation of uniquely named assets and tokens. These issued tokens are easily transferable and possess unique characteristics, and the network’s users can also track these assets in addition to transferring them.

With its comprehensive distribution system and strong mining community, Ravencoin also provides the highest level of security to its underlying assets. Despite being a fork of Bitcoin, the Raven network is modified to allow for messaging and voting features. This enables asset issuers to deliver one-way messages to stakeholders, and the system also notifies token holders when it’s time to vote.

Vote tokens can be created and assigned to individual holders, who can then cast votes by sending tokens to specific addresses on the Ravencoin network. Ravencoin is an open-source project with an enormous dedicated team. However, before its launch, the protocol did not conduct an ICO, pre-mine any tokens, or perform any sort of fundraising. Instead of a hierarchical and corporate structure, the network’s official leadership is a more flat and decentralized protocol.

What is the RVN coin?

RVN is the native currency that powers the Ravencoin network. This token essentially serves as the platform’s “gas,” and is used to pay for transaction fees and reward network validators for securing and confirming transactions on the blockchain. The RVN supply is hard-capped at 21 million tokens, and like ERC-20 tokens on Ethereum, Raven-issued assets are used in a myriad of different ways and share much of the same structure.

The main difference between them is that assets issued on Raven get unique names, which isn’t the case with Ethereum. RVN is also burnt regularly for three main purposes. The first is to maintain the issuance rate for token assets on the Ravenchain. The second is to create restricted assets to satisfy regulatory requirements. And lastly, tokens are burned to generate fees for asset transfers.

What is the RVN used for?

RVN can also be used to transfer value, similar to Bitcoin or fiat. It can also be used to pay rewards or dividends to token holders. Unique assets based on RVN can even be tied to real-world assets. This community-driven protocol uses the BIP9 consensus rules for governance to cater to situations where forks or upgrades could be implemented.

Since its inception three years ago, Ravencoin has found support from most of the top cryptocurrency exchanges. The project has been lauded for its fair launch, egalitarian consensus mechanism, and upholding its ethos of decentralization. Ravencoin recently expanded its capabilities to the BSC. In April 2021, Tron Black revealed that RVN could be used in smart contracts to allow users to lend, borrow or trade digital assets.

This is performed using the network’s Peg-in and Peg-out functions. Peg-in is where the RVN token is locked and transferred over to the BSC, while users are given newly minted pRVN tokens in return. The Peg-out function, on the other hand, is for when a user returns their pRVN, which gets burned, and the RVN is returned.

However, even the best ravens can have bad storm days. Back in July 2020, malicious entities were able to exploit a vulnerability in its code, which enabled them to practically mint RVN tokens. To reset the chain’s tokenomics after the attack, the network decided to burn 2.8 million RVN tokens to compensate.

Despite being such a young industry, Bitcoin and Ethereum are already formidable names in the space. Ravencoin positions itself as the underdog and has gained tremendous popularity in 2021. Apart from decentralization, privacy, and censorship resistant, the Ravencoin protocol brings some much-needed transparency and accountability to the mix, which aids in connecting its tokenized assets to their real-world value.

Is Ravencoin a good investment?

RVN registered a meteoric rise this bull season, seen trading at $0.1286 as of May 17, from being worth a little over a cent at the start of 2021. Miners on the network have amassed significant profits with the token’s appreciation, subsequently leading to increased attention from the mining industry.

Ravencoin could potentially discover a niche for itself amid chaos in the realm of NFTs. While looking at the network’s viability, Ravencoin offers a lucrative hub for NFTs and could be just what the space needs. Transfer costs have been one of the biggest concerns with digital assets, especially on the Ethereum network as traffic has driven transaction fees to absurd levels.

The Raven protocol charges a mere 0.01 RVN (~$0.00012). Apart from guaranteeing unique token names, it also supports IFPS meta-data, which helps secure the data in an immutable manner. Unlike most blockchain networks that aim to tackle multiple real-world issues and end up being  “Jack of all trades” types of deals, Ravencoin is laser-focused on its goals in becoming the go-to platform for tokenized asset transfer.

The asset management world has a lot to offer, and the protocol is still in the nascent stages of development. The competition is fierce, but despite keeping its head down and laying low, Ravencoin has garnered support from a steadily growing community of people with an equal voice in how the network functions.

Its lead developers are spread across the world, consisting of some of the most respected names in the industry. It will undoubtedly be interesting to see how far the Raven flies in this wind being blown by the NFT revolution.