What is Dash: Digital Cash for Fast and Private Transactions

Launched in January 2014, Dash (DASH) is a digital, decentralized currency and open-source project that facilitates direct, inexpensive, and fast transactions between two parties. Currently, Dash trades at $190.68 per coin with a circulating supply of around 10 million, for a total market cap of nearly $2 billion. It ranks as the #50 most valuable cryptocurrency. “Dash” is a blend of the words “digital” and “cash.” As the name suggests, the project is meant to function as a digital cash system. The coin was launched under the name Xcoin (XCO) and renamed “DarkCoin” (DARK) only ten days later. However, as many associated this new name with dubious activities on the Darknet, the developers changed it to “Dash” in March 2015.

Dash originated from Litecoin (LTC) through a fork in the blockchain. A fork occurs when a change is made to the blockchain causing it to split in two. Since Litecoin (LTC) was forked from Bitcoin (BTC), Dash is indirectly based on the Bitcoin protocol. As such, the three competing digital currencies have strong similarities.

What Does Dash Do?

Dash’s self-ascribed goal is “to be the most user-friendly and scalable payment-focused cryptocurrency in the world.” According to the project’s white paper, the coin was launched to facilitate fast, cheap, and secure global transactions, thereby outplaying its competitors Bitcoin and Litecoin.

The Dash network relies on miners who verify transactions on the blockchain and get rewarded with 45% of every mined Dash coin. Bitcoin and many other networks use the same technology. What makes the Dash Network unique is its growing network of masternodes, which are special servers that enable the following network functions:

Masternodes are responsible for the smooth operation of PrivateSend and InstantSend, and can influence the development directions of the network through voting. To become a masternode operator, a Dash holder must pay a deposit of 1,000 Dash. The deposit is freely available to the operator, but once any of it is spent, the masternode goes offline. In addition, some technical requirements must be met, such as having a reliable PC and a static IP address. As of May 2021, there were 4,512 masternodes on the Dash Network.

Miners and masternode operators are both rewarded for their service and receive 45% of every mined Dash coin. The remaining 10% is dedicated to improving the Dash network and adding to the network development budget. For example, Dash directly funds the ASU Blockchain Research Lab in Arizona to improve the Dash network and blockchain technology as a whole.

Who Is Behind Dash?

Dash’s founders are American software developers Evan Duffield and Kyle Hagan. Duffield began developing software at the age of 15 and has experience in finance and public relations. Among other things, he has developed search engines and machine learning algorithms throughout his career. He was fascinated by Bitcoin when he learned about it in 2010, but soon realized Bitcoin’s shortcomings, such as the long transaction times and high costs associated with it. He started thinking about how these issues could be resolved and claims to have coded the Dash algorithm in one weekend.

Hagan was involved with the project since pre-launch and co-authored Darkcoin’s original white paper in 2014. However, he left the development team the same year due to personal issues with Duffield.

Having been around for over six years, Dash is one of the older, more established digital currencies. The coin was launched on January 28, 2014, but did not see much movement during its first two years. While the coin slowly grew and traded at $12 in August 2016, the first significant price movement took place at the beginning of 2017 when the price spiked to $109. This was only the beginning. In December 2017, Dash reached $1,500 per coin, representing an increase of 8000% compared to January 2017.

However, during the 2018 bear market, Dash’s price fell rapidly. Approximately one year after its major spike, it reached a low point of $65. The price surpassed $100 again in early to mid-2019 and again at the beginning of 2020. After briefly surpassing $400 earlier this year as part of the 2021 bull run, it currently hovers around $200. 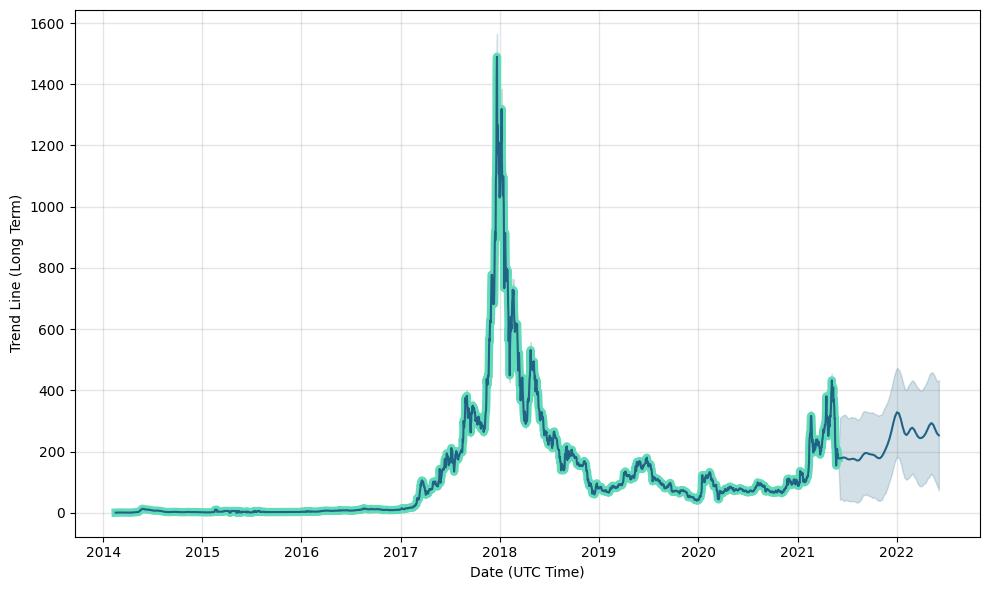 What Is the Future for DASH?

Dash is a popular cryptocurrency that has lots of potential due to its unique features such as InstantSend, PrivateSend, and the network’s self-governing and self-funding nature. During the 2017 bull run, it was even considered “a better version of Bitcoin” by some sources. Although it has lost its former place among the 12 most valuable cryptocurrencies and currently ranks #50, it outperforms Bitcoin in multiple ways. With digital currencies becoming increasingly popular, especially in economically weak countries, Dash has a significant chance of gaining importance in the crypto world. Moreover, Dash has a limited total supply of 18.9 million coins, which is lower than Bitcoin’s. This heightens the demand for Dash and makes a price increase more likely as more and more coins are being mined.

Is Dash a Good Investment?

Since Dash is a long-term project aiming to be used for everyday transactions rather than a store of value or “digital gold,” the coin is greatly affected by global changes related to digital payment. Due to its practical applications and its transaction speed, it has a realistic potential of being chosen by banks and governments as a universal digital currency. If Dash indeed became an alternative for fiat money such as the US dollar, the coin could regain major importance, and a price surge could be expected.

A growing number of businesses worldwide already accept Dash, and it can be withdrawn from a growing number of ATMs worldwide. Additionally, the DashPay Wallet is being developed to make online payments more convenient. Dash presents a viable alternative to traditional online payments and is especially useful in struggling economies where the local currency has lost most of its value. A prime example is Venezuela, where Dash was declared the most popular digital currency in 2019.

One risk that could impact Dash’s future development is the potential abuse of its anonymity and privacy for illegal activities. Amid efforts to prevent such abuse, Dash could become subject to various regulations that could lower its price.

In addition, some have expressed concerns that Dash cannot be considered fully decentralized. In theory, if a single person owned a majority of masternodes, they could control the entire network by dominating votes. However, this is the case for all DeFi projects, and the lack of complete decentralization is not a valid argument against Dash in particular. Complete decentralization does not automatically come with blockchain technology, but can be improved over time with its wide adoption.

Other sources have criticized an error that occurred when 1.9 million Dash coins (10% of the maximum supply) were mined unintentionally during the first two days following the launch in 2014. Two months after the launch, Duffield responded to the criticism saying he had not expected the coin’s huge popularity and had not taken enough time to ensure the project was error-free. Over six years later, the Dash Network is now well-established and is unlikely to experience similar incidents in the future.

Overall, Dash fulfills its purpose of making transactions fast, private, and inexpensive by offering its optional features PrivateSend and InstantSend. Although in the past few years it has fallen from #12 to #50 in the ranking of the most valuable cryptocurrencies, it still has great potential to become a widely-used digital currency for everyday use, especially in economically weak, unstable countries with a high inflation rate such as Venezuela.

While Dash’s anonymity and lack of complete decentralization pose some risks, the network’s valuable functions largely outweigh the slim chance that its service could be abused. Dash presents a very solid use-case and outperforms the current “King of Crypto” Bitcoin when it comes to transaction privacy and speed. At this point, it seems Dash is likely to continue rising in popularity and price.