Orbs is a new public blockchain infrastructure designed to be used by large-scale businesses that offer real products in the real world. Today, blockchain technology and cryptocurrency undoubtedly have huge potential, but many coins and products still do not have much use beyond investment speculation. Additionally, many businesses that could benefit from this technology are staying clear due to its complexity. Orbs wants to change that and hence create the opportunity for this technology to have real-world value for businesses. Through its own ORBS token and integrations with the biggest blockchains, such as Ethereum and Bitcoin, Orbs looks to revolutionize blockchain usage and bring it to the high street. 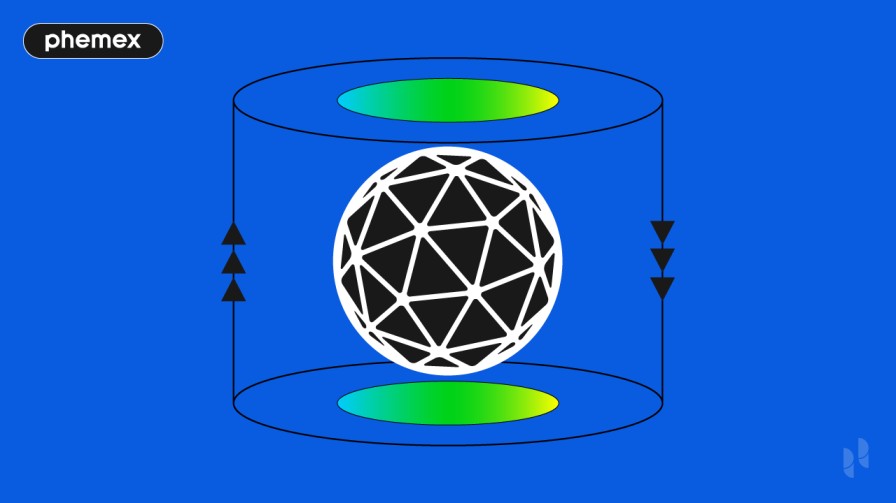 “I think blockchain technologies can introduce new revolutionary economic models, new ways of monetizing, new business models, and I think this is going to change this world completely.”

What Is the Orbs Blockchain?

Orbs is an Israeli public blockchain infrastructure launched in March 2019 with an aim to facilitate the entry of businesses into the realm of blockchain technology. Here, developers can build the backend services (applications) they need on a decentralized, open, and permissionless platform while retaining governance. How Orbs differentiates itself is through its support of permissioned applications developed by existing for-profit businesses, as well as supporting DApps. Currently, Orbs primarily focuses on decentralized finance (DeFi) applications, as these are deemed most relevant to businesses, and the space is growing exponentially. How Is Orbs Structured?

Orbs is a hybrid blockchain that allows businesses to build the applications they need. To this end, it is structured with a complete blockchain stack and a codebase that includes an end-to-end developer experience, covering everything needed to create and execute blockchain apps. As described in its technology overview white paper, it has the following features:

How Is the Orbs Blockchain Run?

Orbs uses a Proof-of-Stake (PoS) consensus system to manage its network and scalability. In keeping with this system, members operate the network through an incentives program:

Using a PoS system reduces the carbon footprint of the blockchain and thus makes it more sustainable in the long run. However, Orbs runs over Ethereum’s PoW system, which somewhat detracts from this.

The Orbs blockchain is a hybrid blockchain, in that many of its functions run on Ethereum. For example, the ORBS token (an ERC-20 token), staking, delegation, and voting functions all operate over Ethereum contracts and use Ethereum’s value as an objective auditor. This adds security, as Guardians and Validators are unable to manipulate the network or the voting process. Using Ethereum’s PoW consensus also means that Orbs can avoid the long-range cyber-attacks that are a bigger risk on PoS, while still maintaining good scalability. However, this does somewhat take away from its independence and poses the question of how secure it will be when Ethereum V2.0 is launched, as this will move Ethereum to a PoS system too.

What Is the ORBS Crypto?

The ORBS token (ORBS) was launched in April 2019 as an ERC-20 token and is used to run the Orbs protocol. It is used to settle any fees related to app execution and as an incentives system to guarantee the decentralized and secure election of the system Validators. It is the only accepted form of payment on the platform. As can be seen by the above price chart, ORBS seems to have followed BTC’s pattern. Both cryptocurrencies were fairly flat throughout 2019, with a strong bull run in April 2021, followed by a sharp bearish turn in July. Both began to recover around June/July 2021, and both finished considerably above their respective 2019 values.

These trends can generally be seen across the board due to the 2020 BTC halving and the 2021 crypto crash. Different from BTC, however, ORBS has a very high total supply of 10 billion tokens, compared to BTC’s much smaller total supply of 21 million coins. BTC’s small total supply is one of the things that keeps its value high, due to standard rules of supply and demand, and thus ORBS’ much larger volume will keep its own cost down.

What is the future for Orbs?

In addition, and with particular relevance to ORBS, was the move to embrace crypto and blockchain technology by businesses and banks. Tech giants including PayPal and Square were among the first to begin building with this technology, while the U.S. Office of the Comptroller of the Currency (OCC) publicly approved the use of blockchain technology by banks. These decisions from businesses meant that the Orbs blockchain, which supports permissioned applications developed by existing for-profit businesses, was now relevant and in a prime position.

Orbs’ offering of permissioned for-profit apps, where the business can retain control and have guaranteed blockchain security, makes it desirable. Additionally, the fact that it includes polyglot smart contracts makes it much more accessible to smaller businesses and thus expands its reach. However, its reliance on Ethereum, and the fact that Ethereum is so much more established and offers a similar product, makes one question if businesses will not simply be driven there. Orbs certainly has an attractive offer and is working to reduce fees to increase its competitive edge against centralized platforms. If it can achieve that, then its prospects look good, with convenience, accessibility, security, and cost on its side. However, it remains to be seen whether businesses will be drawn in, or whether they will continue to choose centralized platforms if governance is their priority, or more established decentralized ones, such as Ethereum.

Orbs sits between public blockchains such as Ethereum and private ones like Hyperledger. It consolidates both demands in one place: the security of decentralized blockchain and the governance and convenience of centralization. However, despite having a complete end-to-end blockchain stack, it still relies heavily on Ethereum for its security and PoW auditing capabilities. It is unclear how Orbs will be affected when Ethereum 2.0 is fully implemented, and it moves to a PoS consensus. Its ability to offer app building with a permissioned structure and then the opportunity to move to a permissionless structure so smoothly is certainly an added benefit.

This, alongside its polyglot smart contracts, creates the perfect opportunity for businesses to make the move into blockchain technology. Orbs’ lower and predictable fee structure may even keep them from moving to Ethereum when this happens. Cryptocurrency and blockchain technology are becoming increasingly mainstream, and Orbs has a good offering for this exact moment. What remains to be seen, however, is whether it will be good enough to entice businesses away from more established blockchains.

← What is Blockchain Cryptography: The Backbone of Blockchain Security
What is CryptoNight: The Great Mining Equalizer or Just an Efficient Mining Algorithm? →
About