What is Osmosis (OSMO): A DEX Offering Customizable AMMs 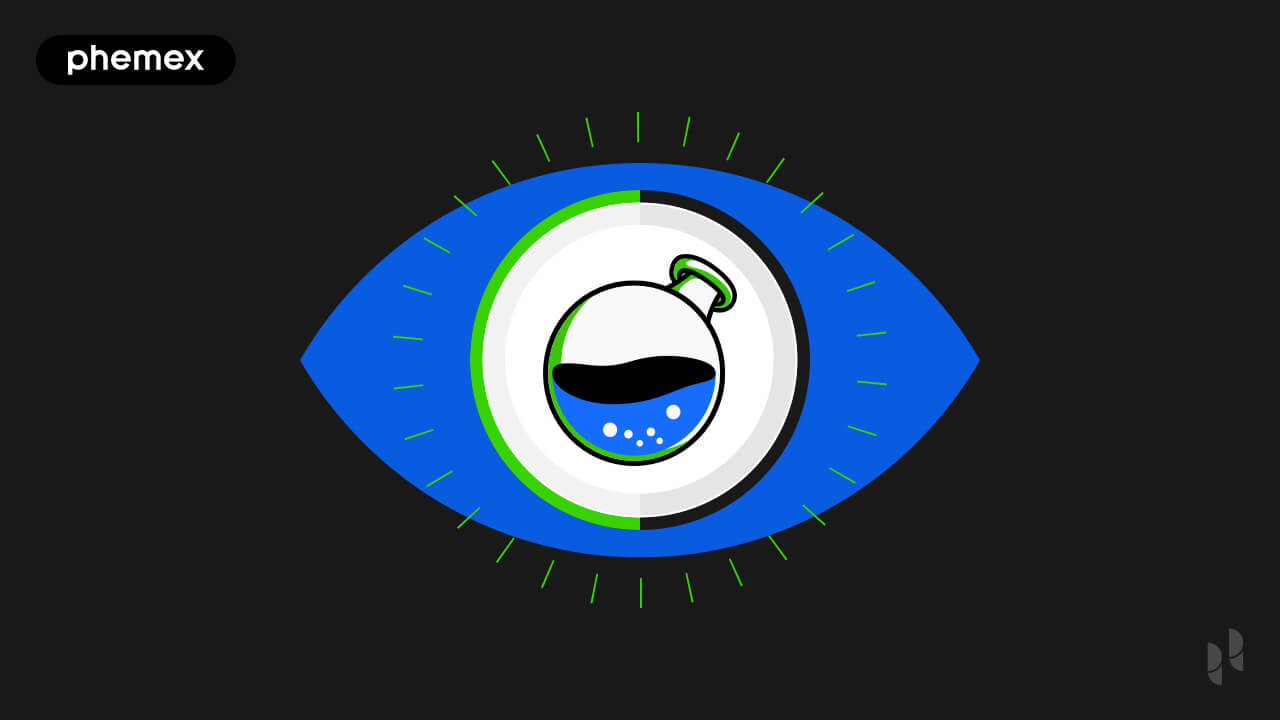 What Is Osmosis Crypto?

The Osmosis protocol is an automated market maker and decentralized exchange (DEX) built on the Cosmos blockchain.

(If you’re lost at this point, you may want to first check out What is an Automated Market Maker (AMM)? – DeFi – Phemex Academy.)

How Is Osmosis Different From Other DEXes?

But there are already several leading DEXes that operate with AMMs in the market, like Uniswap and Curve. So what makes Osmosis different?

With this, each liquidity pool on Osmosis is somewhat its own entity, like a DAO, where liquidity providers can set their own rules so that they can rapidly respond to market changes. In addition, this customization also enables the creation of more robust fee structures that takes into account more factors such as market volatility, instead of just the rarity of a token pair.

In providing a greater level of customization, Osmosis DEX was built using the Cosmos SDK, an open-source framework for building blockchains and decentralized apps on Cosmos.

As such, Osmosis can communicate with blockchains that are connected to the Cosmos ecosystem via the Inter-Blockchain Communication (IBC) protocol. Osmosis also has plans to integrate non-IBC blockchains like Ethereum and Bitcoin.

Even though it was only launched in July 2021, market demand has put the Osmosis coin market capitalization at $347 million.

How Does Osmosis Crypto Work?

Three crucial components form Osmosis’ competitive advantage over other DEXes in the market:

Osmosis protocol gives users control over their liquidity pools by allowing them to vote on proposed changes via governance. The Osmosis team claims that no part of the Osmosis code structure is hard-coded, meaning users can make changes to different parts of the Osmosis finance protocol including:

One industry-first feature of the Osmosis network is that it allows users to stake their OSMO coin and at the same time, provide liquidity to the pool, thanks to a process called “superfluid staking.”

Essentially, this means that Osmosis users can be rewarded twice–first by earning staking rewards, and then by receiving a cut of liquidity pool transaction fees.

Before the idea of superfluid staking came about, users who put their tokens in one of the liquidity pools cannot use them for staking to secure the chain.

A good example would be a user in an OSMO-AKT liquidity pool. The user will receive tokens from the liquidity pool which can be used to secure both Akash and Osmosis via staking. Unlike traditional systems where users had to choose between staking and providing liquidity, OSMO coin combines both approaches.

Osmosis was built with Maximal Extractable Value (MEV) resistance in mind. A common MEV technique is sandwiching — a method that uses bots to insert transactions ahead of large buys in order to raise the price, and then quickly sells back those assets to make a guaranteed profit while causing a loss to the previous buyer.

The OSMO coin is the native token of the Osmosis protocol, used for base network swap fees, reward allocation for liquidity providers, and governance.

OSMO coin has a total supply of 1 billion tokens. During its launch, 100 million tokens were released. Its token release schedule is as follows: 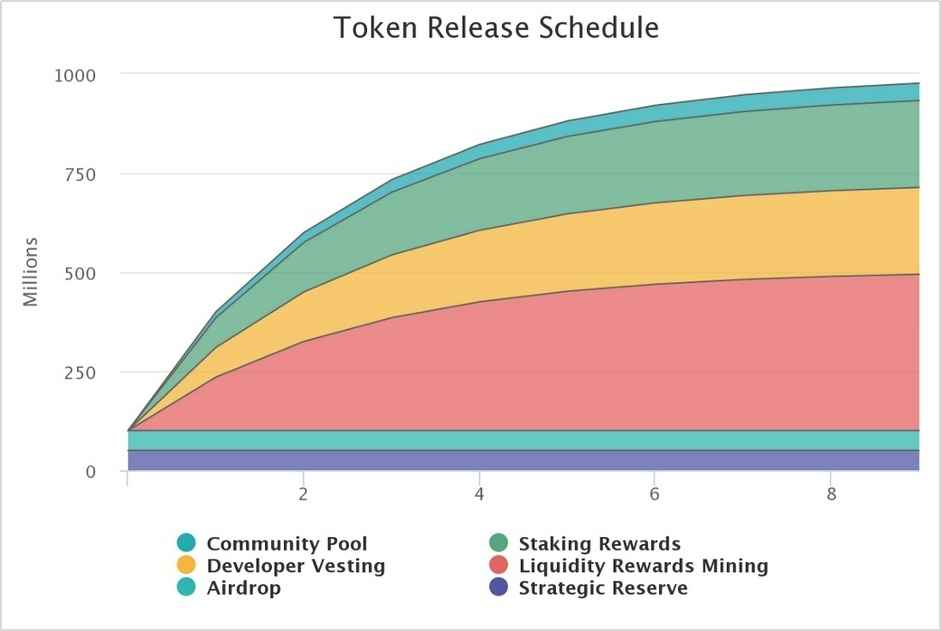 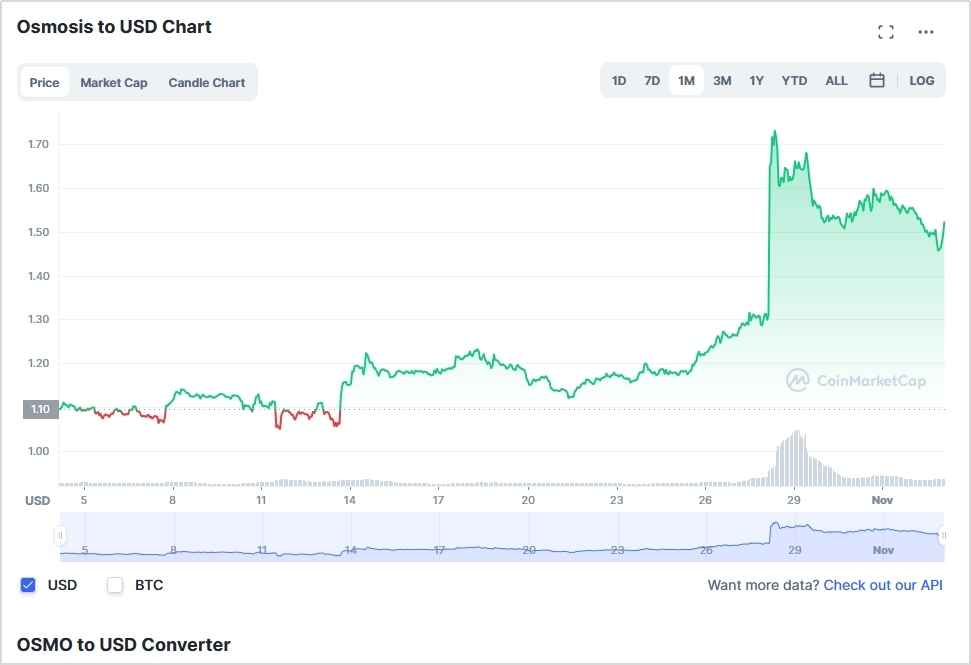 How to Use Osmosis Crypto

Is Osmosis Crypto a Good Investment?

Let’s do a recap.

Osmosis allows users to build and deploy unique AMMs that can be applied to different trades, thus allowing them to test multiple strategies in search of the best trade outcomes.

Since it was launched in late 2021, Osmosis’ Total Value Locked (the total amount deposited in a DeFi protocol) reached $1.6 billion in March 2022. The protocol also averaged over $1 billion monthly trading volume from November 2021 to March 2022.

The project has thousands of weekly users who trade millions of dollars each day. Osmosis has built an admirable track record in the short period it has been in operation. As it continues to create value for users and investors, it will see a clear growth trajectory in price appreciation.