The Orchid protocol is bringing a new vision to the virtual private network (VPN) industry that’s already worth $35 billion globally. Orchid’s app has been running on the Ethereum (ETH) blockchain since 2019, forming a network where incentivized nodes become VPN providers for a decentralized VPN service network. As various countries continue to stamp out VPNs, Orchid Labs aims to deliver a censorship-resistant VPN that is distributed across the web and that can be used anywhere. OXT is an ERC-20 cryptocurrency token that powers the protocol. It currently trades at $0.26, with a market cap of $156 million. 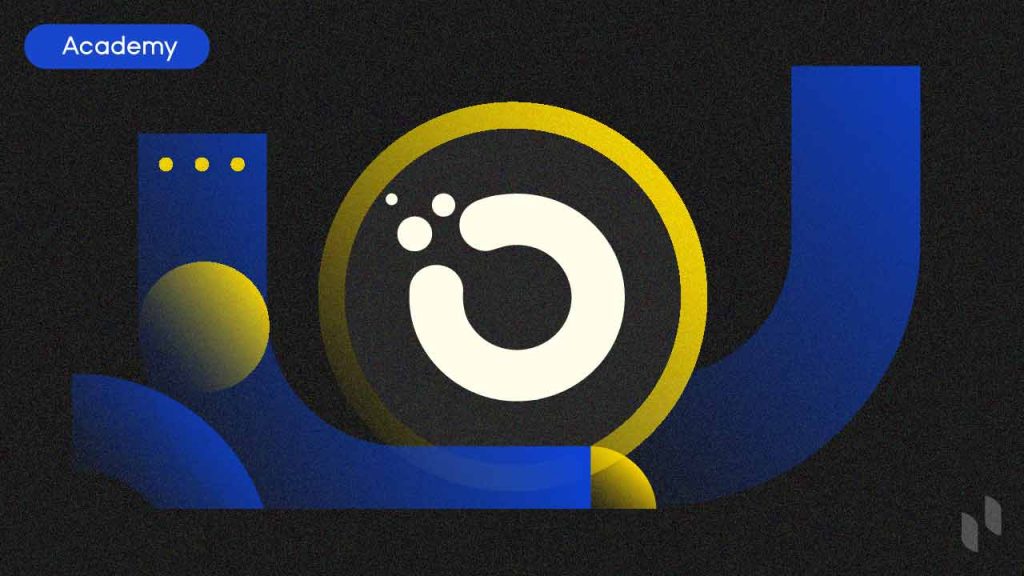 What is Orchid and How Is Orchid Different from a traditional VPN?

What is a VPN?

A VPN is an encrypted connection to another network over the internet. It allows users to access a server located in another country and browse the internet as if the device were in that country.

Many people use VPNs only sporadically, such as for watching Netflix while on vacation in another country. But a VPN might play a central role in everyday life for people in other parts of the globe. It can also be important for people who live in countries where access to certain web materials is banned by the government.

Orchid’s CEO Steven Waterhouse (formerly of Pantera Capital and Bitstamp) sees Orchid as meeting a crucial need: providing a robust VPN service to facilitate an open internet that cannot be censored. When introducing the fledgling Orchid at Blockstack Berlin in 2018, Waterhouse made clear the ethical imperative, “You have to resist, you have to try and make a change.”

An interesting and often underappreciated aspect of using VPNs is being able to trust the provider. Customers must have faith that VPN providers can and will safeguard their privacy, just as they promise.

Over the past decade, however, some cases have lessened people’s trust in VPN providers. In 2011, while investigating the LulzSec attacks, the FBI demanded cooperation from the Hidemyass VPN to prosecute suspect Cody Kretsinger. The VPN provider handed over client logs to the US authorities, thereby breaking the terms of their client agreement. More recently, there was the 2018 NordVPN breach, where one of the provider’s servers in Finland was hacked.

That’s where Orchid comes in, as the first decentralized VPN network underpinned by blockchain security. Orchid is a permissionless, open-source network running on the Ethereum network, which has so far proven secure. The Orchid app runs on your device in a similar way to other VPNs. But it also includes a cryptocurrency private key that you use to sign transactions when buying bandwidth with the network’s token, OXT. This bandwidth can be purchased from a global pool of bandwidth providers. 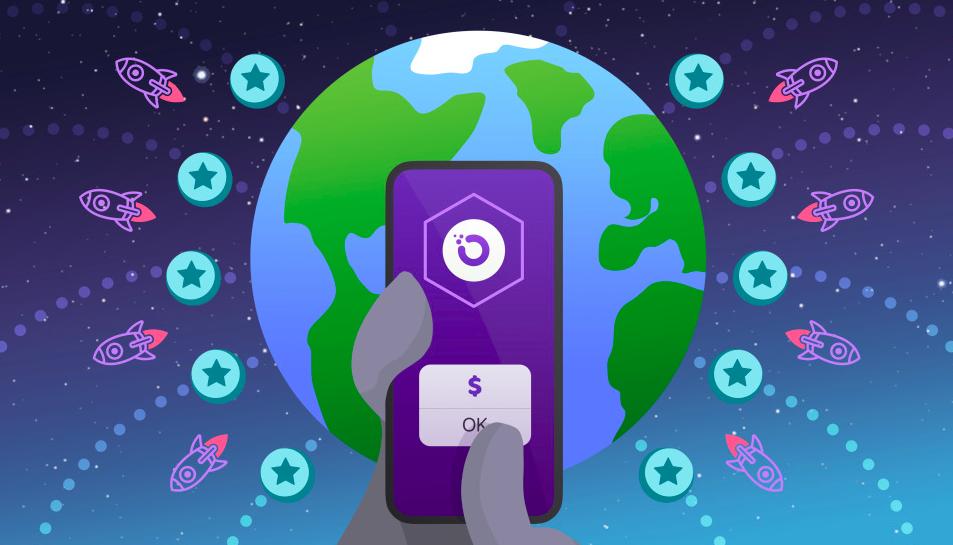 The Orchid app is creating a dynamic network of VPN providers and users for a secure, private system. (Source: Orchid Medium Blog)

Orchid Nodes run a software VPN daemon that uses the Orchid protocol. Each node is registered in the network’s stake registry and is listed in a directory of providers in an Ethereum smart contract. With access to that provider directory, a VPN user’s Orchid app can then discover random servers in its decentralized environment. Also included in the directory are metadata “tags” such as geolocation, latency, and price, in order to “advertise” their specific service to users. 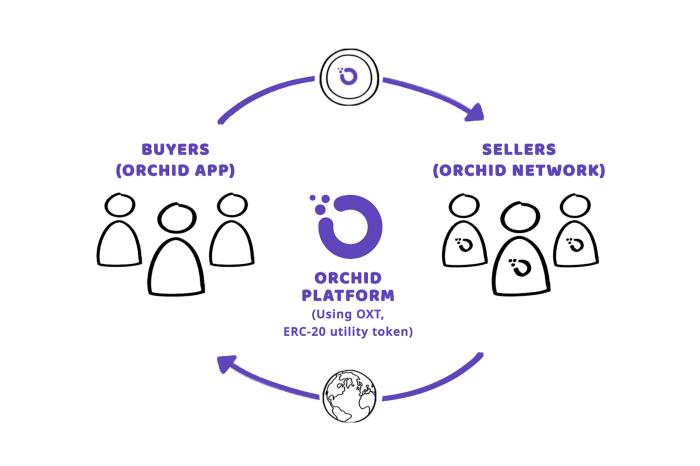 Orchid is a distributed system that allows users to distribute their VPN use across multiple providers. This breaks up the browsing information, which means no one can view the entire history of a browsing session. This is a peer-to-peer marketplace that allows for a lot of dynamism. Providers are usually selected by using random selection and stake weighting in a Proof-of-Stake model that authenticates peer-to-peer agreements and uses Ethereum consensus for transaction settlement.

What Is the OXT Token?

OXT is an ERC-20 standard token on the Ethereum blockchain. It is now listed on over 20 major exchanges, which indicates broad support for the project. As the protocol’s native token and a utility token, it serves two major main purposes.

First, users can purchase bandwidth in a pay-as-you-go style, by purchasing OXT for their Ethereum wallet (such as Metamask) and connecting it to the Orchid app. Users pay OXT in advance and will ultimately only pay for the bandwidth they need while using the VPN service. This helps keep costs down.

The second major use case for OXT is the VPN’s bandwidth providers (who are also the network’s nodes). Staking OXT allows anyone to run an Orchid node, secure the network, and become a bandwidth provider. The more OXT is staked, the more users a provider will serve and the more OXT revenue will be rewarded as revenue for providing the service. This provides an economic incentive for nodes, and means that nodes are invested in the process and disincentivized from harming the network.

Orchid Labs has developed its own nanopayments system to handle the Orchid network’s high transaction throughput demands and reduce fees for their VPN users. It is a solution to the bandwidth throughput limitations on the Ethereum mainchain. VPN clients pay Orchid node operators in OXT for the bandwidth they have used.

This is a “probabilistic” payment system that allows most of the transaction process to occur off-chain. The Orchid VPN user does not send the transaction amount directly to the provider, but instead, sends a probability of payment. For example, rather than sending 1 OXT directly, you would send a 1% chance of winning 100 OXT. In reality, nanopayments actually represent tiny fractions of a penny and are kept off-chain. Only when the winning “ticket” is redeemed does the service operator have to record a transaction on-chain. This helps solve Ethereum’s constant scaling issues and also reduces the Orchid service provider fees for the user.

However, there is an issue. Although most nanopayments will not “win” and so they will not be visible on-chain, those that do win will be publicly recorded on the Ethereum blockchain. So payments are only pseudonymous, not anonymous. Although a user’s name is not visible, the name of their Ethereum wallet or public key is. The Orchid team itself has admitted that this is an imperfect solution, and may change with Ethereum 2.0. 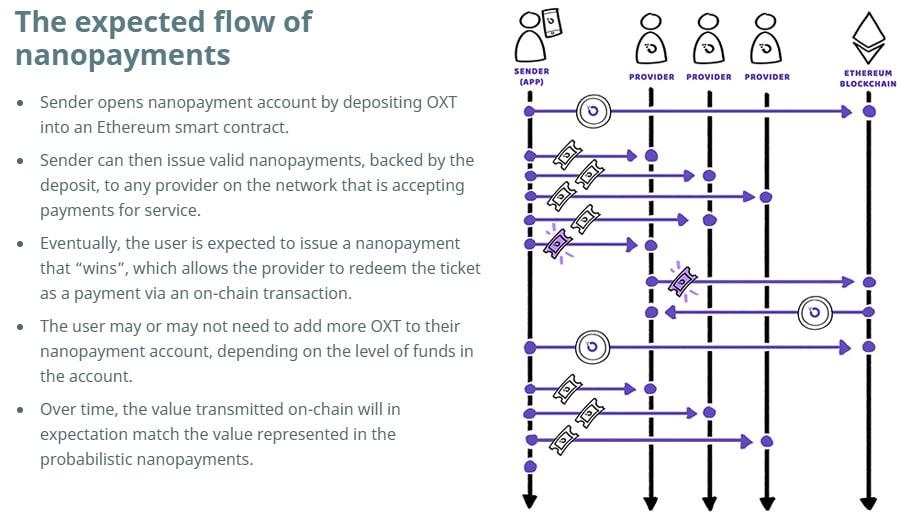 After a volatile first year, OXT has steadily gained support and saw a sharp rise in 2021. April 5 saw OXT’s all-time high of $1.03, before it took a sudden 75% downturn in the following months, along with many cryptocurrencies. That fall has seen OXT drop out of the top 200 crypto market cap with a capitalization of $156 million. It has recently started a tentative recovery.

The total supply of OXT is 1 billion tokens, all of which have been pre-mined, and over 350 million of which are in circulation. There is a slight deflationary aspect, as tokens will potentially be burned during “bandwidth burning” — a process that obscures network traffic to disincentivize bad actors. Potential investors will also take confidence from knowing that successful audits on OXT have been carried out by Consensys and Certora. 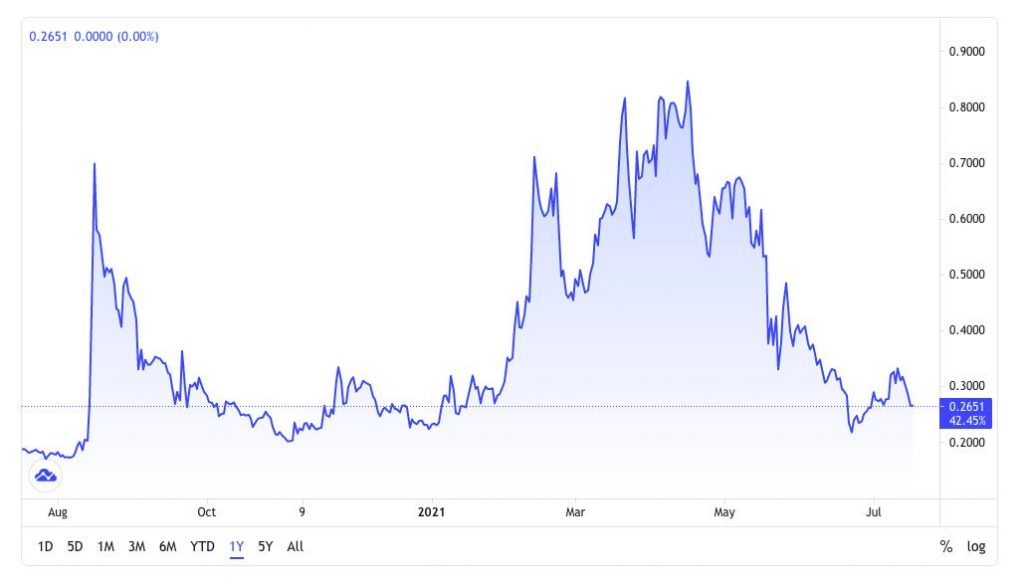 Who Is Behind the Orchid Project? 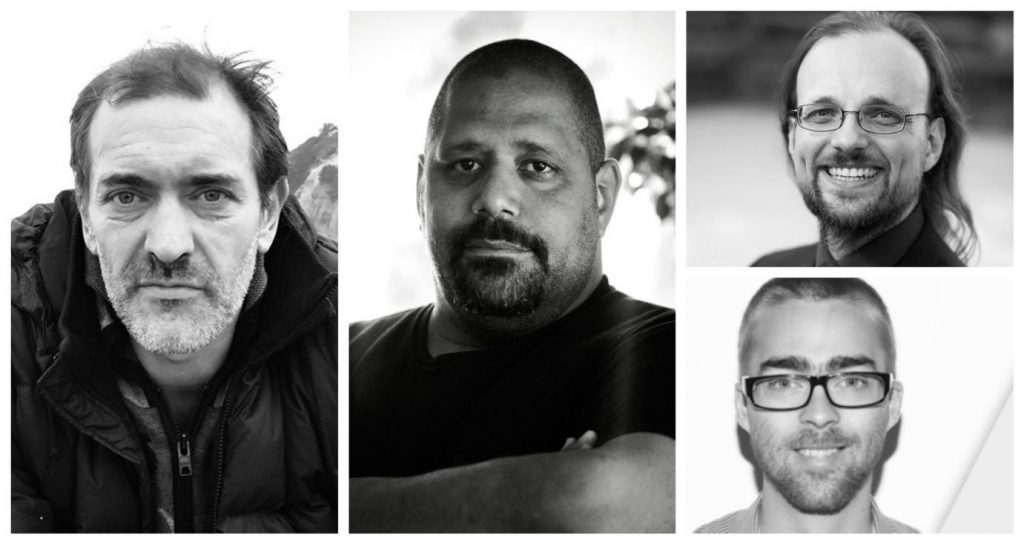 Consisting of several big Silicon Valley names, the San Francisco-based Orchid Labs team says it “[stands] in solidarity with causes dedicated to privacy and other fundamental human rights… by creating the tools to level the playing field for all.”

CEO Steven Waterhouse founded Orchid along with a number of other investors and blockchain experts, with a mission of helping to create a free and open internet. Waterhouse, with a PhD in Engineering from Cambridge, has plenty of experience in the crypto investment space. He was a board member of Bitstamp and co-founder of Pantera Capital prior to Orchid.

Also among the founders is Jake Freeman, the developer behind Cydia, known online as “saurik.” As anyone who has used a jailbroken iPhone will know, Cydia is used as a de facto App Store on over 30 million jailbroken Apple devices.

Other core members include developer Gustav Simonsson, who helped launch Ethereum in 2015, and Brian Fox, who has a master’s degree in Artificial Intelligence and created Wells Fargo’s banking software. Fox has gone on to develop various non-profit open-source voting systems.

Considering this abundant experience and knowledge, it’s not surprising Orchid has received funding from venture capitalists such as Blockchain Capital and Sequoia Capital, as well as vocal support from the Ethereum Foundation.

The Orchid team has already created a USD on-ramp for VPN users, and at the end of 2020 the app became available on all Android and iOS devices. Both of these developments will aid the adoption of Orchid and the OXT token.

That said, the question remains: will enough people realize the benefits of a blockchain VPN, or is Orchid too far ahead of its time? There are still some issues with performance and service pricing despite the nanopayments system, and there is still a long way to go in general. Orchid must make the user experience a simple one if they are to achieve large-scale adoption beyond the blockchain community. However, with the recent news that Russia has banned Opera VPN and VyprVPN, a new generation of more robust VPNs may find their place. The Orchid protocol, currently without any direct competitors, will surely lead the way forward in this space.