In March 2021, a non-fungible token (NFT) created by an American digital artist known professionally as Beeple sold for a record-setting $69 million. The sale fueled a massive spike in interest in NFTs. Among the many NFT projects that benefited from the new interest is Non-Fungible Yearn (NFY), a decentralized exchange (DEX) offering NFT-based liquidity pool (LP) staking. The NFY token trades at around $51 per token with a total supply of 100,000 tokens, for a market cap of around $5.1 million. 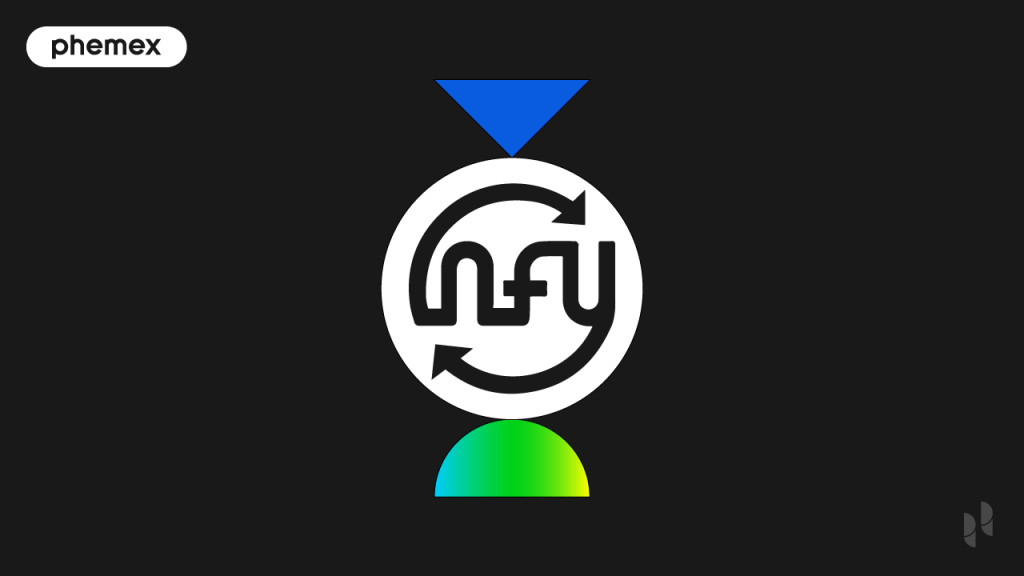 What Is Non-Fungible Yearn?

NFY is an Ethereum-based platform where users can invest their crypto funds to provide liquidity to the exchange and earn yields/rewards. What makes NFY unique is that your liquidity pool stake will be held in an NFT, not in fungible tokens or coins as on other exchanges.

When you stake your crypto in one of the pools on the exchange, the platform creates an NFT that “wraps” your stake and becomes proof of your stake rights. Your stake is represented by this unique token.

How Does Non-Fungible Yearn Work?

Individual staking rights on the platform are tied to a unique NFT, not to a specific wallet address.

You are free to sell your NFT, i.e., your stake in the pool, at any time by auctioning it on an NFT marketplace or exchange. When selling your NFT/stake, you can add your accrued rewards to the value of the original NFT, or claim your accrued rewards separately from your NFT/stake. Each time an NFT is sold and staking rights are transferred, there is a flat transaction fee of 0.25 NFY.

By buying the auctioned NFT, the purchasing party becomes the owner of the stake. The NFT/stake owner is not limited to selling their staking rights in full. It is also possible to sell a portion of the staking rights represented by the NFT. When staking rights are sold and bought partially, a new NFT representing the new stake amount is minted.

Selling off your NFT on a marketplace is not the only option if you no longer want to be an LP stake provider. You can also liquidate your NFT through the platform itself. In this scenario, the NFT is burned and its value is transferred to you in NFY tokens. In this case, there is a transaction fee of 5% of the burned NFT’s value.

NFY is a governance token, which means it gives you the right to vote on proposals regarding the development and functioning of the platform. Examples of well-known tokens that give their holders governance rights on the network are Aave (AAVE), Maker (MKR), Uniswap (UNI), and Compound (COMP).

Where Can I Buy NFY Tokens?

Currently, NFY tokens cannot be bought with fiat currency such as USD. You need to purchase Ether (ETH) or another major cryptocurrency such as Bitcoin (BTC) and then convert your crypto to NFY through an exchange that supports NFY trading.

Since the NFY project is still in the early stages of its market development, exchange support for NFY tokens is limited at the moment. Bilaxy and Uniswap are the only exchanges that support NFY trading.

What Advantages Does Non-Fungible Yearn Offer?

The main advantage of using the NFY platform is exposure to the rapidly growing NFT market. Since early 2021, NFT-based projects have been on the radar of many crypto enthusiasts.

The crypto market’s current NFT obsession can lead to significant gains for NFT-oriented projects, including NFY. By joining the platform now, you invest in a potentially high-growth project. However, it should be noted that the current popularity of the NFT concept shows signs of being a speculative bubble. As any market investor or observer knows, speculative bubbles tend to be followed by hard crashes. In short, NFY, as a typical NFT project, can be described as a high-risk/high-reward platform.

What Disadvantages and Risks Does Non-Fungible Yearn Involve?

As noted above, NFY’s viability may be highly dependent on future developments in the overall NFT market. If the current “NFT mania” is indeed a speculative bubble, rather than the early stage of long-term consistent growth, then NFY is one of many projects that may experience declines.

Besides the investment risk, another limitation of NFY is that the tokens can be traded on only two exchange platforms. This is typical for early-stage blockchain tokens, and as the project develops further, more exchange options may become available.

NFY was launched in October 2020, and initially traded at around $15 per token. By the end of the year, the price dropped to around $5. The token’s price then fluctuated between $4 and $8 until early March, when news of Beeple’s famous NFT auction spread. NFY benefited from the sudden NFT mania, sharply rising to a peak value of $528.

The token’s price started sliding down within a day, and by early May, it dropped to around $140. In May and June, the overall enthusiasm about NFTs helped support NFY’s price. The token traded between the mid-100s and mid-300s of USD until late June.  NFY dropped below $100 per token on the 21st of June as the surge of optimism about NFTs started receding.

By late June, NFY’s price stabilized and the token has been trading within a relatively tight range of $50 to $70 since then. Currently, it trades at $51.

The current relative stability of NFY suggests that the token has shed most of its speculative value obtained during the market-wide NFT frenzy. Unless another NFT bubble emerges, future growth for NFY can only come from tangible increases in the project’s value.

Who Is Behind Non-Fungible Yearn?

The Non-Fungible Yearn project was founded in 2018 by South African software architect Andre Cronje. The project is officially headquartered in Palmerston, Ontario, Canada. At the moment, little additional information is available about the project’s management and governance mechanism. As NFY develops and matures on the market, further details may be released.

What Is the Future of Non-Fungible Yearn?

As an early-stage decentralized finance (DeFi) project, NFY has yet to prove its long-term viability on the market. The platform’s concept of representing LP staking rights with NFTs is undoubtedly unique. Whether this uniqueness is translated into sustainable growth remains to be seen.

The major challenges NFY currently faces are as follows:

Addressing these key challenges will determine NFY’s outlook. At the moment, as with many other young DeFi projects, NFY’s future is extremely hard to predict.

However, not all NFT-based platforms will survive when the current sharp rise in interest moderates. Indeed, the market has already started showing signs of receding enthusiasm. This is easily observed in the case of NFY itself. The token, which spiked to over $500 in March and traded at levels of around $200–$300 in the middle of the year, is now worth a little over $50. The price decline is a sign that NFY, similar to many other new NFT-based projects, needs to articulate its unique value to potential investors/users.

In addition, NFY’s future will rely heavily on expanding its availability on exchanges, as well as providing more information on the project to the wider blockchain audience.

← What is SKALE: The scalability solution of the future?
What Is 100x Coin: From Meme to Reality →
About