What is AML in Cryptocurrency Markets

Cryptocurrency exchanges are growing at a rapid pace, solidifying their positions as important pillars of our global financial system. However, the pseudonymous nature of digital assets present all kinds of risks to financial markets, such as facilitating the movement of funds for criminal activity, and for this reason most popular cryptocurrency exchanges now enforce KYC (Know Your Customer) and AML (Anti-Money Laundering) rules.

Investing in any cryptocurrency presents its own set of risks, a word not many investors are comfortable with, but a large part of this risk comes from the lack of regulation in the space. Lawmakers are still figuring out the kinks with regulating this relatively new asset class, and unfortunately this has caught the attention of anyone looking to skirt financial laws. 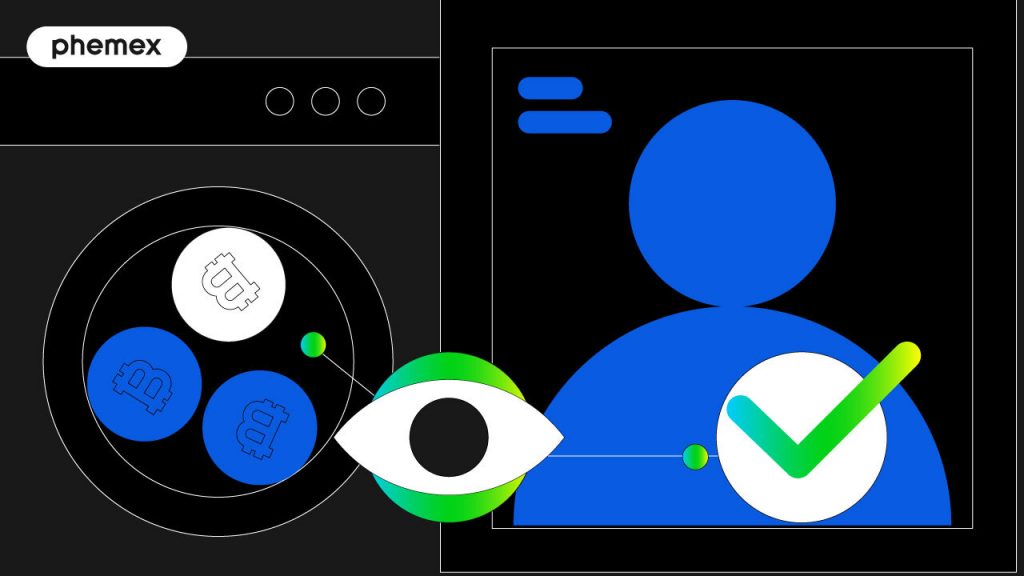 The anonymity afforded by unregulated exchanges, along with potential security vulnerabilities in their systems can enable all kinds of unlawful activities, including ransomware attacks and terrorist financing. However, the exponential growth in sectors like DeFi and NFTs has pushed regulators and institutional investors to halt their criticisms and instead work towards creating better systems to fight crime on the blockchain. For example, regulatory bodies like FinCEN and the FATF have acknowledged the potential DLT has, thus starting to develop novel frameworks to bring its uses to the front lines.

Bitcoin may be young, but it’s incredibly popular for an asset that’s little over a decade old. Exchanges appear to be in the regulatory crosshairs across the board, thus, pre-emptive AML compliance has become a common theme among the most popular platforms. This allows both exchanges and regulators to tie any transaction to a real-world identity, preventing all kinds of fraudulent and illegal transactions from taking place.

With a growing audience now paying attention, the use of cryptocurrencies for financing crimes and laundering money has become a critical problem that begs for a solution. DeFi in particular is a whole new ball game for governments and legislators, requiring an innovative approach that doesn’t rule out the core ethos of cryptos.

Even in the traditional sense, financial regulation can sometimes seem like a game of whack-a-mole, and this issue persists heavily when translated over to cryptos. Today’s regulatory models were designed using fundamentally different principles and assumptions about the economy and financial system. While certain aspects can be applied on the surface, it’s hard to tame the waters when a revolution is brewing underneath.

What is AML in Cryptocurrency Markets?

AML (Anti-Money Laundering) protocols on cryptocurrency exchanges ensure that any transaction made through the platform is tied to an identity, making the analysis and confirmation of suspicious transactions much easier.

Money laundering is the act of concealing a source of illegitimate income. When individuals or businesses attempt to convert their money from illegal sources to taxable earnings, they usually do so in three stages: placement, layering, and integration.

Since cryptocurrencies operate on decentralized networks, this makes it incredibly difficult to track funds, especially when routed through different geographic locations. This is where AML can help.

What are the Cryptocurrency AML risks?

Cryptocurrencies are known for their peer-to-peer (P2P) transactions, keeping the need for third parties or central authorities out of the equation. While this is intended to empower people across different types of economies and countries, combining this with the eccentricities of the dark web has the potential to twist their original function.

Since digital assets fall outside the purview of mainstream finance, criminals often use decentralized networks to channel funds from illicit activities. Though not intended for use with crime, projects like Monero offer users complete privacy and constantly update their mechanisms to counter tools that track their transactions.

Services like coin join platforms offer to mix cryptocurrencies during transactions, making it even harder for authorities to trace their source. For instance, the CoinJoin Bitcoin Mixer, which is based on open-source software maintained by Bitcoin developers, is a service that provides complete anonymity to Bitcoin users by obscuring the origin and destination of participating transactions.

According to research conducted by the Financial Action Task Force (FATF), virtual currencies, when used legitimately, have many payment benefits, including improving transaction cost efficiency. They can also help give unbanked nations access to mainstream financial services. However, this class of assets also poses a list of potential AML and CFT (Combating the Financing of Terrorism) risks due to the following factors:

In the same report, the FATF also provided examples of money laundering crimes committed through virtual transactions to demonstrate just how vulnerable the asset class is to AML/CFT risks.

What are Cryptocurrency AML Red Flags?

Some of the biggest AML red flags are:

The real challenge with virtual asset AML policies is discerning between actual bad actors and those trying to protect their investments.

For instance, using a hardware or paper wallet makes it impossible for anyone, such as a regulator, to access or move those funds without the wallet’s private key, but this doesn’t instantly qualify as suspicious behaviour. Many investors use hardware wallets to protect their investments from theft, and these actions need to be viewed with context before any assumptions are made.

Money launderers often attempt to exploit AML loopholes by moving their funds to platforms in other jurisdictions, where AML compliance isn’t as strictly enforced. However, these transactions can also be legitimate depending on the person’s residence, nationality, and occupation. Consecutive high-value transactions are also viewed as red flags, as is depositing money into cryptocurrency wallets containing detected stolen funds, or cashing out digital assets from a wallet with no transaction activity.

Additionally, despite the benefits of KYC and AML measures for virtual asset service providers (VASPs), due to the ethos of decentralization surrounding blockchain technology, some users simply refuse to comply with protocols despite having no malicious intentions.

Regulatory approval has become the primary goal for cryptocurrency exchanges trying to push digital assets into the mainstream.

In July, Seoul Central Customs traced illegal cross-border virtual transactions worth $1.45 billion back to 33 individuals, following which South Korean exchange Bithumb began banning foreigners without at least mobile KYC verification. South Korean markets also tend to sell Bitcoin at a premium compared to the rest of the world, making it a prime target for arbitrageurs from other nations.

Previously, the exchange had only placed these restrictions on users from the Financial Action Task Force’s (FATF) monitored jurisdictions. The platform also made its KYC requirements more stringent to align itself with the country’s AML regulations concerning foreign cryptocurrency users.

Bitcoin ATM operators have also started ramping up their AML efforts to fight unlawful activities carried out through their ATMs. Bitcoin ATMs can be a significant source of “mixing,” making it easier to plan and execute financial crimes like money laundering.

To combat this, major players in the Bitcoin ATM scene like DigitalMint and Coinsource have formed a new association called the Cryptocurrency Compliance Cooperative (CCC) to drive the industry towards universal compliance standards. Prominent blockchain analytics companies like Elliptic and Chainalysis are also part of this effort. The CCC is now calling for participation from cash-based cryptocurrency services, financial institutions, and regulators.

Countries have been skeptical about blockchain technology and digital assets since the very beginning, citing money laundering and other financial crimes as their main concerns. However, different countries enforce different restrictions on cryptocurrency trade. For instance, while the U.S. imposes monitoring of crypto-to-crypto transactions on exchanges, the EU only supervises fiat-to-crypto transactions.

Due to widespread compliance with AML and KYC directives, the development of cryptocurrency projects that prioritize privacy above all, like Monero and Zcash, might be hindered. However, no matter how brutal the consequences of AML might seem at the moment, diligent regulatory frameworks are a net positive for the space. Mainstream adoption of cryptocurrencies and DLTs will help the community grow further, pushing teams to develop even better systems for the world’s economies.

It could also help attract more traditional investors and vendors to adopt digital assets into their portfolios and ecosystems, taking the broader vision of decentralized finance forward. Though advertised as hard to trace, in many cases, cryptocurrency transactions can still be tracked, and regulatory policies will only organize the space under its watchful eyes and help it flourish into the mainstream.

In cases of money laundering, cash still presents the most loopholes and sits as the easiest choice for criminals looking to embezzle funds. As the digital asset space expands its reach, becoming increasingly compliant with legal requirements, perhaps regulators will take the same stance towards cash as they did towards Bitcoin a decade ago.