What Is A Bitcoin ATM & How Does It Work?

A Bitcoin ATM (sometimes abbreviated as BATM) is a kiosk ATM machine specifically for Bitcoin. However, it is not uncommon to have access to other cryptocurrencies. Essentially, these types of ATMs allow individuals to directly buy and/or sell Bitcoin along with other available cryptos. 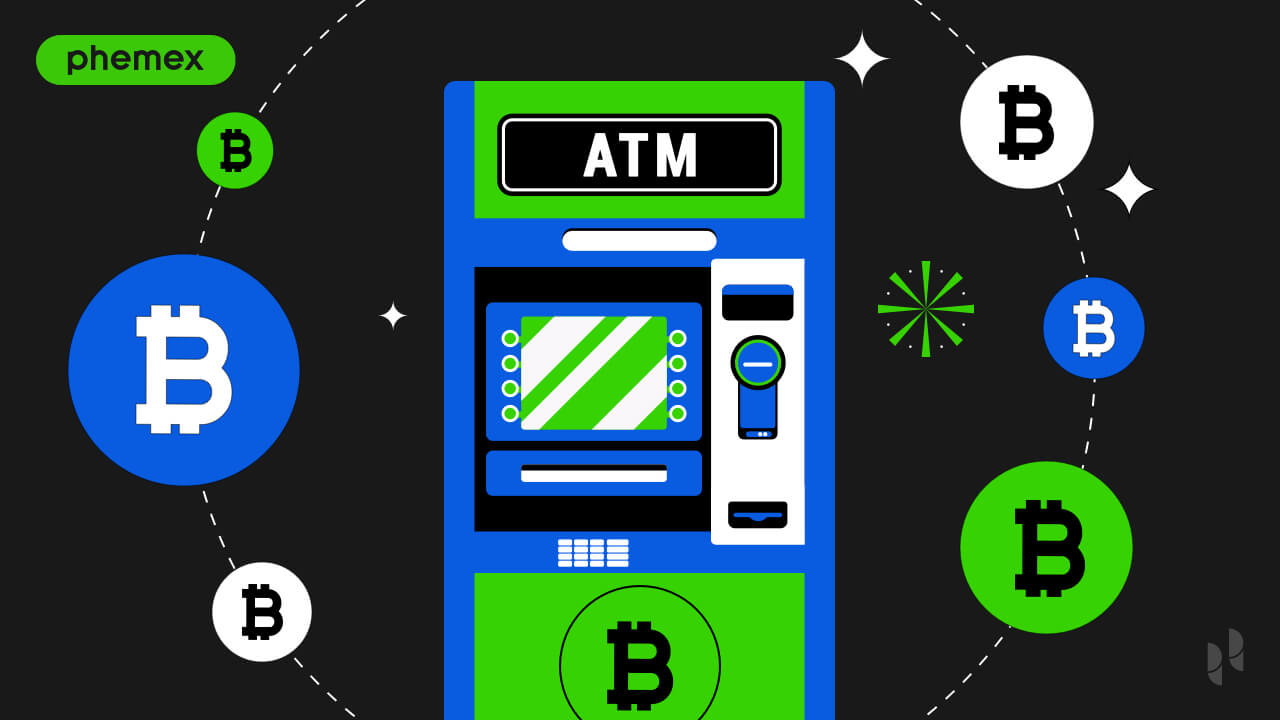 How Many Bitcoin ATMs Are There? 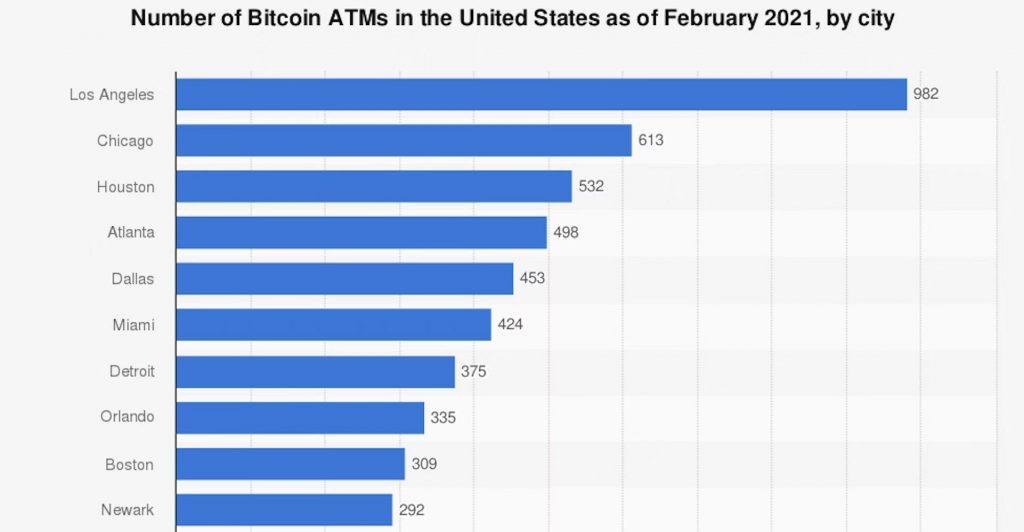 Ranking of the top 10 cities in the United States with the most Bitcoin ATMs 2021. (Source: coinatmradar.com)

The city with the greatest number is Los Angeles, with over 900 machines as of February 2021. Closely following Los Angeles are Chicago, Houston, Atlanta, Dallas, and Miami, a famous and reportedly growing crypto city. However, there are also Bitcoin ATMs in places like Canada, the United Kingdom, Austria, Hong Kong, Switzerland, and Spain.

Who Are The Providers & Operators Of Crypto & Bitcoin ATM Machines?

Just like banks have their own ATMs, and how crypto exchanges have their own platforms, individual companies also operate their own Bitcoin ATMs. Essentially, Bitcoin ATM providers are third-party companies that sell the machines to merchants (like regular stores and businesses) that want to install an ATM at or for their business.

As we can see from the table above, there are many different Bitcoin ATM participants in the market. First, Bitcoin Depot is a United States located multi-cryptocurrency ATM Network that offers users the ability to instantly buy and sell Bitcoin, Litecoin, and Ethereum. Second, Coinsource Bitcoin ATM, which claims itself as the world’s leader in Bitcoin ATM services, is another customer-focused financial services company that provides access to the cryptocurrency world. Besides providing a fast, easy, and secure way to buy and sell cryptocurrencies using cash at many US locations, they have also begun building a compliance and consumer protection program, along with support services to attract more clients. Third, RockItCoin Bitcoin ATM, which is a cash-based Bitcoin ATM machine that allows customers to buy and sell Bitcoin using cash.

There is a market for these operators because traditional bank ATMs are unlikely to allow Bitcoin software and selections to be featured on their machines. This makes sense since banks historically have put up walled gardens around their banking services.

Who Are Making The Bitcoin ATMs?

Bitcoin ATM manufacturers are the companies that build the actual machines. Genesis Coin is the world’s largest manufacturer of cryptocurrency machines and commands 40% of the market. Genesis offers three machines: Genesis1 (two-way), Satoshi (one or two-way), and Finney3 (one-way or two-way not disclosed). Genesis machines are specifically designed for the buying and selling of Bitcoin, and not other cryptocurrencies. Genesis1 is their flagship model with almost 15,000 machines delivered. 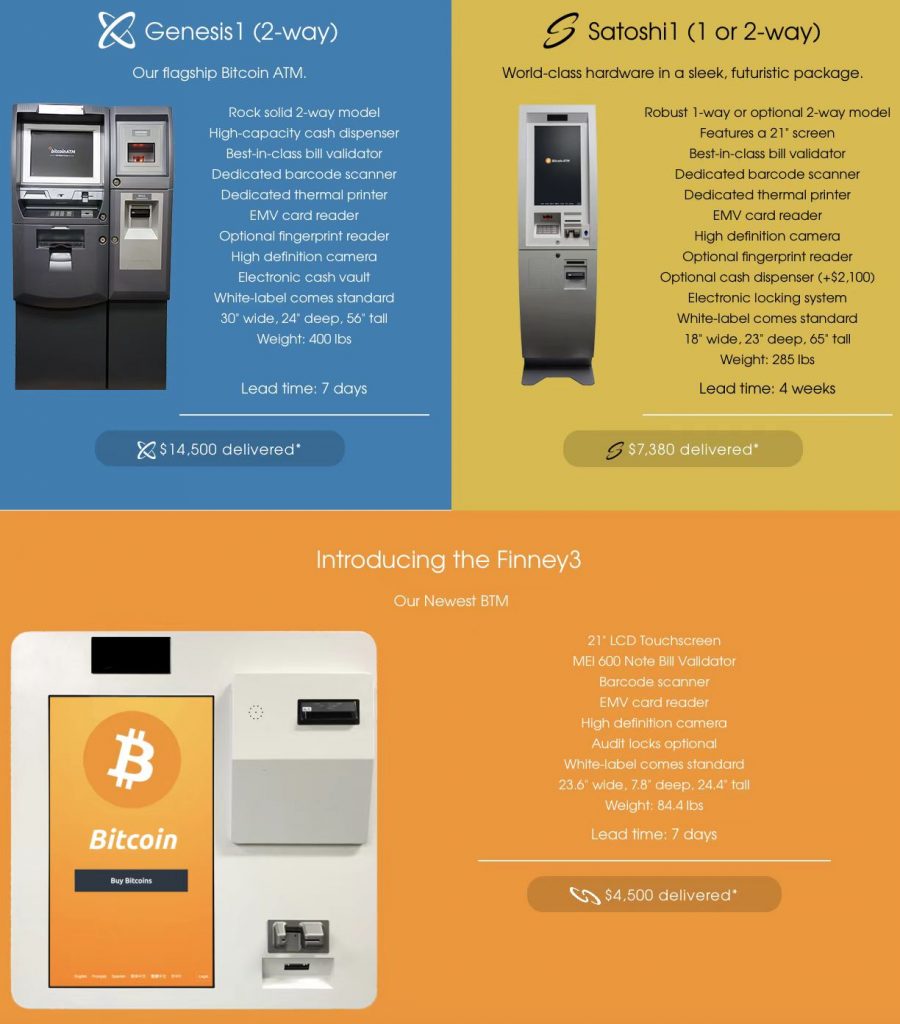 We can see that the market is very competitive, with many manufacturers and operators looking to enter the space and take their cut. As businesses slowly think about including cryptocurrency payments for their products, they may consider having these machines in their shops. This will only contribute to greater crypto adoption.

How To Use A Bitcoin ATM?

Although not all Bitcoin ATMs are the same, the standard process is that an individual may have to first create an account with the ATM provider, of course, depending on the service operator. Then, when engaging with the screen the user can select “buy or sell,” choose their cash limit, scan a crypto wallet, insert cash, and complete the transaction. This is just the basic experience of interacting with a Bitcoin ATM.

However, the customer may also have to do other actions on their phone or with their identification, such as KYC. But why would Bitcoin ATMs require an ID? This is because of the greater scrutiny and security concerns that are growing over the industry.

Can You Sell Bitcoin At These ATMs?

The selling process is slightly different than buying. It also varies case-by-case depending on the machine. But generally speaking, for example, on the screen, the user can tap sell, choose the cash limit, enter the amount to be sold, input their phone number, take the printed out QR code, send Bitcoin to that QR code, return to the machine, hit redeem, then scan the printed out QR code, and complete the transaction. However, if there are particular steps to follow, the user should merely follow the instructions displayed on the screens, as they are quite intuitive.

Steps To Buy Bitcoin With A Bitcoin ATM

To sell, you must send the appropriate amount of BTC to the address displayed on the screen. Once the transaction is confirmed, you will receive the agreed fiat sum. How long this takes depends on the machine.

When buying or selling Bitcoin at a Bitcoin ATM, there of course will be fees. Right now, because the market is small, the fees are relatively high. On average, a Bitcoin ATM charges 8-10%, but costs often vary per machine. Therefore, it’s important to read the instructions beforehand prior to using the ATM.

Bitcoin ATM’s are connected to exchanges. When using one, you are essentially buying or selling your chosen coin on an exchange. However, you’re interacting with a physical machine in a specific location rather than online. The price difference between using an online exchange and an ATM is generally around 5-10%. This means that ATMs cost 5-10% more to buy, and selling means you receive 5-10%. Unlike crypto exchanges that can take a few hours to verify your account and transaction, Bitcoin ATM purchases are instant.

Despite the premium that must be paid, many are attracted by these machines’ convenience and ease. They allow for a more visual and straightforward financial transaction that most are already familiar with. In addition, machines do not require any confusing registration processes or the need to learn about online trading interfaces.

When selling through an online exchange like Phemex, the platform’s spot markets offer more control over the price you are transacting with. You can also take advantage of limit orders and stop orders if you are not happy with current market prices.