What is Know Your Customer (KYC) and how does it work in Crypto? 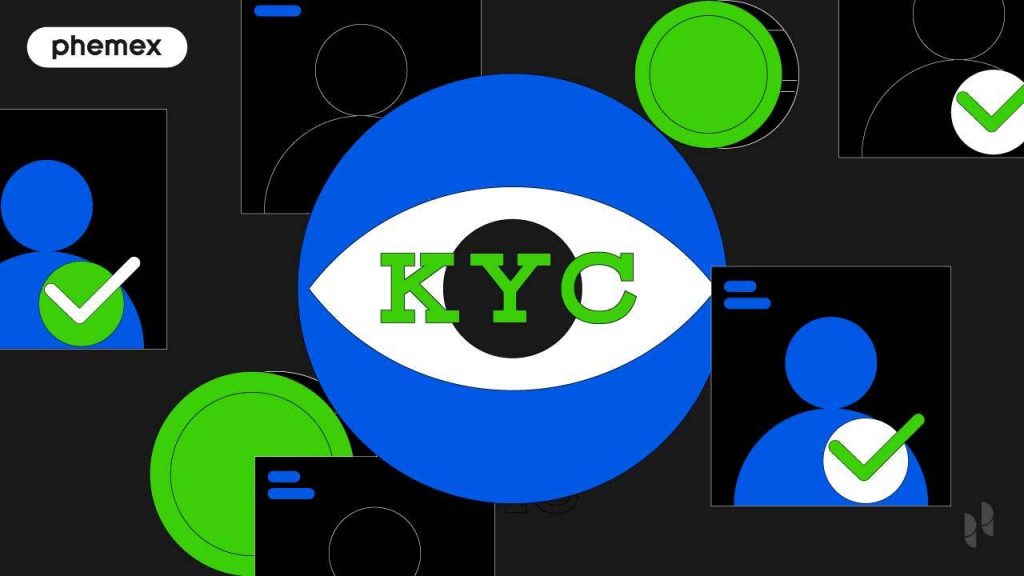 Know your customer (KYC) is the term for a set of rules that financial institutions must follow to verify a bank account holder’s identity, whether they are a person or a corporate entity. The general public is accustomed to providing this KYC information when opening a bank account, applying for a credit card or mortgage, or financing a car loan. While this process is common to banks handling fiat currency, it has not been the norm for cryptocurrency.

What is KYC in the Crypto Markets?

Bitcoin’s creator, Satoshi Nakamoto, intended for the cryptocurrency to be free from the financial regulations imposed by governments on the banking sector. However, many countries where cryptocurrencies are legal  and regulated are now starting to require identity verification (KYC), which generally includes a residential address from anyone who wishes to establish a cryptocurrency account. This requirement is in line with the anti-money laundering regulations that traditional financial institutions follow.

Why is KYC important for crypto exchanges?

KYC information enables a crypto exchange to carry out background checks to assess how likely the holder is to use the wallet for illegal activities. The holder’s information could also be used to disclose cryptocurrency holdings and transactions for income tax reporting if current proposals become law.

Automated identity verification is becoming a convenient feature of many online applications requiring an identity check. Because cryptocurrency exchanges are online in nature, potential cryptocurrency investors can’t visit a brick-and-mortar location in person to submit their documentation.

A major concern in the cryptocurrency space is the use of pseudonymous wallets for money laundering and other illegal financial transactions. “Pseudonymous” means those established under false names, nicknames, or other incomplete information that cannot identify the account holder. One particular criminal activity enabled by pseudonymous transactions is “ransomware,” which is extorting funds by freezing the computer systems of a person or business until a fee is paid.

What happen when KYC is not enforced?

In May 2021, a group of hackers hacked into the computer systems of US-based Colonial Pipeline’s oil refinery operations. The hackers completely shut down the company’s fuel distribution capability on the East Coast, causing widespread fuel shortages, panic buying, and price spikes. The hackers only released control of Colonial’s systems after a 75 bitcoin ransom (approximately $5 million at the prevailing exchange rate) was paid to a cryptocurrency wallet. The bitcoins were quickly dispersed and likely converted to cash.

Naturally, governments and law enforcement agencies strongly discourage ransomware victims from paying the funds demanded by criminals. However, many organizations have little choice if they want to return to service, and business insurance often covers the ransom amount and lost operating revenue. Knowing this, criminal gangs and other bad actors may continue to use crypto’s pseudonymous features to easily access and distribute funds stolen in future ransomware attacks.

3 A way to legitimize cryptocurrencies

How does KYC bring legitimacy to crypto?

For example, if a client pays you in a cryptocurrency — it may be subject to reporting and potential government taxation. Tax return forms for many jurisdictions are now requiring the disclosure of cryptocurrency-related earnings. In the United States, the Internal Revenue Service (IRS) treats cryptocurrency as property having value. Because the mining of a cryptocurrency creates value that value is taxable. If cryptocurrency is sold, any capital gains (profits) are also taxable. The IRS rules will require reporting of any amount over the equivalent of $10,000 in cryptocurrency held in a personal wallet by US citizens – as the IRS taxes its citizens, regardless of actual country of residency, on worldwide income and financial holdings.

Mandatory prior KYC registration has also been proposed for any cryptocurrency account holder who wishes to transfer an equivalent amount greater than $10,000 in a single day, to an offshore account. Just as regular bank transfers in these amounts are reported, the proposals would result in large cryptocurrency transactions sent to or received from an offshore entity by US citizens being reported to the Financial Crimes Enforcement Networks (FinCEN) for monitoring and law enforcement purposes.

The underlying premise of these proposed rules is that KYC registration, disclosure of total holdings, and reporting of any offshore transactions will help to prevent tax evasion and overseas criminal groups financing.

Why Do You Need KYC?

What percentage of Bitcoin is used for illegal activity?

However, the reality is quite different. A recent Chainalysis report estimated that in 2020, only 0.34% of cryptocurrency transactions (representing $10 billion total) were connected to illegal activities. Furthermore, a Society for Worldwide Interbank Financial Telecommunication (SWIFT) report found that the amount of cryptocurrency used for money laundering is far lower than the amount of cash laundered by traditional methods. Traditional banks have been found wilfully negligent in implementing their lawful obligations to disclose suspected money laundering and terrorist financing. Certain banks have also been charged for not implementing rigorous controls such as KYC to monitor and control funds held at, and moving through, their institutions, both domestically and internationally.

The Panama Papers leak in 2016 led to a wide-ranging investigation that found offshore banks provided “tax havens” for the rich and famous, the criminal, and the corrupt. These funds could be held in secret accounts sheltered from international governments to avoid tax payments and scrutiny by law enforcement from these individuals’ resident countries. These offshore funds were overwhelmingly held as fiat (government-backed) currencies, rather than cryptocurrency.

What do crypto exchanges do with your KYC?

Consider the privacy features inherent in traditional banking. No personally identifiable information (PII) is required when sending funds via a traditional bank transfer, which can require as little information as only the account and routing numbers of the sending and receiving bank accounts. The holder of the bank account does not require the PII of the receiving bank account holder to make the transfer; neither does the receiving bank account holder obtain the PII of the sender. However, due to the KYC rules imposed upon banks, law enforcement personnel are able to obtain this information upon request, and as noted previously, transactions over a certain limit are reported to the governing authorities in the country where the bank is located. The transaction report includes the PII and tax identifier of the sender and receiver.

One of the attractive features of cryptocurrency transactions is the crypto account’s pseudonymity. In discussing KYC and pseudonymity, it is important to understand the blockchain concept and the privacy features involved.

This decentralized model ensures no single node in the cryptocurrency’s journey can obtain the full end-to-end route. However, the cryptocurrency’s route through the nodes can eventually be traced, given the ledger and access to all nodes through which the transaction has passed.

No PII about the cryptocurrency sender or receiver is available on any node or in the blockchain ledger, but the sending and receiving account holders personal information will be known to the cryptocurrency exchange under the proposed KYC rules. However, not all exchanges are rushing to implement these rules. Some exchanges may operate on the dark web, or simply choose never to require personal information if they are based in a country without KYC legislation.

Despite traceable transaction history and visibility into each wallet’s transactions, hackers and other bad actors will quickly move funds through the nodes to cash them out before they can be flagged and investigated. The funds are often split up and “mixed” in with legitimate transactions during transfer, then distributed to multiple wallets, until tracking becomes extremely difficult.

Even when the end-destination wallets are finally traced and identified, the funds obtained by hacking, ransomware, and scams are usually long gone. They may be ultimately withdrawn as cash or used to buy other untraceable items that are equally valuable and anonymous.

Why Does Phemex Recommend its Users to Complete KYC?

Phemex has adopted KYC procedures to better comply with local regulations and to ensure secure platform operations for all users. Customers who do not complete KYC will face certain service restrictions on our platform, such as not being eligible for a premium membership, various bonuses, and more. To fully enjoy all Phemex features without limitation, we highly recommend that you complete KYC.

What Do I Get After Completing KYC on Phemex?

After you have completed KYC on our platform, you will be able to enjoy increased security along with additional features and benefits. For example, verified users can purchase and use Phemex’s premium memberships, allowing spot trading with zero fees for up to $1 million per day or $5 million per month. Verified users are also eligible for new user bonuses that require KYC completion, some of which can be found on our bonus page.

Without legislation to remove wallet pseudonymity, or the ability to rapidly freeze suspicious or fraudulent transactions, it is difficult for law enforcement to curb and trace the flow of cryptocurrency obtained through criminal means. The best way for cryptocurrency account holders to prevent loss due to scams is to only use exchanges that implement Know Your Customer (KYC), and to remember the old adage, “if it sounds too good to be true, it probably is.”