Bull Traps vs. Bear Traps: Learn How To Identify and Trade With Them

Bull traps and bear traps are forms of the whipsaw pattern, which describes the movement of stocks in a volatile market where the stock suddenly switches direction. These are unexpected movements that can incur great losses to traders if they are not careful. Understanding more about bull traps and bear traps can allow you to take more appropriate risk mitigation measures while investing. 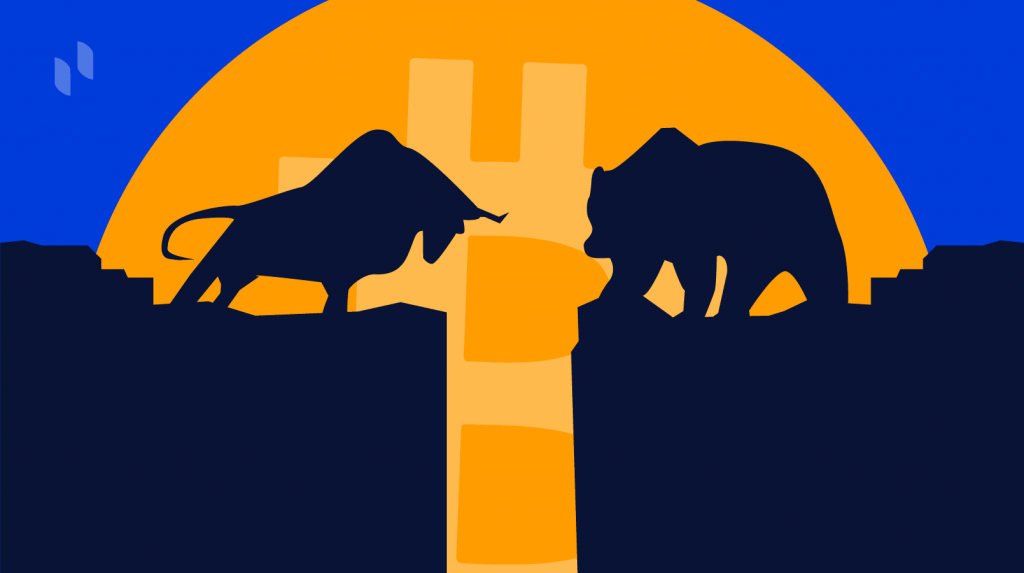 What is a Bull Trap?

A bull trap is a false signal that an asset such as a stock or cryptocurrency is bullish, which means the price is expected to increase.

How does a Bull Trap emerge?

At the start of a bull trap, the asset breaks through its resistance level and appears to be on an uptrend. Traders expect the uptrend to continue, with increasingly higher highs. This entices them to enter the market.

However, there is a sudden reversal against this uptrend. This causes the traders who jumped in to incur losses as the stock or cryptocurrency’s price declines rapidly. The traders are forced to exit the trade with losses or remain trapped in a long position. 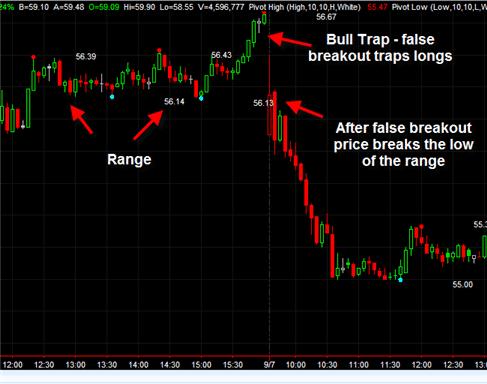 Example of a Bull Trap in Honeywell (HON) Stock in 2019. Source: Tradingsim

The above is a real-life example of a bull trap in the Honeywell (HON) stock market. The stock price had seemed to break out of resistance levels and was on an uptrend. However, this was quickly followed by a reversal into a steep downtrend. Such a bull trap can cost a trader heavily.

What is a Bear Trap?

A bear trap is the opposite of a bull trap. It is a false indication of a reversal from an uptrend into a downtrend.

This causes traders to open short positions with expectations of profiting from the asset’s price decline. Alternatively, it may cause them to sell off their stock or cryptocurrency assets, in order to take profits and prevent losses. However, the asset ends up continuing on its uptrend and the bears suffer losses or opportunity costs.

How does a Bear Trap emerge? 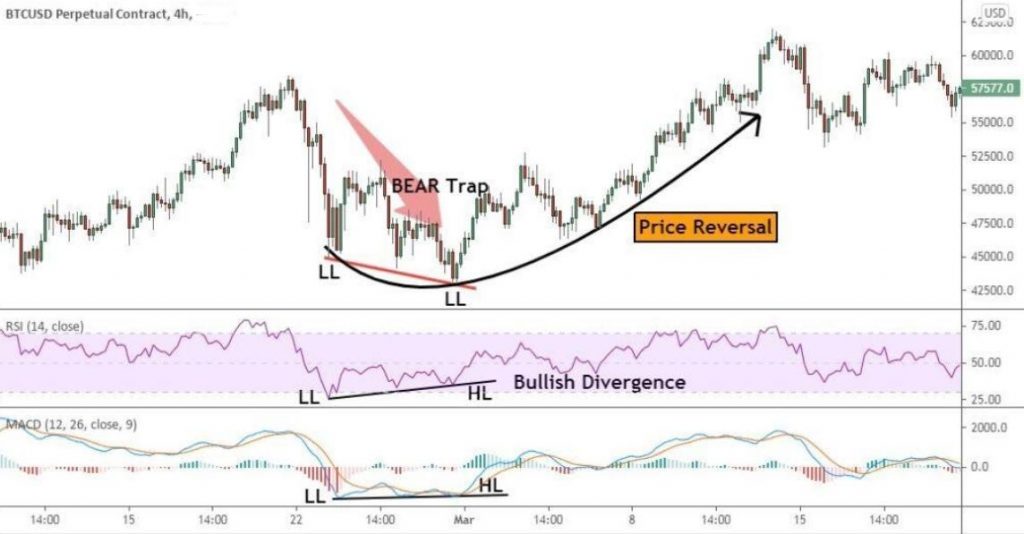 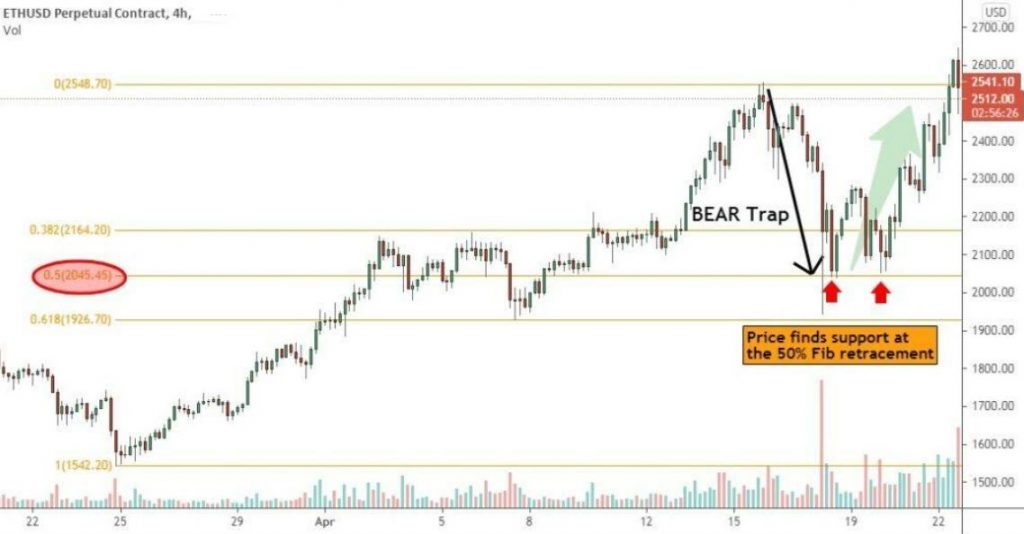 How to Identify and Avoid Potential Bull or Bear Traps

Bull and bear traps are hard to identify by nature as they go against expectations and typical price trends.

However, by conducting careful technical analysis and fundamental analysis on the asset, traders can identify and avoid potential bull or bear traps. Below are some technical indicators and methods you can use.

One way to identify a potential bull or bear trap is by calculating the relative strength index (RSI) of the asset. This technical indicator allows you to check if the stock or cryptocurrency asset is overbought, underbought, or neither.

The RSI is an oscillator that measures the magnitude and speed of recent price changes.

The formula for calculating RSI is:

This is usually calculated over a period of 14 days, although it can be applied to other periods as well. The period does not matter in the formula as it is canceled out in the calculation.

For example, if ABC cryptocurrency has an average gain of 5% and average loss of 10% at closing over a period of 14 days, the RSI would be calculated in this way:

A high RSI can be a warning signal of either a potential bull trap or bear trap.

In the case of a potential bull trap, having a high RSI and overbought conditions means that there is mounting selling pressure. Traders are looking to take their profits and are likely to exit the trade soon. As such, the initial breakout and uptrend may not be indicative of continuing price increases. Instead, the price will likely decline once these traders start selling the asset.

A high RSI and overbought conditions also indicate high selling pressure in the case of a potential bear trap. In such cases, institutions may encourage selling off the asset by pushing prices lower. This is to reduce mounting selling pressure and to re-enter at lower prices for better price positions. The influx in buying demand at this point will drive prices back up.

In such cases, the initial downtrend is not indicative of continuing price decreases as it is a temporary dip caused by profit-taking and institutional manipulations. Instead, the price will increase again once the institutions scoop the available assets. Thus, a high RSI can also be indicative of a potential bear trap.

Volume is another important indicator to look out for in both bull and bear traps.

Trading volume should be higher than average to indicate momentum and mounting pressure for either a strong uptrend or market swings and reversals. Thus, low trading volume is a warning signal of potential bull and bear traps.

Bullish candlestick patterns such as the bullish engulfing pattern, piercing pattern, tweezer bottom, or morning star. These are good signals that the market is truly in an uptrend, and that it is not a bull trap. 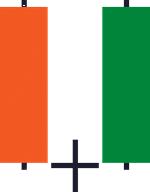 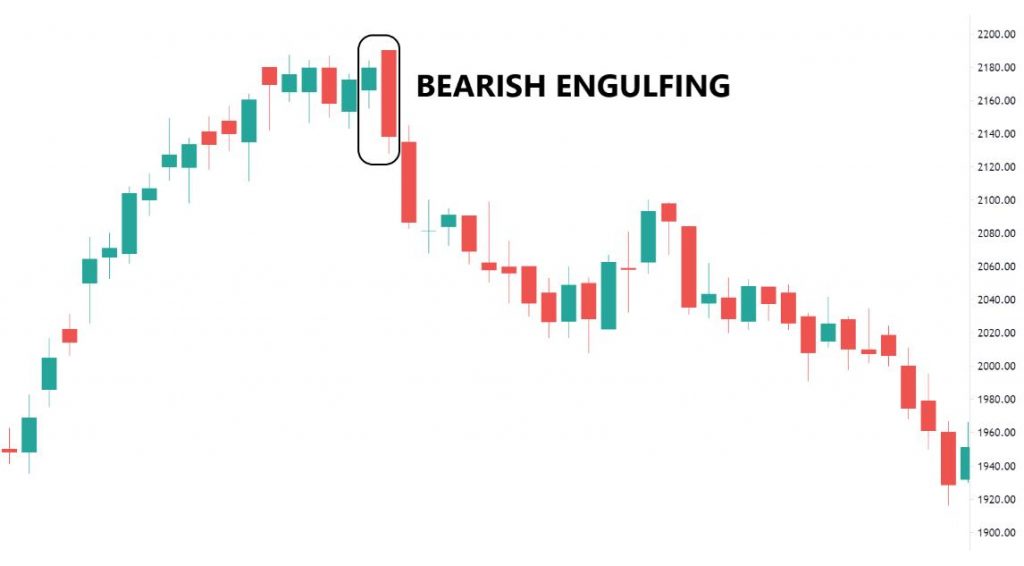 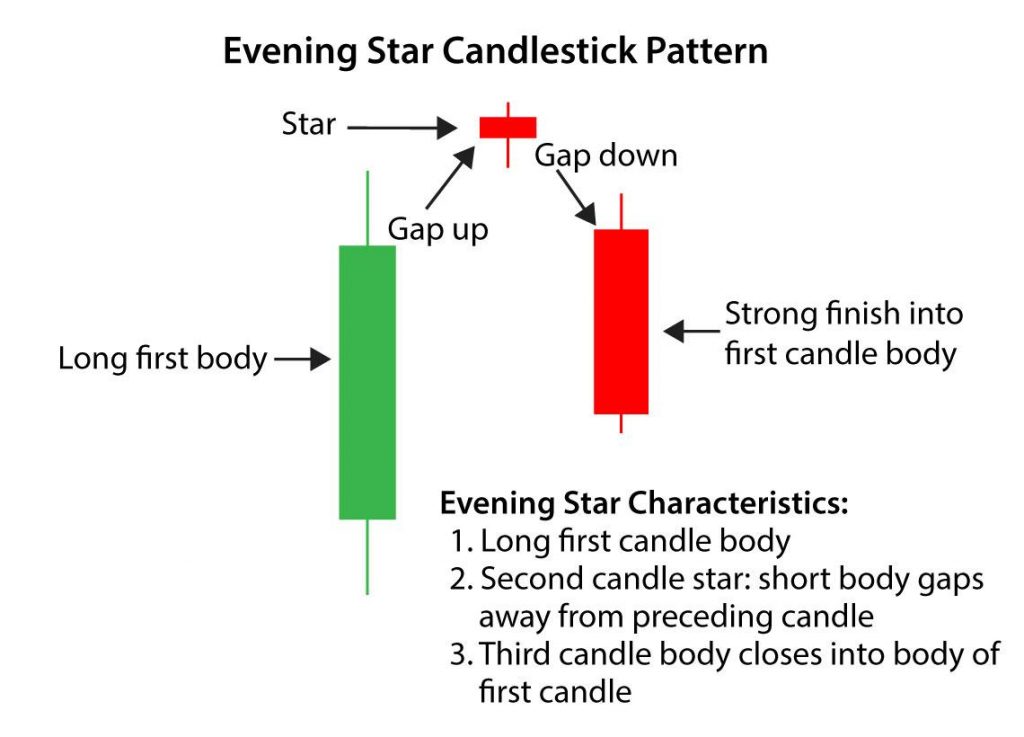 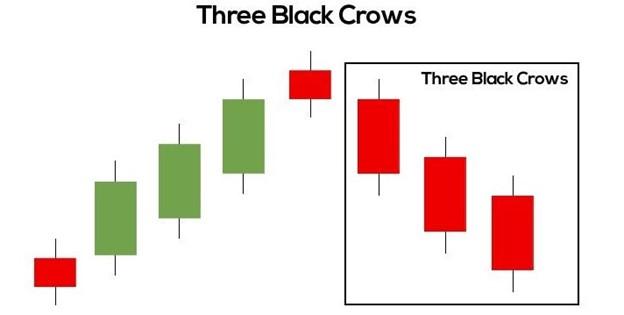 Strong bearish candlestick patterns to look out for include bearish engulfing, evening star, and three black crows. These bearish signals help to provide confirmation that prices will continue to decline, and it is not the case of a bear trap.

How to Trade a Bull Trap or Bear Trap

If you are uncertain about whether the trade you are entering is a bull trap, you may choose to be more prudent and set appropriate risk management measures.

Firstly, you can look for signs of confirmation such as higher trading volume, bullish candlestick patterns, and a low or neutral RSI, as mentioned above.

Secondly, it is recommended that you set stop-loss orders to minimize losses.

How to trade Bull Traps? 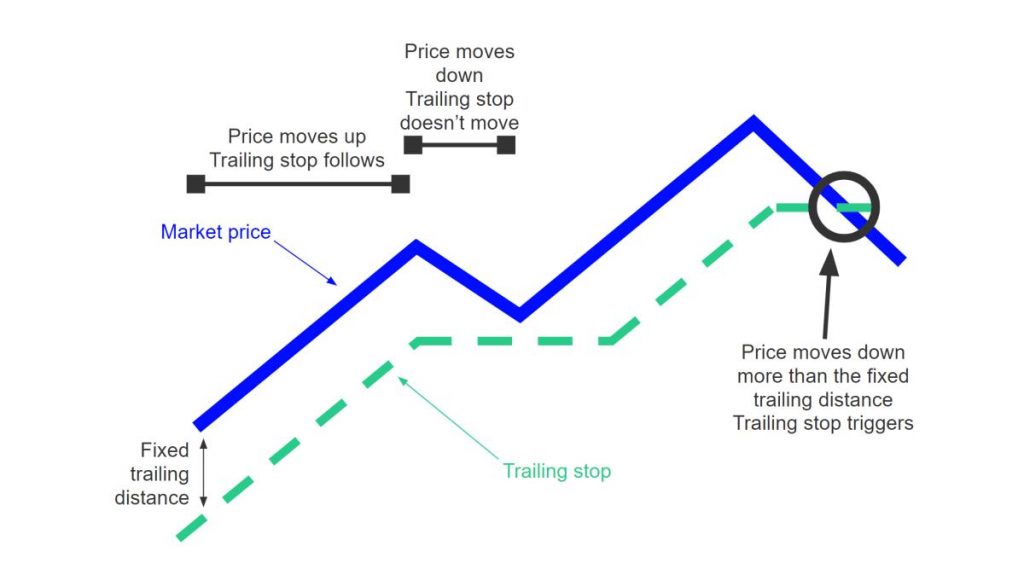 In this way, the trailing stop order can help you secure any profits gained from the uptrend of the trade while minimizing your losses in the case of a bull trap or bearish reversal.

Alternatively, you may choose to trade the bull trap intentionally and profit from the price decline. For example, you can open a short position once the bull trap is in effect, either directly or with financial derivatives such as Contracts of Differences (CFDs).

Do note however that shorting comes with extremely high risk. In the event that your forecast is inaccurate and the market reverses into an uptrend again, you may face infinite losses depending on how much the price increases. This is a high-level trading move that only experienced traders should attempt to undertake.

How to trade Bear Traps?

You can trade a bear trap by entering the market during the dip. However, it may be difficult to time your entry accurately. This may work best if you believe there will be a short squeeze or believe in holding the asset in the long term. If you believe that the cryptocurrency will rise in the long term, for example, you may have greater confidence in buying the asset during its dip.

There are no hard and fast rules when it comes to trading a bull or bear trap, which are unpredictable market movements by nature. However, by studying relevant technical indicators and gaining more experience in the markets, you will become increasingly adept in identifying bull and bear traps and placing your trades accordingly.