Doji Candlesticks: What They Are and How To Use Them

Doji candles or Doji candlesticks are a particular kind of candlestick pattern that indicates market neutrality. It doesn’t happen very often, but occasionally, bull and bear sentiments are equally matched on the market.

Here, we take a detailed look at the history of Doji candles, how to spot them on a trading chart, and how you can apply them to your trading practice. 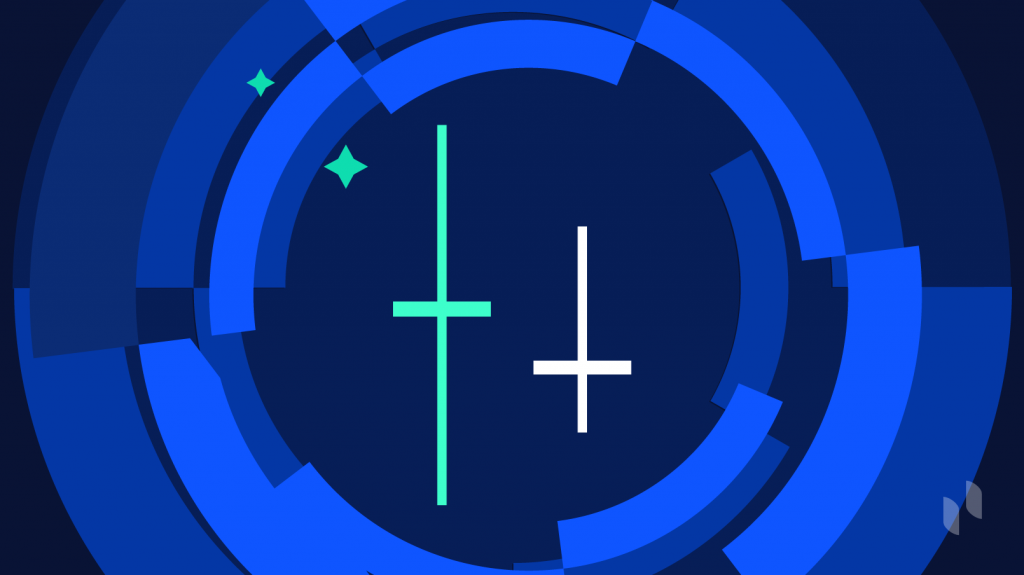 What is a Doji Candle?

Candlestick patterns tell us about what price movements occurred during a particular period of trading. They comprise four pieces of information:

The blue arrows point to the open and close prices in the chart below, while the purple arrows indicate the high and low prices. 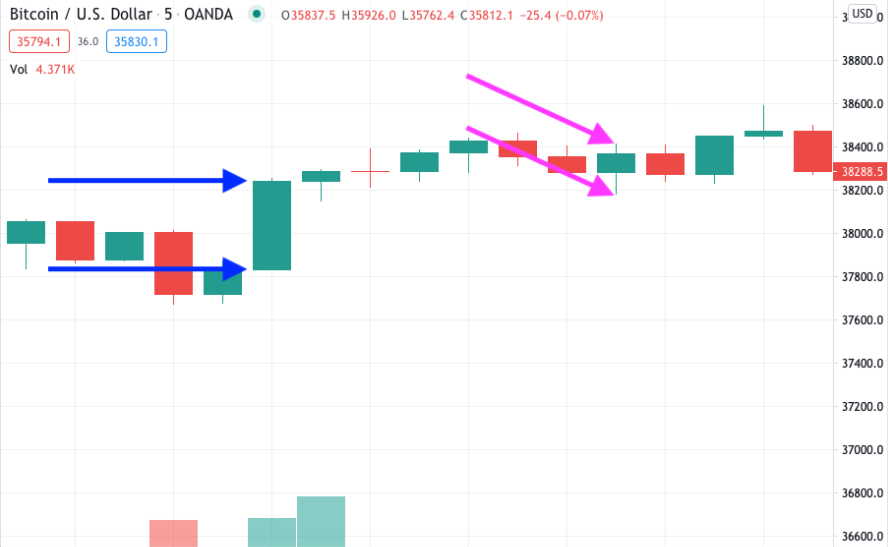 If the prices at open and close are very close or the same, then the candle is displayed with a wick but only a very thin line to indicate the open/close price, with no candle body. This is known as a Doji candle. You can see an example in the chart below. 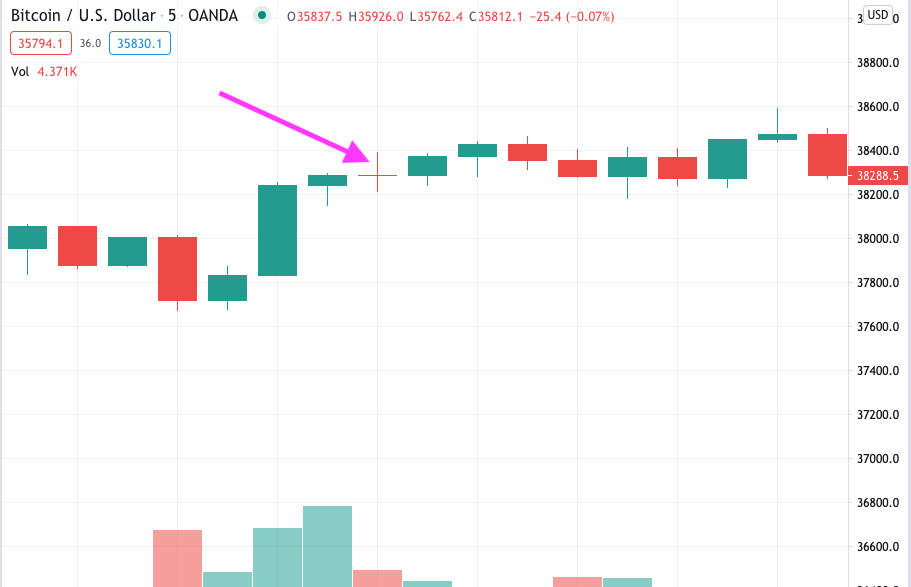 To Learn more about other types of Candlestick Patterns, Read

The 8 Most Important Candlestick Patterns in Crypto Trading

It’s widely accepted that the concept of candlestick patterns originated in Japan and was brought to modern trading in the Western world by Steve Nison in his book “Japanese Candlestick Charting Techniques.”

In Japanese, “doji” means a mistake or error, so the name was given to a particular type of candlestick pattern to indicate that it’s a mistake that traders didn’t intend to make. After all, traders are always hoping the markets will move in one direction or another – it’s the entire point of trading.

Types of Doji Candles and What do they Indicate

There are different types of Doji candles, as shown below.

In addition to the four Doji candles in this graphic, there is also one more, indicated by only a straight horizontal line with no wick. This is extremely rare, known as a 4-price Doji. We will cover all five here.

Therefore, during this trading session, neither bulls nor bears had any particular advantage over the other, with most trades canceling one another out. It indicates indecision.

The 4-Price Doji has no wick, just an open and close price, which also indicates the high and low price for the session. A 4-Price Doji is extremely rare in high-volume markets, as it indicates that there was virtually no price movement during the session. If there has been trading volume, it means that market participants are highly indecisive about price direction.

Neither the Neutral Doji, the Long-Legged Doji, or the 4-Price Doji tells you very much about what the markets might do next. Depending on what the preceding candlestick patterns are telling you, it may indicate a price reversal. This is often the case when they’re observed during a strong upward or downward trend, as they show that the market is now becoming indecisive following the recent trend.

The best way to determine what either of these Doji candles means is to wait to see what happens or use another technical indicator to gauge market sentiment. If the price moves up in the next trading period, you could open a long, or if it moves down, open a short. Otherwise, consider using leading indicators such as a stochastic oscillator to predict how the market will move.

A Dragonfly Doji shows the open and close price at the same level as the high price. Most or all of the wick is below.

Dragonfly Dojis can often indicate that the market is about to change direction, particularly if they emerge after a downtrend. They demonstrate that traders have rejected the lower prices indicating that there’s a strong buy-side. However, if a Dragonfly Doji appears after an uptrend, it can also indicate a reversal is on the way.  The next candle on the chart will confirm the market direction.

To learn about the indication behind the Candlestick
Read What is Dragonfly Doji?

A Gravestone Doji is the opposite of a Dragonfly Doji, showing the open and close price around the same level as the low price with a long upper wick.

If seen following an uptrend, which is most common for this candlestick pattern, Gravestone Dojis can be a bearish indicator. Traders may exit their long positions or wait for confirmation from the next candle.

By themselves, Doji candles aren’t the most powerful indicators of any given movement. However, used as part of a broader reading of market conditions, they can help anticipate changes in trends or prompt a trader to undertake a more detailed analysis to decide when to trade. To better understand how they work in practice, it’s a good idea to study some charts, ideally, those of liquid markets, to find some examples of Doji candles and where they fit into broader market trends.