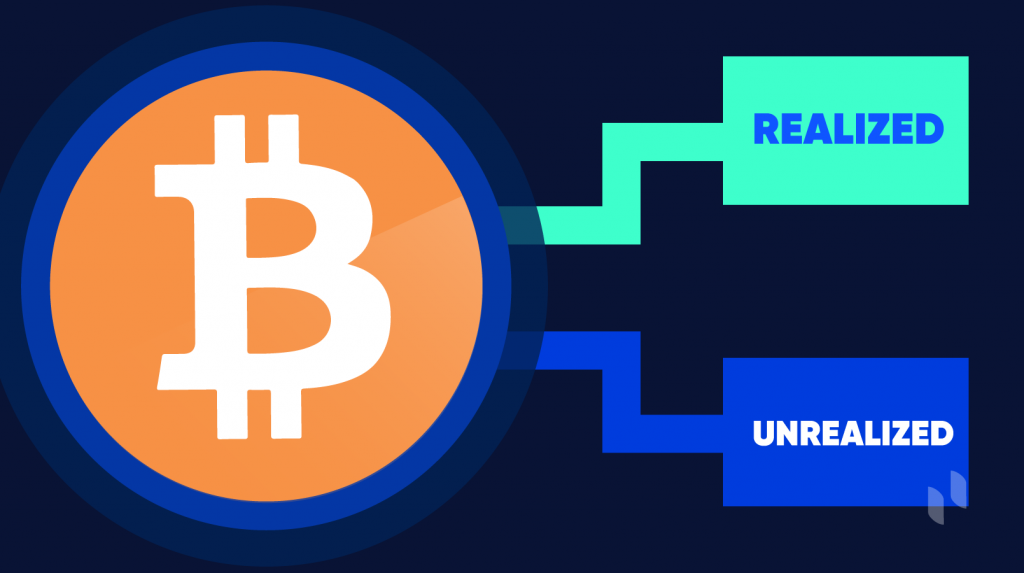 One of the most important aspects of investing in or trading cryptocurrencies is understanding the difference between realized and unrealized profits and losses (PnL). Firstly, because they have implications on how much you actually gain or lose on your cryptocurrency transactions, but secondly, because of potential tax obligations as well.

Where Does Realized vs. Unrealized PnL Come From?

The concept of realized and unrealized PnL in cryptocurrencies is based on the same principles used for stocks, shares, or commodities. To explain it, let’s first consider trading or investing in company stocks.

what is an unrealized p&l?

Let’s say you bought ten shares of Tesla for $500 each or a total investment of $5,000. The share price then goes up by $50. Your investment is now worth $5,500. As long as you keep holding the shares, your profit is said to be “unrealized,” as it only exists on paper.

Similarly, if the share price goes down by $50, your Tesla investment will now be worth $4,500, which is an unrealized loss as long as you’re still holding the shares.

what is a realized p&l?

Most importantly, as a general rule, unrealized gains and losses don’t trigger a taxable event. When you sell assets for a profit, it can be subject to capital gains tax, depending on the jurisdiction. When you sell at a loss, it may also be possible to deduct the capital loss from your tax obligation.

So let’s say you sell your Tesla shares while you’re in profit. Assuming capital gains tax applies, then it would be levied only to your $500 profit. If you sold when the price was down, you’d be able to apply a tax deduction based on the $500 loss that you could offset against other gains.

Realized vs. Unrealized PnL in Bitcoin

Cryptocurrencies are a little more complicated than shares due to the variable ways they’re treated for tax purposes in different jurisdictions.

Furthermore, share transactions are relatively straightforward because shares aren’t tradeable between one another. Using the example above, if you wanted to swap your Tesla stocks for Apple stocks, you’d have to sell your Tesla stocks for cash and then use the proceeds to buy shares in Apple.

With cryptocurrencies, you could use fiat currencies to buy BTC and then trade the BTC for other cryptos without ever needing to convert back to cash.

Therefore, it’s often the case that trades between cryptocurrencies are considered a realized profit or loss and taxed as such.

Let’s work through a few examples to illustrate how this works in practice.

A Realized Profit from Long-term Buy and HODL

In this straightforward case, assuming Alice is subject to capital gains tax, it would be calculated based on $50,000 (her realized profit).

A Realized Profit from Short-term Trading

Bob is a trader who speculates on the short-term volatility of cryptocurrencies. Bob buys one BTC for $5000. The next day, BTC’s value against ETH goes up, so Bob decides to take advantage. He trades his one BTC for $8,000 worth of ETH. However, it was a bad move as ETH prices undergo a correction. The following day, Bob decides to cut his losses and exits his ETH position, trading it for $7,000 worth of USDT.

Although he hasn’t converted any funds back to fiat, the exchanges that Bob made in this sequence are considered realized gains and losses.

In the next trade, Bob had a realized loss of $1,000 by selling his $8000 worth of ETH for $7000 worth of USDT. He can offset the tax deduction for the capital loss against his tax obligation on the capital gain.

Learn How to Calculate PnL with This PnL User Guide

How to track your Realized and Unrealized Profits and Losses?

Bob’s example is still relatively straightforward. It can get very complicated if traders are holding multiple positions which they bought into at different prices. What if Bob was already holding BTC bought at different prices at the time of his first trade? Which cost basis is used to calculate the profit on the trade?

Particularly for traders, it can be challenging to keep track of all of these transaction details manually. Failing to report cryptocurrency gains and losses accurately can be extremely risky, as tax authorities may treat it as fraud. Therefore, many cryptocurrency users choose to use different tools and platforms to help them remain compliant.

Portfolio trackers and cryptocurrency tax software are two of the most popular applications to help manage your realized and unrealized PnL. Delta, CryptoCompare, and Blockfolio are all examples of all-in-one solutions for crypto traders. However, there are plenty of others on the crypto market.

In many cases, these tools can also help optimize your tax position by keeping tabs on your unrealized PnL. Tax-loss harvesting is a strategy that can help you sell some positions for a realized loss as a way of reducing your capital gains burden.

Be aware that some crypto tax platforms only cover certain jurisdictions, so you’ll want to make sure that the one you choose can support your tax obligations.

A final note: It’s essential to be aware that tax rules and regulations for cryptocurrencies can vary significantly between jurisdictions. This article’s information is designed to give you a general understanding and should not be construed as tax advice. You should make sure you understand the tax rules that apply to your own circumstances before trading cryptocurrencies.