What Is Space Monkey Coin: A Fun P2E Mobile Game

The play-to-earn (P2E) games domain is currently the newest fast-growing area in the crypto world. A variety of P2E projects that exploded in popularity in 2021 are now spurring the growth in this sector of the crypto universe.

While many are familiar with the heavy-hitting projects, such as Axie Infinity (AXS) and Decentraland (MANA), there are new exciting projects with great promise. One of these projects is Space Monkey, a fun and relatively uncomplicated P2E crypto game.

Space Monkey is still a young project making its initial steps in the crypto world, hence the very modest market cap figure. The market cap gives it a rank of around 6,400 in the overall cryptocurrency rankings on CoinMarketCap. 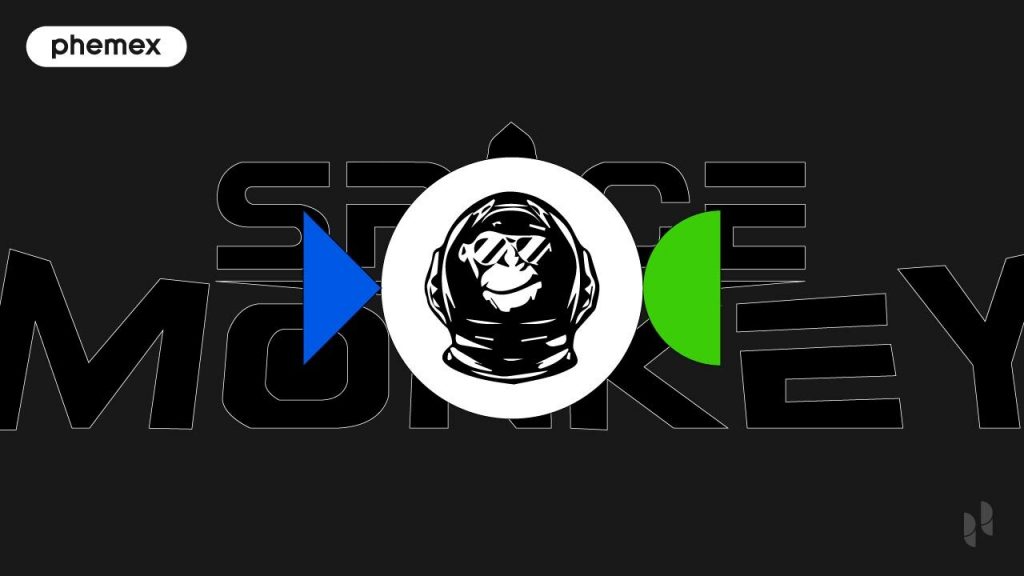 What Is Space Monkey (MONKE)?

Space Monkey (MONKE) is a game where the monkey you control runs through space and collects bananas. This is a typical P2E game, where you earn crypto rewards for the items you collect. The rewards are accumulated in the Space Monkey’s native coin, MONKE.

The monkey faces a number of obstacles and environments along its journey through space. Your goal is simple – collect as many bananas as you can while overcoming the obstacles along the way.

Perhaps the biggest advantage of the game is its simplicity. In an era of overly-complex games where controlling your characters often requires very sophisticated skills and maneuvers, Space Monkey makes a refreshing difference.

Your accumulated rewards in MONKE may then be swapped for WBNB coins on the Pancake Swap decentralized exchange (DEX). Unfortunately, swap options for MONKE are currently limited to Pancake Swap only. This might change in the future if the project gains enough traction in the market.

The game is completely free to download for both iOS and Android. The initial reviews of the game both on the Apple Store and the Google Play Store are very positive. Many reviewers particularly stress the simple nature of the game. In the future, the game developers also plan to introduce non-fungible tokens (NFTs) on the platform.

What Does Space Monkey Do?

The key goal behind the Space Monkey game is to provide an easy-to-play P2E platform that lets you spend some relaxing time on your smartphone, without the pressure involved in more complex games.

The game’s developers must have realized that many P2E crypto games involve too many options, too much setup, and too complex navigation. Space Monkey is different. As you collect bananas throughout the game, you earn modest bits of crypto. No pressure and no high stakes.

In its current format, Space Monkey is not a game where you could earn vast amounts of crypto. Instead, the focus is on letting you “waste” your time in a pleasant and fun way, with crypto rewards being just an added bonus.

Space Monkey received a significant boost in October last year when it signed a partnership agreement with Game X Change, a gaming platform that lets crypto game projects move tokens between participating games. This opens up opportunities for Space Monkey to do cross-game asset swaps with the games on the Game X Change network. Currently, the network includes five games in addition to Space Monkey. However, only two games on Game X Change are live, Space Monkey and Stunt Runner.

The other four games are yet to be launched live. As these games are activated, and the Game X Change platform expands beyond the currently running or planned games, this should benefit Space Monkey as well by creating a wider network to swap crypto assets with.

Is Space Monkey Safe to Use?

In October 2021, Space Monkey conducted an audit of its platform via a crypto audit company called Perseus. In general, conducting an audit on a new crypto platform is a smart move to boost trust among potential users and investors. In that respect, Space Monkey’s move may only be praised.

However, not a lot is known about the auditor of the project, Perseus. The website of the company (perseus.ltd) is not accessible (at least, as of January 1, 2022); the link to the audit report posted on Space Monkey’s website is also not accessible; and the rare references to Perseus online are largely linked to Space Monkey and Game X Change, the platform Space Monkey partners with.

These factors, combined, do not serve as a particularly effective boost of trust towards the conducted audit. Nevertheless, the audit is one of the key pieces of communication that Space Monkey uses at the moment. If you are curious about the results of the audit, Space Monkey reports that Perseus has not identified any significant problems with the platform.

Who Is Behind Space Monkey?

Space Monkey was founded by crypto entrepreneur Nico Monpetit. After a year-long development effort, the game was launched in early October 2021. Montpetit is a gaming enthusiast who worked in the cannabis industry prior to getting his hands dirty with Space Monkey.

Lew Col is the platform’s Advisor and Community Lead. He has been involved in the crypto and DeFi space since 2016, and is also an avid gamer. His blend of the crypto industry and gaming knowledge makes him a natural choice to lead the interaction with the game’s user community.

There is no information about any external venture capital attracted by the Space Monkey project. So far, the only funding sources publicly disclosed include the personal investments made by Monpetit and Briant. The project has also not held an ICO.

The Space Monkey’s platform coin, MONKE, has only recently been listed on the leading cryptocurrency data platforms. It first appeared on CoinGecko on November 24, 2021, trading at $3.01 per million MONKE.

Given the project’s newness, it is probably too early to make any significant conclusions about MONKE on the basis of these initial weeks on the market. It is likely that MONKE is still in search of its true market rate at this point in time.

What Is the Future for Space Monkey?

Space Monkey went live only about three months ago. It had a decent start, and the initial reaction from the market seems positive. The reviews of the game on the Apple Store and Google Store are very positive.

However, the project is still in its infancy and its social media presence is currently far from being impressive. The project’s official Medium page features only 18 followers, although the number of its Twitter followers looks a bit more respectable – 1,345 (as of January 1, 2022) . It is clear that the team behind the projects needs to increase their efforts to attract a larger social following.

Another issue for the project is the potential for quick saturation of the P2E crypto gaming space in the near future. As this niche starts to attract attention and is growing strongly, more projects are likely to join and create significant competition for Space Monkey.

As such, it remains to be seen if the platform is capable of addressing these potential threats.

Space Monkey is a new P2E crypto project where you earn crypto rewards by collecting bananas as a space-trotting monkey. One of the key advantages of the game is its simplicity and uncomplicated scenarios.

Launched in early October 2021, the game earned largely positive reviews from initial users, as judged by the comments on the Apple Store and Google Store. However, the project still has a limited social media following, and its future prospects will depend on two key factors – its ability to expand the currently modest social media presence and its capacity to fight off competition in the P2E crypto games space, which is currently experiencing significant growth.