What is Parsiq (PRQ): Blockchain-Neutral Platform and the Future of Blockchain App Building

Founded in 2018, Parsiq (PRQ) is a blockchain development platform through which developers can deploy blockchain applications that transfer on-chain and off-chain data in real time. Parsiq helps developers connect their blockchain DApps to devices, monitor changes on the blockchain, develop custom events from smart contracts, develop DeFi applications, and create automated bots. The platform works with many different blockchains, and Parsiq’s 50,000-plus users have deployed over 150,000 applications. 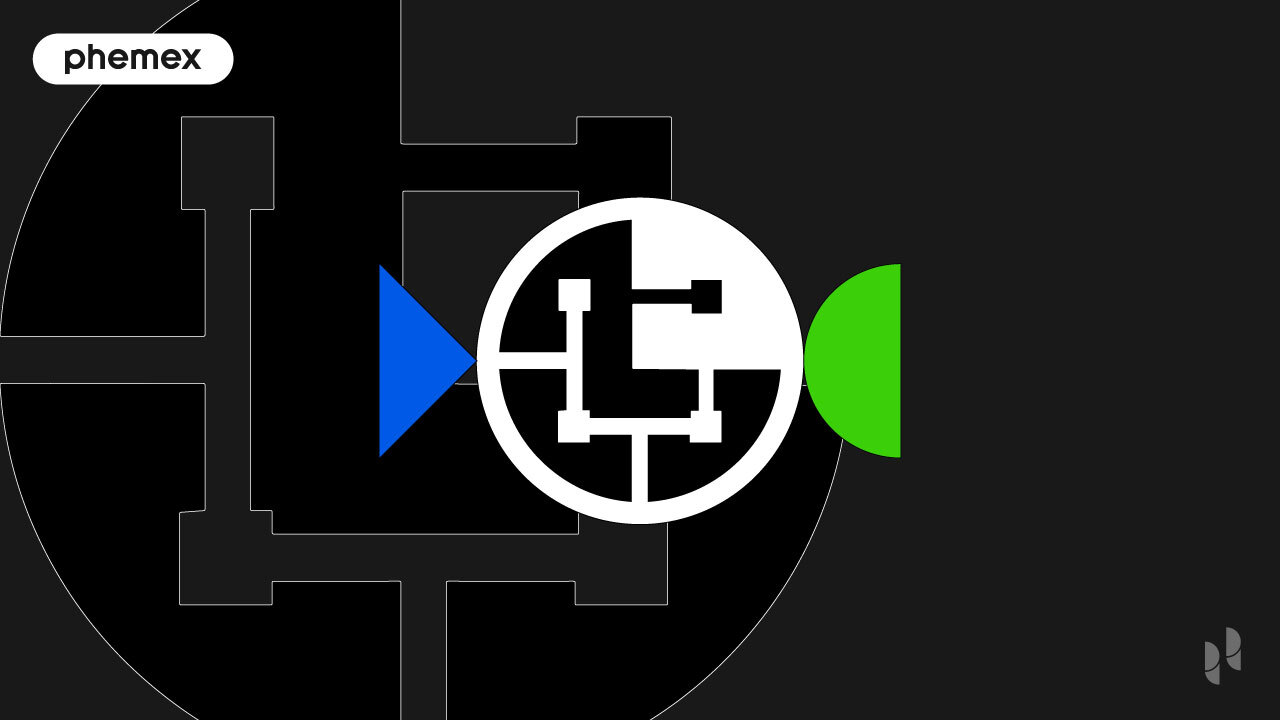 How Does the Parsiq Platform Work?

The name “Parsiq” originates from the word “parsing,” which means extracting data from one source and sending it to a database. The platform can sync data from different blockchains, including Bitcoin, Ethereum, Algorand (ALGO), Dash (DASH), and more to come, making it blockchain-neutral. Developers can extract data by creating their own custom APIs via Webhooks or using one of the pre-sets for data transmission to Telegram, Google Sheets, and Discord.

The Parsiq platform’s specific technical features include the following: 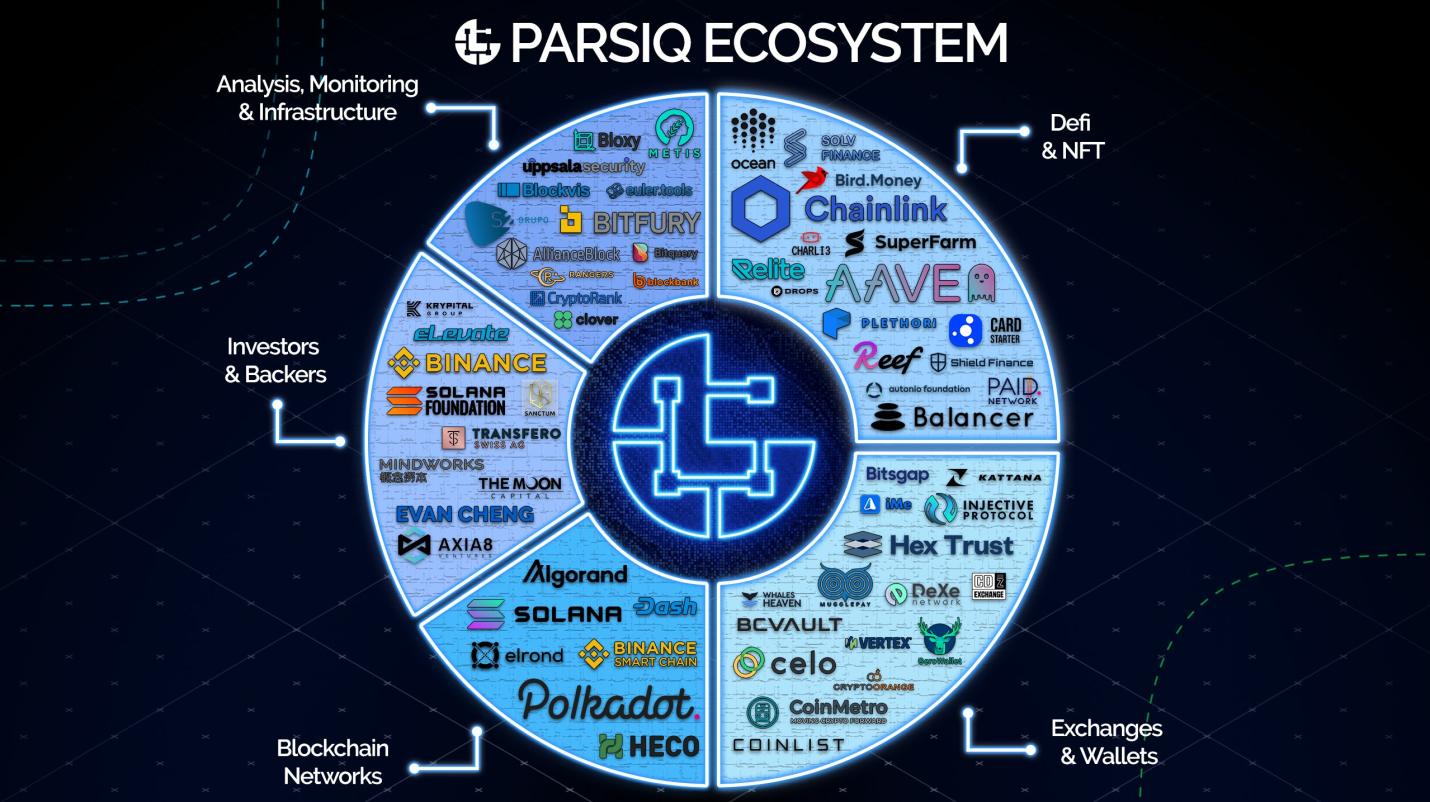 The components that make up the Parsiq ecosystem (Source: Parsiq)

The data that Parsiq can parse from various blockchains includes data on transactions, smart contracts, and other block data. Parsiq’s users can use the platform’s built-in “blockchain adapter” to process data occurring on the blockchain.

The blockchain adapter processes raw network transactions as they occur in real time, and can transmit this data to applications that the developer calls for using APIs. This enables developers to process payments and advanced smart contracts from their centralized app to the blockchain.

Once the data is parsed using the blockchain adapter, it can be pre-processed and decomposed, and then organized in so-called “native events.”

How Are Native Events Used for Real-Time Monitoring?

For instance, if the developer classified BTC whale movements above $100 million as Smart Triggers on Parsiq, Parsiq could subsequently send notifications every time more than $100 million worth of Bitcoin is moved on the blockchain.

The notification system can be used to send notifications to messaging systems such as Telegram/Discord or directly to developer’s own applications using Webhooks. This allows developers to build usable applications by providing real-time output and analysis across multiple blockchains.

Parsiq accounts have databases where developers can store data. This data can be parsed and indexed by third-party applications. For instance, the database could keep track of addresses holding a certain token to determine their eligibility for an airdrop. It could also be used to derive data about user behavior on an application.

Parsiq offers advanced reporting and analytics by collecting data in different databases and aggregating it. This can be used to produce statistical data using visualizations. For example, if we’re building an app that tracks whale movements on the BTC blockchain, we could track the total number of Bitcoin moved by whales each day.

What Is Parsiq’s IQ Protocol?

Parsiq’s new “IQ Protocol” staking service allows PRQ holders to take advantage of unrestricted access to the platform and generate yield by staking PRQ. The current APR is between 5-10% based on the amount of tokens staked. IQ Protocol is part of Parsiq’s premium plan re-brand. Prior to IQ Protocol, Parsiq used to offer paid payment plans in USD. The platform now accepts only PRQ tokens as payment.

What Is the ParsiQL Programming Language Used For?

The language is easy to learn for experienced programmers, and the platform makes it easy to understand even for non-developers. Such users can still create Smart Triggers for certain events on the blockchain with only a few clicks on the platform.

How Is the PRQ Token Distributed?

Parsiq’s native token, PRQ, was deployed as an ERC-20 token on the Ethereum blockchain in September 2019. The initial token supply was 500 million tokens, 250 million of which were put up for sale on an initial exchange offering (IEO). 100 million tokens were sold during the IEO and 150 million remained from the sale — all of which were burned.

The total circulating supply decreased to 350 million after the IEO, and in January 2021 the team decided to burn 50% of their collective tokens, which decreased the supply by 30 million.

The distribution of the PRQ token (Source: Parsiq)

PRQ’s main competitor is The Graph (GRT), which has a market cap of $2.3 billion. Technology-wise, PRQ stands out by parsing multiple blockchains and retaining blockchain-neutral functionality, while GRT is exclusive to the Ethereum blockchain.

The Graph had much larger backing from Venture Capital (VC) funds and raised $12 million in capital funding in September and October of 2020. It had a very successful launch and branded itself “The Google of blockchains.” Despite having very similar functionality and a slight edge by indexing multiple blockchains, Parsiq is falling behind The Graph in total market cap.

The PRQ team continues to form partnerships with exchanges and institutional investors in the crypto sphere, such as Algorand and Solana. In June 2021, Solana raised $3 million in funding for Parsiq. Parsiq is likely to continue developing the product and expanding their team to bring new features and functionality in the future.

Is Parsiq a good investment?

The only bearish outlook for the PRQ token is that it’s aimed at enterprise-grade clients who are looking to build applications on their platform, and not retail customers. This could reflect in the price action of the token over the long term.

Parsiq’s new type of smart contract, “Smart Triggers,” simplified the transfer of on-chain and off-chain data. Parsiq is an advanced development platform that can sync data from the world’s largest blockchains.

The programming environment is compatible with Bitcoin, Ethereum, and other large blockchains. The team simplified the environment and made it easy for even non-technical users to create their own apps on the platform.

The Parsiq token peaked at an all-time-high of $2.60 in April 2021, and has since depreciated. It is highly undervalued compared to competitors that have similar features. The market cap falls behind its main competitor “The Graph” by a margin of 5000%, and only time will tell if PRQ will be able to catch up.