What Is Ocean Protocol: A Data Marketplace on Blockchain

Ocean Protocol is a blockchain platform that serves as a marketplace for data providers and consumers. Providers can monetize access to datasets such as results of consumer surveys, time-series financial data, or scientific measurement data, among others. The platform’s consumers pay for this data to either buy it outright or rent access to it.

The protocol’s token, OCEAN, is used to facilitate this data-focused trade. OCEAN is a standard fungible ERC20 Ethereum token. Currently, the token trades at $0.79 for a total supply of around 613 million tokens, with a market cap of around $483 million. 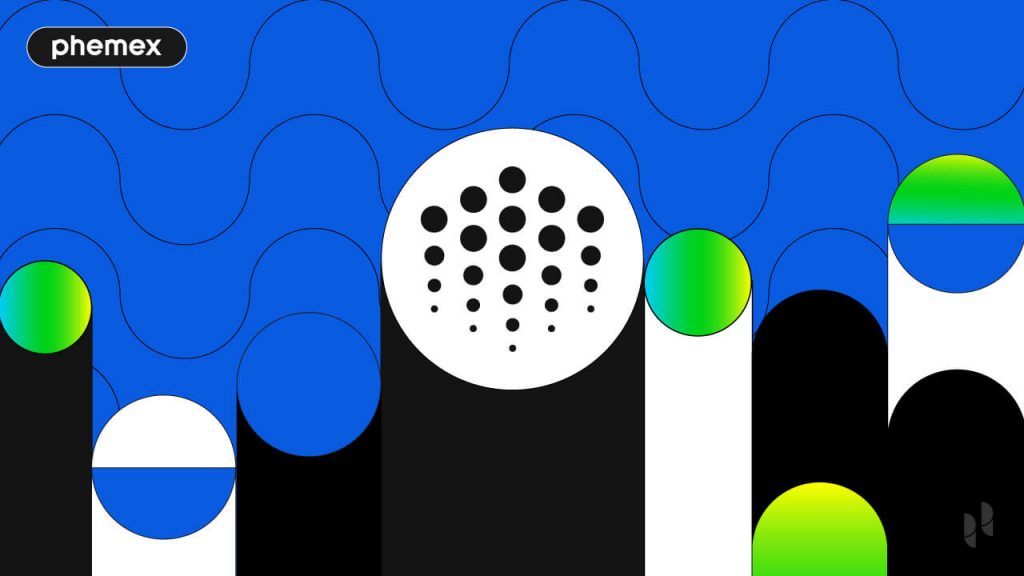 What Is Ocean Protocol?

Ocean Protocol brings together providers of various datasets and entities willing to buy or access this data for their own business purposes. Data providers are paid in OCEAN tokens to allow access to their datasets. The actual data may be stored off-chain, and only the access rights to it are represented on-chain using OCEAN tokens.

The two main players on the platform, the sellers and buyers, are referred to by the protocol as the providers and consumers. Providers may be any entity, individual or business, in possession of a dataset they are willing to monetize access to. A typical provider could be a market and data intelligence consultancy that produced a dataset on the basis of market analysis.

An example dataset may include economic or financial analysis, or it could be based on responses to a consumer survey. Naturally, it is assumed that providers have full legal rights to sell or rent access to the data.

Consumers are typically a wide range of different businesses, from small consultancies or startups to big corporations, who want to access datasets for a variety of purposes, such as investment decisions or marketing strategy development, or simply to understand some markets or customer groups better.

How Does Ocean Protocol Work?

When data providers want to make a certain dataset available for sale or rent, they quickly find that, outside of the blockchain world, there isn’t any efficient marketplace for such transactions. Ocean Protocol solves this problem by providing this kind of specialized data-focused marketplace.

By listing their datasets on Ocean, data providers monetize access to them and earn OCEAN tokens in the process. OCEAN is used both as the transaction and as the governance token of the platform.

The token is available for trading at a number of large exchanges. That means that sellers are not restricted to holding their dataset sale proceeds in OCEAN and can convert them to other coins or fiat currency.

Consumers of datasets use OCEAN tokens to buy or rent access to data of interest to them. Renting access to a dataset, or some parts of a dataset is a unique functionality of the protocol. This is a cost-effective way for data consumers who simply need a portion of the data or access to it for a short period of time.

For example, a market analyst may need access to some consumer preferences data just to run some quick segmentation analysis. They may not need the entire dataset with all the information contained in it, nor do they need this dataset for anything other than a single day’s access to run their analysis.

In the past, they would have no option but to buy the dataset outright. Using Ocean Protocol, they may pay only a fraction of the total cost, and have this kind of “spot” access to it for running a quick analysis. This is a useful feature for individual analysts, entrepreneurs, or small businesses who, in the past, simply could not afford access to the quality data that big corporations routinely access.

How to get OCEAN?

Users of the platform can earn OCEAN in three primary ways:

Staking on the platform works very similarly to the liquidity pool staking at decentralized exchanges (DeX). Each dataset has its own pool, similar to how each coin may have its own pool on a DeX. Users who stake their OCEAN to the pool earn yield whenever there are transactions involving this dataset.

Staking on Ocean allows investors without a capacity to provide datasets to still earn profit from the platform.

However, the most potentially lucrative way to earn OCEAN on the protocol is to develop your own data marketplace on top of the Ocean platform, although it is also the most complex. Developers who are capable of blockchain programming and familiarize themselves with Ocean can create a marketplace of their own on the platform.

Who Is Behind Ocean Protocol?

Ocean Protocol was founded in Singapore in 2017 by two blockchain entrepreneurs — Bruce Pon and Trent McConaghly. The core team currently consists of 25 blockchain technologists and entrepreneurs operating out of diverse locations worldwide, but the bulk of the team is in Romania and Germany.

In addition to the dedicated core team working on the protocol, Ocean also has over twenty external advisors who provide guidance on business partnerships and governance. The advisors are also located in a variety of countries and are typically CEOs, Founders, or C-level functional area heads at technology or analytics companies.

Since its establishment, Ocean Protocol has attracted a total of $28 million in venture capital (VC) over 5 funding rounds. The latest funding round came from the Initial Coin Offering in May 2019. The protocol has a total of 12 VC investors, both individuals and institutional entities.

These positive developments for the token were largely driven by the protocol’s launch of its core business products — the Enterprise Marketplace, where data providers could monetize their datasets, and the Compute-to-Data, the functionality to rent access to datasets on a per need basis.

As the overall market cooled down, the token also dropped from these heights to more realistic levels. At the moment, OCEAN trades at nearly $0.80, a rate more than twice as high as the $0.35 it was at at the start of the year.

What Is the Future of Ocean Protocol?

The outlook for Ocean Protocol is largely positive. The unique business model offered by the platform, monetization of and access to datasets, will keep driving the token’s growth. The token has been on a growth trajectory since the protocol became fully operational. This is a clear indication that the market appreciates the business concept offered by Ocean.

Since it is still young and in the early years of operation, Ocean has the potential to attract the vast layer of smaller businesses and entrepreneurs who could not afford access to quality market, financial, or scientific data in the past. This kind of data was largely a luxury only large businesses could indulge in.

As these smaller businesses, startups, and entrepreneurs drive the consumer side of the protocol, data providers will also appreciate the unique efficient market for selling their data or renting access to it. As the overall demand for data-driven business decisions grows, Ocean stands only to benefit from this growth.

However, the protocol will need to effectively manage the important issue of data privacy. A compliance mechanism to address any potential concerns over the privacy of customers and individuals whose data may be traded on the platform is critical for the project’s future success. In times of GDPR and other legislation to ensure individuals’ privacy, any platform trading data must protect itself with an effective privacy model.

Ocean Protocol is a unique Ethereum-based platform that hosts a marketplace for selling and buying data in the form of individual datasets. Each dataset has a pool of its own on the protocol for staking opportunities as well.

Data providers, such as market analysis or financial consultancy agencies, can sell valuable datasets or rent access to them via the functionality called Compute-to-Data. This functionality is useful for smaller businesses and startups to access valuable market, financial, or scientific data for analytical purposes.

The protocol’s unique business concept has underpinned the confident growth for OCEAN, the platform’s token. It is expected that OCEAN will gain in value as the protocol matures and expands its data marketplace services.

While the outlook for OCEAN and the protocol is largely positive, it is important to have an effective mechanism on the platform to ensure data privacy. This is an issue that may have a significant impact on Ocean’s future potential.

In general, as the demand for data-driven business decision-making grows, the future looks promising for this unique project and its token.