What Is A Gamma Squeeze? When Crypto Prices Suddenly Skyrocket 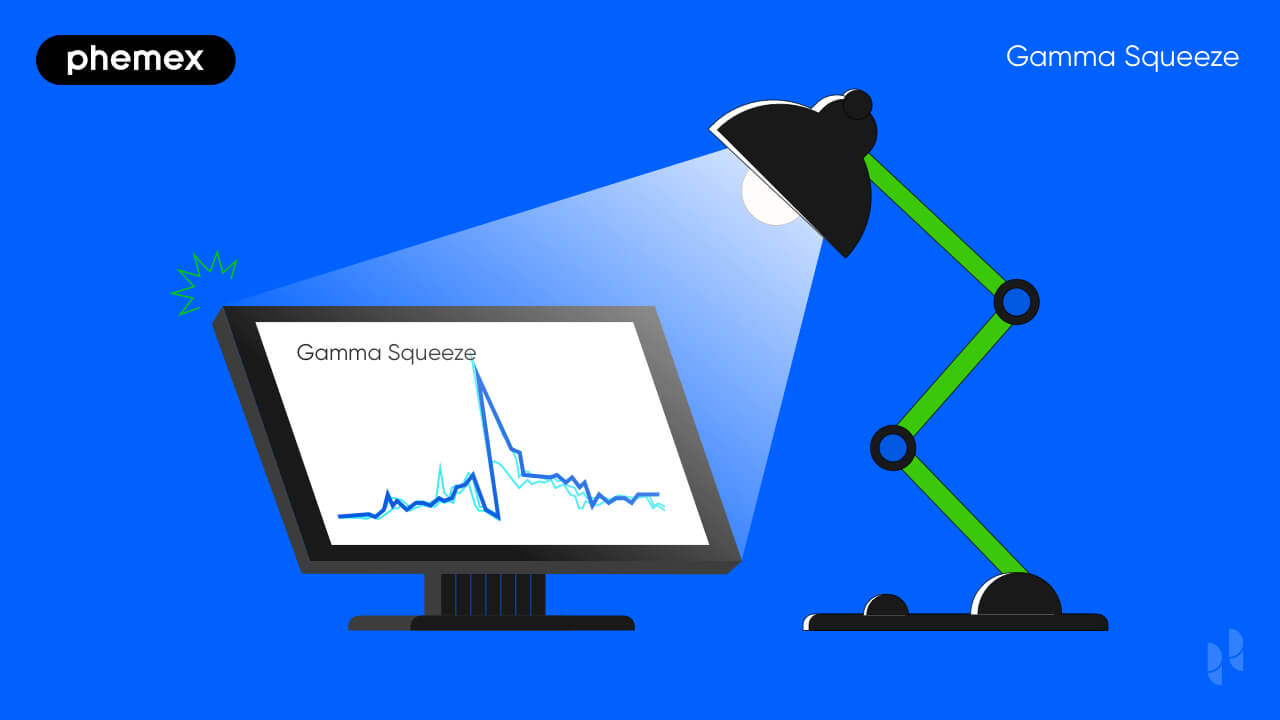 Investing in asset classes such as crypto carries risk due to its inherent volatility. If an asset such as Bitcoin (BTC) moves in one direction too fast, investors start hedging their position to minimize losses, leading to an even sharper increase in price.

What happens when thousands of investors are shorting crypto, only to experience a reversal to the upside and therefore face liquidation? If investors are forced to cover their losses by opening a position in the opposite direction, this leads to a so-called “squeeze”.

A larger squeeze, or a gamma squeeze, occurs when market makers themselves are over-leveraged and need to hedge their positions. Hedging allows traders to minimize their risk by covering both sides of the trade, but the mere act of hedging is what causes the squeeze.

In early 2021, investors from Reddit squeezed Wall Street hedge funds by opening longs on stocks such as GME and AMC, causing them to appreciate by hundreds of percentage points. As the hedge funds were forced to cover their losses by buying long calls, the price of these stocks increased sharply.

What Is A Gamma Squeeze?

A gamma squeeze is a price surge on an asset when a market maker is forced to hedge their position or risk liquidation. These “market makers” are large institutions or corporations that serve as liquidity providers on both sides of the trade. As such, they hold large amounts of derivatives. If their position is at risk, they will automatically start hedging their position by purchasing contracts in the opposite direction. This inherently causes an upward spiral in the price action of an asset.

If an exchange shorts Bitcoin but retail investors long Bitcoin, the price would rise in an upward spiral, squeezing the market maker out of their short position. By having to cover their position, the market maker is forced to then purchase long contracts.

A gamma squeeze leads to hyper-volatility since institutions are forced to purchase large quantities of derivatives for their own survival.

Delta vs Gamma: What Is the Difference?

Traders use Greek letters such as “Delta” and “Gamma” to label different properties in an asset class. Delta and Gamma are used together by individual traders and market makers in the derivatives market to calculate their risk factors.

The Delta is used to calculate the deviation between the asset price and the exercise price of an option. If a contract has a delta rating of 0.1, the Delta price of the contract will rise by $0.10 for every $1 rise in the spot price.

Derivative traders do not own the underlying assets, hence the price of options fluctuates according to the spot price.

Gamma is the percentage change in the delta for every dollar of volatility, and a Gamma squeeze occurs when the risk increases on market makers.

For example, a market maker can be long on an asset and issue 10,000 call contracts, or 1 million shares. If their strike price is $100, and the asset is at $80 and dropping, the Delta tells them that they need to de-risk by purchasing short contracts.

To understand what causes a gamma squeeze, picture a drop in deltas for market makers’ risk profile and what they would have to do to de-risk effectively.

How to Spot a Gamma Squeeze?

To spot a gamma squeeze, look for the following things: volume and volatility. The trading community, news, and charts themselves will mention certain assets constantly.

The volume peaks to historic levels during a gamma squeeze, letting traders know that there’s a temporary window of opportunity to capitalize on–with the risk to match.

A gamma squeeze is easy to spot once it occurs because the entire market is talking about it. An example of a gamma squeeze was the short squeeze of January 2021, when Redditors from /R/WallStreetBets (10+ million) decided to go long on stocks that were heavily shorted such as GameStop and AMC Entertainment, causing them to appreciate by hundreds of percentage points. As the hedge funds were forced to cover their losses by buying long calls, the price of these stocks increased sharply.

Hedge funds in the industry had billion-dollar bets that these companies would go bankrupt during the Covid pandemic and shorted them below their fair valuation. 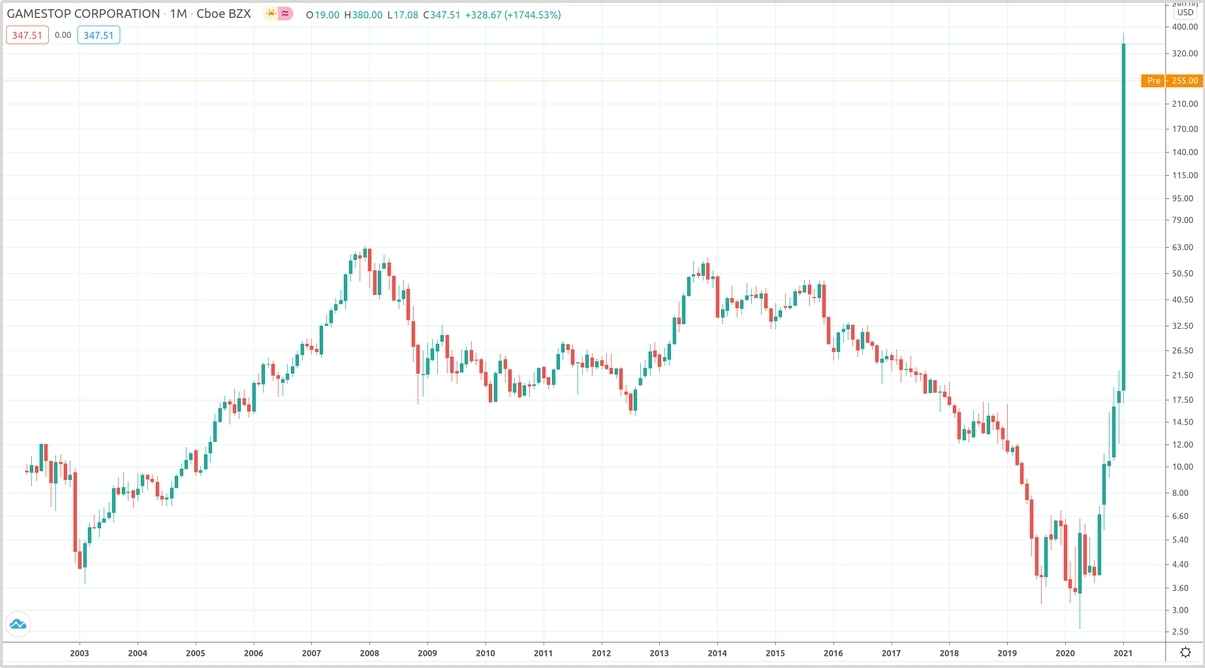 GameStop was shorted from $15 down to $3 and below. During the gamma squeeze, the price of the stock went up to as much as $500 as short-sellers were forced to liquidate or hedge their positions.

However, Volkswagen is one of the oldest and most reputable auto-makers in the world and the company survived. During the gamma squeeze, the stock went up to almost €1,000 and became the most valuable company in the world. The stock then corrected down to previous levels within days. Gamma squeezes also occurred in the precious metals markets. On “Silver Thursday” in 1979, the price of silver appreciated from $6 per troy ounce up to $50, when brothers Nelson Bunker Hunt, William Herbert Hunt and Lamar Hunt hogged nearly one third of the world’s supply of silver and used their position to squeeze shorts on silver.

Gamma squeezes are not common in crypto because market makers such as CEXs and DEXs are mostly aligned in their bullish outlook on Bitcoin. Longs are more common than shorts and large squeezes do not occur as often as in the stock markets.

Short squeezes of smaller magnitude occur daily in crypto, especially near resistance levels. If Bitcoin is holding a psychological level of $20,000, and many traders start shorting it at that point, the long interest might surpass the short interest and lead to a squeeze, driving the price up even higher than $20,000.

How Long Does a Gamma Squeeze Last?

A gamma squeeze can last from as little as a few hours up to months at a time. Gamma squeezes last temporarily because the volume dries off and the prices correct.

For example, during the GameStop squeeze, the initial phase lasted two to three weeks during which the stock peaked out before correcting to a higher low (i.e. GME started at $16, made it to $500, and leveled off at $150). The price has remained stable over the year.

When Volkswagen became the most valuable company in the world in October 2008 with over $370 billion market capitalisation, the gamma squeeze lasted only two days.

As many retail investors saw the potential in squeezing hedge funds and market makers, they started gamma squeezes on other stocks such as AMC Entertainment, and even Nokia and Blockbuster. This extended gamma squeeze spread across hundreds of different companies and lasted for months.

A trader shouldn’t expect that a gamma squeeze will last more than a day prior to an asset correcting. Precautionary measures have to be taken to de-risk during this short period.

How to Trade During a Gamma Squeeze?

Gamma squeezes are risky occurrences that can happen in the trading markets. During a gamma squeeze, the volume is at its highest levels and the risk-to-reward ratio increases significantly.

Gamma squeezes are always temporary, and no matter how bullish we feel about the future prospects of the asset, the volume will eventually dry out and the asset will collapse to a new higher low. Use a fast trading platform and trade with funds you can afford to lose if you ever decide to trade a gamma squeeze.