Launched in 2020, Celo (CELO, formerly cGLD) is a blockchain ecosystem focused on delivering low-cost financial services to communities without access to banking. Currently, Celo trades at $4.32 per token with a circulating supply of 204.7 million, for a total market cap of $883 million. Many in the developed world take access to banking services for granted. If you live in a country such as Australia or the U.S., it is not difficult for you to find a local branch. This is not the case in many developing countries, especially in the more rural areas. For example, 1 in every 3 municipalities in the Philippines does not have access to even a single bank.

Banks have long served as the central point for most financial services. By leveraging the blockchain, Celo aims to “build a financial system that creates the conditions for prosperity for everyone,” regardless of access to banks. In particular, Celo focuses on delivering a lightweight, mobile-first solution that opens up opportunities through decentralized finance (DeFi) and social payments with low gas fees.

In addition to the primary CELO utility token, the Celo protocol is also made up of a variety of native stablecoins that together make up the Celo Stability Mechanism. The mechanism aims to create an ecosystem of coins that track real-world assets such as the USD (cUSD), Euro (cEUR), oil, and more by adjusting token supply to match demand.

In many ways, Celo protocol is very similar to Ethereum (ETH). Celo supports ERC-20 tokens and the use of smart contracts, for which it also uses the Ethereum Virtual Machine (EVM). But unlike ETH, Celo allows users to pay transaction fees in a variety of crypto assets (such as cUSD). The protocol also utilizes a PBFT consensus mechanism for faster block creation, and is made up of light clients, full nodes, and validators: 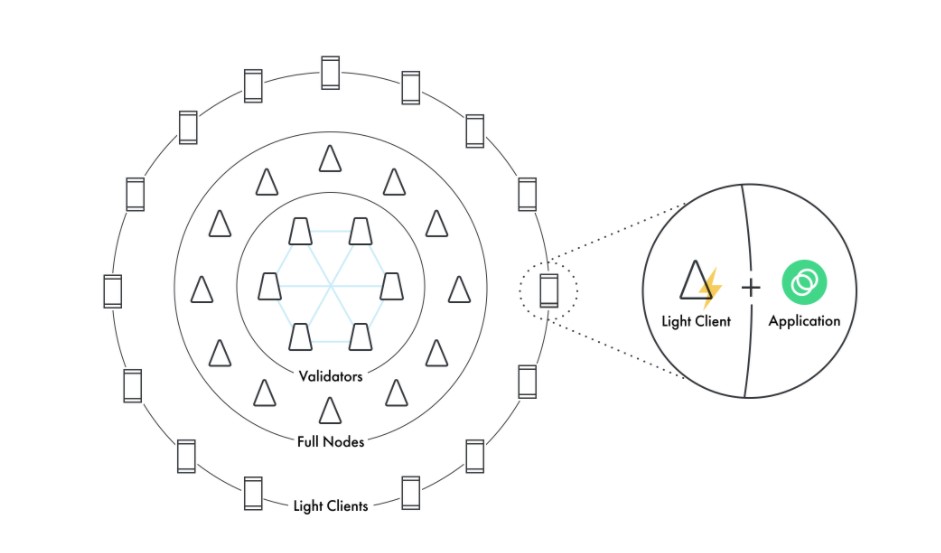 What Does Celo Do?

A core component of Celo’s value proposition is leapfrogging, a process in which developing countries “skip over” inferior, less efficient, or more expensive technologies. An early example of this is China’s mobile-first economy, in which payment apps such as WeChat have completely eclipsed debit card providers.

In developing countries, access to budget smartphones is often easier than access to banking services or even a computer. Innovative transaction networks are direly needed in such regions, many of which suffer from ailing economies or geopolitical instability.

African countries in particular have experienced a huge increase in demand for mobile payments, especially areas where there is no access to ATMs and carrying money is inconvenient and dangerous. Because many of these regions lack established financial players, cryptocurrency adoption is a much easier and more attractive proposition.

Another area where Celo seeks to challenge traditional finance is remittances, which has long plagued overseas communities with its complicated processes and absurdly high fees. Celo lets users send money back home for as little as $0.01 cUSD through the Valora DApp, which has primarily seen adoption in the Philippines and Brazil.

Similar to other mobile payment services, cUSD and cEUR is sent to mobile numbers instead of complicated wallet addresses. Money can even be sent to recipients that don’t have a Valora account, in which case it is stored in a smart contract. The recipient can redeem the contract by registering an account, or the sender can retrieve their funds by cancelling the payment.

As with stablecoins such as USD Coin (UDSC) and Dai (DAI), the Celo ecosystem has also seen adoption in unstable economies located in the global south. These holders see Celo as a way to protect their assets against inflation.

Who Is Behind Celo?

Celo was co-founded by Sep Kamvar, Rene Reinsberg, and Marek Olszewski. Kamvar is a former MIT professor who developed the first efficient algorithm for adding personal context to Internet searches, which was later sold to Google. Reinsberg, who started out in finance, co-founded a machine learning startup with fellow MIT student Olszewski that was later acquired by Internet giant GoDaddy.

Based in San Francisco, the Celo Foundation is a team of professionals with experience in companies such as WhatsApp, Google, Visa, Bank of America, and Capital One. This team is responsible for the continued development of the platform. The Alliance for Prosperity, a separate entity made up of 100+ Celo investors and partners, is responsible for promoting and expanding Celo applications.

Alliance members have worked to facilitate adoption in areas such as providing aid through Filipino NGOs with cUSD, issuing business microloans in Colombia, and hiring underemployed Kenyan through smartphone microtasks. Celo has been a significant draw for institutional investors, many of whom envision it becoming a more regulatorily friendly Diem (formerly Libra). The project has raised over $56.5 million in funding from big-name crypto investors including Andreessen Horowitz, Polychain Capital, and Electric Capital.

CELO has risen significantly since the start of the year. The token went from $1.48 on January 1 to $4.32 on April 17, representing an increase of around 291%. The token’s price has stabilized over the past week, with a slight 2% correction. The token ranks #150 in terms of volume.

Since the launch of its mainnet in April 2020, Celo’s gradual growth can be attributed to increased interest in DeFi and its significant institutional backing. The token’s recent stabilization is likely due to a dry spell  of announcements and partnerships since the launch of Valora.

Celo has a capped supply of 1 billion tokens. Because the project was envisioned as a way to facilitate worry-free transactions, 120 million CELO has been earmarked for the protocol’s stability mechanism reserve to balance the price of its stablecoins.

What Is the Future for Celo?

In many ways, Celo is treading down an old path. The dream of a lighter, more transaction-friendly cryptocurrency has existed since Bitcoin’s scalability problems became obvious.

Many of Celo’s institutional backers were also investors in Diem, a project that can only be described as a regulatory disaster. Worries over Facebook’s influence drew stiff resistance to the project. This would eventually lead to an exodus of many of its major partners, including payment processors such as Mastercard, Visa, and Stripe.

Plenty of projects already do what Celo claims to do. These days, it’s likely harder to find a token that doesn’t offer low gas fees and a scalable protocol. In terms of growth, the Celo protocol sets itself apart by introducing the protocol to areas less penetrated by traditional finance.

In February, Celo launched “Batch 3” of the Celo Camp program, a virtual incubator designed to facilitate the development of DApps on the protocol. Previous iterations of the program have given out a total of $1 million and spawned payment services targeting Africa (Pesabase, Paychant) and Japan (Mugglepay).

While adoption of stablecoin and smart contracts have increased over 2020 and early 2021, Celo still has a long way to go in cultivating developer talent and building a DApp ecosystem. Despite the protocol’s impressive funding, Celo has invested much less into incubation programs than many of its counterparts.

By replacing intimidating crypto wallets with phone number public keys, Celo hopes to facilitate mobile payments for billions of smartphone owners in emerging markets – especially those without access to banking. The question is not so much whether the potential is there, but rather whether Celo can tap into it.

Having just launched Valora a few months ago, Celo is still in its early days. Given the protocol has yet to create much of an ecosystem, its fortunes may very well rest on the DApp. On the other hand, Celo’s accessibility and ease of use give it an advantage over other DeFi offerings, which can be daunting, especially to the uninitiated.

Another Celo strength is the protocol’s experienced team and strong institutional backing. The protocol has managed to raise a truly impressive amount of capital given its age, although its funding is largely directed towards research rather than building applications.

At the moment, the protocol hosts 317,000 addresses and has processed a total of 4.2 million transactions. While these are still fairly small numbers compared to similar projects like Solana (SOL), Celo’s deep pockets and connections to the finance industry may help it win out in the end.

← Vitalik Buterin: All you need to know about the ETH inventor
The Kimchi Premium Explained: A Crypto Market Phenomenon →
About