What is Ankr Network: A Decentralized Node Hosting Solution

Launched in 2018, the Ankr network (ANKR) is a decentralized and distributed cloud computing platform that provides accessible and affordable blockchain node hosting solutions. The ANKR token trades at $0.064 per token with a circulating supply of almost seven billion tokens, for a total market cap of $448 million. 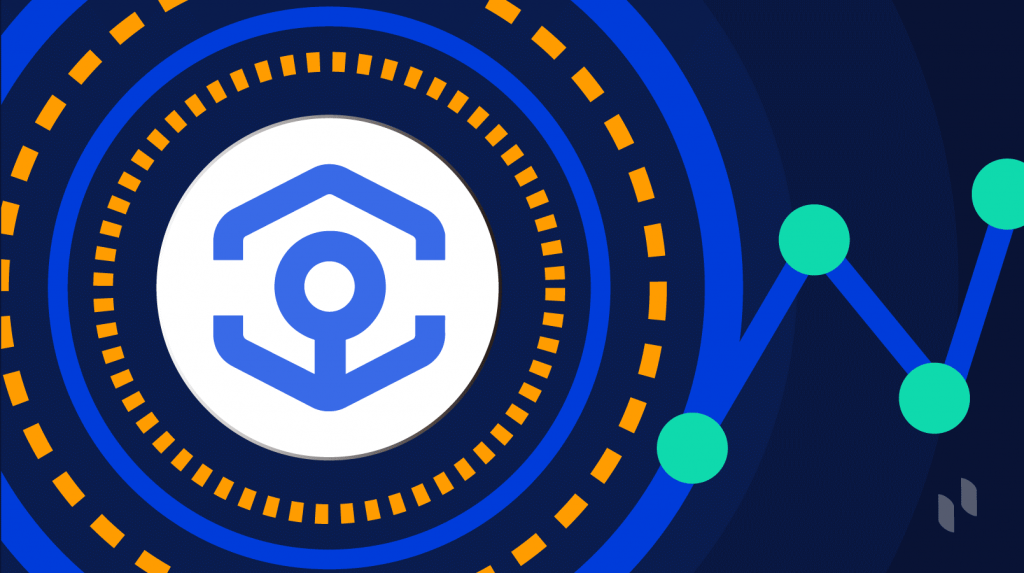 What Does the Ankr Network Offer?

The Ankr network started as a platform aiming to help developers and enterprises deploy blockchain nodes at a cheaper cost than public cloud providers like Amazon and Microsoft. The network has since expanded to offer the following services:

How Does the Ankr Network Work?

The Ankr network operates by using resources that would have gone to waste — specifically, idle computing power from underutilized data centers. This environmentally friendly, decentralized method is what allows the network to facilitate node deployment at a cheaper cost. In addition, the Ankr network consumes little power, possesses a system of trusted oracles, and avoids scalability issues. The core features that allow the network to do so include the following:

The Ankr network is powered by the ANKR token, which serves as the network’s storage of value and is the native governance token. Users on the network utilize ANKR as payment for fees and services such as node deployment and API services. The network also offers ANKR as mining rewards to encourage users to provide idle resources to the network for computation purposes. In this way, the network creates a self-sustainable ecosystem with the token as the basis.

How Is Proof of Useful Work Different from Proof of Work?

Proof of Work (PoW) is one of the most common consensus algorithms. Blockchain giants such as Bitcoin (BTC) and Ethereum (ETH) utilize the PoW algorithm for transaction verification. In a PoW system, the validator that offers the highest mining performance has the highest chance of winning the block reward. However, as PoW systems lack a trusted proctor, miners can only claim the reward after solving complex hashing problems. Moreover, PoW requires an incredible amount of computing power to validate new blocks, thereby wasting energy.

The Proof-of-Useful-Work (PoUW) method introduced and implemented by the Ankr network is more energy-efficient than PoW, and improves upon the PoW incentive system. Simply put, the PoUW system utilizes idle resources to execute useful computation. The users (also called miners) provide idle computing power and receive incentives for computing various tasks requested by other users. Unlike a PoW system, the PoUW system has trusted proctors that monitor the computation actions. The trusted proctors randomly give additional rewards in a predetermined time period, so those with higher computing performance in that time period have a higher chance of receiving rewards. In short, the PoUW system incentivizes every user that works and gives high performers the chance to earn even more.

Who Is Behind the Ankr Network?

Chandler Song, Ryan Fang, and Stanley Wu co-founded the Ankr network in November 2017 at the University of California, Berkeley. The three students came up with the idea to create a truly distributed cloud computing platform by leveraging the Proof of Useful Work consensus algorithm.

Song studied Electrical Engineering and Computer Science at UC Berkeley. Before co-founding Ankr, he worked as a software engineer for Amazon and co-founded Bounce, a marketplace for financial auctions and non-fungible tokens (NFTs). Song is currently Ankr’s CEO.

Fang studied Business Administration at UC Berkeley and was Song’s roommate. Before Ankr, Fang worked as an investment banker at Morgan Stanley. He is currently Ankr’s COO.

Wu holds an MS in Electrical and Computer Engineering from the University of Rochester, as well as a Certificate in Database Management from UC Berkeley. He is an experienced software engineer who previously worked for Amazon and contributed to Alexa.com, one of the top websites offering web traffic data and global website rankings. Wu is currently Ankr’s CTO.

From May to July 2018, Ankr held three private token sales, raising BTC and ETH funds worth about $1.6 million. Ankr also raised around $15 million from investment institutions such as Danhua Capital, Pantera Capital, and NEO Global Capital in a financing round held in June 2018. In the same year, Ankr had a one-week public sale in September where it sold ANKR at $0.066 per token and raised $62,000 in BTC and ETH.

At the start of 2021, ANKR traded at a price of under $0.01. The price grew slowly through the first two months of 2021. Following news of the project becoming a Binance Smart Chain (BSC) validator, ANKR’s price received a boost on March 11, increasing by 700% to $0.07.

A few days later, after news of a major cryptocurrency exchange listing, ANKR surged to its all-time high of $0.19. ANKR then traded in an almost-sideways trend until May, at which point the price dropped to around $0.06. This drop can be attributed to the negative headlines regarding Tesla and Chinese government regulation, which affected the overall cryptocurrency market.

ANKR ranks #106 by market cap. It has a capped supply of 10 billion tokens, of which almost seven billion are in circulation at the time of writing. Ankr allocated 40% of the total supply as mining and community rewards, 30% of the total supply for private sale, and the remaining for the team, advisors, public sale, and marketing.

What Is the Outlook for the Ankr Network?

The Ankr network has plenty of strong collaborations. It has deployed more than 8,000 nodes and partnered with various blockchain projects, such as Acala (ACA), Polygon (MATIC), and Avalanche (AVAX), to enable one-click node deployment and hosting services. The project has also partnered with blockchain-based platforms, such as music streaming platform ROCKI and content marketplace Gather Network, by hosting their nodes on the network.

Lately, the Ankr network has been expanding into the decentralized finance (DeFi) field. The project started to offer liquidity farming in December 2020, moving away from being only a node hosting platform. Other than providing staking and liquidity farming, the Ankr staking platform is also collaborating with other platforms for DeFi services such as trading, lending, and asset collateralization for stablecoins. Currently, the Ankr staking platform only offers ETH staking, but it plans to launch more synthetic assets eventually.

Compared to public cloud providers, the Ankr network offers a cheaper alternative for developers and enterprise clients looking to deploy blockchain nodes. To achieve this, the network uses idle resources from data centers and its Proof-of-Useful-Work consensus algorithm to provide computing power to solve complex hashing problems. The network then uses its ANKR token to incentivize these data centers that provide computing power. Since its launch in 2018, the Ankr network has deployed thousands of nodes and partnered with various reputable blockchain projects.

In addition, the network has expanded beyond node hosting by introducing ETH liquidity farming. Users can stake ETH and receive an equivalent amount of aETH, a synthetic asset that users can exchange for other DeFi services. Overall, the Ankr network has plenty of room to grow as it introduces more synthetic assets and DeFi services into its ecosystem.