What Is Ampleforth’s Governance Token: FORTH completing AMPL

Ampleforth is an Ethereum-based decentralized finance (DeFi) platform operating a supply-adjusted stablecoin, AMPL. In addition to AMPL, Ampleforth has a governance token, FORTH, which gives its holders the right to vote on the protocol’s development issues and decentralization mechanism.

Ampleforth launched in 2018 with AMPL only. The FORTH token, introduced in April 2021, is a relatively new development for the platform. FORTH trades at $15.10 per token with a total supply of 15 million tokens, of which around 8.4 million are in circulation. This gives the token a total fully diluted market cap of around $227 million, and a market cap based on the circulating supply of approximately $127 million. 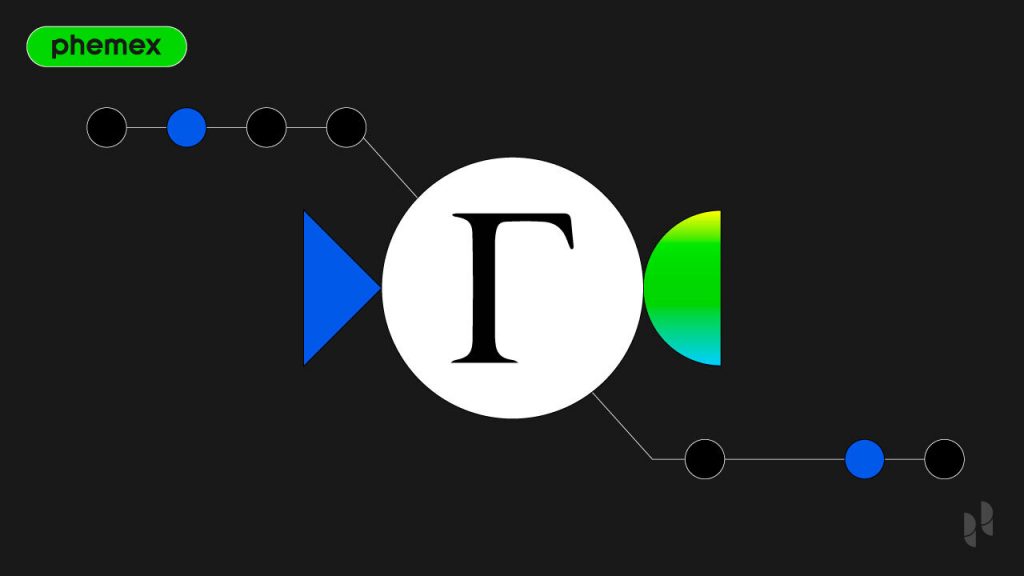 Since its launch in 2018, Ampleforth had only one token, AMPL, until April 2021. AMPL is a stablecoin pegged to the USD. Unlike most other stablecoins, AMPL’s parity with USD is achieved not through user deposits and transactions, but through the platform-maintained supply adjustment.

Every day at 2AM UTC time, the protocol evaluates rate fluctuations between AMPL and USD. If the rate is stable at 1:1, no supply event is triggered. If AMPL rises above USD, new supply is minted to bring AMPL back to parity with the greenback. If AMPL depreciates against the USD, some supply is burned to maintain the parity.

FORTH acts as the governance token of Ampleforth. Governance tokens give their holders rights to vote on important decisions affecting the future direction of the platform. Ampleforth publicly stated that the key function of FORTH is to let its holders vote on changes to the protocol, and specifically, to aid in the further decentralization of Ampleforth.

The main goal of the dual model was to separate the transactional stablecoin of the protocol, AMPL, from the governance functionality, a scheme applied earlier at a number of stablecoin platforms, most notably Maker DAO.

What Is FORTH Supply?

FORTH was launched with a total supply of 15 million tokens. As per the token specifications, after the initial one-year period, starting from April 2022, FORTH will have a target inflation rate of 2%.

At the launch, FORTH was made available to users who had transacted using AMPL tokens. A number of factors were taken into account to determine how much FORTH each eligible wallet is entitled to. Two key factors are transactions using AMPL and activity in the Geyser Liquidity program.

Under the Geyser program, Ampleforth rewards users who stake their funds to AMPL pools at selected exchanges. More active staking under this program was taken into account when calculating the amount of FORTH for a user.

How to Claim FORTH?

Around 75,000 users are eligible to receive FORTH, and they have until April 16, 2022 to claim the tokens. Ampleforth stated that any unclaimed FORTH past this date will be transferred to a community-run decentralized autonomous organization (DAO).

Of the entire 15 million tokens at the launch, 67% were made available to users of the platform, while 33% went to early backers of the platform. These included the development team, platform advisors, and the Ampleforth Foundation.

How Does Ampleforth’s Governance Work?

The introduction of FORTH is an important milestone for the Ampleforth project. It shows that the platform takes the issue of governance seriously enough to dedicate a token of its own to it.

To the credit of the platform, Ampleforth has a detailed and transparent governance process publicly available online, something that many other platforms, even those with governance tokens, simply do not have.

Governance at Ampleforth is a detailed 6-stage process with the following structure:

The first stage is when ideas related to the protocol are actively discussed in public sources such as Social Media, Ampleforth’s Governance Discussion Forum, or community DAOs. If an idea gets enough initial support, it can be formulated as a proposal and the process moves to the 2nd stage.

At this stage, a formal proposal that outlines all the technical details of the idea is prepared. There are two types of proposals on the platform:

Stage 3 – Targeted Discussion on the Forum

The formal proposal from stage 2 is then discussed in a dedicated topic on the Governance Forum. Any outstanding issues or clarifications are addressed during this stage.

If the third stage still has not resolved all the outstanding issues, obtaining feedback from token holders via off-chain discussions or preliminary informal voting via Social Media may be used. Such discussions may provide a good indication of the final vote outcome.

Ampleforth has a dedicated page on its website to keep track of the discussions at stage 4.

Ideas that successfully pass the first four stages are technically implemented on the testnet, where they are tested and audited.

After the technical tire-kicking process in stage 5 is over, the idea proceeds to the final stage — the formal on-chain governance vote. This is where the platform participants use their FORTH tokens to “cast their votes.”

Ideas that are accepted during the vote are implemented automatically on the platform, without the need for additional action by any platform entity.

Who Is Behind Ampleforth and FORTH?

Ampleforth, the platform FORTH resides on, was founded in 2018 by two San Francisco-based blockchain technologists — Brandon Iles and Evan Kuo. Kuo acts as the platform’s CEO.

The company has attracted nearly $10 million in venture capital (VC) from 1 individual and 10 institutional investors over 4 rounds of funding. The first funding round was in March 2018 for a total of $3 million. During this foundational round, True Ventures, a VC firm investing in early-stage technology startups, acted as the lead investor.

The platform is managed by the Ampleforth Foundation, a team of blockchain technologists, analysts, and investors. At the Foundation, Kuo looks after product development and relations with VC, while Iles oversees the system’s architecture.

FORTH’s launch in late April this year coincided with the developing overall crypto market bubble. During its first month, FORTH traded mostly around the range of $30 to $40. As the market bubble deflated, the price dropped to a more sustainable level of around $15 to $20.

Since late May, FORTH has been notably stable, trading largely within this range.

What Is the Future of FORTH?

Is Ampleforth a Good Investment?

The expected relative stability for FORTH is already evident from the past few months of its price history. Barring very significant market developments affecting the Ampleforth platform, FORTH is likely to keep showing relatively stable performance.

FORTH is the governance token of the Ampleforth DeFi platform. Introduced in April 2021, FORTH resides on Ampleforth along with the platform’s transactional stablecoin — AMPL. Around 75,000 Ampleforth users have the right to claim FORTH until April 2022.

The amount of FORTH these users are entitled to claim is determined via a formula where the two key factors are past transactions on the platform using AMPL coins and the level of activity in the Geyser liquidity program — Ampleforth’s program of rewarding users for staking their funds at AMPL-based liquidity pools of some cryptocurrency exchanges.

FORTH entitles its holders to participate in the platform’s governance by voting on important decisions affecting the future direction of Ampleforth. Specifically, Ampleforth intends to increase the level of its decentralization using voting-based consensus.

Ampleforth has a well-structured 6-stage process of discussing any changes to the protocol. When a change request passes the first 5 stages successfully, FORTH holders cast their votes on the proposed change. If the majority is attained during the vote, the change is automatically implemented by the protocol.

The platform is managed by the Ampleforth Foundation, a team of blockchain technologists and entrepreneurs led by Evan Kuo and Brandon Iles, the co-founders of the protocol. To date, Ampleforth has managed to secure VC funding of nearly $10 million.

Being a governance token, FORTH has largely been stable throughout the last few months, ever since the April 2021 cryptocurrency market bubble subsided. It is expected that the token will continue to trade in a more stable way compared to many transactional tokens on the market.