What is a Zero-Sum Game? The Truth about Crypto Trading 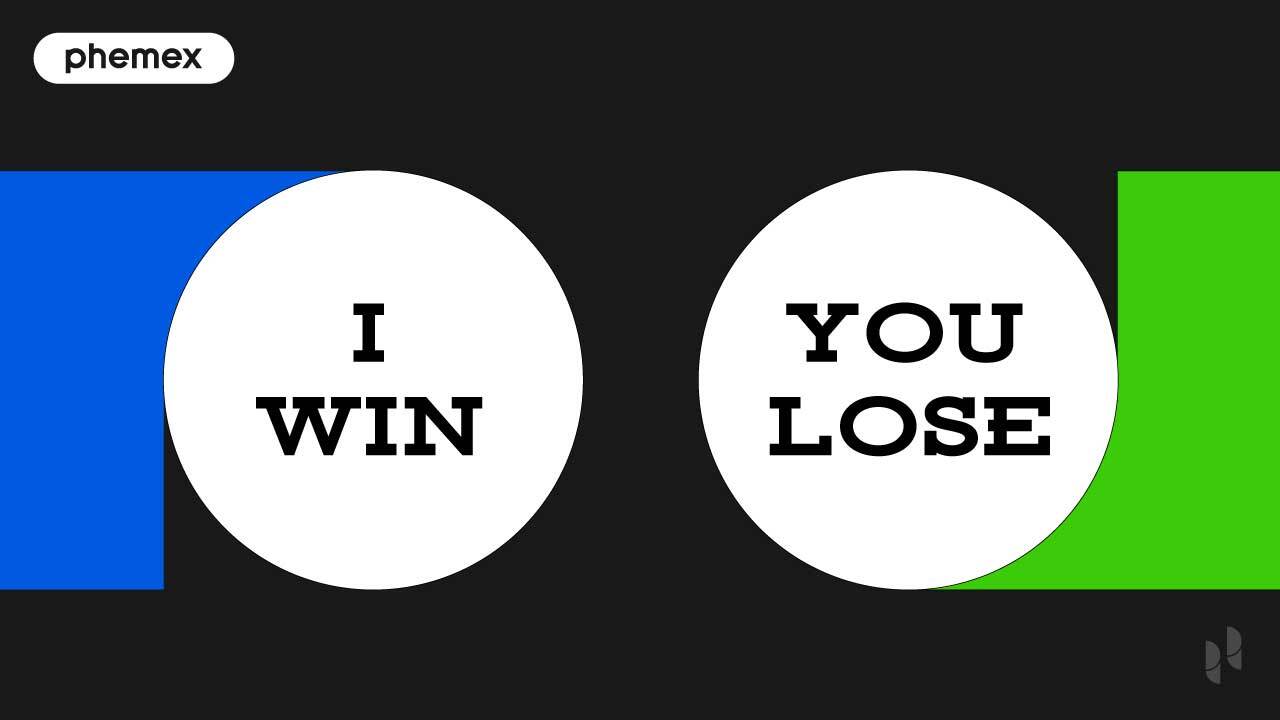 In the iconic 1987 trading movie “Wall Street”, the protagonist asked Mr. Gekko, the infamous trader, “How much is enough? How many yachts can you water ski behind”? He replied, “It’s not a question of enough, pal. It’s a zero-sum game. Somebody wins, somebody loses. Money itself is not made or lost–it’s simply transferred from one person to another”.

In crypto and speculative markets at large, many critics who are skeptical of the industry claim that it’s a “zero-sum game”. Are Bitcoin (BTC) and alts trading actually zero-sum games where people win at the expense of others? The short answer is no, but there are exceptions. Think of zero-sum games as a game where the victory of one person is the equivalent of a loss of another person. Some philosophers claim that life itself is a zero sum game, because no matter how much we gain in our lifetime we will all eventually die which means we will lose everything.

What Is a Zero Sum Game?

A zero sum game is one in which a participant wins at the expense of another. A good zero-sum game example is poker. When someone wins the game, they take the money from other participants. In poker games, players are rarely playing against the house and it wouldn’t make a difference if they weren’t. As such, the sum of the amounts won by some players equals the combined losses of the others; this is why it is a zero-sum game.

The term “zero-sum” cannot be used to describe situations in which there is no winner. If there is no clear victor and everyone ends up losing, this is not a zero-sum game, this is a lose-lose game.

The opposite of a zero-sum game is a “win-win” or “lose-lose” game. If two parties engage in a trade and one sells an asset to another, they are both happy because neither results in a loss: Person A sells an asset and cashes out, while person B purchases an asset they believe will give them higher returns in the future. People that are bullish on crypto trading tend to believe that it’s a win-win game.

Based on this meaning of zero-sum, we can analyze the current state of the stock and crypto markets to determine if they bait speculators into a zero-sum game.

Is Investing A Zero Sum Game?

Investing is not a zero-sum game. While it is true that institutional investors (or centralized exchanges in crypto) control the vast majority of the liquidity and the assets, retail investors can make a profit without experiencing a total loss.

People who are skeptical of the stock market or the crypto market tend to believe that only people at the top who pull the strings can make a profit, and for the rest of us (i.e. the retail investors) trading is a zero-sum game because we lose everything and they win everything. However, this could not be further from the truth.

Example of a zero-sum game in investing

When people create a company, they sell their stock because they need money for something else. For example, the founders want to buy more equipment for a factory. Investors give the founder the money they need in exchange for their stock, and they get the money they need to grow the company which in turn makes the stock appreciate. This is a win-win game, and this is how markets function.

Here’s how to simplify it: Every time someone is selling, another person is buying. No matter how far down the price of an asset is crashing, there will always be people buying. Conversely, whenever an asset is at its peak and making all-time highs, there are people selling despite the fact that it’s going up at the moment. The seller or the buyer does NOT end up losing everything in either situation. This means that trading itself is not a zero-sum game.

Note: There are certain exceptions for futures and contract trading.

Is Crypto a Zero Sum Game?

Crypto is a lot more volatile than stocks and everyone who’s been in crypto for more than a few months has witnessed at least one cryptocurrency go -99%. We’ve all heard stories about Bitcoin crashes and how people lost their life savings in crypto or became millionaires overnight. This begs the question: “Is Crypto a zero sum game”? As there are different answers based on the trading style, we will answer them all here.

Is Bitcoin a zero sum game?

Bitcoin bought on the spot markets is not a zero-sum game. If a trader buys Bitcoin at the spot price, they own the Bitcoin and they can sell it back later. Even if they don’t make a profit, they can sell at a loss and re-coup part of their losses later on. Bitcoin has gone up millions of percentage points in the last decade and virtually everyone who bought at the market peak were in the red for a while, but eventually recouped everything. For example, people who bought the $20,000 top during the 2017 peak were at a loss for three years and later made a 3.5x return when Bitcoin made a new all-time high at $69,000.

People who sell Bitcoin do not cause a total loss for people buying it, which means it can’t be a zero-sum game by definition. It is a win-win scenario because both parties willingly engage in the trade and the person selling does not necessarily end up in a better position than the person buying or vice versa. If Bitcoin is crashing and people are panic selling, the people who sold first might win the game, but the people who buy the bottom and wait for the recovery win more than the people who sold the bottom. This is where skills and risk levels come into play.

Is futures trading a zero-sum game?

Futures trading is a zero-sum game because futures have an expiration date. Crypto traders who buy futures are taking on leverage from the exchange to increase the amount of money they’re trading with, while simultaneously increasing their risk exposure. On an exchange such as Phemex, a person trading futures would not buy Bitcoin itself but they would buy contracts that are priced differently. Those contracts obtain value from the spot price of Bitcoin.

The trader agrees to submit collateral if their position on the trade is wrong and the exchange agrees to pay a sum that is higher compared to their initial if their position is profitable. There are exceptions to the zero-sum rule here. While the answer to the question whether futures/options trading is a zero sum game is yes – due to the expiration date, there are ways traders can avoid losing everything. For example, if a trader sets a stop loss, the system would cash them out at a certain point and they wouldn’t lose all their assets so it is technically not a zero-sum game.

Leveraged tokens are a new development in the crypto world and they allow traders to purchase tokens with 3x, 5x, or higher leverage in both directions: long or short. If a person invests $100 in a leveraged token with 3x leverage, it is similar to trading futures contracts with 3x leverage. For every 10% the crypto goes up, their position goes up 30%. Likewise, for every 10% loss their crypto goes down 30%.

This means leverage tokens are not a zero-sum game because they are win-win and they don’t have an expiration date. Leveraged tokens are similar to spot trading in this respect. The only downside is that they increase the risk exposure for traders and they are not advised to hold onto them for more than a day.

When Is Crypto Actually a Zero-Sum Game?

Outside the conventional futures/options trading whereby the trade has to be settled at a certain date and either the exchange or the trader wins, crypto can be a zero-sum game when there is a “rugpull” or a massive downturn in the market.

Example of a zero-sum game in crypto

For example, there are over 300,000+ ERC-20 tokens on Ethereum (ETH) alone. Among the tens of thousands of tokens, some were created with the intention of scamming people by baiting them into purchasing a coin and then draining the liquidity for that coin on a decentralized exchange (DEX). In this case, the developer of the coin wins at the expense of speculators and it is a total loss for them.

The crypto market is taking active steps to reduce the impact of zero-sum scenarios on users. Most exchanges offer manuals on setting “stop losses” that can help traders cash out early without losing everything. This prevents them from the total loss scenario of poker or any other zero-sum game.

Crypto is more volatile than stock markets and traditional commodities markets which is why traders are advised to trade with caution. If traders are using decentralized exchanges to trade new tokens, they face an increased risk of losing everything compared to investing in proven crypto such as Bitcoin and Ethereum. The bottom line is that crypto trading is not a zero-sum game, but there are nuances in the trading styles and risks we’re taking on in every scenario.