USDC vs USDT: Which Is The Better Stablecoin to Use? 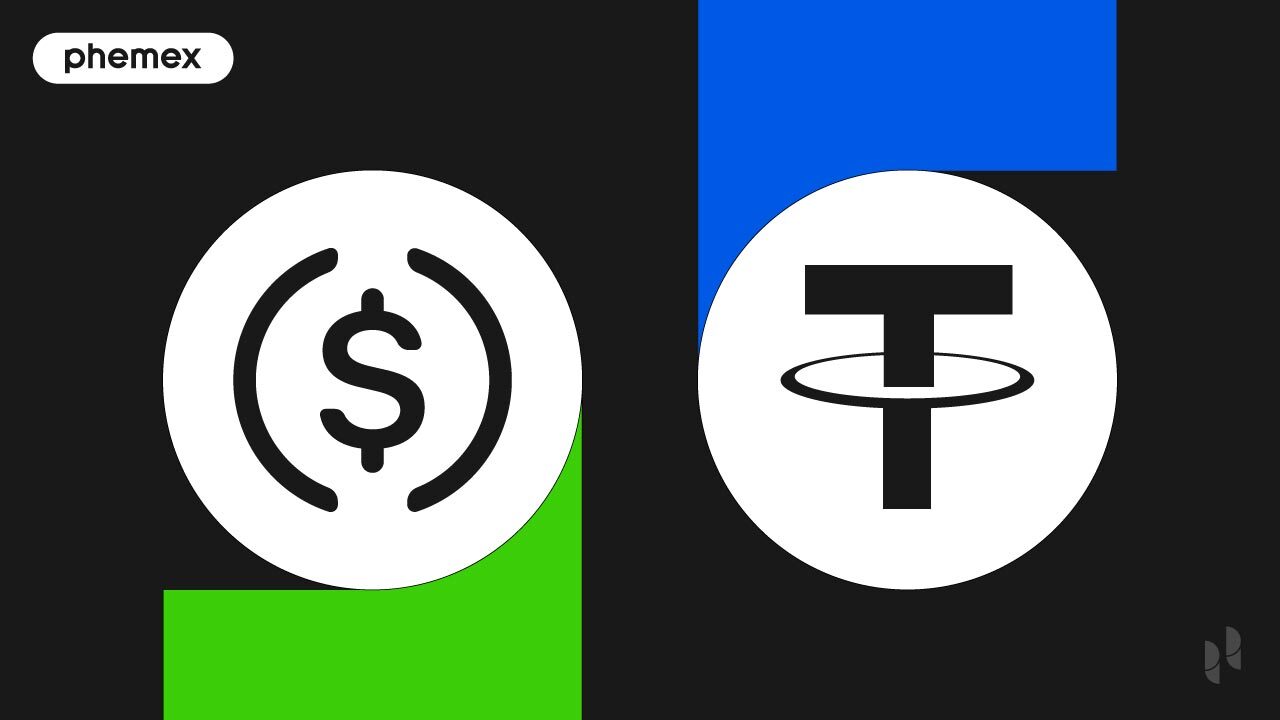 USDT vs USDC (Tether vs USD Coin): What are the similarities?

The main similarity between USDC and USDT is that they are both stablecoins. In fact, they currently have a combined share of over 80% of the stablecoin market, making them the most stable stablecoins currently in circulation. These two coins, whilst different in certain aspects, have key similarities to one another:

They are both Stablecoins

USDT and USDC maintain a one-to-one ratio with their reserve asset, the US dollar. This theoretically means there can never be more tokens in circulation than there are US dollars tied up in the either company’s network.

To operate, USDT and USDC are both Ethereum (ETH) compatible. This means that, while each is issued by its own separate company, they both use the same key computing processes to verify transactions, while bringing security and stability to their platforms.

Because they operate on the Ethereum network, both USDC and USDT are fully transparent, allowing their users to participate in network security.

Both stablecoins were specifically designed to transfer money across borders quickly and easily. This can be done without any middleman or worries about operative times in each timezone, thanks to Ethereum’s fast blockchain network.

There are more similarities between USDC and USDT than differences. However, perhaps the most important aspect of understanding these two currencies is found in the differences that lie between them.

USDT vs USDC (Tether vs USD Coin): What are The Key Differences?

While it is undoubtedly true that both USDT and USDC share many attributes, there are some key differences that should be understood before deciding to trade with either.

USDT has been around for a lot longer than USDC — or even most other cryptocurrencies, for that matter. USDT was launched in 2014, whereas USDC was first issued in 2018. While this does of course mean that USDC uses far more modern applications in order to achieve optimal performance, it also means that USDT has far more widespread adoption and financial backing.

Where USDT is based upon a single blokchain (Ethereum, as seen earlier), USDC uses multiple blockchains for operational purposes. USDC is based upon the Ethereum network too, as previously mentioned, as well as the Stellar, Solana and Algorand blockchains. This means that USDC can potentially use the advantages of several networks rather than just one. However, it does also mean that their currency is less localized than USDT, which can result in confusion.

Despite the fact that both currencies are based upon the same wealth structure (US dollar), there have been some issues with this system. While USDC has maintained a stable 1:1 ratio, economists and investors alike have raised suspicions that Tether (USDT) may not have enough dollar reserves in their accounts to back the currency they have issued. This has resulted in the slight inflation of the USDT token price, which destabilizes the company’s claims of being a true stablecoin.

Stablecoin “volume” refers to the total amount of trades occurring in a set amount of time. “Liquidity,” on the other hand, refers to the number of coins available for trading at the set price (which is $1 in both these cases). Typically, the higher the volume, the easier it should potentially be to trade your coins in a rapid and reliable fashion. USDT has a much higher trade volume than its competitors due to its comparatively high adoption rate. USDT’s trade volume is over $54 billion, whereas USDC currently sits at around $4 billion — which should serve as a marker of popularity, if nothing else.

Now that the similarities and differences between USDT and USDC have been explored to some degree, it’s time to explore the advantages and disadvantages of these disparate systems.

For some investors, the pros vastly outweigh the cons, but for others the exact opposite is true. The simple fact is that there is no “correct” way to trade. Different situations call for different strategies, and an investor’s capital pool and risk for appetite can influence trade decisions beyond the individual merits of any currency, digital or otherwise. That being said, these merits still hold value when it comes to building a coherent trade strategy:

There are other benefits commonly associated with stablecoins too, such as quick transactions, high availability, and relatively low transaction costs when compared with other forms of crypto. However, as these can be subject to change dependent on the platform you use to interact with USDT or USDC, the focus should probably be on the more dependable stablecoin advantages.

Despite the fact that blockchain technology aids transparency, there are still ways for companies to hide certain crypto movements and effect the value of the currency as a whole. Tether (USDT) in particular has come under fire in the past for managing to avoid audit, or at least being suspected of cheating the system. While unproven, this should serve as a reminder to investors that even stablecoins are not free from certain shady activity. It is absolutely vital to conduct due diligence when thinking of making a stablecoin investment. Other potential disadvantages include:

It is important to remember that liquidity is the main indicator of how easily a cryptocurrency can be exchanged or converted back into to fiat. In this regard, USDT has a massive advantage over USDC, due to its much larger user base and superior experience in the world of crypto. However, given the head start that USDT has managed by being four years the senior of USDC, it is subjectively impressive how quickly they have managed to gain on their more venerable rivals.

Who Is Behind USDC and USDT?

Of course, another key difference between USDT and USDC is their origin. Both tokens were conceived of and launched by different companies, each with a different history of their own:

While at a glance it might appear obvious that USDC is far superior to USDT, this is unfortunately not as simple as it may at first seem. As mentioned before, the correct token to choose really comes down to what you want from your investment, and what strategy you intend to employ. However, it is important to remember that transparency remains key for all forms of cryptocurrency. If the future is to head in the direction of decentralized finance, then it is of utmost importance that companies shift toward a higher degree of accountability. Only then will cryptocurrency truly begin to challenge traditional finance and cement itself a place to stay in the world of trade forever.