Many cryptocurrencies like Bitcoin were created to solve the problem of ever-inflating money. In particular, Bitcoin employs a halving schedule where every 210,000 blocks mined a halving event occurs, which cuts in half the rewards paid out to miners. The last halving took place in 2020 and it reduced the miner reward to 6.25. The next Bitcoin halving is predicted to take place in 2024, and it will result in the miner reward being reduced to 3.125. 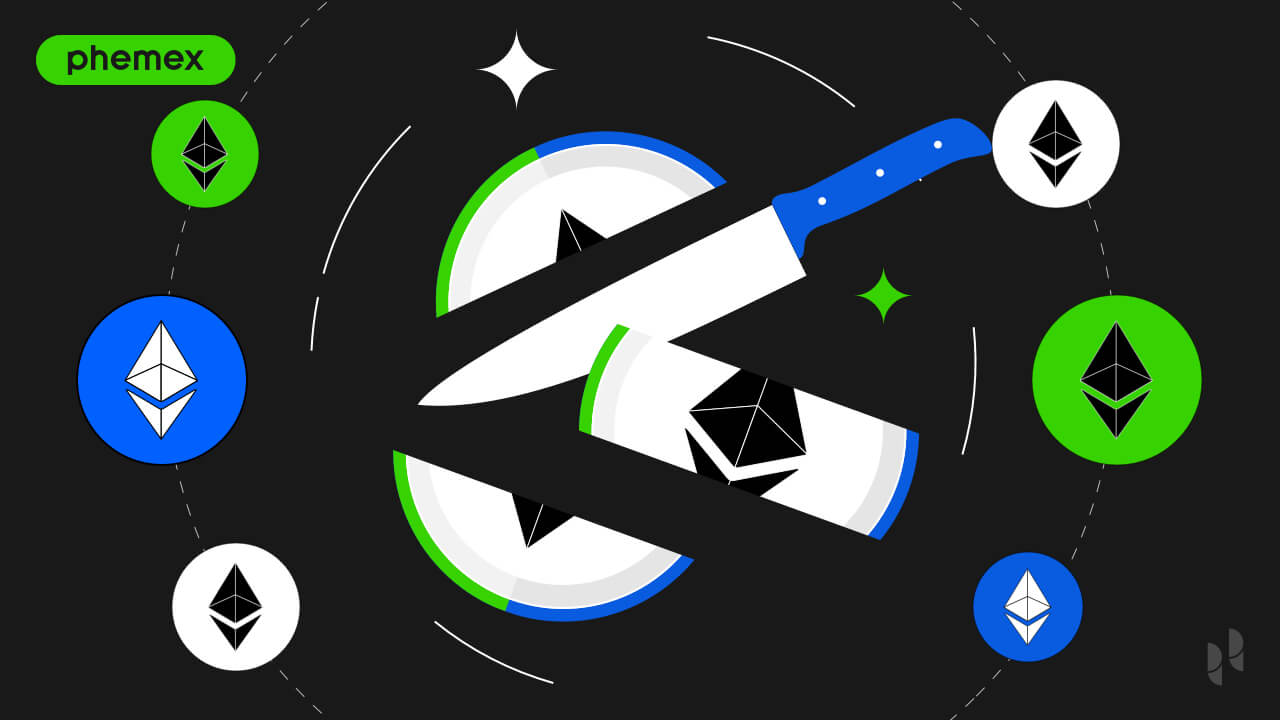 However, Bitcoin isn’t the only cryptocurrency that has a tokenomic model set in place to control inflation. Ethereum is another big hitter that also is programmed to be deflationary. One theory in particular, which was drafted by Nikhil Shamapant, called the Ethereum Triple Halving, is the halving mechanism by which Ethereum becomes a deflationary asset.

In Nikhil’s own words, the Ethereum Triple Halving is an analysis of financial flows to model the way Bitcoin moves as a result of the halving event and forecast what will happen to the price of Ethereum by January 2023. Nikhil’s thesis on the triple halving was released in 2021, so it’s over a year old, but now has come back into relevance after the Ethereum network’s successful Merge.

In simpler terms, the Ethereum Triple Halving isn’t a Bitcoin-like halving where miners get their block rewards reduced in half, it’s in fact a tri-fold financial modeling of the Ethereum supply where the supply is being reduced in three difference ways – first, from less ETH issuance to pay miners, second, from the protocol’s burning mechanism, and third, from staking.

So let’s go one by one and show how each of these factors put together make of the Ethereum Triple Halving.

The first pillar of the triple halving is the rate of issuance of ETH to the network’s miners. Before the Merge, the ETH annual issuance rate was about 4%, and this refers to the ETH given to miners to incentivize them to validate the network – which can be thought of as paying people to keep the network running (by covering their computer and energy costs). But post-Merge, this issuance rate has fallen to 0%, which essentially means the inflation rate has been cut by 4%, which decreases the supply of ETH being paid out to miners, and on the market in general.

As a result of moving to PoS, securing the network will be more efficient (by requiring little to no inflation), and it will be less costly to achieve the same level of security.

The second pillar of the triple halving is the burning mechanism that was released in the EIP1559 upgrade. EIP1559 resulted in a percentage (70%) of the network’s transaction fees being burned and sent to an idle address (thus the supply will be deleted from circulation). In fact, over 2 million ETH have been burned. The burning mechanism depends on the network’s usage, so the more Ethereum being used the more burning occurs. Burning the supply is hence the second factor that reduces the Ethereum supply.

A reason why this staking features is a part of the triple halving is because its release schedules prevents ETH from being dumped on the market, thus creating a HODLer community that resembles something similar to BTC HODLers. Moreover, staking ETH is a form of supply outflow, which reduces volatility. Ethereum stakers are perceived to be better than Ethereum miners because the incentives are better and more conducive for those interested in Ethereum long-term, rather than the miners who use the currency to depress the price.

Below is a chart of the amount of staked Ether, which is clear that the demand in staking the cryptocurrency is consistent and strong.

First and foremost, it’s impossible to put accurate price predictions on cryptocurrencies. The author of this theory put forward a few price targets – which he said the best case prices are between $30,000-$50,000, with a target peak of $150,000. Given the current environment it seems like Ethereum rising from $1,500 to $30,000 is a stretch, but given Ethereum’s new economics, the price could easily shoot past previous highs and go beyond $5,000, especially as the investor community moves beyond bull market speculation.

Ethereum’s adoption and usage will be the primary driver of the next bull run, and this will only be augmented by the post-Merge financial model.