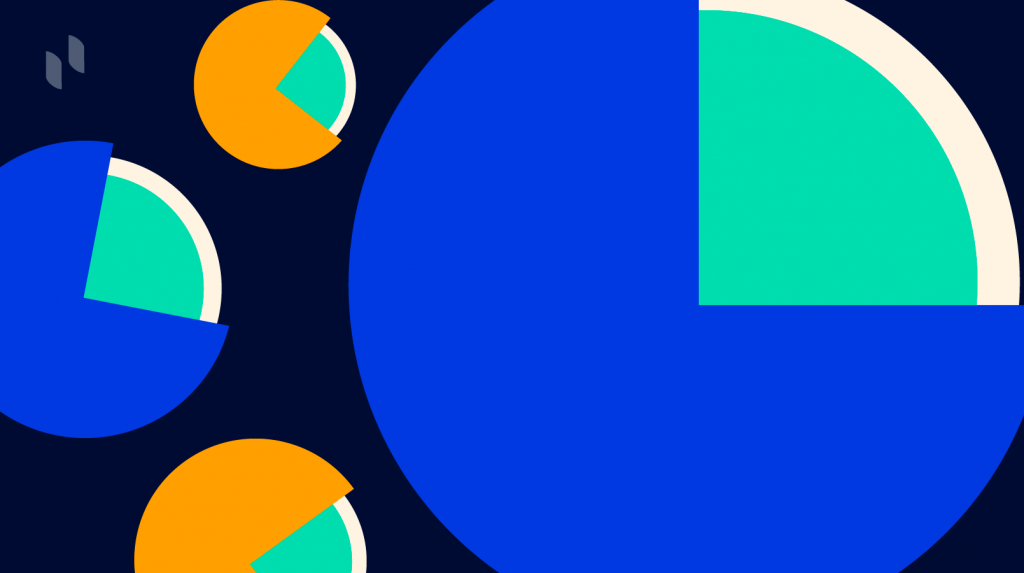 What is the efficient market hypothesis (EMH)?

The Efficient Market Hypothesis (EMH) is a concept in financial economics which states that security prices reflect all the available information about a financial instrument. EMH is one of the most controversial topics in modern economic theory. Assuming the EMH holds true, market prices should only react to new data and information, which would make it impossible for anyone to have the edge over the market.

According to the EMH, individual investors are bound to behave randomly, but the market as a whole is always “efficient” or in this case, “fair.” This would mean that stocks trade at their fair value on exchanges and that it would be impossible for market participants to buy undervalued stocks or sell them at exaggerated prices, forcing them into riskier investments to outperform the overall market.

What are the 3 forms of efficient market hypothesis?

What is the Weak form efficient market hypothesis?

The Efficient Market Hypothesis is split into three different forms. The first is the Weak Form EMH, which says that all historical information is reflected in the price of securities and that fundamental analysis can provide investors with the necessary data to generate returns above the short-term market average.

However, according to the Weak Form, investors cannot rely on technical analysis to make more effective trading decisions, and that fundamental analysis will not help bring more long-term gains.

What is the Semi-Strong form efficient market hypothesis?

Second, is Semi-Strong Form EMH, which believes that neither fundamental analysis nor technical analysis can offer market participants an investing advantage. In addition, it also states that information not easily accessible to the public can aid investors to bolster their returns a notch higher than the general market.

What is the Strong form efficient market hypothesis?

The third type of EMH is Strong Form EMH, which posits that all public and private information is essentially priced into stocks. This is the most extreme form of the Efficient Market Hypothesis, where no data can assist individual investors in gaining the upper hand over the market. However, Strong Form EMH does not claim that investors cannot yield high returns, acknowledging the existence of outliers in the averages.

How accurate is the EMH?

Market efficiency is a simple concept first derived from ideas laid out in American economist Eugene Fama’s research, Efficient Capital Markets: A Review of Theory and Empirical Work, back in the 1970s. It is the extent to which all participants’ decisions in the market accurately follow the value of public firms and their common shares at any given point in time. This makes it crucial to estimate the actual intrinsic value of a company’s stock and regularly update those estimates as new information is revealed.

The quicker and more accurately the market can price the entity, the more efficient the market is. Bitcoin is probably the closest economic system in existence to an ideal free market. Unlike government-backed fiat currencies, Bitcoin and most other digital assets (excluding stablecoins) are not backed by any tangible assets. This eliminates the capital controls question, which could potentially damage or weaken the system.

As for limits on arbitrage, there is little opportunity to do so with Bitcoin, which further contributes to market efficiency. Additionally, market participants can easily short their cryptocurrency investments to demonstrate their outlook, thus creating a highly functional and efficient ecosystem.

Bitcoin and the Efficient Market Hypothesis

In general, both Bitcoin and cryptocurrencies are well-known to react harshly to certain market events, whether it’s exchange hacks or abrupt regulatory changes. From this perspective, the cryptocurrency market is highly efficient, with prices reflecting the accessible real-world information almost immediately.

However, Bitcoin’s exposure is still growing, and there are undoubtedly drawbacks when it comes to agreements between market participants. Nic Carter, a partner at the Castle Island Ventures crypto fund, believes that Bitcoin-like virtual commodities are more informationally efficient than U.S. equity markets. His argument rests on the premise that regulated securities markets possess structural hurdles to efficiency in the form of insider trading prohibitions.

While referring to Matt Levine’s definition of insider trading, Carter explained how it’s similar to theft, where individuals trade on information that does not belong to them and isn’t publicly available. Since this type of trading is not allowed in regulated markets, asset prices do not represent all information until they become known in the public domain.

This isn’t the case with Bitcoin. There are no insider standards here, and since the entire system is a decentralized, public ledger, cases of hidden market information never come into play. On the other hand, Carter also opined that prices would reflect the information immediately if a disastrous bug were to be detected in these virtual commodities.

However, sentiment alone does not drive Bitcoin’s price, at least, not anymore. Today, Bitcoin has rock-solid fundamentals, and with the supply rate halving last year, upgrades to the protocol, growing adoption, and more use-cases than ever before, Bitcoin has all the necessary components of an efficient market.

In fact, studies have shown that the cryptocurrency market efficiency is improving, especially since 2015. Over the last six years, the ecosystem has changed dramatically, and statistics imply its already unprecedented growth rate could begin to accelerate. The Efficient Market Hypothesis is one that intuitively makes sense, especially in free markets like digital assets. However, the EMH has its staunch critics, and they have put forth some great points to disprove the hypothesis.

Which is an example of efficient market hypothesis?

For instance, the Small Firm Effect shows how smaller firms with lower market capitalizations have the propensity to eclipse larger firms due to more significant growth opportunities induced by volatility and greater risk. There’s also the January effect, which calls to how stock prices tend to rise during the first month of the year, which is generally attributed to the rise in buying demand after a price drop in December.

However, some studies have revealed that many market participants have been able to generate a higher rate of return by leveraging private information (or insider trading). This demonstrates that the market is not the strong form of the EMH and that small-cap stocks can be more easily affected by this than the larger ones.

Announcements or information about a company’s merger and acquisition deals also play a crucial role in potential mispricing. In fact, it is widely observed that the value of companies being acquired tends to rise, while that of bidding firms tends to plunge. This is because bid prices aren’t always the most precise reflection of a company’s intrinsic value, and this can create a perfect market anomaly that arbitrageurs target to cash in on.

What are the Benefits of efficient market hypothesis?

How does the EMH protects investors?

The Efficient Market Hypothesis might be one of the most provocative hypotheses ever to exist, but that does not negate its pros. Firstly, it protects investors by explicitly stipulating that stocks, cryptocurrencies, or any other market should be perceived as speculative, and not an avenue to earn steady high returns. This is especially beneficial for newer investors foraying into markets with the intention of making quick returns by following the guidance of more well-known players.

Since the EMH considers that markets are inherently efficient, it saves time otherwise spent gauging profit/loss accounts, balance sheets, and even analyzing technical charts. It also invalidates the “market expert” effect, which protects investors from getting blindly sucked into purchasing assets recommended and promoted by influential analysts and advisors because it claims the price rightfully mirrors a stock’s intrinsic value.

What are the Limitations of efficient market hypothesis?

The Efficient Market Hypothesis explains many market phenomena, but there are also good reasons to criticize it. First, the very argument that markets have no place for fundamental and technical analysis is flawed since they are two different and crucial resources that aid market participants in making informed decisions concerning their investments. Further, deeming the stock market as merely speculative is another weak argument that’s faced heavy criticism from detractors of the hypothesis.

Stock markets are not a gamble and are more based on calculated risks that rely on various factors such as an organization’s financial position, market trends, and more. Furthermore, history has periodically shown that markets can also act irrationally, sustaining phases of panic, shock, fear, uncertainty, and doubt, and generating market anomalies in their wake. 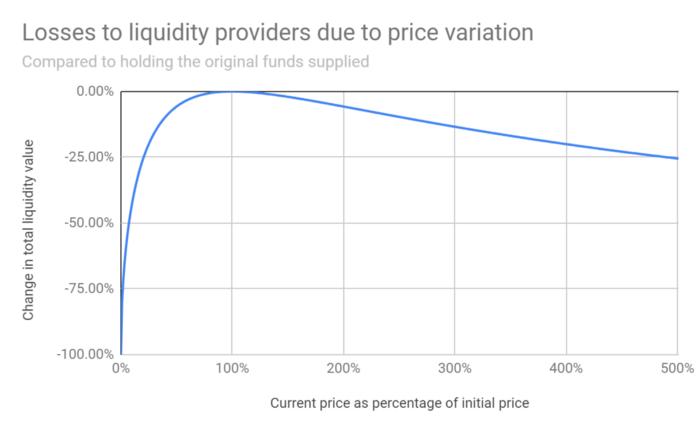 The above equation is used to calculate the price of a security that fully incorporates all relevant market information in an efficient ecosystem. However, markets are dynamic, and the preferences and choices of individual investors mostly do steer market movements.

The regulatory environment also plays a key role in how certain investments perform. Bubbles, busts, cycles, FOMO, and FUD are all innate components of markets that cannot be eliminated. Certain investment activities can produce massive returns, but since innovation plays a big part in advancing markets, a static approach is not sustainable in perpetuity. Instead, investors need to constantly adapt to evolving aspects of the market, including irregularities, investor behavior patterns, and the trading environment.

In the finance realm, there are no hard and fast rules. Unlike any other, the finance industry is constantly evolving, making most financial theories incredibly subjective and up for debate. In fact, though it’s been nearly 60 years since the Efficient Market Hypothesis was originally posited, academic debates on its relevance and applications continue to this day, and the argument is far from over.

The preconditions set by the hypothesis have faced enormous disapproval from various market experts around the world. For markets to experience greater efficiency, there must be universal access to high-speed, advanced infrastructure for better pricing accuracy and analysis.

Stocks are risky, and there should be no room for human emotion and error in making investment-related decisions. Moreover, the prerequisites for the EMH also seem a little far-fetched, and the market would require a universal analysis mechanism to price stocks. Despite the unrealistic conditions it functions under, the Efficient Market Hypothesis is not a complete failure. If coupled with other disciplines, it can help traders gain more perspective over market conditions to seize opportunities when they present themselves.