What Is Mines of Dalarnia (DAR): Intergalactic Play-to-Earn NFT Game 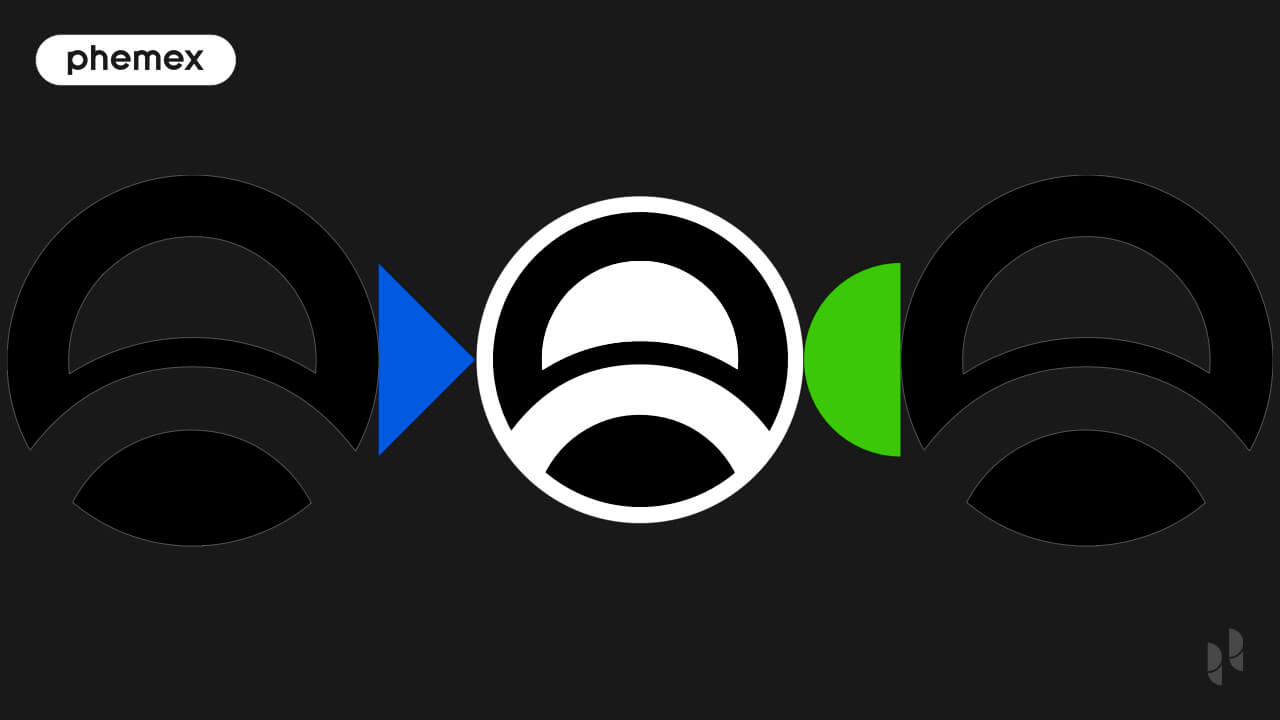 What Is Mines of Dalarnia?

Mines of Dalarnia (DAR) is a Metaverse game that unfolds in the Darlania universe with an emphasis on three planets: Terra Prime, Terra Simia, and Terra Caldera. The game is blockchain and NFT-based with an adventure theme. Gamers can either be miners or landowners in the MoD Metaverse.

Miners earn rewards by capturing rare NFT assets in the world and landowners own virtual land and can rent it out on the in-game markets.

The DAR coin is the in-game rewards and governance coin, currently trading at $0.5 with a market cap of $110 million. The circulating supply is 210 million and the maximum supply is 800 million.

The story unfolds in the year of 11,752. The known universe is ruled by the so-called “Metagalactic Collective” which is guided by an A.I. beloved by the people. A new technology exists in this timeline called “Terraformic Capsules” that can cause planets to undergo millions of years of evolution in seconds.

The first planets that were subject to this evolution under the Terraformic Capsules were 3 planets and 1 moon. As people from the known universe travel to these planets to seek fortunes, a new gold rush unfolds. In-game characters travel to the dark mines of the planes to dig their way in and get out with the NFT minerals.

The in-game mining equipment is purchased with DAR tokens. The higher the power of the mining equipment, the more rare assets they are able to extract from the mines. Players can either play for themselves or compete with other players in the game. Every asset in the game, whether it’s land or a mineral, can be traded as a NFT on the marketplace. Gamers can purchase these NFTs directly from other users on or 3rd-party NFT marketplaces such as OpenSea.

What Is The Dalarnia Universe?

Dalnaria is a futuristic universe ruled by the Metagalactic Collective. This collective is guided by the “Onemind”, an artificial intelligence that ensures all citizens of the universe enjoy prosperity. The citizens live the Onemind for its technological advancements and some worship it as a god. While the game play starts in the year 11,752, the real breakthrough is made by the Onemind in 17,751. The Onemind discovers technology called “Terraforming Capsules”.

The Terraforming Capsules can make planets endure millions of years of evolution in under a few seconds. These capsules are so powerful that they can even convert asteroids into planets. Four planets are chosen for the first experiment. As citizens of the universe realize that new minerals will appear on the four planets, they start moving towards them in order to capture minerals. This creates a new gold rush in the universe.

Miner extracting rare minerals in the Mines of Dalarnia.

Players in the game take on a first-person role as a miner in the universe. The miners spend all their savings to make their way to one of these planets, and they have to extract resources there. They all start at the Luna Praxis moon and make their way to other planets as they progress through the game to advanced levels. To become better at their mining craft, they have to upgrade their equipment and they can do this by purchasing NFT mining equipment using the DAR token.

There are three planets and one moon in the game. All gamers start at the Luna Praxis moon to practice the game play.

Luna Praxis is the moon which serves as a training area for new players. Luna Praxis is abandoned and destroyed by asteroids, but its underground is filled with abundant minerals. Miners don’t need a “Mining Passport” to explore the grounds of the moon and they can get acquainted with the game by checking out different areas and mining their first minerals. This moon is also free to play.

Once miners leave the Luna Praxis moon, they must purchase a Mining Passport to access Terra Prime which costs $20 as an NFT. The Onemind AI first deploys capsules on the Terra Prime planet. This planet was barren before the deployment of the capsules, but now became a lush and green planet with abundant minerals. Humans are the first people on the planet, but they are joined by Simians which are a new intelligence race of ape-like creatures. They all arrive in Terra Prime to strike it rich.

Terra Simia is the new homeland of the Simian race. The planet can be settled by all citizens of the Metagalactic Collective. Terra Simia is a barren planet where only highly rare artifacts and minerals can be found. While Simians were intelligent, they weren’t as protective of their planet as humans on their planet so they mined most of the resources on Terra Simia until the planet lost its lushness and became barren. Simians and humans work together and mine the leftovers.

Terra Calder is the final and most mystical planet that underwent transformation. Once humans land on Caldera, they uncover a large crater. This is confusing for them because they don’t know where it came from. However, the planet is dotted with crystals and other valuable minerals. There are also plenty of tunnels on the planet that can be navigated and no one knows how they got there. Terra Calder is the final planet that uncovers in the game.

Who Is Behind Mines Of Dalarnia?

Mines of Dalarnia was developed by Workinman Interactive, a Rochester, NY-based game development studio that employs 40 developers and develops games across different platforms. The CEO of Workinman is Jason Arena.

Mr. Arena started the studio in 2006 and has developed effects for clients such as Disney Studios and Marvel Studios. In the early years, they focused on visual effects for Hollywood movies. Since 2019, they have shifted their focus towards blockchain games; Mines of Dalarnia is their most successful project.

What Is The Mines of Dalarnia (DAR) Token?

The DAR token is the in-game rewards, payment, and governance coin for the Mines of Dalarnia ecosystem. The DAR coin runs as a cross-platform ERC-20 and BEP-20 token for both Ethereum (ETH) and BSC. There is a maximum supply of 800 million coins and the current circulating supply is 210 million.

Gamers can stake the DAR token for APY (annual percentage yield) on the platform or they can use it for in-game payments. The token is handed out in the rewards program for gamers. They can trade their minerals directly in exchange for the token. They can also purchase equipment and tool updates in the Dalarnia Metaverse using the DAR token. 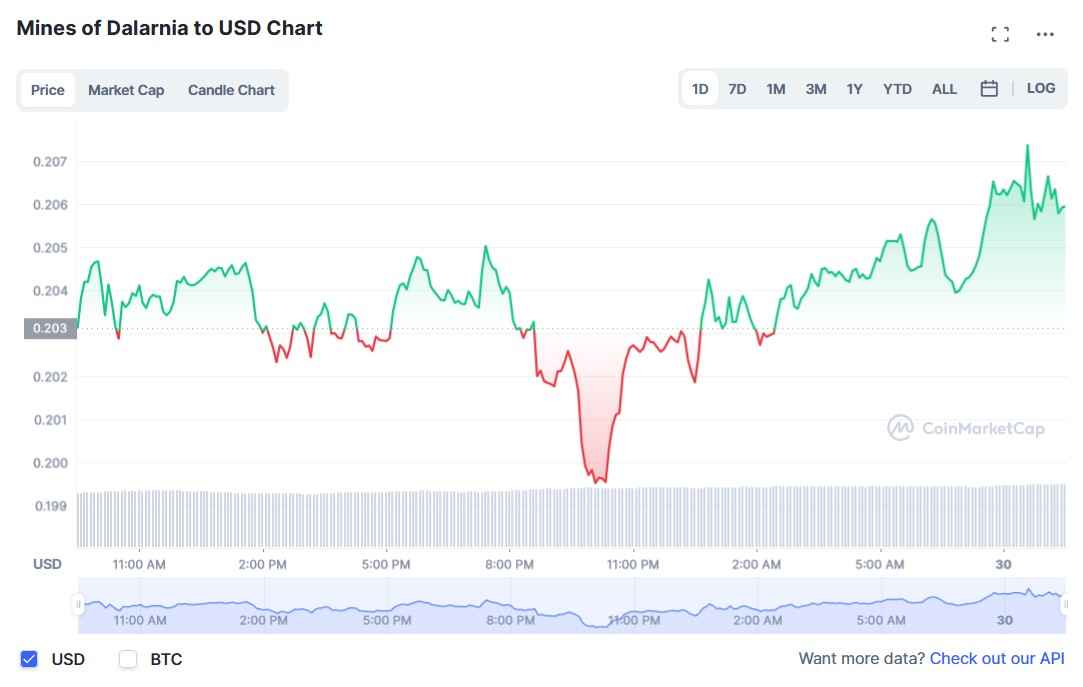 Price performance of the DAR token on 30 Sep 2022 (Source: CoinMarketCap)

The DAR token reached an all-time high of $4.5 shortly after launching in December 2021 and is currently trading near an all-time low of $0.24, similar to other altcoins that were affected by Bitcoin’s (BTC) bearish performance over the last couple of months.

However, the game is being actively developed and the team announced that there will be a mobile version released for the App Store and Google Play in Q3 2022, which could lead to potential price appreciation before the end of the year.

How to Buy DAR Coin on Phemex?

Phemex offers both spot and contract trading for investors to choose from. However, for beginning crypto buyers, spot trading is recommended. To buy DAR on Phemex, follow the instructions below.

The first step to buying cryptocurrency on Phemex is to go to the Phemex homepage, register for an account, and select Markets.

On the Markets tab enter DAR into the search bar on the top right, immediately after, the DAR/USDT trading pair will appear below – select Trade to move on to the next step.

You will then be redirected to the Phemex trading platform for the DAR/USDT pair. To do a simple spot trade we recommend doing a market order where you can buy DAR at the market price. To do so, select Market, enter the amount of USDT you want to buy of DAR, and click Buy DAR.

Done! You now have DAR tokens in your wallet on Phemex and can stake them on the platform to earn APY.