NFTs have quickly grown into one of the most prominent and popular industries within crypto. Mentions of NFTs have taken over popular media with countless celebrities passionately discussing and endorsing various NFT projects. The NFT market grew to a $41 billion industry in 2021, and is predicted to reach $80 billion in size by 2025. The lucrativeness of the NFT market was most clearly seen this year with the Bored Ape Yacht Club, where a single NFT sold for a staggering $2.3 million. One project that has recently entered the NFT industry in hopes of taking advantage of this burgeoning market is Magic Eden. Magic Eden is a Solana based NFT platform that hopes to provide users with an easier, faster, and cheaper experience compared to other NFT marketplaces.

What is Magic Eden?

Magic Eden is an NFT platform built on the Solana Blockchain that offers users the ability to launch, mint, buy, sell, and manage NFTs.

By building on Solana, Magic Eden can offer lower gas fees, faster transactions, less energy consumption, and more scalability than the NFT marketplaces built on Ethereum. Furthermore, Magic Eden strives to make the creation of NFTs both easy and accessible through their simple launchpad and minting process. Magic Eden’s launchpad takes the technical work out of creating an NFT and allows users to easily upload their artwork and customize their settings.

How Does Magic Eden Work?

Magic Eden’s primary product is their secondary marketplace. Projects must first apply to list their NFTs on the Magic Eden Marketplace, but after approval, the NFTs can be freely traded, bought, and sold. The marketplace has several unique features and benefits that provide users extra value, such as: 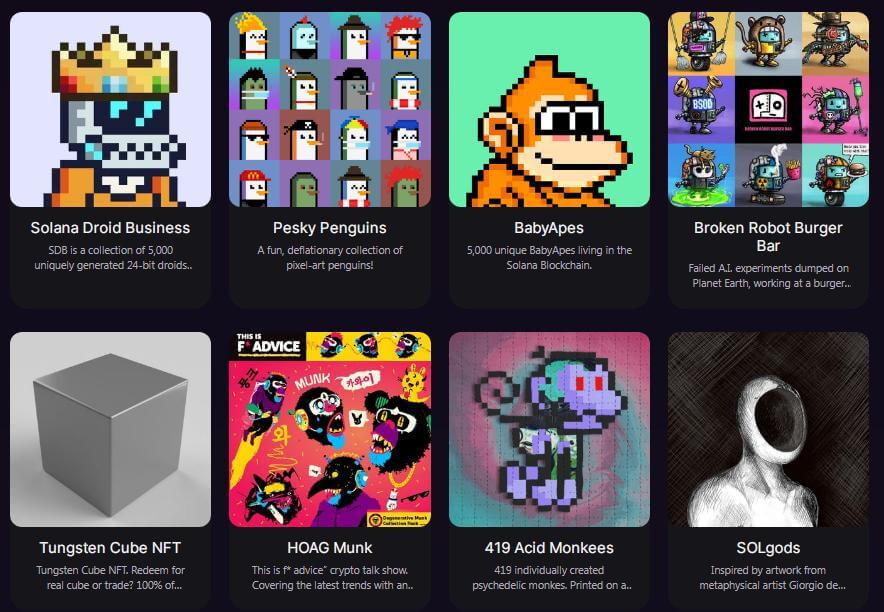 To launch an NFT collection with Magic Eden, users must apply to join the launchpad. Less than 5% of all applications are accepted, and only the best projects can be launched on Magic Eden. This ensures the Solana community can trust all the NFT collections released on Magic Eden to be secure, reliable, and high-quality projects that have been thoroughly vetted.

Magic Eden also provides their launchpad projects with marketing support prior to their launch, thus, helping the project gain exposure and reach. And lastly, Magic Eden also has an exclusive creator community where approved projects can collaborate and receive crowdsourced support and feedback. 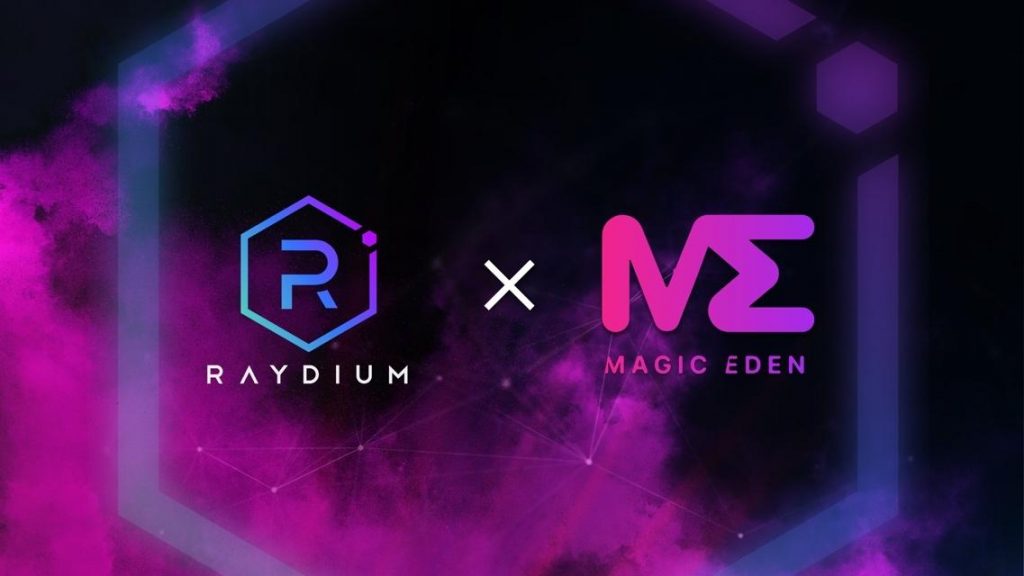 Magic Eden very recently launched their MagicDAO. The DAO currently has limited control and the majority of decisions are still being made by the centralized Magic Eden Team. The MagicDAO is managed through discord and provides users with the ability to vote on:

Participation in the DAO is restricted to holders of Magic Edens NFT, “Magic Ticket.” In total, 30,000 Magic Ticket NFTs were created and airdropped to the oldest and most active Magic Eden users. These NFTs can be sold on the secondary market and the current floor price is 0.16 SOL.

Who Is Behind Magic Eden?

Magic Eden has received a total of $30 million in funding through its Seed and Series A rounds. The project is backed by an impressive list of investors including Paradigm, Sequoia, Coinbase Ventures, Greylock and Solana Ventures.

Investors that have been paying attention to the NFT industry have likely heard about OpenSea. OpenSea is the premier NFT marketplace in crypto and has captured over 80% of the world’s total NFT market share. OpenSea is primarily an Ethereum based platform that supports Ethereum built NFTs; as a result, OpenSea suffers from many of the same issues the Ethereum network does, such as high gas fees, high energy consumption, low scalability, and low transaction speeds. Magic Eden on the other hand is built on Solana. This allows Magic Eden to take advantage of the faster speeds, lower fees, and lower energy consumption rates the Solana network offers.

That being said, just this past month, OpenSea announced they will begin offering support for Solana based NFTs. OpenSea expanding into the Solana marketplace is not great news for Magic Eden. OpenSea is the most dominant player within the NFT market, has much more funding, better brand recognition, more technical experience, and is incredibly well-positioned to start competing with Magic Eden for the Solana NFT market. For reference, Magic Eden had $41 million in trading volume over the last 30 days, whereas OpenSea had $2.64 billion in trading volume.

Despite this massive difference in size, Magic Eden does have some advantages over OpenSea. For starters, Magic Eden has the first-mover advantage in the Solana NFT market and currently dominates 90% of the market share. This will provide Magic Eden with some buffer room to fend off OpenSea’s expansion. Furthermore, Magic Eden still offers lower fees than OpenSea and provides some unique features that OpenSea does not currently offer. Lastly, despite seeing less total trading volume, Magic Eden does see higher total daily transactions. This means that on average, Magic Eden users are more active and involved than OpenSea users. 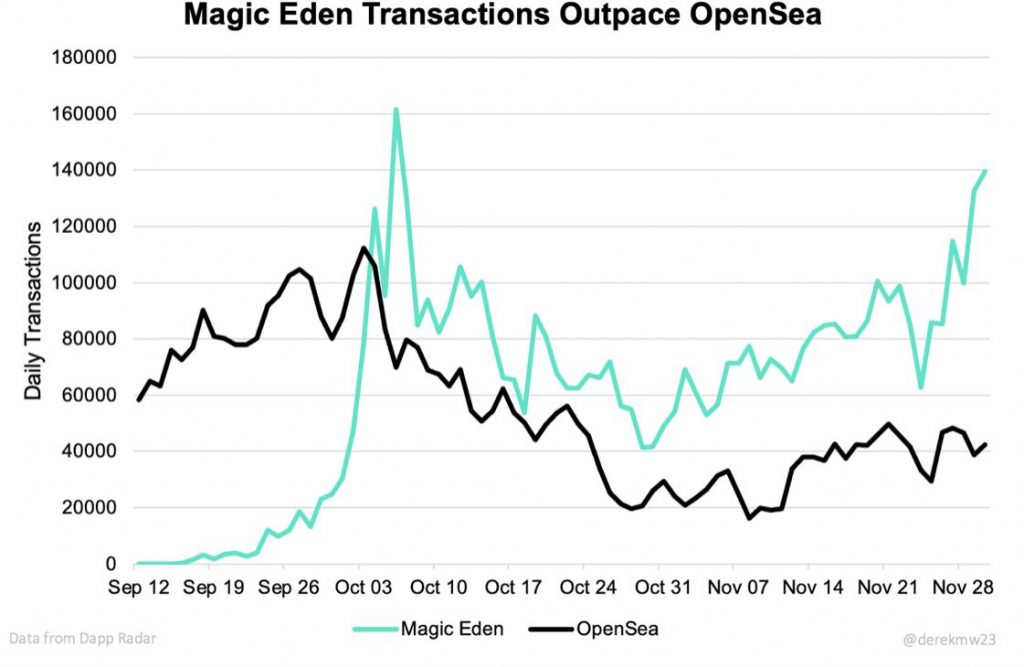 Magic Eden is a platform and not a cryptocurrency. As a result, they do not have a native token or coin that is traded on the open market, and there is no “price” of Magic Eden to track. The closest thing Magic Eden has to a native token is The Magic Ticket, Magic Eden NFT collection. The Magic Ticket NFT debuted at a floor price of 0.2 SOL in February 2022, then reached an all-time-high of 0.4 SOL in March 2022, and then dropped to its current floor price of 0.16 SOL. It is definitely worrisome that the current price is trading below the launch price. This likely stems from the fact that the NFT currently does not have much value, as the DAO still lacks power and influence. However, Magic Eden is planning on slowly providing the DAO more influence, in addition to providing the Magic Ticket holders other benefits such as exclusive social events and merchandise – these changes could give the NFT a slight bump in value. 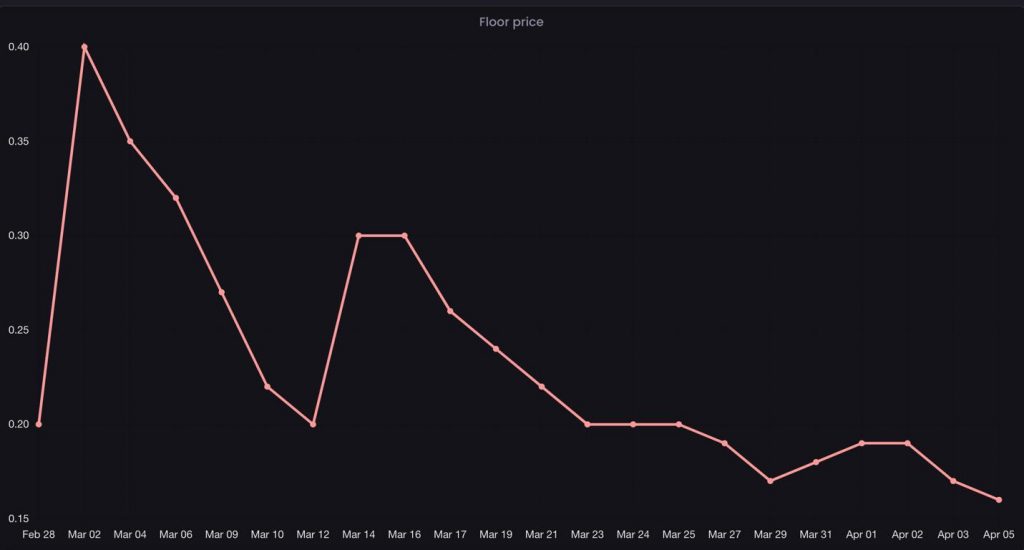 What Is the Future of Magic Eden?

How Will Ethereum Affect Magic Eden?

One big factor that will influence Magic Eden’s success is Ethereum. If Ethereum can address its speed, cost, and energy issues, it will be able to take away a major advantage of using Solana. And unfortunately for Magic Eden, Ethereum is hoping to address these very issues by launching Ethereum 2.0, which is supposed to be faster, cheaper, and more energy efficient. Once these improvements are implemented, many NFT creators may have less of an incentive to list on Solana over Ethereum. This would drastically impact both the Solana-wide NFT market and Magic Eden more specifically.

How Will Competition Affect Magic Eden?

Another major factor that will influence Magic Eden’s future success is competition within the Solana NFT market, especially OpenSea. OpenSea has already begun expanding into the Solana market and will likely continue investing resources to further grow its influence. Magic Eden will almost certainly see its market share decline with OpenSea’s expansion; however, the degree of this decline will depend on how aggressively OpenSea seeks to expand into Solana, and how well Magic Eden can continue to differentiate itself from OpenSea.

What are Magic Eden’s Future Plans?

Magic Eden has some promising plans for the remainder of 2022. These include building out loyalty programs, improving their governance protocol, hosting community-building events (in-person meetups, metaverse parties, competitions), and more. One of their main priorities for the year is to increase the value offered to Magic Ticket holders by providing them with new exclusive benefits. Increasing the value of the Magic Ticket NFT will help build a stronger community surrounding Magic Eden and help dissuade existing users from moving to new competitors like OpenSea.

From the few factors above, it seems like Magic Eden has a lot of challenges ahead of them. That being said, Magic Eden will likely still be able to see growth in profitability, volume, and success. Although their market share may decrease, the overall NFT market is almost certain to grow within the future. This growth will help Magic Eden potentially balance out any losses in their market share. Additionally, although there are currently no plans, Magic Eden could eventually end up expanding into the Ethereum NFT market, which would open up their project to a massive new market and great growth potential. These factors, in addition to the aforementioned advantages Magic Eden has over competitors like OpenSea, will likely help Magic Eden continue to find success in the near future.

Magic Eden is an NFT marketplace and platform built on the Solana blockchain. Magic Eden strives to offer users lower fees, faster transactions, and easier usage compared to other major NFT platforms. Magic Eden may face some future challenge from Ethereum and OpenSea; however, their position in the growing NFT industry can help insulate them and provide them future success.