What Is Goblin Town: When Crass & Bizarre Become A Winning Formula 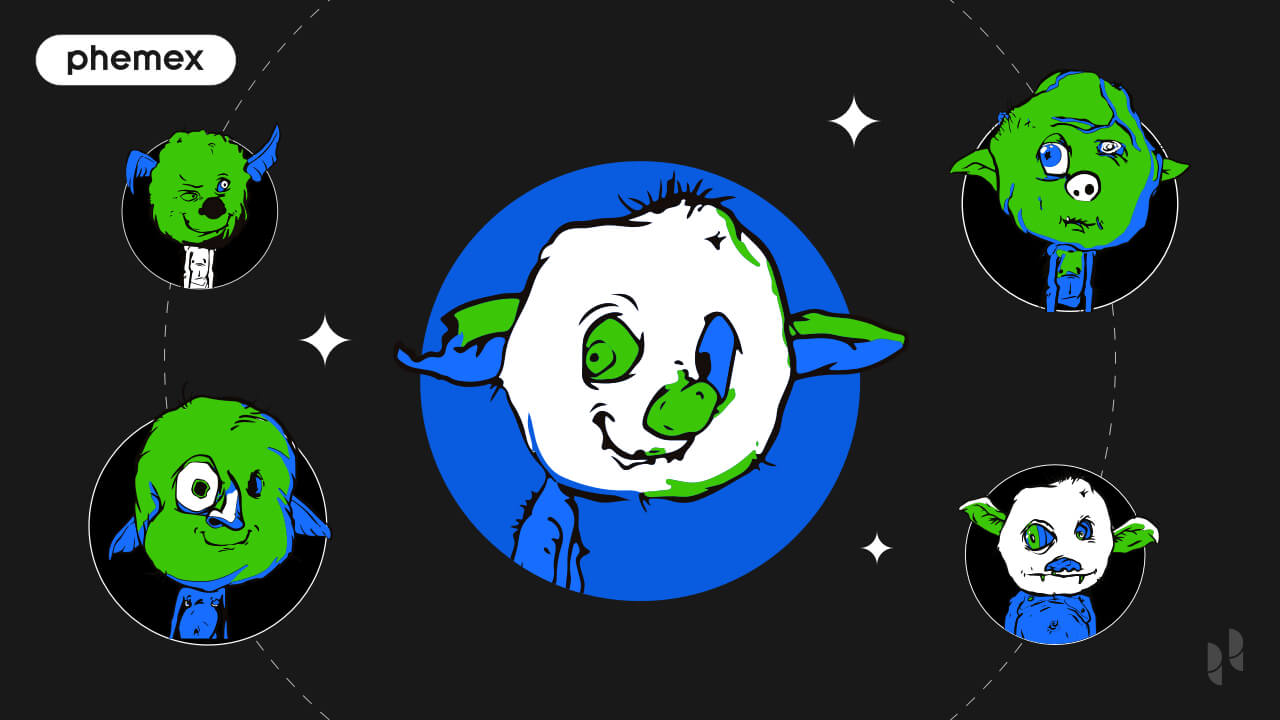 What Is Goblin Town?

Goblin Town WTF is an NFT collection on the Ethereum blockchain featuring 10,000 unique goblins. When the project went live in May 2022 on OpenSea, all but 1,000 pieces were claimed within hours (the creators reserved 1,000 for themselves, “because we want to.”)

Not only do the goblins give Bored Apes a run for their money in the ugly department, they are crass, rude, sometimes downright obscene.

Interestingly, there was no buildup to the official launch, no Discord channel, no roadmap, no creator identity, no nothing.

During a live Twitter Space on May 26, the creators who hosted the session made strange goblin grunts for three hours straight, with about 2,000 listeners in attendance. You can listen to the bizarre session here.

The description for its OpenSea profile reads:

Its tweets are equally incomprehensible: 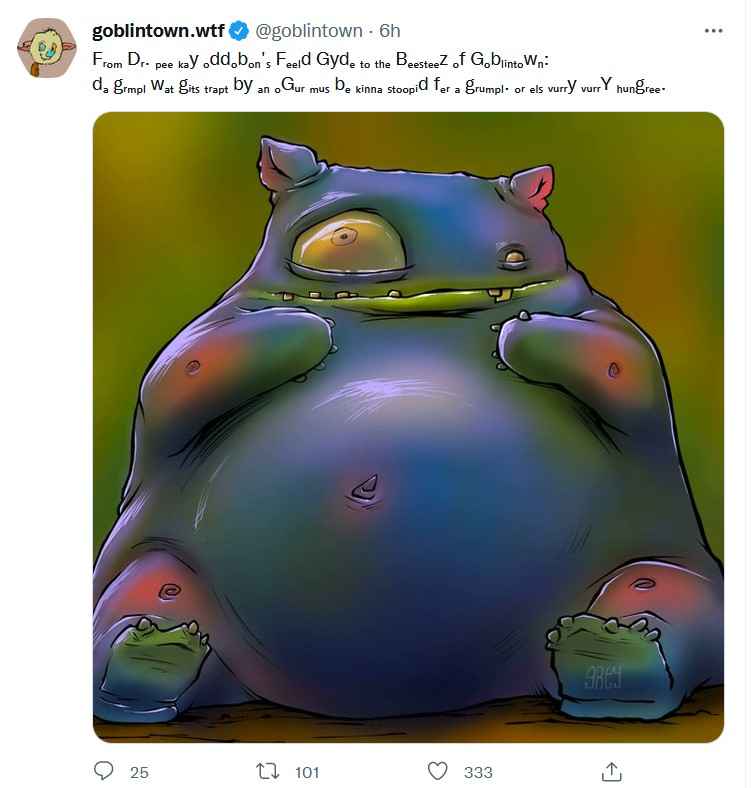 Mind you, this was when the whole market was waist-deep in crypto winter and trading volumes on the leading NFT marketplace OpenSea were in freefall, down by over 60% from May to July, with blue-chip NFTs like Bored Ape Yacht Club having lost about half their value.

In fact, the name itself refers to a term that has come to describe the tattered state of the crypto market, triggered by the demise of Luna where its stable coin Terra, lost its USD peg. Bitcoin plunged, altcoins plunged and soon the phrase was coined to describe the market sentiment–”going to goblin town.”

Following the excitement around Goblin Town after its launch and defiant price performance as other NFT collections floundered, many collectors began to link Beeple (the digital artist who sold an NFT for $69 million) with the creation of Goblin Town. Users believed that the art quality of Goblins WTF indicated it was designed by Beeple. Shortly after the allegation started making the rounds, Beeple denied any association with it, calling it a “shockingly low effort pump and dump project.”

On 15 June 2022, the creators broke character and revealed themselves to their fans in human language via a series of tweets. 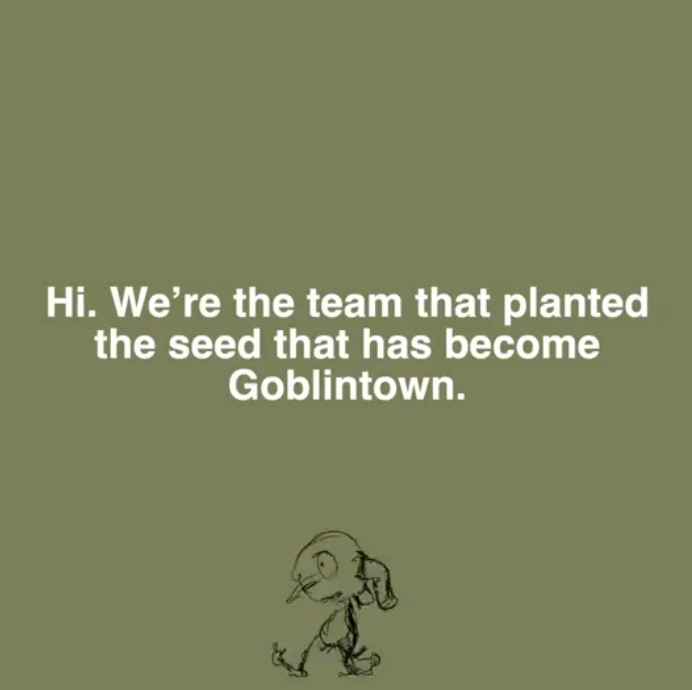 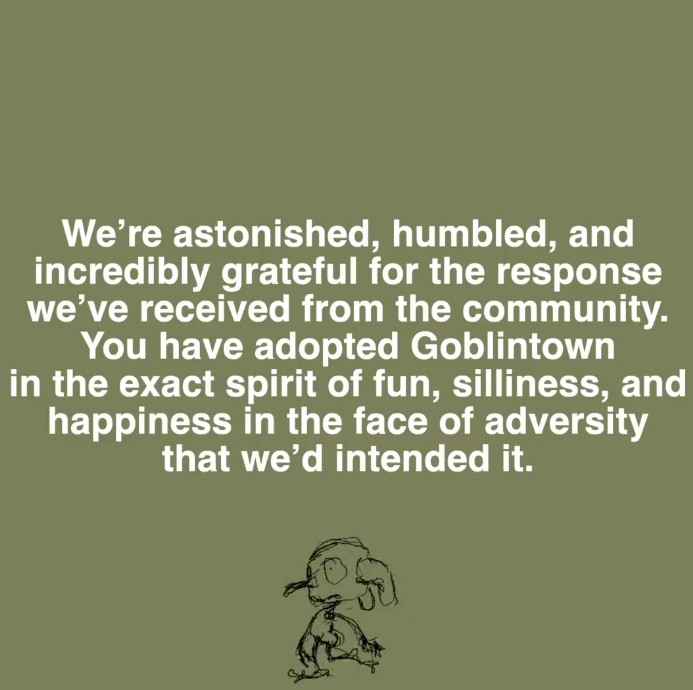 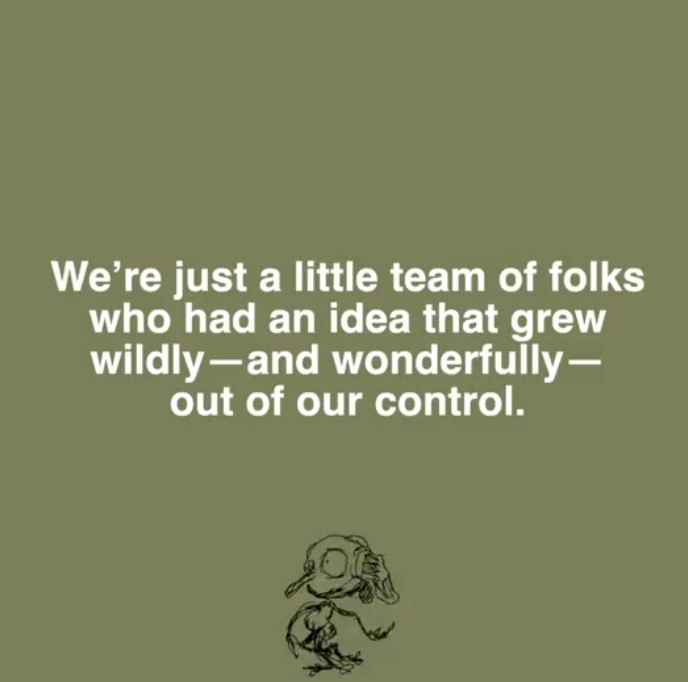 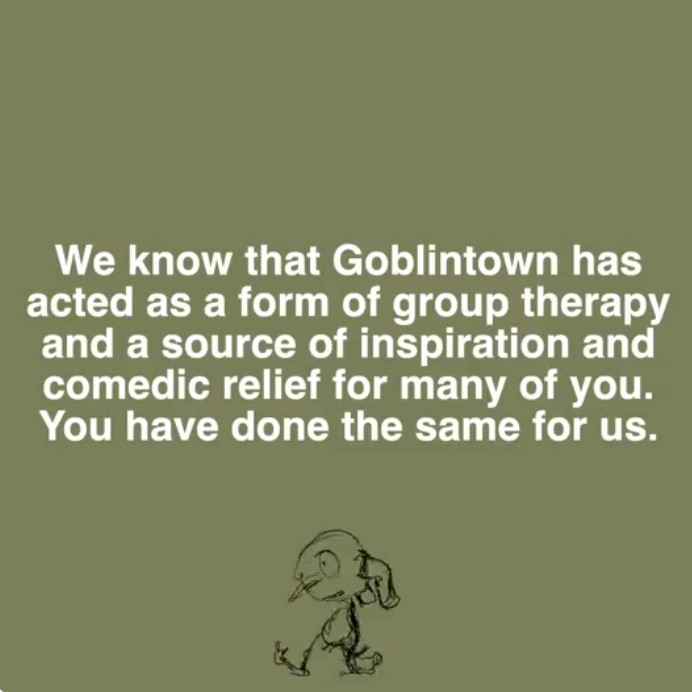 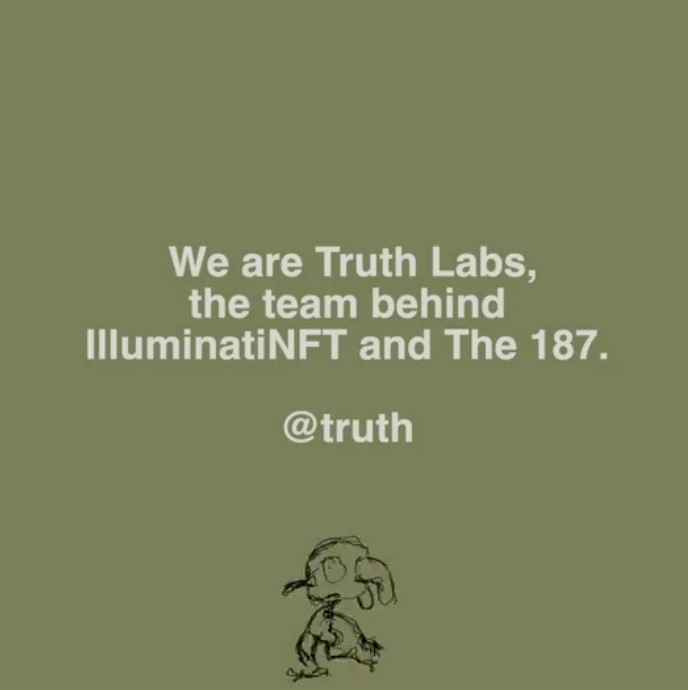 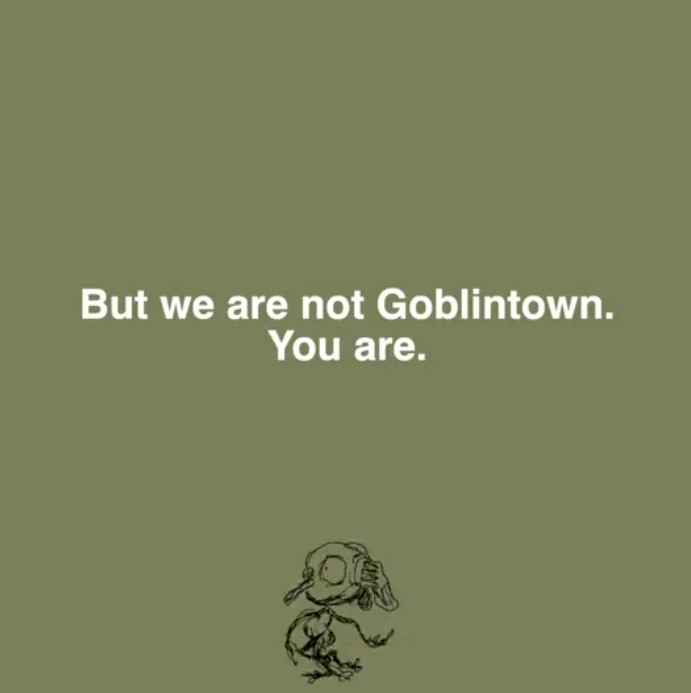 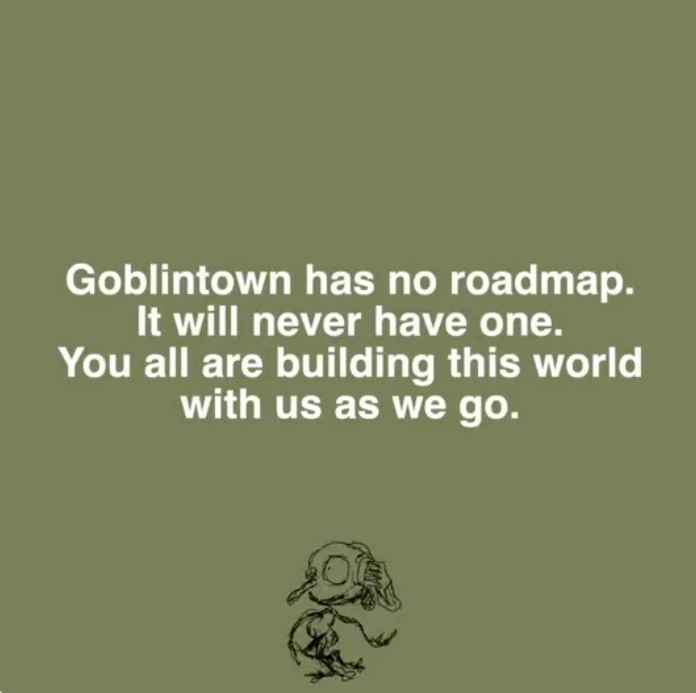 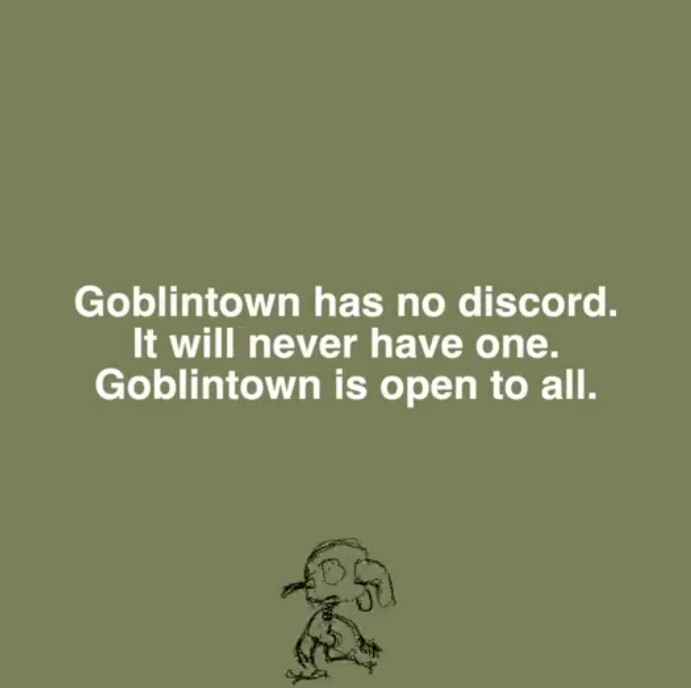 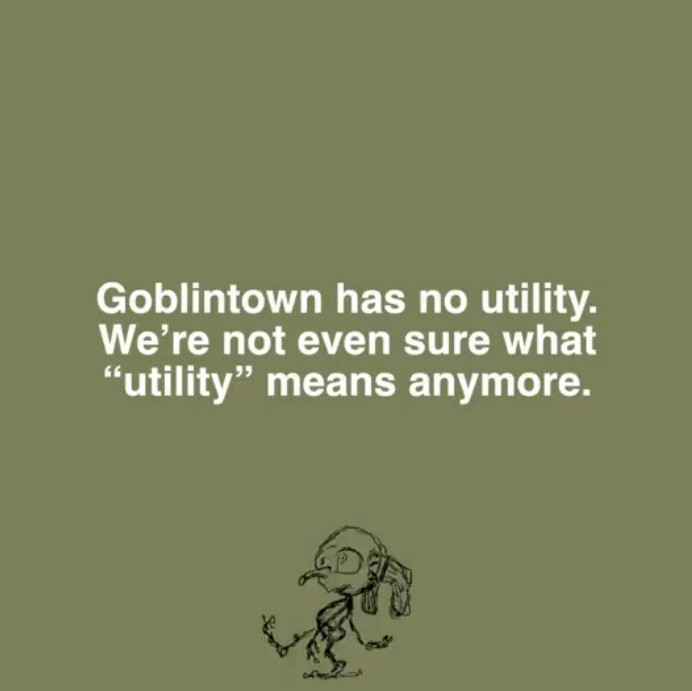 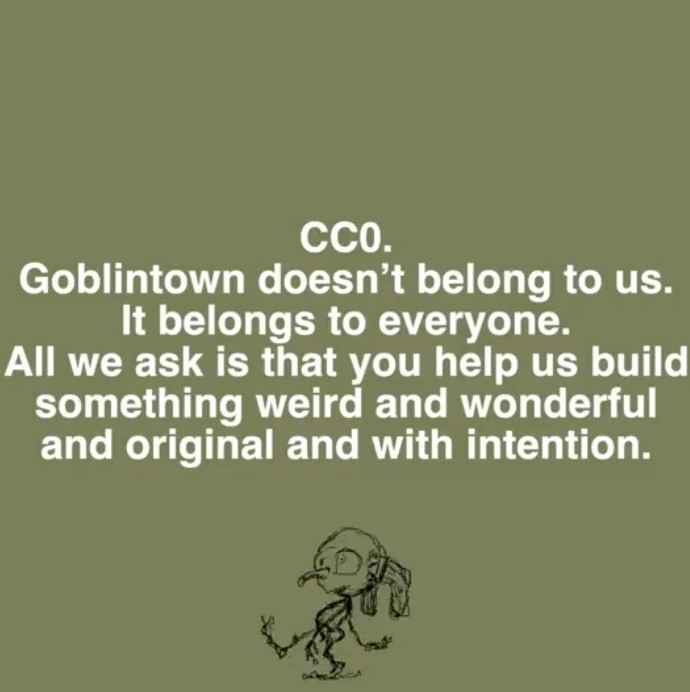 Turns out that the Goblintown creator/s are Truth Labs, the same team behind The 187 and Illuminate Collective NFT collections. No other details regarding their identities were given.

Despite its air of irreverence and extremely anti-establishment stance (even by NFT standards), the team knows what it’s doing. The audiovisuals on its website are slick and polished. The entire user experience is delightfully novel. Its messaging calls out the elephant in the room (“we’re not even sure what ‘utility’ means anymore”), satirizing the whole NFT space with one short remark.

Just as NFTs start to take themselves a little too seriously with exclusive Discord channels and grand roadmaps, in trudges Goblin Town with none of these, instead putting the power to create and grow the community into the hands of its holders–Goblintown NFTs are registered under a creative commons license (CC0) which means that the creators do not hold any copyright and anyone is free to use or alter the Goblintown artwork for any means.

You don’t have to feel too bad for them–the team earns 7.5% from each sale on OpenSea and LooksRare. With 49K ETH in trading volume so far on OpenSea alone, the team would have pocketed at least a few million dollars, not bad at all for a brand that only launched a mere few months ago.

At the recent NFT.NYC 22, many Goblintown WTF holders had their first unofficial meet and greet, which included some purported Goblintown NFT staff.

The Goblin Town NFT collection was released as a free-mint collection, meaning early traders only had to spend money on gas fees to minting an NFT. As a result, all 9,000 pieces available to the public were claimed within just a few hours of the project’s launch. Now, the only way to get your hands on a Goblin Town NFT is via a secondary NFT marketplace like OpenSea and Rarible.

NFTs, as an investment, generally carry a lot of risks. Thus, a few factors help investors know what projects are valuable. Features like industry credibility, a solid roadmap, strong community backing, and real-world utilities are markers of NFTs that are poised for success.

In fact, for many investors, having utility is a mark of a blue-chip NFT. Most NFT creators know this, and because of this, they strive to create extra utility for their collections. For instance, BAYC offers users exclusive rewards like access to VIP meet and greet events.

Goblin Town WTF challenges all these notions, and has proven to be a smash hit.

Will it become an anti-blue chip NFT in time? Like most things in crypto, it’s hard to say.

One thing’s for sure–it’s easy to diss its approach as nonsensical and everything wrong with the world of NFTs, but in a world where corporations are tripping over themselves to win mindshare with politically correct language and woke posturing, Goblin Town is strangely refreshing.

Marketers who consider themselves to be on the cutting edge may want to consider taking a page out of its gunk-smeared playbook.