What is Azuki NFT: The Anime-Themed Collection That Sold Out In Minutes

As non-fungible tokens (NFTs) become increasingly popular, developers find themselves in a constant game of out-doing each other, through NFT drops, live events, big name collaborations, sweepstakes and more. One of these developers is Los Angeles-based Chiru Labs, which released a collection of NFT artworks with anime-inspired aesthetics called Azuki NFTs on 12 January 2022. 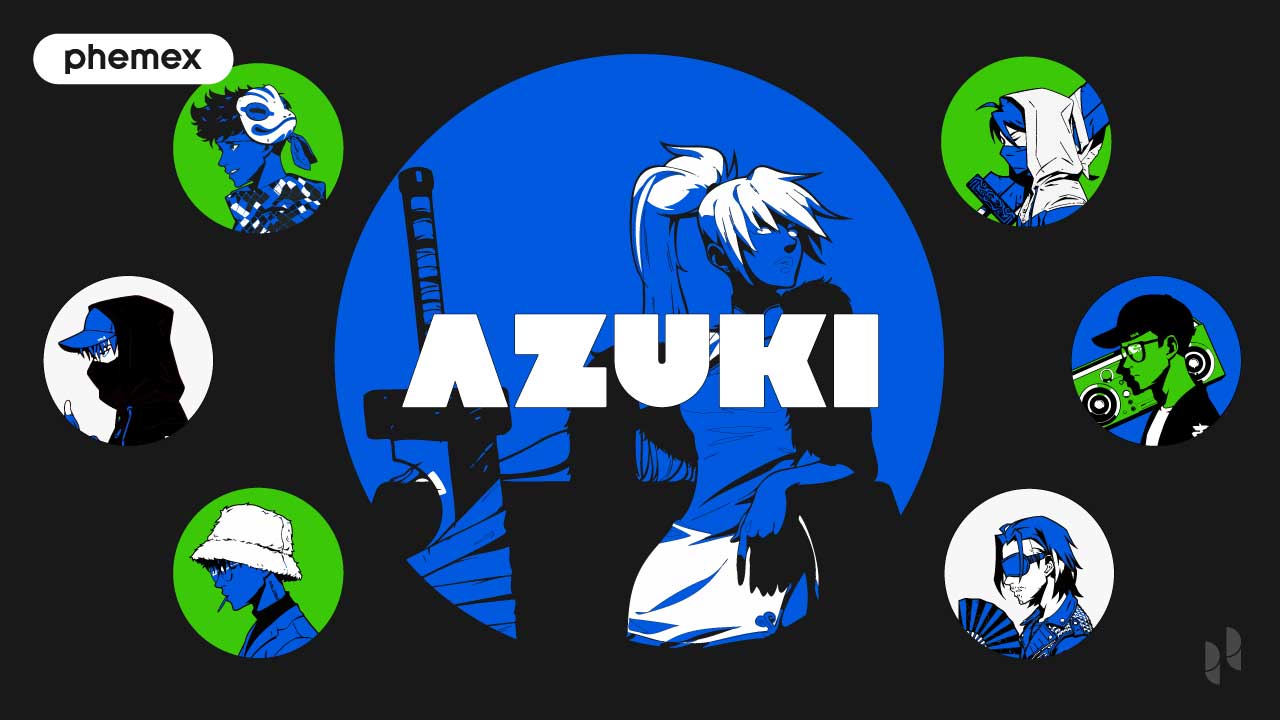 What Is Azuki? Azuki NFT Explained

Azuki is an anime-themed NFT collection of 10,000 avatars which had one of the most successful drops in NFT history, selling out for $30 million in total within three minutes. Launching at a price of $3,400, the original 8,700 Azuki avatars sold out in three minutes for a total of about $30 million. In the subsequent weeks, as word began to spread, the Azuki collection chalked up almost $300 million in transaction volume on marketplaces. At one point, sales even overshadowed that of reigning tokens like Bored Ape Yacht Club.

The Azuki NFT artworks can now mostly found on Rarible, LooksRare and OpenSea, where recently Azuki #9605 sold for 420.7 ETH ($1.4 million), a record for the collection thus far.

Why is Azuki NFT So Popular? Behind the Azuki NFT Hype

There are several reasons why Azuki has rapidly become a blue chip NFT. Without a doubt, striking aesthetics is one, catering to anime enthusiasts which make up an enormous global market. Additionally, co-creator and conceptual artist Arnold Tsang has gone on record to say that Azuki NFT artwork was designed to resonate with the “rebellious culture of skateboarders,” another huge market in itself.

Another key aspect that has fueled the rise of Azuki NFTs is the brand’s clever marketing tactics, which includes collaboration with influential artists such as Korean hip-hop trio Epik High. This, along with well-timed airdrops and other associated strategies, has allowed Azuki NFTs to emerge as a top-seller in the crypto scene, particularly in Asia.

The Azuki NFT gives holders membership access to “The Garden” which includes “exclusive streetwear collabs, NFT drops, live events,” according to its website.

Azuki NFTs are minted on Ethereum, and as such are what is known as ERC-721A tokens, a variation of the more common ERC-721 standard. ERC-721A enables users to mint multiple Azuki NFTs at once, allowing them to benefit from shorter minting periods and lowered Ethereum gas fees. This is perhaps one contributing factor to Azuki’s strong success, as rising gas fees on Ethereum have contributed to the fluctuation of many NFT prices in recent times.

What is the Rarity of Azuki NFTs?

There are many different metrics used to determine the overall rarity of any NFT; whether it be based on the rarest single trait, an average of all its attributes, or a statistical assessment of feature/trait rarity. However, all use some form of attribute/trait assessment to determine the rarity of an NFT, which is the most important aspect to note.

Azuki NFTs have a collection of 12 different traits and 450 attributes, spread out randomly over its 10,000 avatars. Using the Rarity Snipers system, called “Trait Normalization,” it is easy to identify the rarest Azuki NFT, #2152, with the second rarest being #9605, although that sits way behind first place. These come with a rarity score of 676553 and 48213, respectively, using Rarity Sniper’s metric. The least rare Azuki NFT is #4012, with a rarity score of 1895.

How Much Did Azuki Originally Mint For?

Azuki NFTs were originally minted for $3,400 when it launched–and sold out–at the beginning of 2022. This resulted in a massive $30 million in sales just on the first day (in fact, within the first hour), generating the spark of hype which has since reverberated everywhere.

However, where users could once mint the Azuki NFTs–and up to five each time at that–for a fraction of the current purchase price, that time has long since passed. Traders can only buy Azuki NFTs from peer-to-peer sites now, such as OpenSea, Rarible and LooksRare.

What Is Azuki Beanz NFT?

Azuki Beanz is the second NFT collection released by Churi Labs in May 2022. There are reportedly 19,944 NFTs in the collection, which include the red Beanz, called Toshi, and the blue Beanz, called either Gus or Les.

While the price of Azuki Beanz NFT has yet to trend as profitably as its earlier counterpart, the Beanz NFTs have made notable strides. On OpenSea, the Azuki Beanz collection has a floor price of 1.1 ETH ($1,688) and a total traded volume of 63,300 ETH ($97 million), held by 7,000 wallets.

Who Made Azuki NFT?

A few of the people behind the Azuki NFT project have opted to stay quiet, choosing anonymity over disclosure. The team goes by the name Churi Labs, and have publicly claimed to have a collective background across art, gaming, and crypto.

One member who has come forward, however, is Andrew Tsang–the renowned, LA-based artist who is perhaps best known for his work on character creation for the global phenomenon that is Fortnite. Also known by the online handle Steamboy, Tsang has built himself quite the reputation in the art world, amassing himself a loyal fan base in the process.

Some controversy does lie with the other, at least partially identifiable member of Churi Labs–another co-creator who goes by the Twitter handle Zagabond.

In a May 2022 blog post, the pseudonymous co-creator of the Azuki NFT project, Zagabond, disclosed that he had been involved in projects including Cryptozunks, Tendies and CryptoPhunks, all of which were abandoned by the founding team. 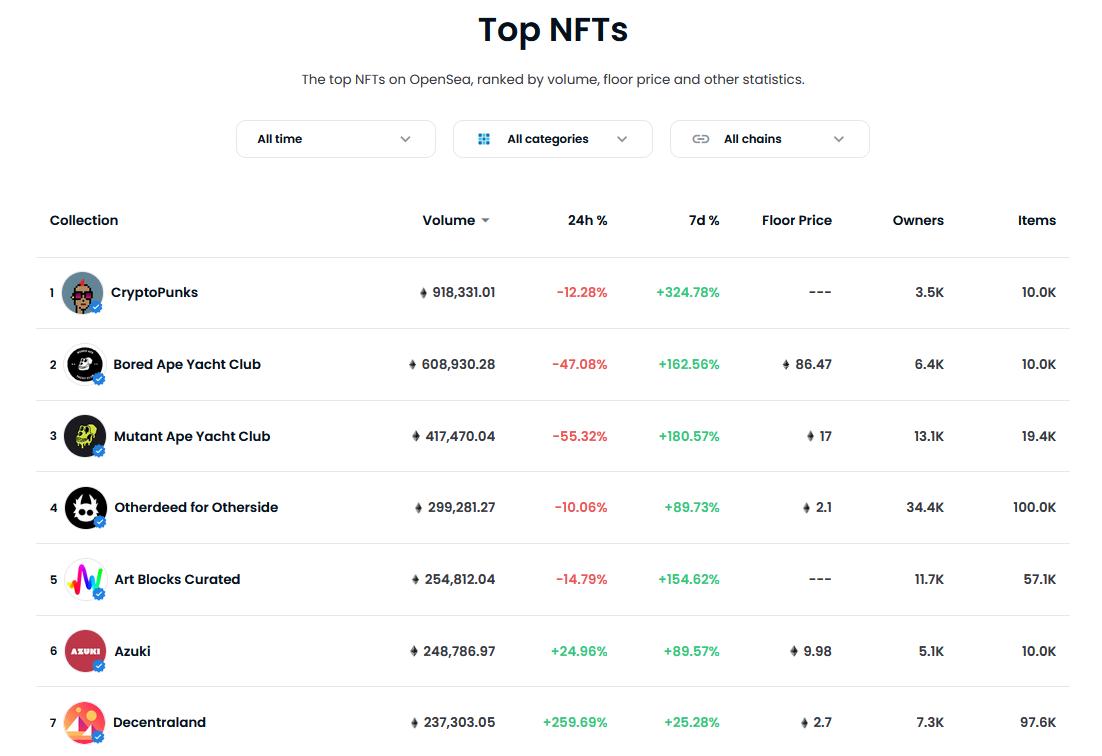 While Zagabond expressed regret for those flops, he went on to credit the success of Azuki to the learnings gleaned from those failures. The revelation was met with fierce backlash, and Azuki NFT prices took a dive. However, the setback was short-lived, and today Azuki is sitting pretty at #6 for all-time transaction volume on Opensea.

It will be interesting to see how Chiru Labs leverages this strong base to truly build a business going forward. In May, it debuted a Twin Tigers Jacket, its first-ever physical product. The jacket is redeemable via a special token which was airdropped to all Azuki holders. All royalties from the secondary market trading of the Azuki Twin Tigers Jacket token will be used to support Stand With Asians, an AAPI-focused community fund.