What Is Time Value of Money (TVM) and Does It Apply to Crypto?

A dollar today is worth more than a dollar tomorrow. This well-known rule among investors is what underpins the concept of the Time Value of Money (TVM). TVM is a crucial financial principle, and many financial products are based on utilizing it. 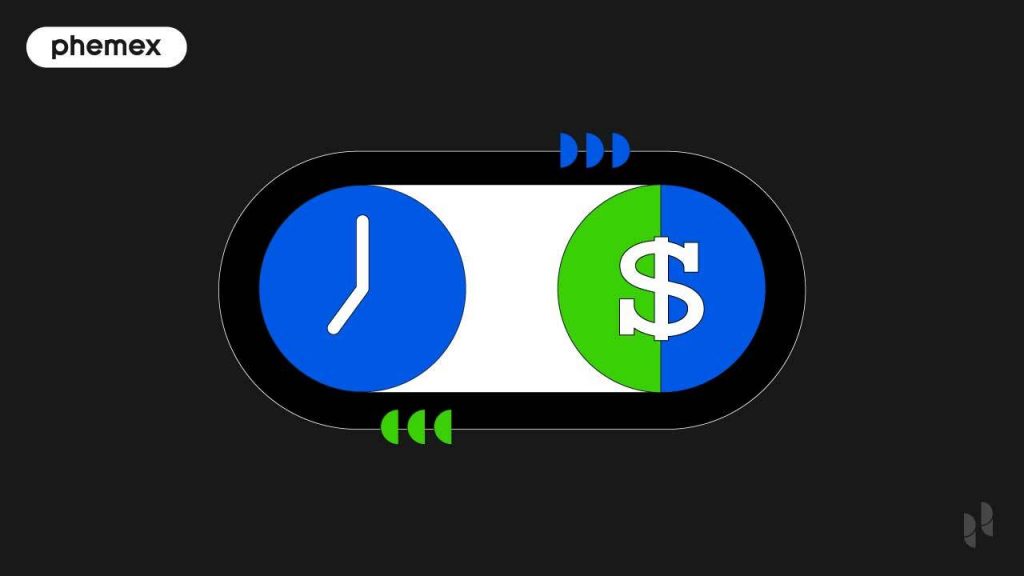 What Is the Time Value of Money (TVM)?

The time value of money (TVM) implies that a certain amount of money today is worth more than the same nominal amount at some point in the future. TVM is one of the most fundamental concepts in finance and is used extensively in asset valuation, budgeting, and forecasting.

There are two principal reasons why money today is worth more than in the future:

How does inflation affect the time value of money?

Inflation is a familiar companion of the economy. As inflation occurs, money loses its real value over time. For example, in the US today, you would need to pay around $123 for goods that cost you only $100 ten years ago. In other words, that $100 has lost a certain amount of its real value over these ten years due to inflation.

It should be noted that inflation is not a guaranteed economic event, at least not in the shorter-term. There have been some periods in the history of various countries’ economies when deflation, and overall reduction in prices, also known as negative inflation, has occurred for extended periods of time.

Examples of Time Value of Money

For example, the US economy experienced deflation during the subprime mortgage crisis in 2007/2008. Some other OECD countries, e.g., Switzerland and Greece, had deflation in 2020.

When deflation occurs, the same amount of money normally appreciates in value over time. This contradicts with the concept of the TVM. However, deflationary periods have been few and far between over the last many decades compared to the times of inflation. As such, the overall concept of the TVM still applies in most cases. Additionally, inflation is not the only reason why money today is worth more than in the future. The second reason is the returns potential.

One hundred dollars you have access to now can be invested to generate returns over a period of time, e.g., one year. On the other hand, if you received the same $100 in a year’s time, you will have missed out on the returns potential. This potential to generate returns is the second concept underpinning the TVM.

How to Calculate TVM?

The TVM formula helps you estimate the future value of a certain amount you have on your hands now. Here is the base formula for TVM:

n = number of years (of investment)

Let’s have a look at an example with a $100 amount and estimate its future value two years from now, assuming that we invest it with a yearly return of 30%.

The base TVM formula above is often adjusted when calculating future values for a variety of financial products. That is because many investments have periodic yield payouts multiple times a year, e.g., on a monthly or quarterly basis.

The base TVM formula does not account for such periodicity and simply assumes that the return is paid out on a yearly basis.

However, if periodic returns are paid out and added to the principal amount, the investment can benefit from the effect of compounding. In this case, the future value will be somewhat different. Below is the adjusted TVM formula that takes into account periodic payouts that compound the initial investment:

If we assume that there are quarterly compounding periods, i.e., four per year, in our earlier example, then the adjusted future value of that $100 will now be equal to $178:

How to Adjust the TVM Calculation for Inflation?

Both of the formulas you saw in the previous section account for the expected return on investment when calculating the future value of money. However, as noted earlier, the TVM is affected both by our expected returns as well as by the inflation rate.

Thus, to make our estimates as precise as possible, it is recommended that we adjust the investment return figures for inflation. This is known as the inflation-adjusted return:

In our example, if we assume that over the time of our investment, the annual inflation is going to be 3%, then instead of the 30% unadjusted return figure, we would use 26.2% since:

Does Time Value of Money (TVM) Apply to Cryptocurrency?

The TVM concept is applicable to any asset, either crypto or from the world of traditional finance, that may be subject to inflationary effects and/or could earn you positive returns over a period of time.

As such, it is applicable to the majority of cryptocurrencies. Only highly deflationary crypto assets with virtually no returns potential might be worth more today than in the future, i.e., they might not align with the concept of TVM.

The Time Value of Bitcoin

Let’s consider the example of Bitcoin (BTC), the world’s largest cryptocurrency. Bitcoin is often believed to be a deflationary cryptocurrency. However, Bitcoin has only limited deflationary potential. When people talk about Bitcoin’s deflation, they presume the halving of mining rewards every four years, which is in-built into Bitcoin’s operational mechanism.

However, the halving only reduces the rate at which Bitcoin’s supply grows, it does not reduce the overall supply over time. In fact, Bitcoin’s supply has been growing, albeit at an increasingly slower rate, since its launch in 2009.

Thus, Bitcoin does have a positive inflation rate, which currently stands at around 1.8%. The maximum supply of Bitcoin is capped at 21 million, and only when this limit is reached, the cryptocurrency will stop being inflationary. However, this is projected to happen only by February 2140. Unless you plan to board a time machine, you can safely assume that Bitcoin will have at least some degree of inflation in your lifetime.

In addition to inflation, the second condition that an asset must satisfy to provide a positive future value is an expectation of positive returns.

Similar to fiat money, Bitcoin could be invested for yield, as it is a relatively liquid asset that is easily exchanged for fiat currencies or other cryptos. Bitcoin itself, within its own blockchain ecosystem, cannot be invested to earn yield. The BTC network has little in-built capacity for such decentralized finance (DeFi) functionality.

However, Bitcoin could be easily swapped for other crypto assets, including the so-called wrapped Bitcoin tokens, and invested for yield on blockchain platforms that run these crypto deposit apps. The majority of these apps reside on Ethereum (ETH).

Alternatively, Bitcoin funds may be exchanged for fiat currency, such as USD, on crypto exchanges and then invested in any traditional financial product, e.g., stocks, index funds, mutual funds, exchange-traded funds (ETFs), derivatives, commodities, and many more.

Increasingly, some financial brokerages and funds accept payments in BTC, so the intermediary step of exchanging BTC to fiat currency may not be needed.

The only issue with BTC investing, whether it is on DeFi platforms or in the traditional financial markets, is the transaction fees incurred due to all these transfers away from or back to the BTC network. These fees may add up easily and erode potential investment earnings. Thus, it is important to account for these expenses when calculating any potential returns on an investment that takes BTC funds off the platform.

Why is Time Value of Money Important?

TVM is a fundamental concept in finance, implying that a sum of money in the present is worth more than the same amount in the future. Money is said to have this characteristic for two key reasons – inflation, which reduces the real value of money over time, and earnings potential, the opportunity to invest the money and earn interest/yield from it.

TVM is applicable to any asset with at least some inflationary properties and/or potential for positive returns in the future. This applies to the majority of cryptocurrencies, including Bitcoin. The Bitcoin you own in the present can be invested for yield, either by transferring it to platforms that support yield-earning DeFi apps or by transferring the funds to yield-earning traditional financial products, such as stocks, index funds, derivatives, and others.

Bitcoin also has some inflationary characteristics, despite many people’s assumption that it is a “deflationary coin.” The deflationary property of Bitcoin refers to the halving of mining rewards every four years, which decelerates but does not eliminate Bitcoin’s inflation, as measured by the increase in its supply. Bitcoin will stop being truly inflationary only by around early 2140.

Until that time, and while Bitcoin can be legally invested for a positive yield, the TVM concept will apply to the world’s leading cryptocurrency.