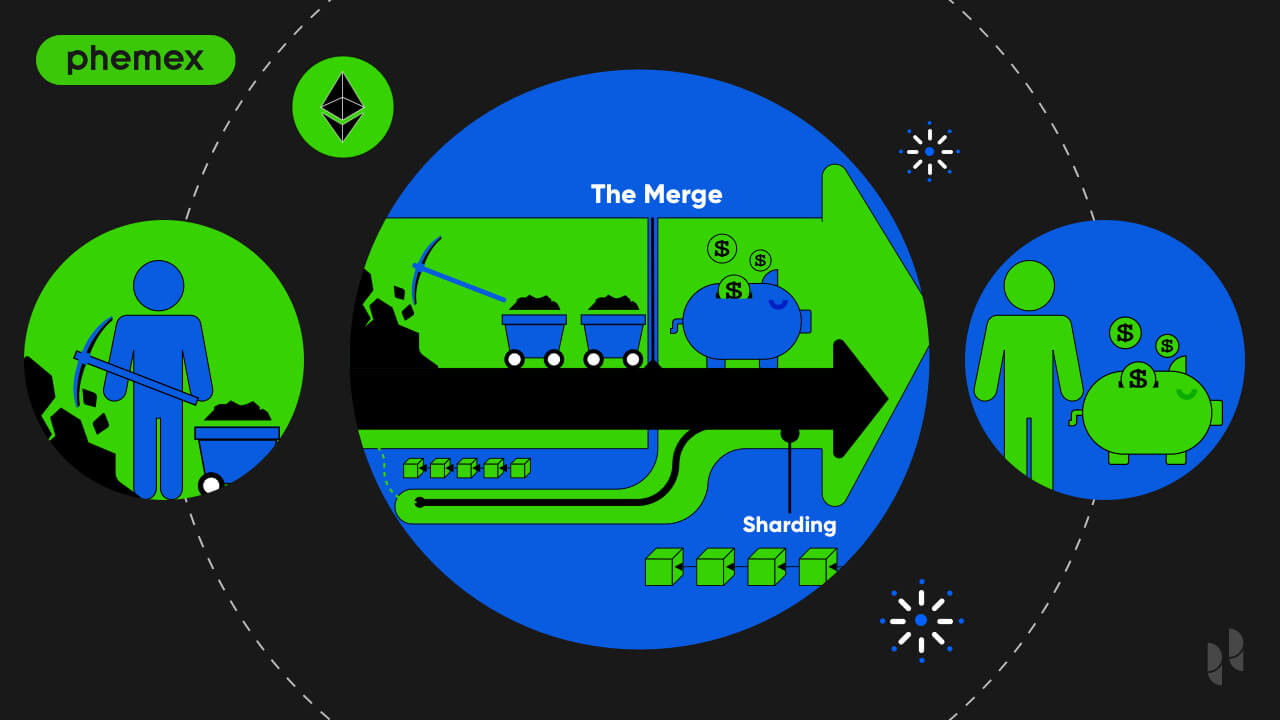 What Is A Cryptocurrency Merge?

What Happens If A Cryptocurrency Merges?

When a cryptocurrency network merges, the underlying blockchain undergoes changes to its consensus mechanism, hence the way transactions are processed and the way blocks are mined or created.

In essence, the Merge is a replacement of an old blockchain with a new consensus mechanism. In the background, all the transactions, data, and accounts that were on the original execution layer (mainnet) joined the new PoS consensus layer, otherwise known as the Beacon Chain.

Merging cryptocurrencies is a phenomenon that hasn’t really occurred, especially when talking about the way the Ethereum blockchain just merged. Moreover, two distinct blockchains have not yet merged. For example, the Bitcoin blockchain merges with the Ethereum blockchain. This hasn’t happened because of the differences between the two chains, their separate use cases, their capacity for smart contracts and scalability, and now their different consensus mechanisms (PoW vs PoS).

What About A BTC And ETH Merge?

For example, the Bitcoin blockchain’s purpose is to create a P2P digital currency that can be used for transactions between individuals without having to rely on third-party issuers such as banks. Moreover, Bitcoin has slightly transitioned away from its original purpose and is now viewed as a store of value or digital gold.

Ethereum, on the other hand, is supposed to be a world computer that can host smart contracts and decentralized applications. Ethereum is more suitable for achieving some of Web3’s goals like creating decentralized app alternatives to traditional apps on Windows, iOS, Google Play, and Android.

So the prospects of them merging into one network or blockchain are impossible to imagine since it would involve bringing together two separate blockchains.

Technically, it’s also difficult or near impossible to do because of the blockchains having different genesis blocks. So if they were to merge they’d both have to hard fork and come together on a new blockchain. This would create problems such as what would the new cryptocurrency be called and how would the blockchain reach consensus.

What About A Dogecoin And Ethereum Merge?

A Dogecoin Ethereum merger would be similar to the above Bitcoin and Ethereum cryptomerge example. It could not be done because the Dogecoin blockchain and Ethereum blockchain are different blockchains. Dogecoin, like Bitcoin, runs on Proof-of-Work. Thus, making it incompatible with the new Ethereum. Therefore, the likelihood of the two blockchains reaching a consensus to form an entirely new chain is small.

However, there is a proposal in the DOGE community to move the network to Proof-of-Stake, which is something that Vitalik Buterin himself said he wishes DOGE would do. So pending further details of how this network change would work, this could be a form of merge similar to Ethereum moving from PoS to PoW.

The Merge in the traditional Ethereum sense is possible, but not possible among separate chains like merging Bitcoin and Dogecoin with Ethereum.

Although not exactly a merge (by the above definition), there is, however, a way crypto coins can merge together with other blockchain networks i.e., crypto bridges.

Crypto bridges are third-party centralized services that bring crypto coins or tokens together from separate blockchains. Crypto bridges are used to bring BTC onto the Ethereum network as well as to use ETH on other chains such as Arbitrum. Crypto bridges are beneficial because they allow separate native-blockchain coins like Bitcoin to be able to be used for DeFi applications on Ethereum.