What is The Flare Network and The Spark Token?

As blockchain networks gather an increasing number of users, developers are building better ways for us to interact with each other financially. The days of centralized banking are numbered, and with decentralized consensus systems becoming more robust each day, blockchain could change our concept of what money really is.

What is The Flare Network?

The Flare Network is a blockchain-based system that employs the ‘Flare Consensus Protocol’ (FCP). It is the first Turing-complete Federated Byzantine Agreement (FBA) protocol, and its primary use-case is to provide inputs for decentralized finance (DeFi) platforms. 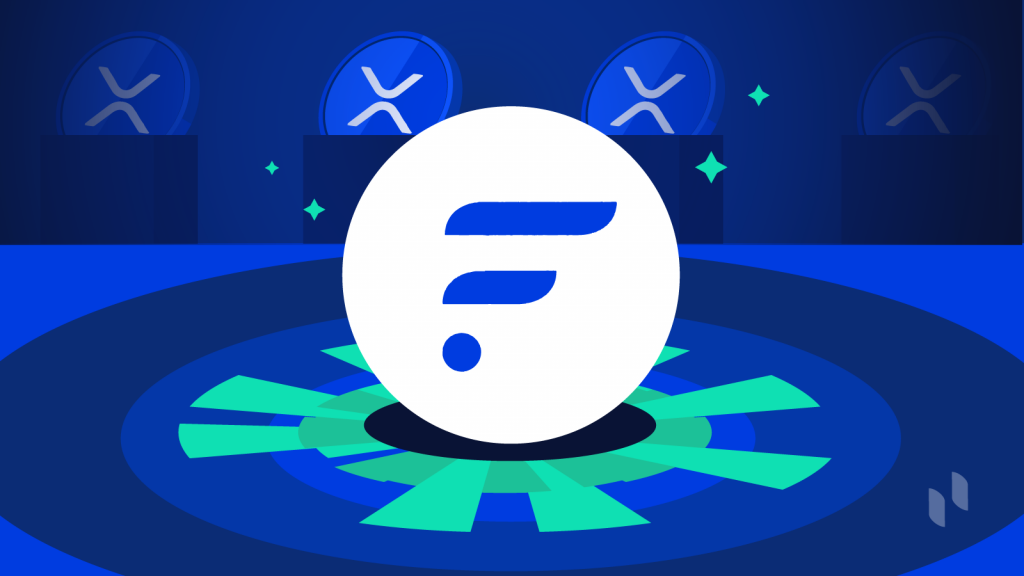 Achieving consensus in a decentralized system is no cakewalk. From cryptographic proofs and incentivization models to state synchrony and Byzantine fault-tolerance, modern decentralized networks result from decades of research in computer science and distributed systems.

The main problem is ensuring universal agreement in a system where participants may behave against the network for their own benefit. This issue was described nearly forty years ago in 1982 and is commonly referred to as the Byzantine Generals’ problem.

The problem depicted a Byzantine army led by many generals with troops around an enemy encampment. Possessing only the ability to communicate via messenger, the generals must agree on a joint battle plan: attack or retreat. If one or more of the ‘bad generals’ can act against the consensus, it can be difficult for the army to reach an agreement on the next plan of action.

A Byzantine fault-tolerant (BFT) system can achieve consensus even if some nodes fail or decide to act maliciously. This is a truly incredible achievement, and while Bitcoin’s Proof-of-Work (PoW) algorithm isn’t entirely tolerant to Byzantine faults, it does solve the problem, and to no small degree.

However, PoW has bigger fish to fry concerning its scalability, transaction throughput, and energy consumption. Some newer blockchain systems have opted for a different approach to consensus – Proof-of-Stake. Other tokens like XRP use a completely different solution using behavioral assumptions about the majority of network participants.

Learn about the difference between PoW and PoS with What is Staking?

Solving the Byzantine Generals’ problem in decentralized systems requires most (if not every) node to agree with the network, but this can be time-consuming, network-intensive, and above all, inefficient. It’s almost as absurd as having every government official sign off on the smallest decisions.

An FBA system allows network participants to decide whom to trust and refer to their decisions instead of participating each time. This is akin to a federal government, where each state can have disparate laws within the bounds set by the central government. Unlike federal governments, however, there are no centralized entities involved here.

What is a CBDC?

Bridging Blockchains with The Flare Network

Like the most far-reaching technologies, humans have built, such as the steam locomotive, electronic computers, and even the internet, blockchain too possesses a multiplier effect that provides more outputs for a given input. While this single feature alone is enough to perk up the ears of any long-term investor, blockchain technology is still very much in its early stages.

What makes the Flare Network a federated Byzantine agreement system?

There are various reasons why a federated Byzantine agreement system is beneficial to the ecosystem as a whole. For one, Flare does not need to rely on incentives to keep its network secure, enabling it to host a significantly larger portion of the world’s financial transactions than current scalability efforts allow.

Flare argues that current incentivization models are not practical at scale and that the cost of securing a chain through large-scale energy consumption is unsustainable in the long-term. Through its FBA protocol, Flare breaks out of the scalability limits imposed by PoW systems, creating an open, permissionless network with an algorithmically stabilized token.

It’s almost impossible to talk about Flare without mentioning XRP. Flare’s native token, Spark, draws its value from a single base unit-of-account that is stabilized partly through burning XRP. Due to Flare’s compatibility with the Ethereum Virtual Machine (EVM), the network can bring the world’s most enterprise-focused token into decentralized finance.

What is The Spark Token?

Flare launched its native Spark token in December 2020, with XRP holders receiving an amount proportional to their holdings over a 36-month release schedule. Spark’s whitepaper, which contains the full details of the project’s long-term vision, forms the basis for the team’s internal research and consultation with partner firms, validators, and financial experts.

Instead of incentivizing validators with block rewards, Flare’s core incentive mechanism derives from fiscal rewards accrued by providing accurate oracle signals to maintain Spark’s stable value. This removes the risk of participants acting against the network’s interests while also mitigating the risk of larger addresses controlling the network.

Flare was designed to build a platform that facilitates the mass adoption of decentralized financial systems. By achieving a completely leaderless consensus model, the FCP makes it impractically tricky for attackers to influence a set of transactions.

The Main Characteristics of the Flare Network: “Safety” and “Liveness”

Two of the most critical characteristics of distributed systems that achieve consensus are ‘safety’ and ‘liveness.’ Safety refers to the consistency of participants’ decision-making process, while ‘liveness’ determines whether the process will eventually terminate or continue indefinitely from a lack of agreement. This is critical for asynchronous decentralized systems, in which nodes do not adhere to a universal clock, and even small consensus discrepancies can lead to a chain split.

This makes Flare incredibly useful for businesses and entrepreneurs as its safety scales alongside business growth. The project has been in stealth development for a couple of years now and has even partnered with popular outfits in the space like Securitize, Custody Digital Group, and Singularity to further enhance its early-stage offerings.

What does the Flare network aim to solve?

According to Flare, 75% of the value on public blockchains cannot currently be used in a trustless manner with smart contracts. This broadly refers to the lack of smart contract capabilities on Bitcoin and XRP, two of the biggest cryptocurrencies by market capitalization. They also state that there are both long and short-term potential issues with how scaling is implemented in smart contracts today.

If a DeFi lending platform becomes more profitable than the network’s staking rewards, investors are not likely to choose staking over more profitable ventures. This diversion of tokens away from staking could wreak havoc on the network’s long-term safety. This could also be why other smart contract platforms have never come close to touching Ethereum’s dominance in the DeFi space.

While PoS systems can currently scale to handle much higher transaction throughputs than PoW, they cannot scale with value. Proof-of-Stake networks are valued higher as developers build more valuable products on top of them. The diversion of capital required to secure this value makes the potential cost of commerce hopelessly expensive.

Flare has created a scalable smart-contract platform that is both more sustainable and more practical by dissociating the network’s safety from its token value. However, Flare’s operation still requires its native token, Spark, to discourage spam transactions on the network.

Besides the Flare Consensus Protocol, various other protocols exist on top of the Flare network. One such protocol, FXRP, enables the trustless provision and usage of XRP on the network. Secured by the Spark token, this essentially allows users to deploy XRP to Turing-complete programmable smart contracts in DeFi applications.

Without Flare, smart contracts on Ethereum have no way to access XRP Ledger addresses as they do not have adequate measures to store private keys securely. Using interoperability and bridge protocols, Flare can also interact with other smart contract blockchains like Cosmos and Polkadot, creating a trustless funnel for XRP into DeFi.

This methodology can be applied to any other non-Turing complete token, giving even cryptocurrencies like Bitcoin the ability to support and expand smart contract platforms and their governance.

This works similar to how wrapped Bitcoin is available as an ERC-20 token on Ethereum. When XRP tokens are sent to a smart contract address on Flare, the network provides FXRP tokens as a 1:1 collateral secured by Spark. These tokens can be exchanged with ‘redeemers’ for standard XRP tokens at any point.

Suppose the tokens are rendered irredeemable within a certain time-frame. In that case, the network compensates the original holder with enough to rebuy XRP at spot prices, including any transaction fees they may incur. Flare allows applications to operate by interacting with only its native Spark token for transaction costs. Each of its elements is optional by design, while token holders handle the network’s governance.

Some changes can be automated on-chain, such as transaction costs, oracle rewards, and collateral ratios. However, decisions involving updates to the system’s code require a more long-term framework. To help encourage and execute agreed-upon changes, the non-profit Flare Foundation was created to take charge of key areas like investments, R&D, publicity, education, and partnerships.

This makes the foundation an integral part of the network’s updates, providing analyses and reports to build, test, and deploy proposed changes to the platform. The Flare Foundation will not be responsible for setting agendas, but only to make decisions based on votes from Spark holders.

An intriguing and unprecedented feature of the network lies in its constitution. According to its guidelines, Spark holders can even vote to completely dismantle the foundation and burn its remaining tokens if deemed to no longer serve any purpose.

How does the Spark Token Flare Out Cryptocurrencies

Instead of offering a public crowd sale in any of its forms, Flare opted to conduct a first-of-its-kind ‘utility fork’ that brings value to the original chain rather than diverting it away. Instead of fostering a hostile relationship with its parent chain, as is the case in most forks, Flare’s utility fork allows XRPL to do what it does best, even better.

To emulate the amount of XRP in existence, Spark has a similar supply cap of 100 billion tokens. Since Ripple still holds a significant amount of the total XRP (around 45 billion tokens) supply, only non-Ripple addresses can claim any Spark. Of the remaining 55 billion tokens, 25 billion were allocated to developers at the for-profit Flare Networks, and the Flare Foundation holds the rest.

To ensure that users with XRP stored on exchange wallets could also participate in the utility fork, Flare took a snapshot of the XRP Ledger close to Spark’s launch. On non-participating exchanges, Flare also warned that the Spark received may either be withheld by the exchange or never even claimed in the first place.

This is far from an ideal scenario, but to enable maximum participation, Flare posted a list of platforms to its official website to inform users of participating crypto exchanges. Phemex happens to be one of the official participating exchanges. Spark holders can also earn returns by providing collateral to secure FXRP redemption and contributing data to its algorithmic price oracle.

For more information about the Spark Token airdrop on Phemex, check out the official announcement.

After Spark’s launch, XRP’s price dove by around 9% in less than one day despite Flare’s obvious benefit to the network. In just three days since its release, XRP noted a substantial increase in its number of active addresses.

With 51,000 new addresses on XRPL, Flare’s yet-to-be-released blockchain network looks promising. Ripple is one of the most reputed blockchain-based companies globally, and as XRP continues to dominate in enterprise settlements and remittance, Flare could become the Ethereum of a flourishing XRP economy.