What is JASMY: Everything You Need to Know about Japan’s First Approved Crypto

Jasmy is an organization that develops Internet of Things (IoT) platforms and decentralized data lockers. Data lockers are secure storage areas for an individual’s personal data, so with this concept, Jasmy is moving towards a goal of decentralizing data storage systems and networks. The distributed network is based on technology such as blockchain and Interplanetary File System (IPFS) and aims to democratize the current data systems in place. The platform’s native token, JASMY, currently trades at $0.019 per token with a circulating supply of 4.7 billion, for a market cap of $92 million. 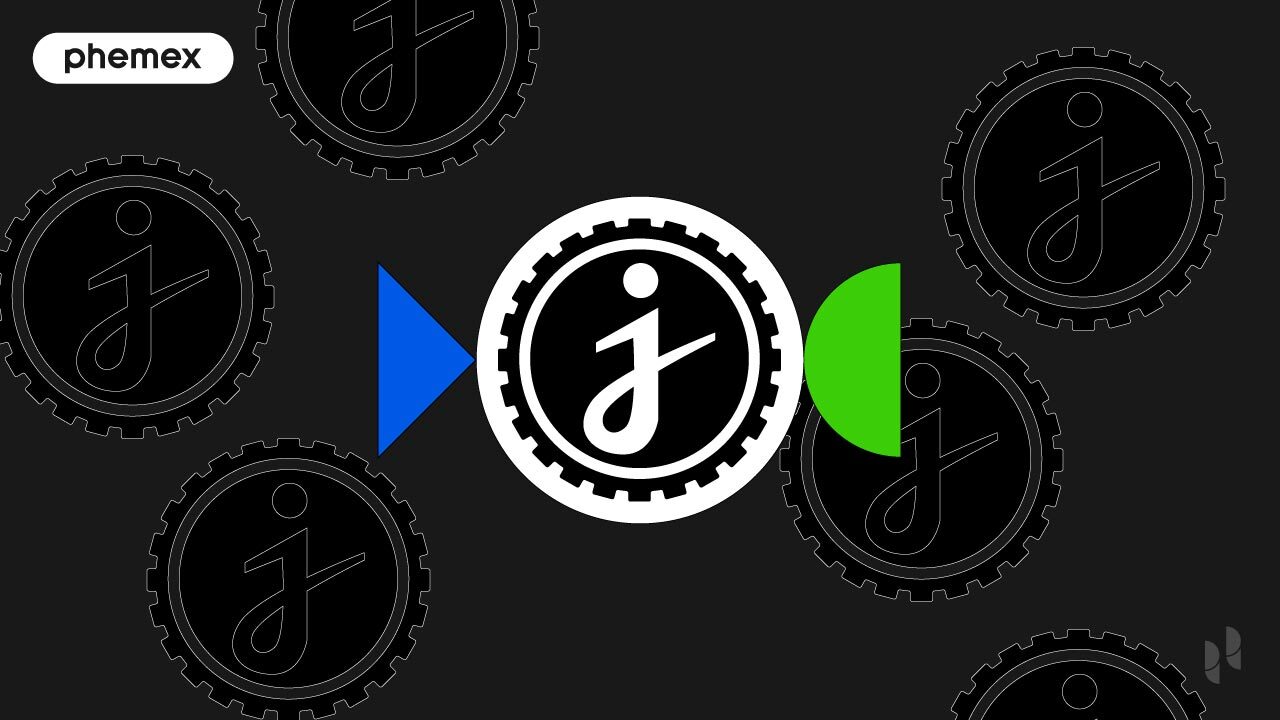 Jasmy is formed of two components:

What Does Jasmy Do?

A significant part of the Jasmy project intends to place ownership of an individual’s personal data back into their own hands. Usually, personal data will be acquired by companies who utilize a service providing platform. There is generally no charge for the data when using the platform-as-a-service (PaaS) cloud computing model, and so Jasmy claims to offer a solution for the protection and ownership of the data.

How does Jasmy’s IoT service work?

Following the concept of Web 3.0, an idea centered around automation and Internet of Things (IoT) devices, Jasmy promotes the idea that all types of data hold value. Society is currently focused on “big data,” which includes names, addresses and other personal details. However, “small data” tends to be underestimated. “Small data” is data that tracks an individual’s actions and can therefore be used for direct advertising and marketing. It is predicted that there will be 41.6 billion interconnected IoT devices by 2025, generating almost 80 zettabytes of data per year. When taking this into consideration, the concept of truly owning one’s own data and receiving payment for its usage is something that will likely appeal to many users. The steps of this process are described below:

How Does Jasmy Work?

The Jasmy project is based around two ecosystems, the Jasmy ecosystem and the JASMY token ecosystem:

What is the JASMY Token Ecosystem?

First, the Jasmy platform provides a space for data to be utilized by companies who may use it for promotional, marketing, or other advantages. By holding JASMY crypto, the companies can offer the token to Jasmy platform users in exchange for the data. This expands the possibility for a data-dependent business to obtain data that is usually hard to come by. The data application service provider then makes the request to the Jasmy platform user, paying them compensation if they choose to provide it. As more and more data is accumulated by users of the platform, a market will be created based on the supply and demand flow. The value of the data is expected to increase along with the expansion of the market.

What is the Jasmy PaaS Ecosystem?

Second, Jasmy provides an alternative solution to those utilizing services provided by PaaS or other types of data storage facilities.  If a user opts in to the Jasmy platform, they will acquire a personal, decentralized data locker. This is intended to create an environment that allows users to take true ownership of their data and make their own decisions around how it is utilized. IoT devices will be a source of fresh data that accumulates in the data locker, enabling service providers to offer product and services with a higher level of security, to a more direct market. Jasmy will then receive a payment in exchange for providing the platform to its users. 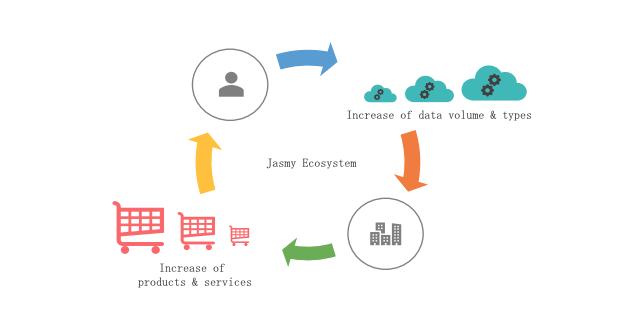 Which Technologies Does Jasmy Use?

Jasmy uses some individual concepts alongside its ecosystem to focus on the decentralization process and its goal for realizing a data democracy. These are explained further below:

Who Is Behind Jasmy?

Jasmy has also attracted the interest of some big names in the technology industry. Transcosmos, the largest call center in Japan, utilized Jasmy during the recent pandemic to secure corporate and customer data. Panasonic and VAIO also share the vision for a realization of a digitalized society and have partnered with Jasmy.

JASMY got off to a strong start after its release in October 2021, reaching an all-time high of $4.29 by mid-February 2021, after Jasmy was launched for trading on the major exchange platform – GAT. After this, the coin corrected to around $1, with some moments of volatility through the first half of the year. By late April ‘21, JASMY was down to $1, and after Japan announced some strict cryptocurrency regulations, it soon crashed down to $0.009 by early July ‘21. After reaching this low point, the JASMY coin generally maintained this trend throughout the year and now remains at $0.0196.

A price performance from early 2021 to early 2022 (Source: CoinMarketCap)

Is JASMY Coin a Good Investment?

There are many promising aspects of JASMY that are worth serious consideration. On the one hand, it seems that the value of JASMY tokens are expected to rise with the expansion of the data protection and utilization market. If tokens continue to be bought in order to use on the Jasmy platform, the value should increase gradually. Now that the coin is available for staking, this should bring more value once again. Jasmy claims that JASMY coin will be a product of demand for the data stored in their lockers and have worked to build their underlying system to receive approval from the Japanese government.

The coin is considered by its supporters to be a long term, steady gain investment across the market, since it’s based on a fundamental concept (IoT data) and has real world utility. More business announcements will propel the coins value over time. The limited circulating supply also gives room for more growth and the arrival of the metaverse, along with an extra need for data security, could also lead to a rise in value for JASMY. However, since the coin has remained low for some time, many investors have been speculating on the authenticity of the project. This speculation is due to some questionable actions regarding the sales and distribution of a virtual currency ICO agency back in April 2021.

All in all, the outlook for JASMY coin looks fairly promising. Since the coin is at an all-time low, this could be considered a good time to invest, as long as proper research is conducted to restore faith in the authenticity of the coin. The strong partnerships with Panasonic, VAIO, and Transcosmos, plus the listing of the coin on most major exchange platforms does inspire at least some confidence against the idea of fraudulent intentions. Assuming JASMY can overcome the reasons for skepticism, it’s likely to be a reliable gainer over time, rather than a “pump-and-dump” type of investment. With the future headed towards the realization of a digital society, JASMY could be showing us hints of a promising rise to come.