What is The Jet Token – Flying High or Falling Investment?

Jet Token is a USA based charter and membership program founded in Israel in 2018. Although it functions mainly as a booking platform, Jet Token aims to “democratize” private jet aviation in a hassle-free and unique way. 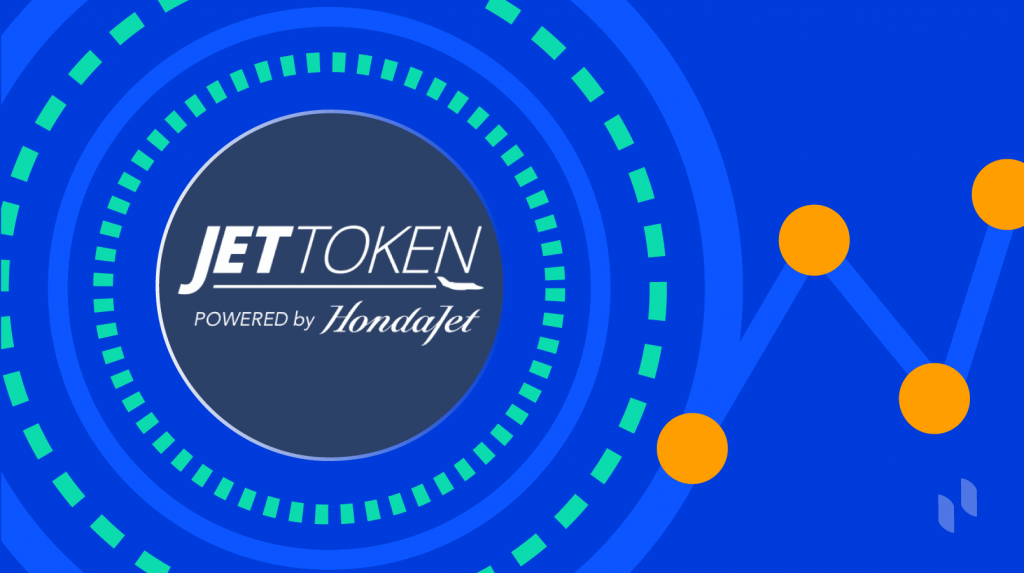 Through blockchain technology, the company is creating a transparent, secure, and potentially lucrative opportunity to invest in an industry that contributes $200 billion to the US economy. If they are able to implement their plan to include a utility token, they will firmly move private aviation into the digital age. As of today, Jet Token is valued at $124 million.

What Is Jet Token?

Jet Token is a booking platform that brings together private jets and commercial flights from third parties to offer a more affordable and convenient way to travel. Through this platform, Jet Token is looking to revolutionize a form of transportation that was previously inaccessible to most. Allowing for various forms of membership and investment, it aims to demystify the industry and open it up to a wider range of customers. The platform accepts both crypto and fiat currencies and plans to build an app on the Ethereum network. Though there are other private charter companies doing similar things, Jet Token is setting itself apart by “democratizing” the industry.

How Is Jet Token “Democratizing” the Private Jet Industry?

Jet Token’s chairman and founder Michael Winston and CEO George Murnane argue that the platform brings jet travel to the people in a variety of ways:

Why Does Jet Token Use Blockchain Technology and Cryptocurrencies?

As the private jet industry modernizes, it has started to incorporate blockchain technology and cryptocurrency. In line with this trend, Jet Token accepts major cryptocurrencies, such as Bitcoin (BTC). This not only attracts new wealth, such as tech-savvy, cash-focused Silicon Valley entrepreneurs, but also allows for a series of advantages:

Despite being very future oriented, the company remains cautious due to the volatility of cryptocurrencies. Before confirming a booking paid for with cryptocurrency, Jet Token’s payment processor promptly converts the payment to fiat currency.

What About Jet Token’s Token?

Currently, Jet Token’s token is only used behind the scenes on the platform itself when a member trades their unused flight time. The members themselves never touch the crypto.

As stated in the “Risk Factors” section of its offering, Jet Token has not yet created digital client wallets where members can pay for and trade flight hours with the company’s own token. The company hopes to eventually launch such a utility token, and make it redeemable on both the Jet Token’s own fleet (which began taking shape in May 2021) and on third-party carriers. This will be done through the Jet Token app, which will be run on an Ethereum-based blockchain network.

However, all of this is still uncertain. The company recognizes not only that its business could be affected by any issues with Ethereum, but also that the Jet Token platform may not ever be launched in its fully automated form.

Currently, the system requires manual booking confirmation from Jet Token’s headquarters. Continuing to rely on a manual component would not affect Jet Token’s goals, but it would mean the platform retains a broker-like element. This limits its speed and accessibility compared to mainstream travel booking platforms such as Expedia.

In addition, Jet Token’s business model relies on connecting its redeemable Jet tokens with the blockchain. However, depending on their structure and use, the tokens could be considered a security, making their sale subject to the Securities Act. Therefore, Jet Token faces the challenge of structuring its tokens in a way that enables trade on the blockchain but avoids classification as a security. With such new technology and constantly evolving relevant laws, Jet Token is carving its path cautiously.

Is Jet Token Actually Valuable to the Crypto World?

It would seem that the only thing crypto-related about Jet Token is its use of blockchain technology and its name. Even if things move forward in the way the company hopes, the token will only be a utility token, and will thus have no value outside the company. If you engage in this investment opportunity, then you won’t be investing in the token, but rather in the company known as Jet Token. That said, the company’s use of blockchain technology could open the door to future blockchain applications in aviation, including trade, passenger safety, and beyond.

Covid-19: An Investment Curse or Cure for Jet Token?

The Covid-19 pandemic slashed both business and leisure travel, which heavily impacted the aviation industry. Even some of the world’s largest private aircraft operators faced near-zero traffic between March and April 2020, with some choosing to ground their fleets entirely.

After countries began to lift restrictions and public sentiment improved, private travel for the holidays started to grow. In the summer of 2020, numbers came close to, and in some cases even surpassed 2019 summer figures. As restrictions continue to relax while travelers still wish to avoid crowds, wealthy vacationers may keep chartering private jets throughout the summer of 2021, and Jet Token will be a part of the action. However, once the summer ends and the industry again relies on its core business clientele, new work-from-home practices, and companies’ environmental stances might limit growth.

Is Jet Token a Good Investment?

At only $0.75 a share and with a minimum investment of $99 (equivalent to 132 shares of non-voting common stock), Jet Token offers an investment opportunity to the less wealthy. However, the company has less capital and experience than its competitors, such as JetSmarter, NetJets, and JetSuite. As such, it will need to rely on its investors and attraction power to grow and be a profitable investment.

According to Start Engine, the company has already raised $11 million from over 27,000 investors, $10 million of which was raised in 2020 alone. This shows that there is faith in Jet Token’s business model. Its current offering, Reg A+, has accumulated another half-million dollars, and is growing despite fluctuating rules on travel.

Jet Token seems to have a noble goal: making international private travel accessible to a broader group of people. It also seems to be going in the right direction for future development: exploring innovative technology and opening it up to new uses in a new industry.

However, the company is still young, employs only three pilots, and will only be receiving a delivery of its first four aircraft this year. This may not be an issue, as the company partners with thousands of third-party aircraft and pilots. But as ever-changing border restrictions and some lingering unease still make some travelers hesitant to fly, more established companies may have the advantage.

To make matters more challenging, Jet Token is still developing its two main competitive edges — its use of blockchain and its offer of mixed charter and commercial planes in one booking. With Jet Token’s innovative ideas, its future could certainly be bright, but at this point, it’s still too early to say.