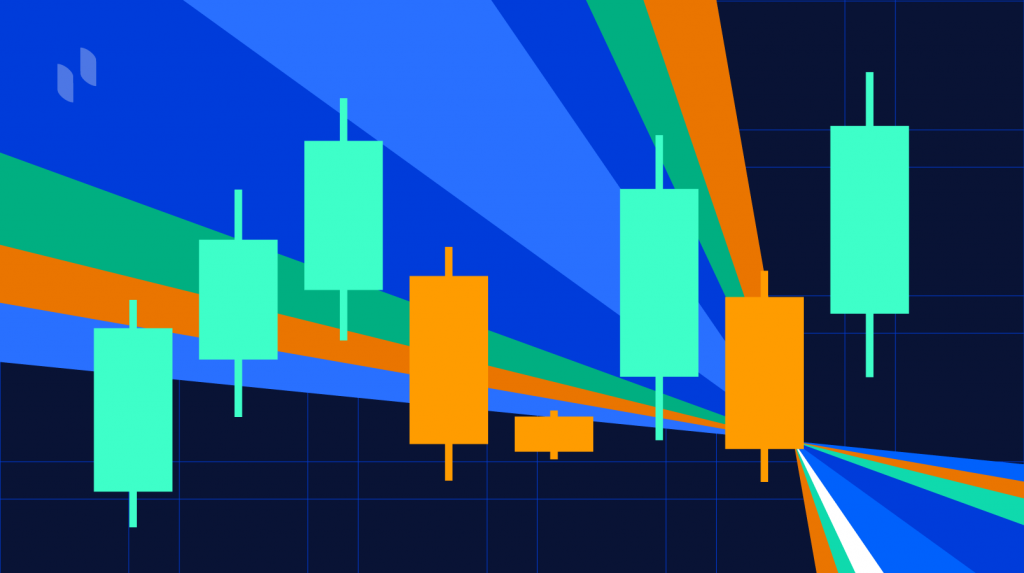 People who are knowledgeable about technical indicators and active in the investment world are probably familiar with the name W.D. Gann and his famous Gann trading theory. However, for those unfamiliar, William Delbert Gann was a finance trader who started his trading career in 1902. He is famous for designing various technical analysis tools like WD Gann Angles, Square of 9, Hexagon, and more, of which these rules range from basic money management principles to advanced trading techniques.

Although these rules were made over a hundred years ago, they are just as true today, which is why they are widely used by traders for all kinds of investment vehicles, including stock markets and cryptocurrencies.

What is Gann Trading Theory?

Gann’s theory predicts stock and asset’s movement by taking into account a market’s past, present, and future. The aim is to understand that at different times, different aspects will influence the market. Therefore, Gann used geometric proportions like squares, triangles, and circles in his analysis along with various astrological angles and formations to predict the price movement of an asset ora stock. However, at its core, Gann theory is based on three general areas of prediction:

W.D. Gann defined the 90-year cycle as: “When we start from Sunrise or the Horizon and measure to Noon, we get an arc of 90 degrees, which is straight up and down starting from the bottom. 90 months or 90 years is a very important time period. The 90-Year Time Cycle is one of the very important ones because it is two times 45. This time period must always be watched at the end of long time periods.”

How to Use Gann Theory for Intraday Trading?

Gann Square 9 Strategy: Though Gann was not a stock trader, day traders across the world still use his rules, especially the square of 9 methods. It helps in identifying price and time alignment to predict prices. 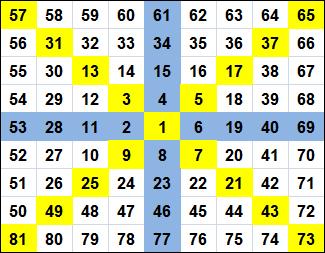 Gann square of 9 means that a geometrical structure has 9 * 9 = 81 numbers. As seen in the above picture, the static square has the number 1 at the center, representing the historic low of the time series in the center. This value is then increased by moving in a spiral form.

Traders struggling to use the strategy to create a square 9 indicator can learn how to trade Gann square on Tradingview as they have simplified the process in their step-by-step guide. 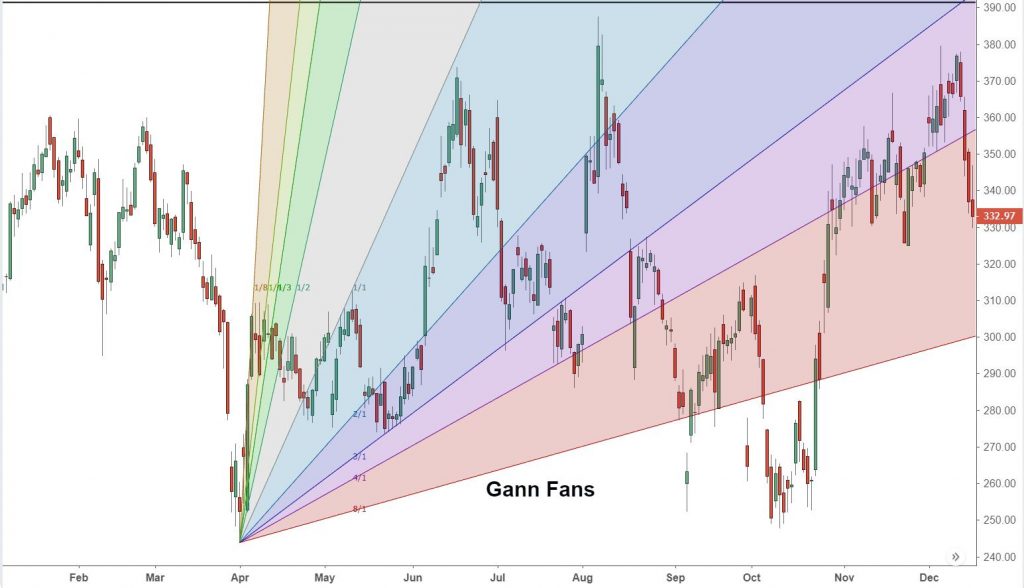 They are superimposed over a price chart to help traders predict price changes. These angles are drawn across a price trend at 45 degrees. However, in order to ensure that the angle has a true 45-degree angle line, a Gann Fan can be drawn at a reversal point. In the case of a different angle of the 1/1 line, this strategy can be misleading and useless.

An ideal Gann fan will introduce you to a new world of support and resistance, to make the most of it, integrate Gann fan with different technical patterns like ascending broadening wedge and rising wedge to find important exit and entry points.

Gann based his price movement predictions on price, time, and range almost a decade ago. His theories are still employed because of their simplicity and potential to achieve successful returns. Although Gann has dictated all the trading principles and rules succinctly, the average investor should try to fine-tune his theory and use it in conjunction with various technical indicators and charts.