The 3 Most Important Triangle Patterns in Crypto Explained

What are Triangle Patterns?

Chart patterns are one of the technical analysis tools used by traders to predict any given market’s future direction. Triangle patterns are a variant of continuation patterns, indicating whether a particular trend is likely to continue. They tend to appear often in the bitcoin and other cryptocurrency markets. Therefore, BTC traders can use triangle patterns as one means of timing a trade. 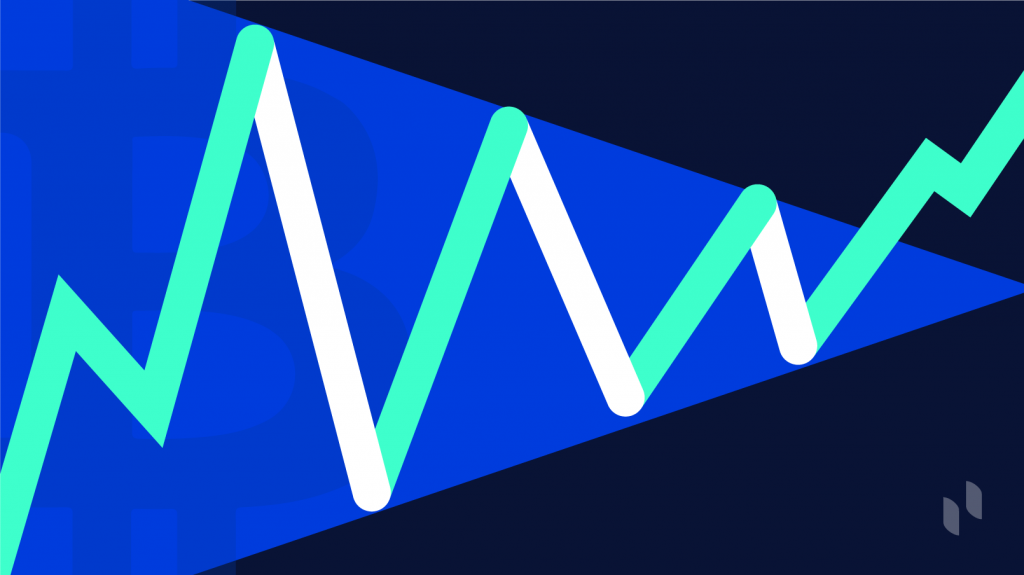 Ascending triangle patterns indicate a bullish outlook. The top trend line illustrates the overhead resistance level, which is relatively flat. The bottom trend line shows the upward direction of the market, with progressively higher support levels as the trend continues. 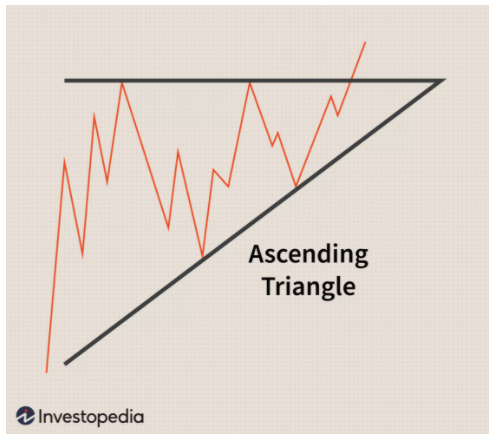 Descending triangles illustrate the opposite market trend – a bearish movement. In this case, the bottom trend line shows a flat price support level, while the top line indicates progressively lower resistance as the pattern plays out. 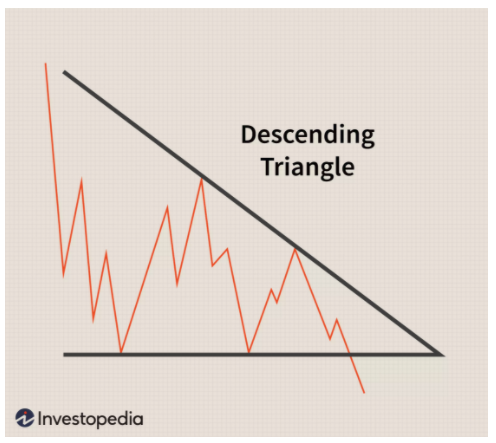 Price volatility narrows as the bearish sentiments start to take control of the markets. Therefore, descending triangle patterns indicate that traders can enter with a short position to capitalize on the further downward movement.

Whereas ascending and descending triangle patterns show a fairly obvious upward or downward market movement, symmetrical triangles generally indicate market indecision before a breakout. They’re characterized by two converging trend lines that show a progressively narrower trading range with support and resistance moving closer together. As the market becomes indecisive, the symmetrical triangle indicates that we can expect an upcoming breakout or breakdown. 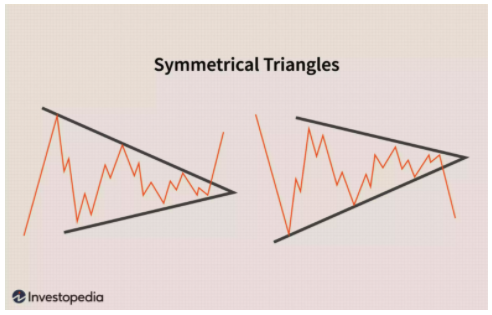 While they show fairly neutral market movements within their boundaries, symmetrical triangles often favor the market’s general direction. In other words, a bullish trend before the market started to consolidate into a symmetrical triangle likely means another breakout. The reverse is true for bearish markets.

Once the price starts to move in one of the two directions following the identification of a symmetrical triangle, traders can open their positions accordingly.

Symmetrical triangles are rarely perfectly formed, so beware not to invalidate what price movements tell you just because the pattern itself isn’t an ideal fit for the conditions. Technical analysis is more about learning to read critical market signals than creating impeccable patterns.

How to use Triangle Patterns to trade crypto?

When using triangle patterns, most traders aim to capture a breakout that occurs at the end of trend lines forming the pattern. A more advanced strategy, but one that should be used with caution, is known as the anticipation strategy. Here, traders assume the triangle pattern will hold and predict the breakout’s direction. They then open a preemptive position based on their prediction.

For example, let’s say a trader sees the formation of an ascending triangle, which generally indicates an upcoming bullish breakout. The trader would then place an order near the triangle’s support line. By placing an order at this level, rather than waiting for the bullish breakout, they can potentially capture more profit.

When employing this strategy, which is much riskier than waiting for a breakout, it’s crucial to ensure that enough price data and a clearly visible triangle pattern are present before continuing. The price should touch the resistance level (for an ascending triangle) or the support level (for a descending triangle) at least twice, and the entry should only take place on or after the third touchpoint.

Although triangle patterns are considered some of the more reliable technical indicators, they cannot offer any cast-iron certainty about market movements. Therefore, it’s essential to use robust risk management practices to ensure you don’t end up on the wrong end of a losing trade.

Entering a long position based on a triangle pattern

When entering a long position based on an ascending triangle pattern, it’s advisable to set a stop-loss somewhere around the level of the most recent low point. If the market dips below that, the trend has likely peaked, and the sell-side will gain dominance.

Entering a short position based on a triangle pattern

Similarly, when entering a short based on a descending triangle, setting a stop-loss around the same price point as the most recent high will mitigate the damage if bullish sentiments prevail after all.

Exit a trade based on a triangle pattern

To calculate the right price to exit the trade in profit, you can use the vertical line at the triangle’s opening point. A general rule of thumb is to exit the trade when the same price movement has occurred. So if you enter a long trade based on an ascending triangle pattern that opened with a $5 price movement, then you should set your take profit after the BTC price has risen by another $5.

Finally, when using any triangle patterns, it’s also worth making sure that the breakout indicator isn’t a false signal by checking that there is enough volume to demonstrate that the trend is likely to continue. Price movements based on low volume may not be reliable enough to justify entering the trade at that point.

Before putting any of this into practice, take a look at some historical BTC trading charts and try to identify where you can see different variations of the triangle pattern for yourself. This will help to ensure that you’re ready to spot an emerging triangle continuation pattern when you’re in a live trading scenario.