What is Cartesi: Bringing A Familiar Language to Blockchain 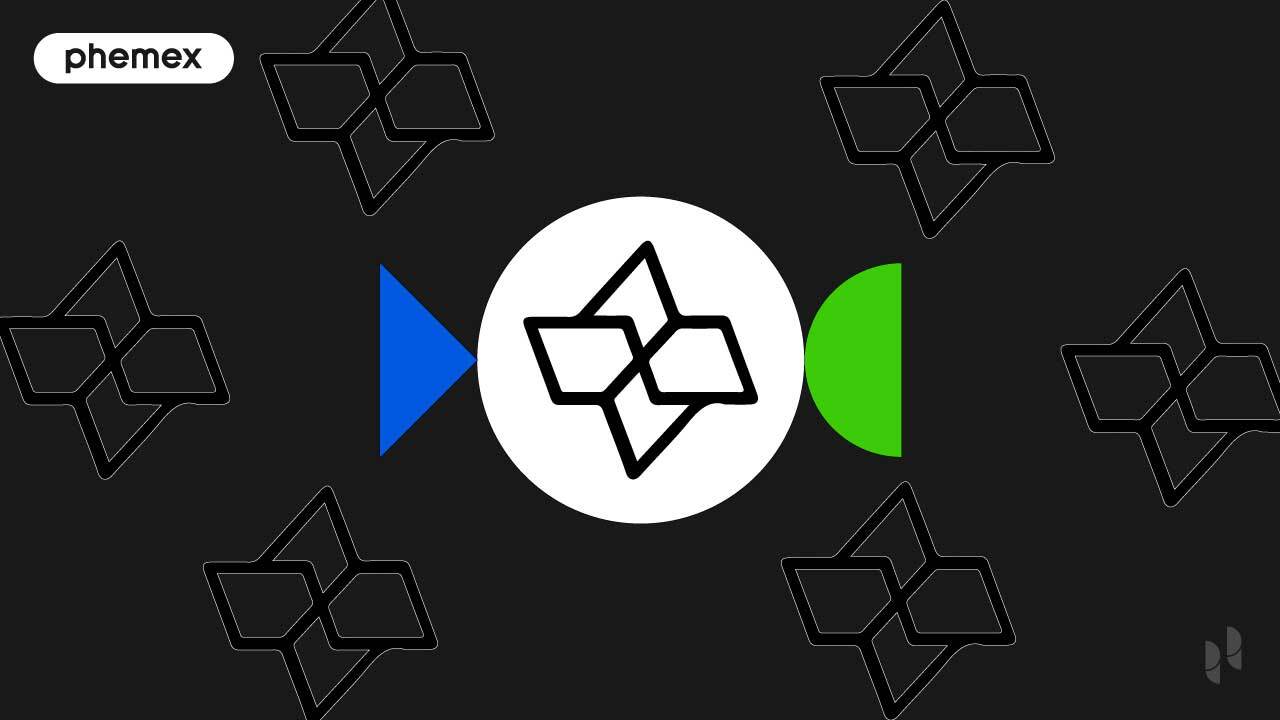 Now, most of these smart contracts are developed using the Solidity programming language, which means that any developer who wishes to build a DApp needs to have knowledge of Solidity. This limits the growth of the whole blockchain industry as developers with “traditional” programming backgrounds have to scale a new learning curve, and oftentimes, it can be steep.

Cartesi aims to close this gap between blockchain and legacy software environments by creating a new operating system, just like Mac OS, Microsoft Windows, Google Android and Linux–but on the blockchain.

And yet, it is not entirely new.

Cartesi (CTSI) is a decentralized Layer 2 infrastructure that aims to help developers from “traditional” programming backgrounds build apps on the blockchain using a programming environment they are already familiar with–Linux.

Positioned as “the first operating system on the blockchain,” Cartesi’s Layer 2 integrates Linux as well as other standard programming environments to the blockchain, enabling developers to transfer their existing programming expertise to the world of DApps–which in turn accelerates the development of Web 3.0.

This approach contrasts that of many other blockchain platforms which use Solidity, the programming language used to construct smart contracts on the Ethereum blockchain–and anyone who has spent any amount of time in crypto at all knows that Ethereum is currently facing serious scalability problems, which have resulted in congestion and sky-high transaction fees.

How Does Cartesi Work?

As a Layer 2 infrastructure, the Cartesi blockchain OS, in combination with its Linux capabilities, aims to create an environment where scalable smart contracts and DApps can be created independently by developers.

There are three key pillars to Cartesi’s technological innovation:

On the Cartesi blockchain, the state of its virtual machine is signified by a cryptographic hash which contains information about the beginning and end states of Cartesi’s off-chain DApp operations. This guarantees the authenticity of its off-chain networks. Cartesi is also able to execute transactions off-chain on Noether, after which it passes across the data to the chain.

Cartesi’s use of both off-chain and on-chain components is aimed at creating a decentralized and more scalable platform that offers developers more flexibility. Adding to this flexibility is the fact that Cartesi’s DApp building platform is not limited to the Cartesi blockchain OS, but can also be used on other blockchains like Ethereum.

Who Is Behind Cartesi?

Among the leading figures of the Cartesi team is CEO and co-founder Erick de Moura (CEO), who worked as a software developer at Arizona Bay and as an engineer at WebRadar. He was also a software designer at WiNGs Telecom.

Augusto Teixeira, Cartesi’s Chief Scientific Officer (CSO), previously worked as a postdoctoral researcher at Ecole normale supérieure, a university in France. He also works as an Associate Professor at IMPA and specializes in probability and graph theory.

Colin Steil is another co-founder and the current Chief Operations Officer (COO) of the company. He formerly worked as a program ambassador at Anchor Taiwan, Global Partnership manager at Chinaaccelerator and Mobile Only Accelerator, and co-founded the Canada China Youth Foundation.

What Is the Cartesi Coin (CTSI)?

The Cartesi coin (CTSI), is Cartesi’s native utility token used to power its Noether sidechain operations. The CTSI coin is also used by the platform’s participants to pay the transaction fees in order to store data on the sidechain.

In addition, the CTSI coin is used to secure the chain and verify blocks. When participants stake their Cartesi coins (holding cryptos in their wallet for a specified time period), they are rewarded with more CTSI coins. This staking security method, known as Proof-of-Stake (PoS), randomly selects nodes and qualifies them to validate and create blocks.

To understand the CTSI coin’s price prediction, it is important to know its history. Cartesi’s native token, CTSI, was launched in April 2020 during its initial coin offering (ICO) at the price of $0.05 per coin and fluctuated between $0.03 – $0.05 up until early 2021.

By February 2021, the CTSI crypto price started to see a steady rise, reaching an all-time high of $1.74 in May 2021. This peak corresponded to the unlocking of the CTSI token, scheduled once every 3 months. Its first token unlock was in late January 2021 where it saw the beginning of its growth trend. By early May, roughly three months later (around the next token unlock), it saw its greatest all-time spike.

Following this, however, CTSI saw a price correction and continued to drop up until its next token unlock, which happened at the end of July and prompted another upward trend in early August. The next biggest spike was in mid-November, where it reached a price of $1.44, which again was a result of the token unlock in late October 2021. Since then, the price has trended downward in line with Bitcoin’s price action and that of the overall crypto market.

At the time of writing, the Cartesi coin (CTSI) is valued at a price of $0.15 with a circulating supply of approximately 59 million CTSI coins for a market cap of $84 million. 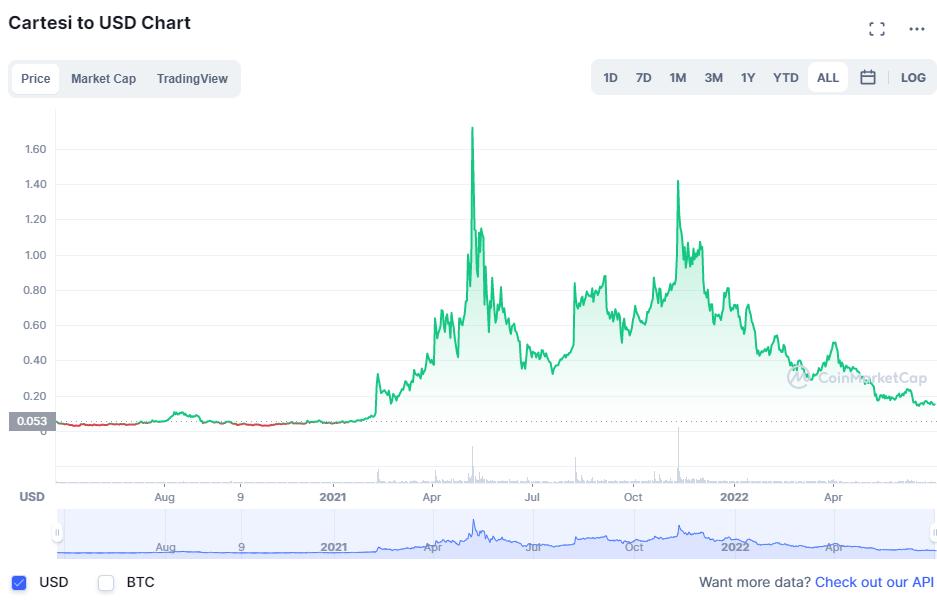 CTSI price history from April 2020 to May 2022 (Source: CoinMarketCap)

How to Buy Cartesi Coin (CTSI) on Phemex?

Phemex offers both spot and contract trading for investors to choose from. However, for beginning crypto buyers, spot trading is recommended. To buy CTSI on Phemex, follow the instructions below.

Conclusion: What Is the Future of Cartesi?

Cartesi’s approach of fusing the old with the new to solve a very real and pressing pain point is one of the most interesting examples of innovation at play in the world of crypto. By offering a Linux environment, Cartesi connects an established software stack and a ready pool of talent with the power of blockchain.

From its June 2022 report, development is actively on-going even as the crypto market is in the doldrums. Its Cartesi Rollups is now in alpha release, and it has completed another milestone for its mainnet. It is also developing a fully decentralized Poker game on top of Polygon’s PoS chain. Prospective investors would do well to keep an eye on this project’s progress.