At the end of June 2021, Twitter announced its own non-fungible tokens (NFTs) that users can obtain for free by replying to a set of tweets. Twitter’s NFTs were minted on the Ethereum-based (ETH) Rarible, where users can also place bids to purchase the NFTs from the current owners. So far, the cheapest Twitter NFT starts its bid at 100 ETH, worth $317,000. On the other hand, the most expensive Twitter NFT starts its bid at 500 ETH, which is worth $1.66 million. 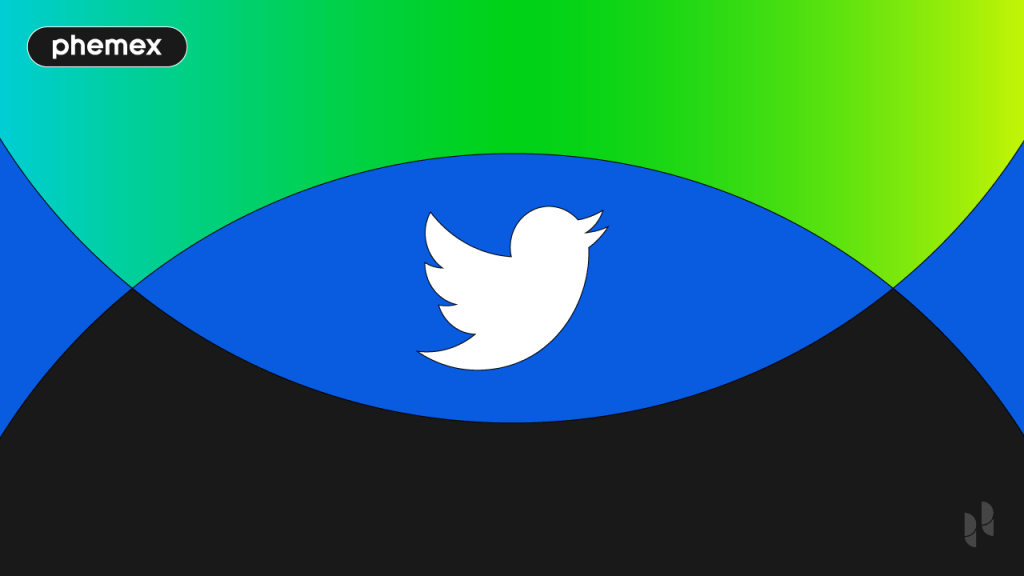 Tweet-based NFTs were part of this craze with its most well-known sale in March 2021 when Twitter CEO Jack Dorsey sold his first tweet as an NFT. The content of the specified tweet is shown in the figure below. This particular NFT was minted on Cent’s Valuables and sold for a price of over 1600 ETH, worth $2.9 million at the time. After receiving the payment, Dorsey converted the ETH into Bitcoin (BTC) and donated them to GiveDirectly to aid the COVID-19 response in Africa.

The successful sale of Dorsey’s first tweet also possibly fueled Twitter’s interest in NFTs. This is because a few months later, on June 30, Twitter released its own NFT collection called “The 140 Collection.” The collection features a series of animated artwork with themes related to the social media app. In a tweet, the social media giant unveiled the seven unique Twitter NFT designs, with 20 available in each design, totaling 140 NFTs, which is a nod to its previous 140-character limit per tweet.

These Twitter NFTs were minted on Rarible. Any Twitter user had a chance to obtain one of these NFTs for free by replying to the particular tweet. The selected Twitter users would then receive directions on how to claim the NFTs from the company via Twitter’s direct messages. The seven designs of Twitter’s Rarible NFTs are as follows:

In a report released a day after the release, a spokeswoman from Twitter stated that there are over 29 million tweets on its social media platform that mentioned NFTs. She clarified that the popularity of NFTs on Twitter is the main reason the company is experimenting with NFT-based artwork or video clips. She also mentions that the social media giant has no further plans for other NFT-related projects beyond the sudden giveaway.

As previously mentioned, the Twitter NFTs were minted on Rarible, a platform that allows users to mint, sell, and place bids on digital collectibles. Similar to Cent’s Valuables, the platform is built on the Ethereum blockchain. However, Valuables’ NFTs and their associated metadata reside on the Matic Network, now Polygon (MATIC), a separate blockchain that processes transactions off Ethereum for scalability purposes.

In contrast, the Twitter NFTs live on Ethereum’s blockchain. This is an issue for Rarible as Ethereum historically suffers from high gas fees due to network congestion during periods with high trading volume. As a solution, Rarible plans to expand its NFT marketplace on the Flow blockchain, which may lower costs and increase transaction speed. However, it is not clear yet if Twitter NFTs will migrate from Ethereum to Flow.

Instead of tweets, the NFTs created by Twitter are based on animated GIFs. However, the actual artwork and Twitter logos are not embedded or stored within the NFTs. Additionally, ownership of the Twitter NFTs does not mean that the NFT recipient owns the tweets or artwork. According to Twitter, ownership of the Twitter NFTs only gives the owner access to the artwork.

Twitter’s terms, which are governed by California state law, state that the owner of a particular Twitter NFT can only use it for personal and non-commercial purposes. This means that owners can still sell their Twitter NFTs on Rarible. Furthermore, the terms state that the owner cannot use the NFTs in connection with non-Twitter products or services or in any way that may harm Twitter’s brand. Violation of the terms may result in a $100 fee.

Currently, 138 NFTs have been distributed for free, with Twitter owning two NFTs of which one is “Building Characters” and the other is “Rare Form.” The only way to obtain a Twitter NFT now is to bid on the NFTs available for sale on Rarible. Currently, only nine NFTs are available for sale. The cheapest Twitter NFT is “Reply Guy,” with a listing price of 100 ETH, worth $317,000. The most expensive Twitter NFT is “Rare Form,” with a listing price of 500 ETH, worth $1.66 million. The other NFTs for sale include “First Born,” “Vitamin T,” “twttr jggl,” and “Building Characters.”

Interested buyers will need to connect their Ethereum-compatible wallet and have some amount of wETH (wrapped ETH) in the wallet. Wrapped ETH is an ERC-20 compatible version of ETH that enables the exchange of ETH for other ERC-20 tokens. The price of wETH is equivalent to the price of ETH. Once the buyers place a bid, they would need to wait until the owner accepts the bid and completes the transfer of the NFT. When placing a bid, users need to pay an additional 2.5 wETH service fee. Currently, most offers are well under the NFT listing price, with the lowest being 3.6 wETH and the highest at 9.5 wETH.

When the NFTs were launched at the end of June 2021, some NFT owners sold the Twitter NFTs for prices as low as 6 ETH.  As of mid-August 2021, the recent Twitter NFT transactions involved around 35 ETH to 70 ETH. The prices for the Twitter NFTs in ETH increased by more than 500% and are now incredibly high, possibly fueled by the NFT resurgence that began in July 2021. Another possible reason for this price hike is that the previously mentioned spokeswoman for Twitter mentioned that the company has no plans for other NFT-related projects. This makes the Twitter NFTs scarce, thereby possibly pushing up the price.

Nonetheless, there may be a possibility that the price will fall as the NFT craze fades. This was observed before where NFTs dropped in price when the previous NFT wave slowed down. Reports claimed that the average prices of NFTs plunged by 70% from $4,000 in February 2021 to $1,300 in April 2021.

Even though the Twitter spokeswoman claimed that there are no other NFT-related plans in development, Jack Dorsey has mentioned the possible integration of cryptocurrency into Twitter. Additionally, Dorsey is crypto-friendly, and Square, his digital payments firm, also purchased millions of Bitcoin (BTC) earlier this year and is building a decentralized finance (DeFi) business for the coin. Thus, the social media giant may just be testing the waters of the crypto world by suddenly announcing an NFT giveaway to see its users’ reactions. It is possible that Twitter may release more cryptocurrency-related features and NFTs in the future. However, as long as the newer NFTs are different from the current Twitter NFTs, the scarcity will stay the same, resulting in unaffected prices.

Twitter is a newcomer to the NFT world. The social media giant released its first official NFT collection called “The 140 Collection” in June 2021. As the name implies, there are 140 NFTs in the collection. The collection features seven NFT designs, with 20 NFTs available for each. The designs are specifically related to Twitter’s brand. They include themes such as the evolution of the Twitter logo, the increase of the character limit per tweet to 280 words, and Jack Dorsey’s first tweet. The Twitter NFTs were minted on Rarible, an Ethereum-based platform where users can mint, bid, buy, and sell various types of digital collectibles.

The cheapest Twitter NFT starts from 100 ETH and the most expensive starts from 500 ETH. The current prices are much higher than the initial 6 ETH price tag on a few of the NFTs near the collection launch. The recently renewed NFT craze is possibly one of the reasons for the price hike. Once it cools down, the price may fall to a more reasonable value.