Reserve Rights (RSR) is the main token of the Reserve human rights movement which aims to provide decentralized banking infrastructure to regions affected by hyperinflation. The Reserve Rights coin is trading at $0.015 with a market cap of $220 million. The circulating supply is 15 billion and the maximum supply is 100 billion. 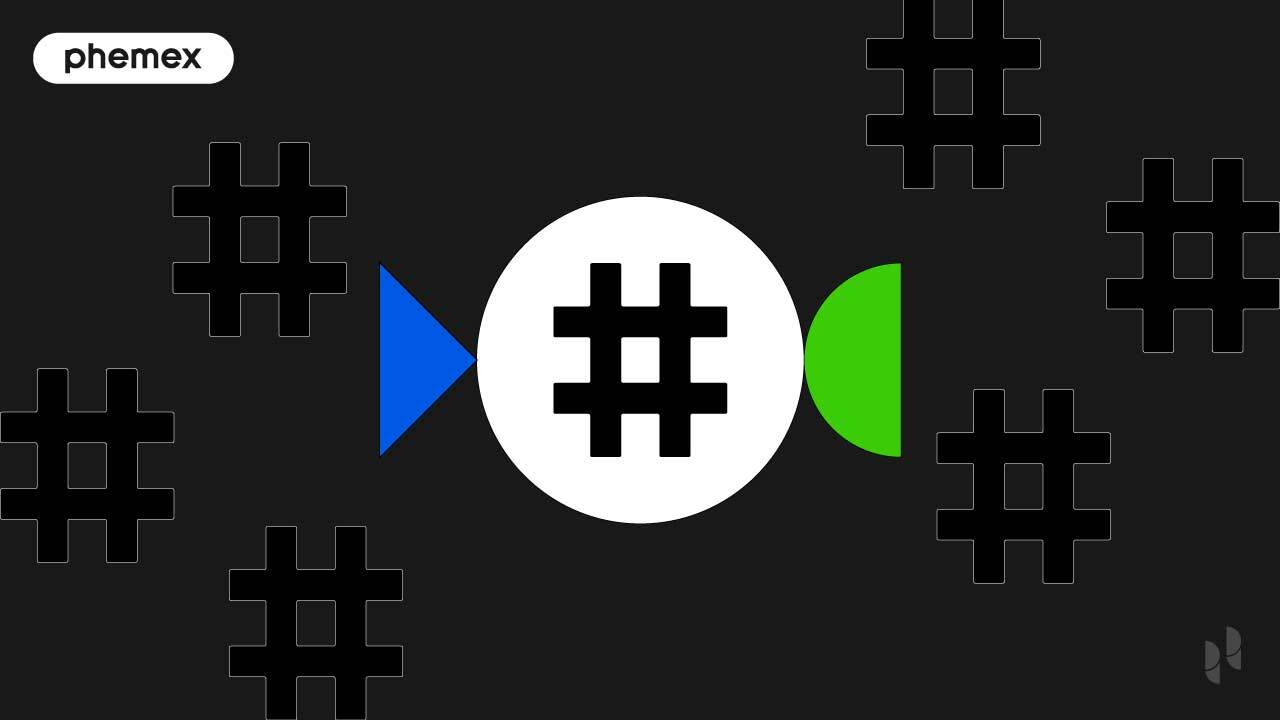 What is The Reserve ecosystem?

The Reserve stablecoin (RSV) is the pillar by which humans in affected regions can access dollars using the Reserve App (iOS and Android). The RSV stablecoin is backed by real dollars and the team plans to build a universally-backed cryptocurrency that could be used in all regions affected by hyperinflation. The RSR mainnet launch is scheduled in the near future. 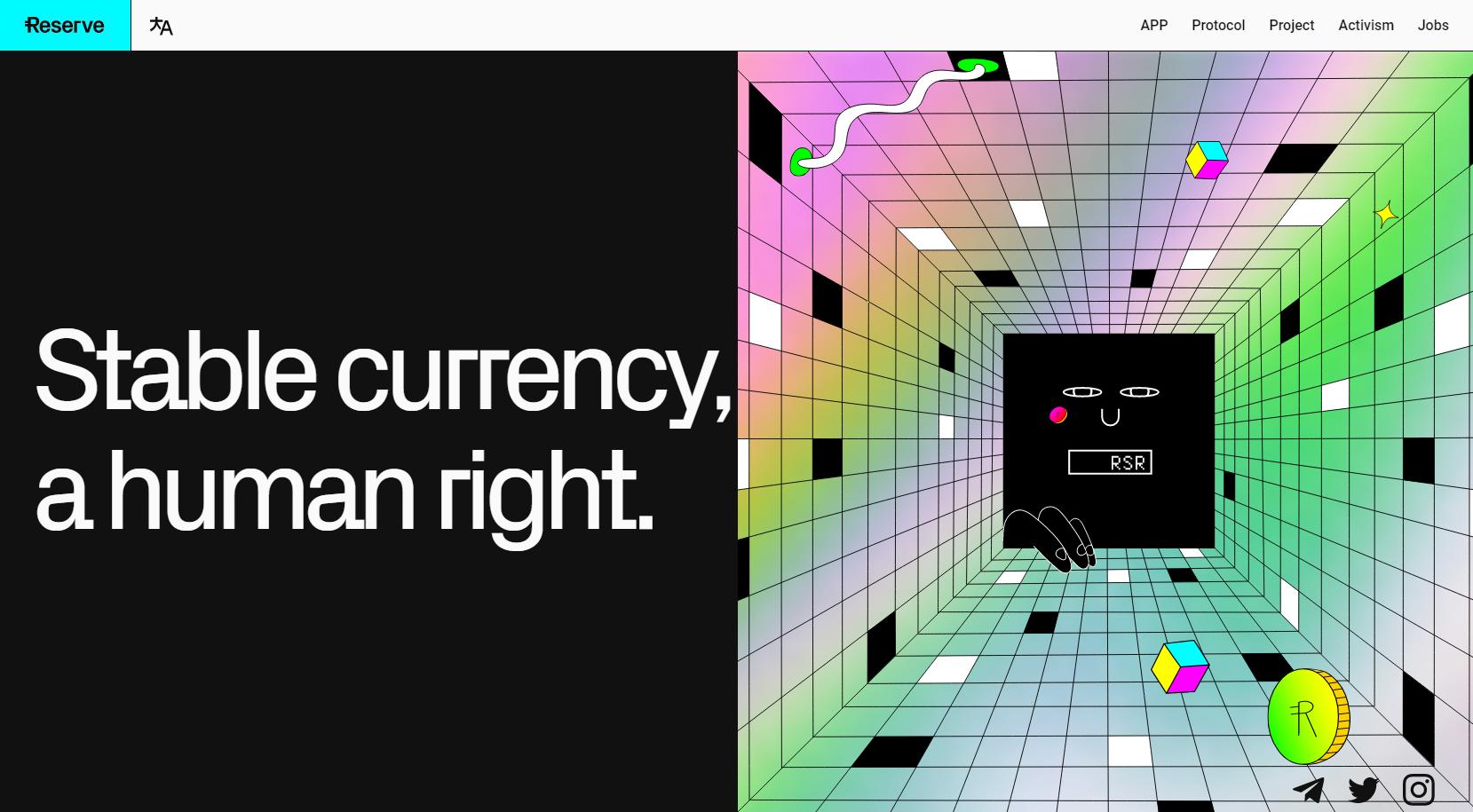 The Reserve ecosystem is backed by the largest venture capitalists in Silicon Valley including Peter Thiel and Sam Altman. The Reserve App provides access to capital in countries primarily hit by hyperinflation in Latin America such as Venezuela, Colombia, Peru, and Argentina. The Reserve mobile app processes 15,000 transactions per day and payment volume is close to $2 million per day.

RSR is now available on Phemex:

What Is RSR’s Mission?

Reserve is primarily a human rights movement that aims to tackle hyperinflation at a global scale. Hyperinflation is an economic catastrophe that can destroy people’s life work overnight by devaluing their savings and inherently decrease their net worth.

Hyperinflation often occurs when countries print money to pay debt or when there’s societal instability caused by regime change or war. The economic effects of hyperinflation affect all citizens because the price of goods surges and the value of the currency in exchange for “stable” fiat currencies such as the USD or EUR plummets.

Countries worldwide struggle with inflation, but hyperinflation has mainly persisted in Latin America. The recent war in Ukraine is another example of hyperinflation affecting both the Ukrainian and the Russian populace. Once currencies lose value compared to the US Dollar, the price of goods skyrockets and citizen’s living standards plummet.

The Reserve team leverages blockchain technology to process dollar payments digitally without any intermediaries. Their task is to develop financial instruments that people in affected regions can use to get instant access to dollars and preserve their standard of living.

RSR uses collateral-based stablecoins such as True USD (TUSD) that are backed by cash and allow them to back the value of their RSV stablecoin. A user in an affected country could instantly get access to dollars and withdraw them to their bank account using the Reserve app.

In the future, RSR plans to expand beyond Latin America and target primarily undeveloped regions that lack access to stable currencies. This is tied to the mainnet launch when the Reserve protocol will fully launch on the Ethereum mainnet and the mobile app will expand to other global regions.

Who Is Behind Reserve Rights?

Reserve Rights was founded by Matt Elder and Nevin Freeman, two Silicon Valley-based entrepreneurs. Nevin Freemen is currently the CEO of Reserve and his life goal is to tackle global problems that affect humanity and stop it from reaching its potential.

The most notable RSR investors are billionaire investor Peter Thiel who co-founded PayPal with Elon Musk and was one of the earliest VC investors in Facebook. Peter Thiel envisions Reserve Rights as a mini Federal Reserve that works for humans. The other notable investor is Sam Altman, the CEO of Y Combinator, which is Silicon Valley’s most renewed start-up accelerator.

The team launched the Reserve network in 2020 and has since expanded significantly in five countries with dozens of engineers and legal staff. The full backing of Y Combinator and Peter Thiel will allow them to expand beyond their current reach once the protocol is developed and ready for mainnet.

What Is The Reserve Rights (RSR) Coin?

The Reserve Rights coin, RSR, is the main coin of the Reserve ecosystem. The coin was launched in May 2020 by carrying out an ICO (Initial Coin Offering). According to the Reserve team, the RSR coin has no inherent utility except to vote on governance proposals and back the value of the RSV stablecoin when it loses its peg.

RSR can now be traded on Phemex:

The RSR coin is volatile, which means it’s used primarily for crypto speculation and cannot be used in unstable environments. Humans in affected regions will use the Reserve app with the RSV stablecoin, but if it loses its peg from $1 when more are minted to pay for services, the RSR coin will be sold and the proceeds are used to back cash liquidity and retain the peg.

There are 100 billion RSR coins in existence, out of which only 15% are circulating. More than 50% of the total supply is allocated to a “Slow Wallet” of which a portion is released when there is a need for additional collateral backing of the RSV stablecoin. Each release is backed by an explanation.

The long-term idea behind the RSR coin is to create an alternative to the current cash system by creating a volatile coin that represents a fractional (partial) ownership in a larger collateral fund. While the RSR coin has no practical utility at the moment, ownership of this coin could translate to ownership of the Reserve fund in the future (once the mainnet launches). This is why the RSR coin is almost 10x larger than the RSV stablecoin by market cap.

What Is The Reserve Token (RSV)?

The Reserve Token, or RSV, is the stablecoin token that’s pegged to the value of 1 USD. The RSV token supply is minted by the “Reserve Vault” smart contract and it operates as an ERC-20 token on the Ethereum blockchain. RSV is used by users in affected areas to make transactions in dollars.

The Reserve Mobile app provides access to the reserve stablecoin and users can send money to each other without any fees. The RSV stablecoin is fully backed by dollars. There are currently 28 million RSV coins in circulation, which means there’s a total of $28 million in backing for these coins.

The coins are backed by three crypto stablecoins: True USD (33%), Pax Dollars (33%), and US Dollar Coin (33%). Each one of these stablecoins is vetted by the US government for backing and users can instantly redeem them using bank transfers or cash.

The RSV coin is redeemable for USD at a 1:1 ratio, but it can sometimes lose its peg by a fraction of a percent. Arbitrate bots often buy up the difference and if the coin deviates from the $1 peg, the Reserve team sells RSR and immediately restores the peg.

What Is The Reserve Mobile App?

The Reserve mobile app is an app on the Google Play and App Store that’s free to use and only available to users in five countries: Argentina, Venezuela, Colombia, Peru, and Panama.

The Reserve app is available in Spanish and users transfer nearly $2 million in RSV tokens per day. Users can send each other money inside the app or withdraw the money to their wallets. They can also convert the assets and obtain the cash via wire transfers.

Reserve Mobile app is available for iOS and Android.

The Reserve wallet app is entirely decentralized and provides banking services such as saving, spending, and currency conversion without the need for a local or US-based bank account. Users can also choose their domestic currency to RSV to get started. For instance, Venezuelan users can convert the Venezuelan Bolívar currency into RSV which immediately gives them access to dollars.

Independent Liquidity Providers (ILPs) are used to facilitate the transfer of crypto and dollars in a decentralized manner. These liquidity providers are vetted by the Reserve team and they can set the exchange and commission rate for money transfers on the app. The amount of liquidity providers available to a person are based on the region and the use of the Reserve app.

What Is The Future Of The RSR Crypto?

The RSR crypto will continue to grow as the team has recently expanded their mobile app offering to two new countries (Peru and Panama) and are actively working on releasing mainnet for RSR which will allow them to expand the scope of their reach. The financial backing by large Silicon Valley VC’s can certainly propel RSR above the average crypto start-up.

At the time of writing, the market cap of the RSR coin is $220 million, which combined with RSV’s $30 million market cap values the ecosystem at a total of $250 million. The RSR coin is trading at $0.015 and the RSV coin remains stable at $1.

Price chart for RSR coin over the last two years.

The token has since depreciated in the $0.01-0.02 range where it has been trading for the first months of 2022. The Reserve Rights token is tied to the crypto market as a whole similar to other altcoins. When Bitcoin (BTC) was making new all-time highs, this momentum was also reflected in the price of RSR. During the recent market downturn, most altcoins depreciated.

A bullish thesis for the future of RSR is that they have the potential to expand to other continents and increase their reach substantially. If the market in other regions facing hyperinflation accepts the Reserve app, the value of the RSR coin might appreciate as a result.

Reserve Rights has a noble mission to help the unbanked in affected regions get access to stable currencies, but it is still in the early start-up stages and the team is actively working on improving the product before expanding to new markets. Reserve has helped people move hundreds of millions of dollars in Latin America and will bring new solutions for stablecoins and expand the scope of what RSR could do.

The full Reserve protocol on the Ethereum mainnet is not active yet, but the Reserve mobile app is working and processing tens of thousands of transactions per day. The backing of the project and the support of the crypto community will likely propel it into becoming one of the biggest humanitarian tech startups.