Home > Tips & Tricks > What To Tell People Who Think NFTs Are A Scam? >

What To Tell People Who Think NFTs Are A Scam?

NFTs have exploded into a multibillion-dollar industry, leaping over the $4 billion mark at the start of 2022. NFTs have a habit of attracting a lot of hype, and from CryptoKitties in 2017 to Axie Infinity today, that’s stayed the same. What’s changed is the number of scams related to NFTs. Earlier this year, Google trends reported peak searches for the term “NFT scam.” 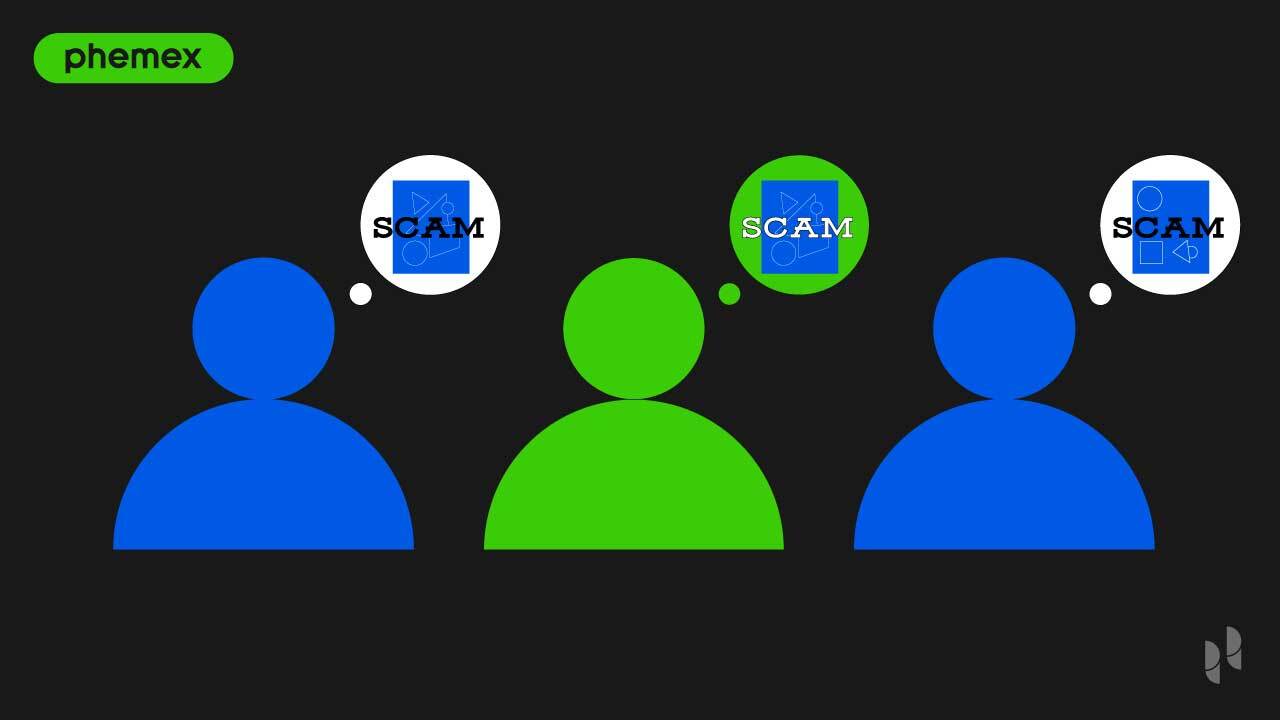 While NFTs create an immutable digital record of ownership and access to various exclusive communities, the amount of attention and money they generate, coupled with the pseudonymous and unregulated nature of the space, makes them incredibly vulnerable to hacks and scams.

However, NFTs as a whole are not a scam. So when talking to the skeptics, it’s important to help educate them on how to separate the good and valuable NFTs from the ones that should be ignored.

Are NFTs a Scam?

While not all NFT projects are scams, there has been a recent rise in fraudulent projects. Some of the common types of NFT scams include:

The most common scam in the NFT world is a phishing scam. Scammers will create a fake website or Discord server that looks very similar to an official channel. They will ask you to send your private keys or other sensitive information. Once they have this information, they steal your tokens and disappear forever with your money.

Users of the largest secondary NFT marketplace, OpenSea, recently fell victim to a phishing attack, where scammers ran away with assets worth $1.7 million. It’s not fully apparent how the perpetrators managed to steal NFTs from the original owners’ wallets, but the theory and evidence are that those who were affected fell victim through an email they received.

NFT “pump-and-dump” schemes are no different from regular pump-and-dumps. If you’re unfamiliar with the term, this refers to when an individual or group buys up large amounts of NFTs or cryptocurrencies to artificially prop up prices, thereby driving the demand. Once the asset’s price has been sufficiently inflated, the group sells its tokens for massive profits. When the news gets out, prices nosedive, thus driving the value down and leaving investors with worthless assets. This scam is harder to detect and often leaves unsuspecting investors with huge losses. Some NFT projects have faced serious allegations for pump-and-dump practices. For example, The Athletic alleged that members of the SoRare fantasy football NFTs team bought up their own assets to hike interest in the project.

Another example of the pump and dump scam is Crypto Kirby, a YouTube channel that provided fake knowledge about various crypto mechanisms and technical analysis. In particular, it provided fake calls about scam coins, and dumping tokens on the market after the community pumped them. The concept behind Crypto Kirby was to attract new users to check their Crypto Kirby VIP Elite Telegram Channel and pay for access to Crypto VIP Signals. Also, the YouTube channel owners were anonymous and changed admins multiple times.

One common way fraudsters exploit airdrops is by sending malicious tokens to public wallet addresses. When wallet owners interact with them, they are inadvertently redirected to a phishing website, from where the scammer obtains the user’s private key. Scam airdrops are also known to encourage people to tweet or promote the phishing scam airdrop to receive token rewards.

Fractal, an NFT gaming marketplace built by Twitch co-founder Justin Kan saw their NFT Discord Server’s announcement bot get hacked, with scammers posting an airdrop announcement on the official channel. 373 Discord members followed the fake link in the message, and approximately $150,000 worth of SOL was stolen. 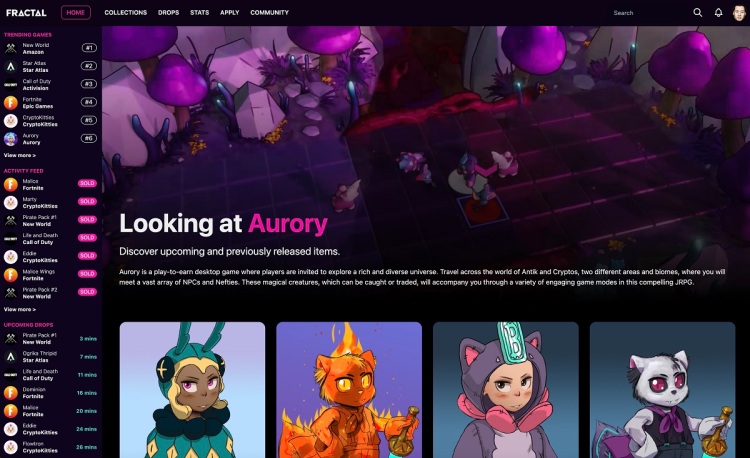 Some people create fake NFT projects with no intention other than to steal your money. Similar to pump-and-dump scams, rug pulls are when it’s not just a few bad apples spoiling the barrel – the entire administration is dirty.

They make assurances of outsized returns, but in the end, these projects are hollow shells with no fundamentals or plan to make good on their promises. The phrase refers to the concept of pulling the rug out from under the investors’ feet.

A classic example is the Evil Ape NFT scam. The Evolved Ape’s fighting game was described as a collection of 10,000 unique NFTs trapped inside a lawless land, fighting for survival on the OpenSea marketplace. However, a week after the project’s launch, the developer (named Evil Ape), who had promised the game, vanished along with the project’s official Twitter account and website, siphoning 798 ETH ($2.7 billion) from the project’s fund through multiple transfers. Another NFT scam was the Rich the Kids rug pull, where the project’s developers and owners disappeared from the official Discord channel, and the floor price on OpenSea plummeted to 0 ETH.

How To Identify an NFT scam?

There are a few signs that an NFT project could be a scam. Some of these include:

Asking for your private key or other sensitive information

Airdrops that require you to tweet or promote them

Some airdrops will ask you to promote them to receive tokens in return. These aren’t necessarily scams because projects conduct airdrops as part of their promotional marketing. However, airdrops that focus on getting more addresses than promoting the project are usually shady. If you end up sharing one of these, you essentially promote a scam. Be careful before agreeing to promote any airdrop.

Projects that seem too good to be true

If a project appears too good to be true, it is. For example, if a project promises to give you outsized returns and make money more quickly than usual, it’s almost definitely a scam. Be careful while navigating lesser-known projects in the space.

An unsolicited offer is an offer that you didn’t request. This could be an offer to sell you a product or invest in a project. If an NFT project sends you an unsolicited proposal, be very careful before investing in them.

If you’re not careful with which projects you invest in, you could become a victim of an NFT scam. We recommend doing your own research on any project before investing, especially ones that contact you with unsolicited offers or request sensitive information.

By learning about these scams and taking precautions, you can protect yourself from becoming a victim. NFTs are new and exciting, but as with anything with hype, they’re also susceptible to malicious intent. It’s vital to understand the signs of a scam and take precautions before investing in any project. However, as the NFT market matures, the risk of scams is likely to decrease.